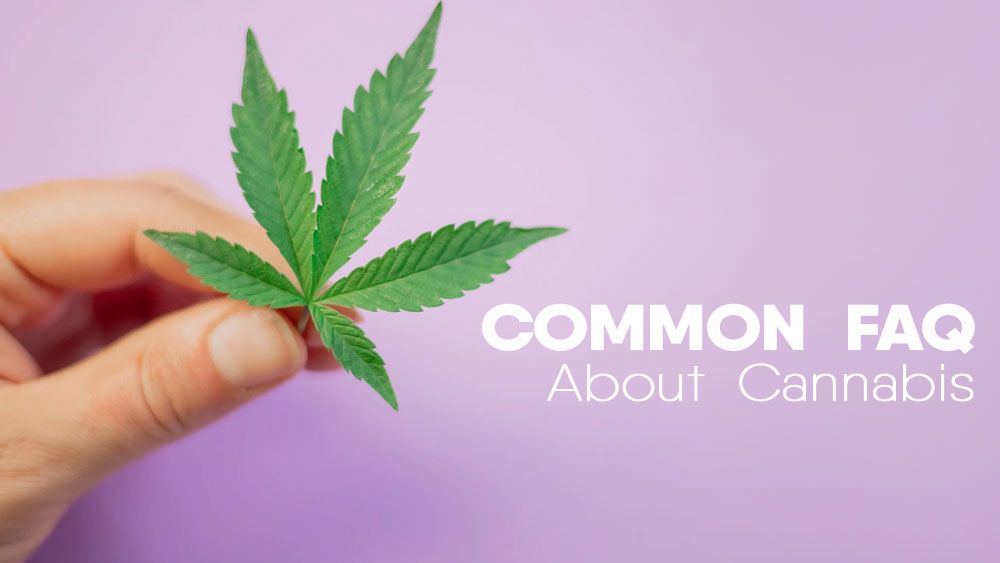 Marijuana, also called cannabis, weed, pot, and dope, is a plant containing tetrahydrocannabinol (THC) and other active compounds such as cannabidiol (CBD). The main cannabis plant, known as Cannabis Sativa, is a member of the Cannabaceae genus of plants.

Is cannabidiol the same thing as marijuana?​

Marijuana is different from cannabidiol (CBD). CBD is one of the many compounds within marijuana, while marijuana itself refers to the plant and its parts, such as the leaves, flowers, stems and seeds. CBD, unlike THC, does not cause a "high" feeling by itself.

How is marijuana used?​ 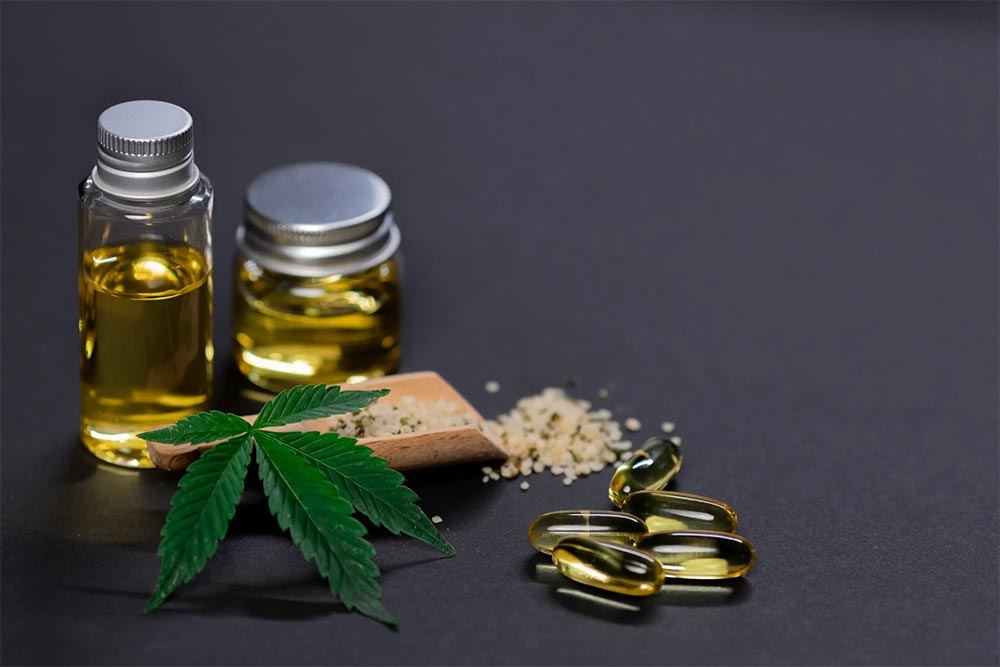 Marijuana can be used in several ways, such as smoking in "joints" similar to cigarettes, in blunts similar to cigars, or in bongs. It can also be mixed with foods, such as cookies, brownies or cakes. Food which has been mixed with marijuana are commonly referred to as edibles.

In more recent years, marijuana can also be vaped using electronic vaporizers. Compounds from marijuana, such as THC or CBD, can also be made into oils which can be vaped, inhaled, or smoked, which is known as "dabbing".

How much THC is in edibles?​ 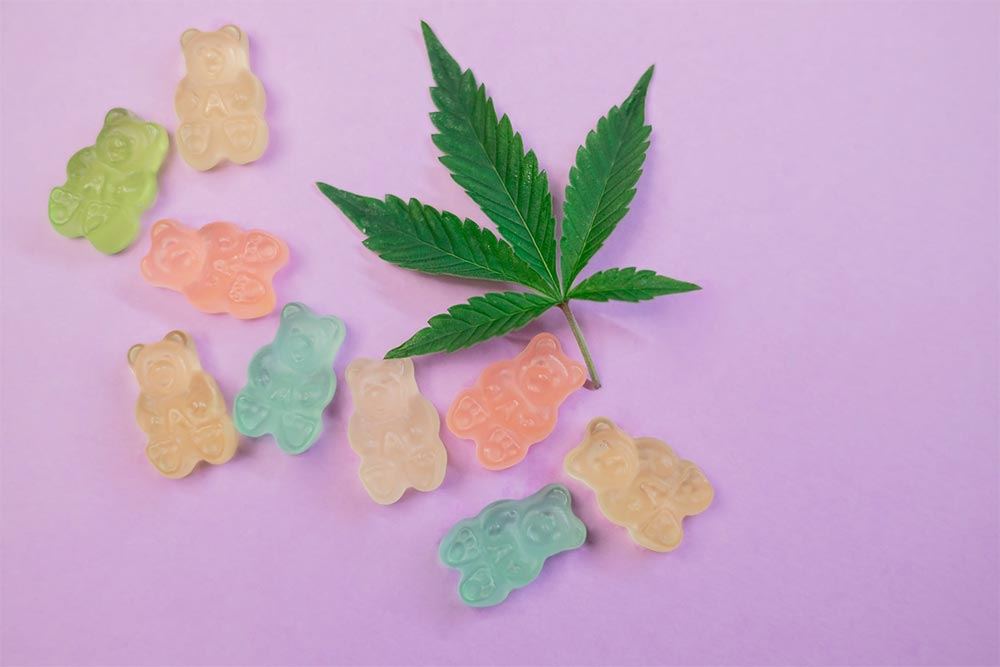 Do stems contain THC? Can you smoke weed stems?​

Unfortunately, the stems of the marijuana plant contain little to no THC. Whatever amount is available within the stems is not nearly enough to produce a high.

What determines how someone is affected by marijuana?​

There are a number of factors which determines the effects of marijuana on a person:


How does marijuana work?​

Marijuana is a psychoactive plant, in that it affects cannabinoid receptors in the brain which communicate with the nervous system. This affects things like appetite, memory, coordination, and sensations of pleasure or pain.

What happens if you use marijuana?​

Some people don't feel much different when taking marijuana, though most will feel relaxed or high. Many people also experience greater creativity, an increased appetite, or a reduction in certain bodily pains.

How long does marijuana stay in the system? How long will marijuana show up on a drug test?​

What are the medical benefits of marijuana?​

Research has shown that the active compounds in cannabis, including THC and cannabidiol (CBD) can help with the following issues:


Is marijuana different than hemp?​

The different names for cannabis, including marijuana, reefer, weed, pot, hemp, and grass, technically refer to the same thing. However, hemp typically refers to cannabis plants that have not been grown or bred to contain more than 0.3% THC content.

Are there different kinds of marijuana?​

Different hybrids of the cannabis plant are known as strains, and will often look, smell or taste different, or produce somewhat different effects. Breeders and growers produce different strains of marijuana by combining plants with the desired traits together.

What are the most popular marijuana strains?​

According to several ranking sites and polls from 2020-2022, some of the most popular weed strains are:


Is marijuana a weed?​

It's a common misperception to call marijuana a weed, referring to fast growing undesirable plants which we commonly find in our yards or lawns. However, marijuana specifically refers to the Cannabis Sativa plant, which is a species of the Cannabaceae family. It's also noteworthy that there's no biological definition of a "weed" as we think of them, but rather is a general catch-all phrase for pesky plants we don't want growing around us.

How tall does marijuana grow?​

The height of a cannabis plant depend on different factors - such as whether you're growing in or outdoors, access to sun, available root space, and genetic disposition of the plant. Generally, indica strains are shorter, while sativa strains grow tall and thin under the same conditions. Autoflower strains can grow between 1.5 and 3.5 feet.

What are autoflower weed plants?​

How many grams are in an ounce of weed?​

It's common to hear about grams and ounces when talking about marijuana. Both are typical amounts when measuring weed. There are roughly 28 grams per one ounce of marijuana.

How to grow marijuana?​

THCFarmer has in-depth resources on growing cannabis and growing marijuana from seeds, from some of the best experienced growers in the industry. If you're looking for outdoor marijuana grow guides, check out our General Outdoor Marijuana Growing forums with helpful tips and photos. For those looking to grow weed indoor from seeds, check out our Indoor Marijuana Growing forums with subtopics on everything from hydroponics, lighting and more.

How long does it take to grow marijuana?​

The lifecycle of the cannabis plant is made up of several stages of growth. It can take anywhere from 4-8 months to fully grow a cannabis plant, depending on factors such as soil, lighting quality, space and whether you're growing weed indoors or outdoors. Ideal indoor setups can see marijuana plants flowering in a number of weeks.

The growth stages of a marijuana plant:

Where to buy marijuana seeds?​

If you want to buy marijuana or weed seeds online, look no further than our Cannabis Seeds Store. We provide seeds safely from some of the best and most reputable growers on the planet. In addition, we also partner with providers for other products for your marijuana grow, such as lighting, nutrients, soils, pots & trays, and even starter kits.
Click to expand...