How can I identify a female by seeing its pre-flowers?

These pictures and quotes were donated from a sexing thread about identifying females by their pre-flowers (primordia) which was authored by "Crazy Composer". The pictures alone speak a thousand words... 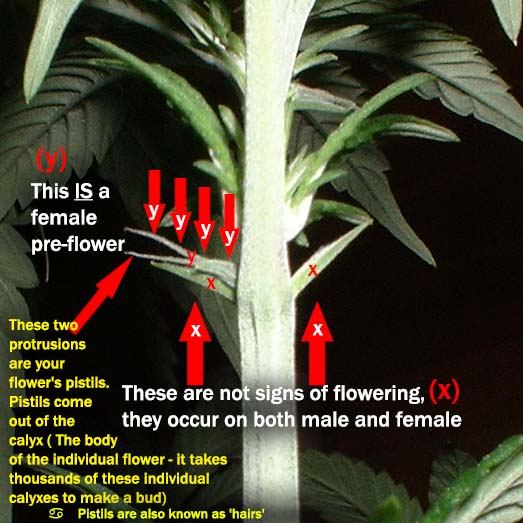 Note: The plant parts marked with an "X" are called "stipules", they appear on both male and female plants.


This diagram shows the difference (on a slightly more mature plant) between genuine pre-flowers and actual bud sites, which are - in fact different animals altogether. 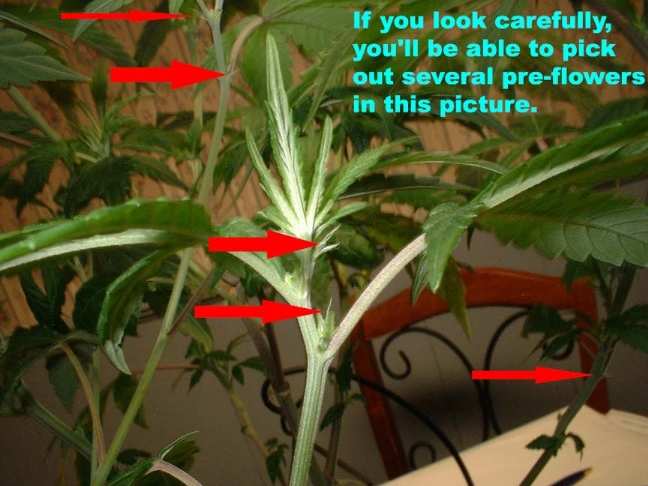 From a further distance, but quite clear-cut.
I know how it is for some of the newer growers who are eagerly anticipating their first view of an actual marijuana flower. Well, this is what it looks like, play your cards right and you'll have thousands of these hairs clumped tightly together and covered in crystals that will smell so nice. Don't worry, it's coming. 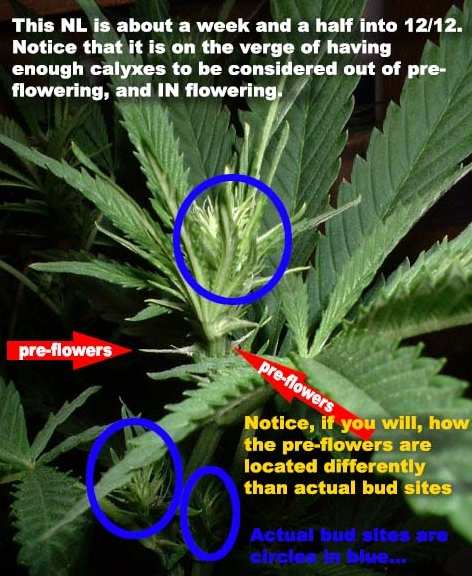