Show me how to do early vegetative pruning and FIM 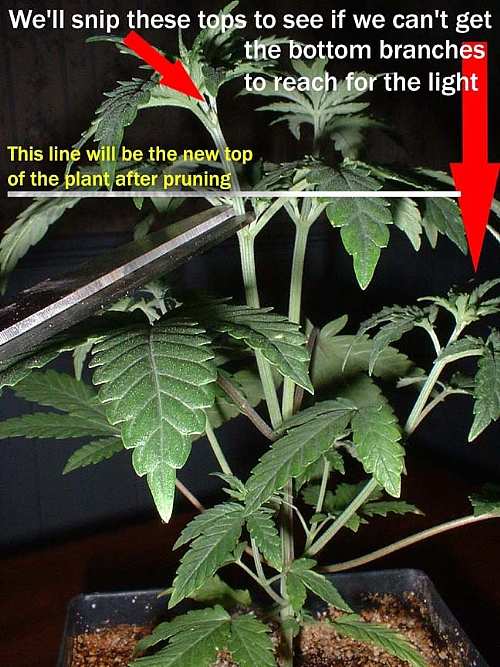 After the tops come off, there's a window of opportunity to get those second-story branches to reach up to the top floor and stay there. After I've got the four main tops at the same level (more or less) and the plant is throwing growth shoots on those top branches, I'll FIM those new shoots at the top. This creates a thick canopy of bud sites at the top, and the secondary bud sites are close to the top as well. I use this method for plants that will finish flowering at about two & one-half feet. Anything shorter, like in a clone, quick turnaround garden, the FIMing should happen straight away. FIM it early (fourth or fifth leaf set) to keep it short. These seedlings were topped at the fourth node (leaf set), and FIM'd later to gain height. 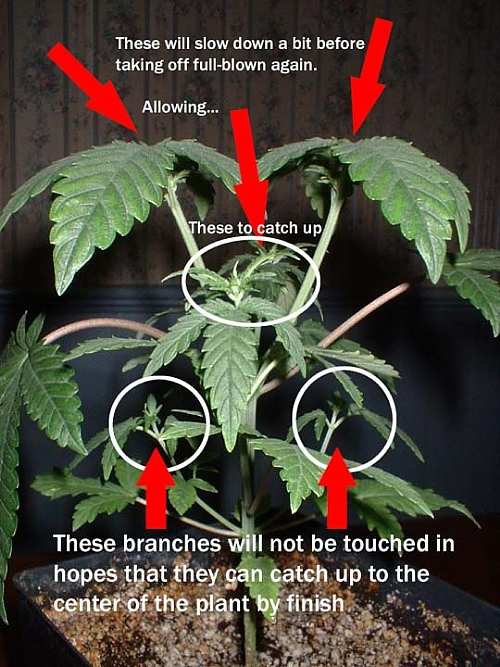 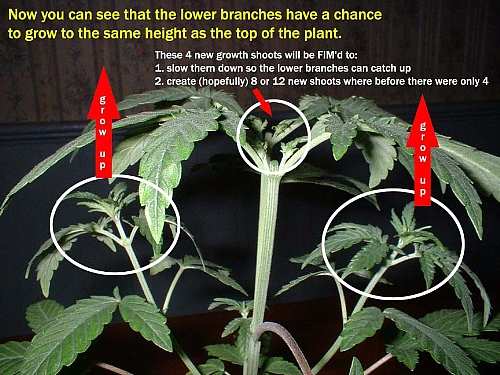 Group before the Battle 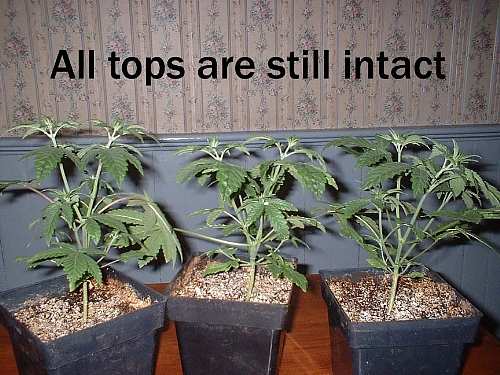 These are the NLs before boot camp. 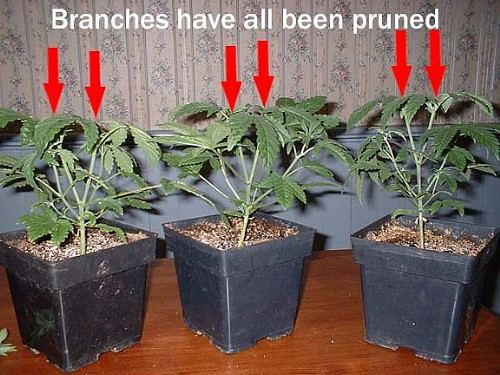 The soldiers, waiting for their next assignment. (after pruning)

The results are in! 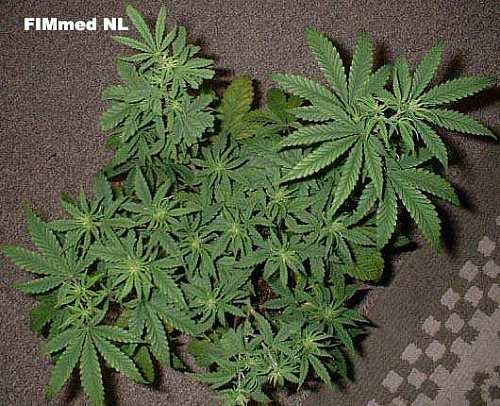