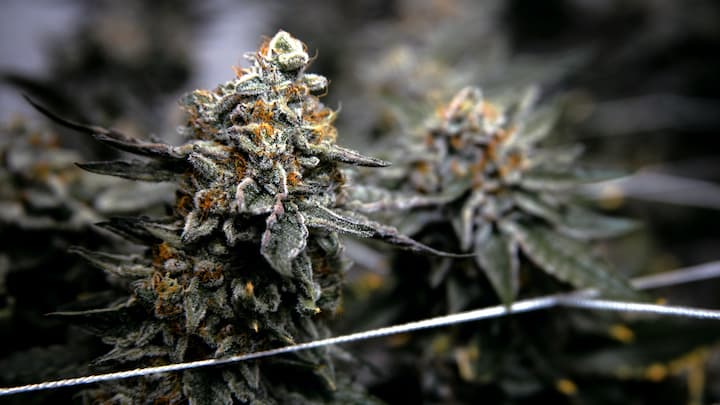 Basic Cannabis Information: An Introduction to Cannabis
Cannabis, marijuana, weed, herb, pot, smoke, dank, loud, crisp or whatever you call it, refers to a leafy green, reddish, orangish, whiteish, sometimes even pinkish, purplish color material that is rolled into joints, blunts, or packed into cones, bowls, bongs, or vaporizers. People enjoy cannabis because of the buzz or high that comes from it.

Some people use cannabis for fun in the same manner someone would drink a beer or glass of wine. Some use it to relax and calm down at the end of a long day. Some use cannabis to help the symptoms of chronic pain, stress, depression, arthritis, migraine headaches, menstrual cramps, loss of appetite, insomnia, seizures, muscle spasms, PTSD and more.

Cannabis is a plant that has been around for thousands of years possibly longer. Over the last 100 years or so, governments around the world demonized and criminalized cannabis. Finally, after decades of ill-informed marijuana prohibition, many places are starting to learn the truth about cannabis. Sadly, many governments are still blinded by the benefits of “marijuana prohibition”.

Authority figures globally have used cannabis as a tool to control people. They arrest, incarcerate, and in some places even shoot people over cannabis possession and distribution. The prohibition of cannabis was used as a tool of racism in places like America where people of color are said to be 5-6 times more likely to be arrested for cannabis than a white person.

The punishment for the possession, cultivation, sale, or distribution of cannabis varies from place to place and the circumstances surrounding the possession. For example, the amount of cannabis, were scales present, was it prepackaged into weighed out portions, and where all of this takes place determines, if a person risks punishment over cannabis or not.

Cannabis is a leafy green plant that produces a flowering fruit called buds. The plant is grown for many weeks through the flowering stage before being harvested and cured for consumption. Cannabis plants can be found all around the world and grow in many different climates, though most cannabis plants thrive between temperatures of 70-90F.

It is believed that cannabis is native to central Asia and India but as mentioned it can be found all around the world these days. Cannabis grows in the form of male/female plants and cannabis/marijuana or hemp. Male plants are used for pollen and breeding. Female plants are cultivated, harvested, and cured for medical and recreational consumption.

The difference between cannabis/marijuana and hemp is in the amount of THC found in the plant. Cannabis/marijuana has moderate to very high levels of THC ranging between 11-30% THC. Hemp has virtually no THC containing only a miniscule 0.3% THC in the US and 0.2% THC in the UK. Hemp is sought after for its rich CBD content and the other phytocannabinoids, vitamins, minerals, aminos, and terpenes.

The cannabis plant is rich in phytocannabinoids and terpenes. It also has an abundant amount of vitamins, minerals, and aminos. Phytocannabinoids are plant-based cannabinoids found in cannabis like THC, CBD, CBN, CBG, and dozens of others. THC is the main psychoactive component present in cannabis and the most regulated and banned aspect of the plant. CBD is not psychoactive and does not produce intoxicating effects. CBD is just starting to be allowed in many places where cannabis is still illegal.

What Are Cannabis Terpenes​

Cannabis terpenes play an important role in how cannabis tastes, smells, and makes you feel. They may even play a vital role in the amount of cannabinoids that are absorbed by cannabinoid receptors throughout the body. Without terpenes, cannabis wouldn’t be the same.

Terpenes are not only found in cannabis, but they’re also found in other plants, trees, bushes, and shrubs. Terpenes are often added back to many cannabis products after the extraction process in order to give the product a pleasant taste that resembles the natural one.

How Does Cannabis Work?​

Cannabis works when it is consumed or ingested via smoking, eating, vaping or one of many other methods of consumption. THC or delta-9-tetrahydrcannabidol is the main psychoactive compound responsible for the intoxicating effects of cannabis. Cannabis can do more than just give you a buzz, it can offer relief for a wide array of symptoms and conditions where other options have failed.

Cannabis works in conjunction with the endocannabinoid system (ES or ECS). This system is found in every mammal on the planet and some insects too. When phytocannabinoids enter the body, they are absorbed by cannabinoid receptors located through the body. Together with the ES, they work to help the body achieve and maintain homeostasis.

As cannabis legalization happens in more places around the world, research surrounding this widely misunderstood plant will begin to advance. When it comes to cannabis, there is so much more to it than smoking it. There are endless potentials when we start to embrace the many therapeutical attributes of medicinal cannabinoid therapies.
Click to expand...