Preflowers, as opposed to full blown flowers, generally appear after the fourth week of vegetative growth from seed. Check carefully above the fourth node. Please note that preflowers are very small and and almost impossible to differentiate without magnification. A photographer's 10x loupe is handy indeed when examining preflowers. 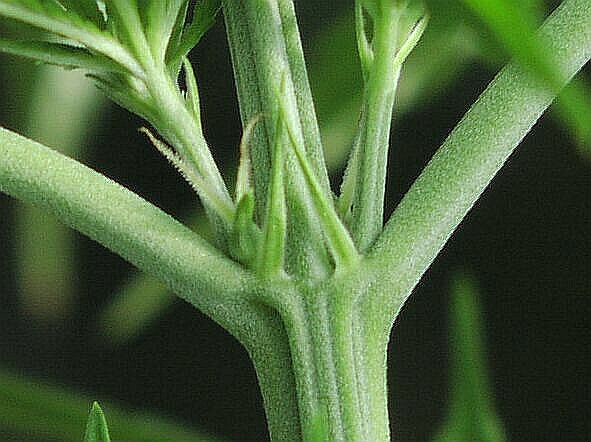 The male preflower may be described as a "ball on a stick." However, its most recognizable feature is its absence of pistils. Sometimes, a male plant will develop mature staminate flowers after prolonged periods of vegetative growth. These appear in clusters around the nodes.

The following image shows a male plant in early flowering. Staminate flowers are located at the node between the stipule and emerging branch.