What is an hermaphrodite?

An hermaphrodite, or hermie, is a plant of one sex that develops the sexual organs of the other sex. Most commonly, a flowering female plant will develop staminate flowers, though the reverse is also true. Primarily male hermaphrodites are not as well recognized only because few growers let their males reach a point of flowering where the pistillate would be expressed.

Hermaphrodites are generally viewed with disfavor. First, they will release pollen and ruin a sinsemelia crop, pollinating themselves and all of the other females in the room. Second, the resulting seeds are worthless, because hermaphrodite parents tend to pass on the tendency to their offspring.

Please note that occassionally specious staminate flowers will appear in the last days of flowering of a female plant. These do not drop pollen and their appearance is not considered evidence of deleterious hermaphroditism.

Here's an image of a hermaphrodite, specifically a female plant with staminate flowers. 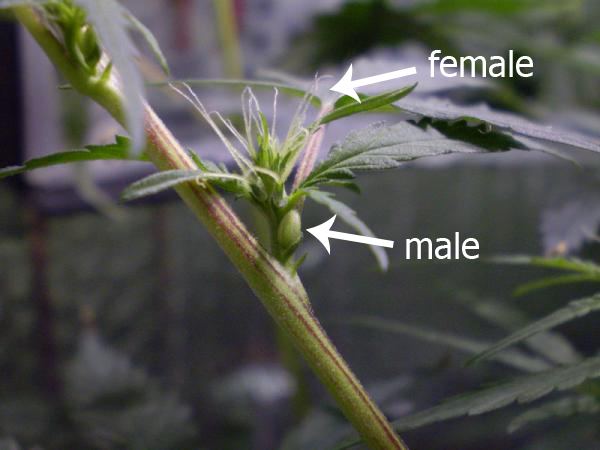