250,000 Americans Work In Legal Cannabis And Jobs Are Growing 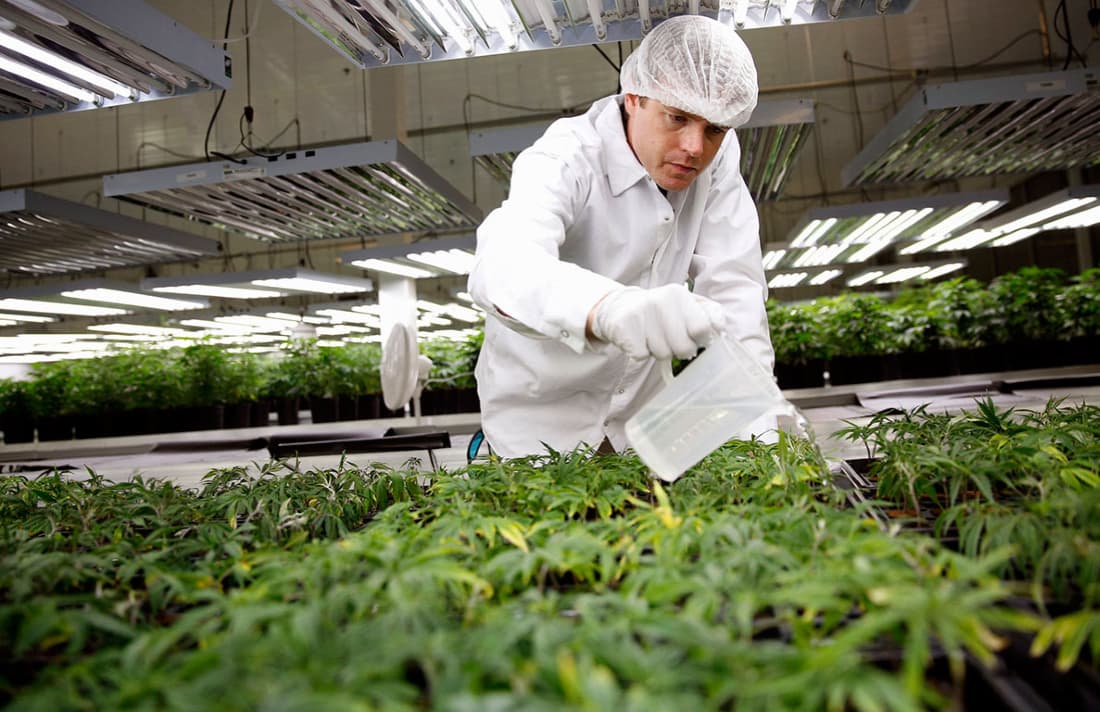 About a quarter of a million people currently work part-time or full-time in the cannabis industry according to Leafly.com and those numbers are expected to grow significantly as marijuana legalization expands into new states and as nascent markets become more established. California, by dint of sheer size, as well as its long history of legal medical marijuana, represents the state with most cannabis jobs. Washington state and Colorado, the first two to legalize recreational use, are next on the list. Even more conservative states like Oklahoma are on track to add thousands of jobs in cannabis. 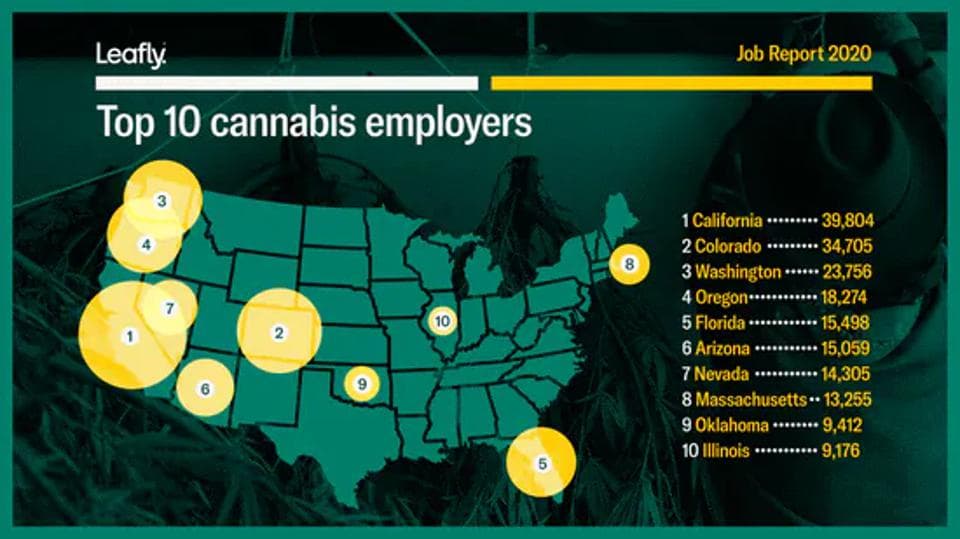 Few industries require such a wide gamut of expertise to run, from agriculture to new product development to chemical testing to retail, all accompanied by an extra layer of rules and regulations. That’s according to David Belsky, chief executive of FlowerHire, a staffing and talent strategy firm that serves the regulated cannabis industry. Salaries vary widely by state but jobs are available for people at all education levels Belsky said. There’s work for delivery drivers, bud trimmers and retail salespeople, as well as manufacturing and finance professionals, PhD chemists and horticulturists, and more.

Employees in traditional job areas like accounting, legal, security, manufacturing and retail operations, can draw heavily on experience in other industries, adapting that professional knowledge to the cannabis marketplace. Others with titles like compliance director or cannabis growing director require more specific knowledge and training.

One benefit of cannabis jobs to U.S. states is “they can’t be moved out of state,” said Belsky. That’s due to federal regulations prohibiting cannabis from crossing state lines. Cannabis has to be grown, processed and sold in the state in which it is consumed.

As the markets develop in each state in their own ways, so do the job types. States or towns that allow delivery translate to more jobs for drivers, security people, and in vehicle maintenance. States where retail shops are proliferating will need savvy marketers to combat the competition. Locales considering cannabis consumption clubs might draw from the dining and entertainment industries. And wherever there is new legalization, tech entrepreneurs will be needed to create seed-to-sale tracking software and keep that software up to date with changing rules.

Sales are growing in every state where medical or adult use (recreational sales) are allowed said Belsky, and that means jobs are growing. “Many other industries are faltering right now, but not cannabis.”
Reactions: amekins and Melmiller