Cannabis And National Decriminalization: The Story So Far 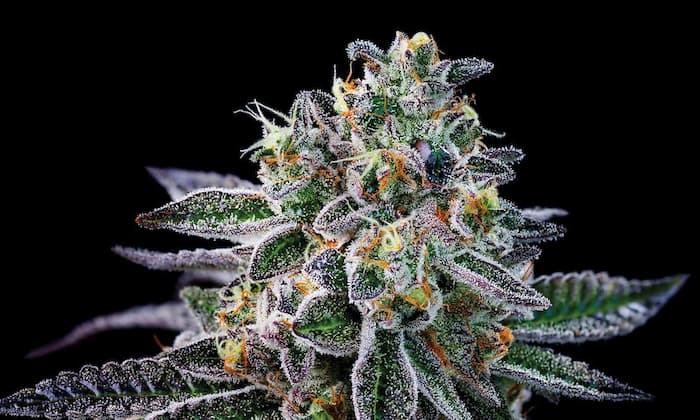 Cannabis legalization or decriminalization (we'll get to the difference in a bit) is one of several issues set to test Democrats' slim majority in Congress, along with a $15 minimum wage hike and making Washington, DC, the 51st state.

At the federal level, cannabis continues to be prohibited across the board, resulting in a legally dubious gray market operating in the 42 states with loosened marijuana laws. In contrast, about a third of all adults in the US have access to recreational marijuana, thanks to a patchwork of state and local regulations that have legalized or decriminalized the substance to some degree.

Although full-scale, nationwide legalization is likely a ways off, some Washington lawmakers have signaled that they'll soon introduce legislation to start reversing the federal ban on marijuana. The question is, what kinds of changes to cannabis law might happen in the near future?

Without a supermajority of 60 votes in the Senate, Democratic leaders will most likely have to court Republican lawmakers in order to pass any substantial legislation. (That is, of course, unless Democrats get rid of the legislatively obstructive filibuster, thus opening the Senate to a simple majority rule, as we'll explain.)

It's still a bit too soon to really be able to predict the future of cannabis in the US, but here's a look at the current landscape as well as a snapshot of what could be in store down the road.

How many states have legalized cannabis sales?
Some form of marijuana is legal in all but eight states, but there are vast differences in what is and isn't legal among the remaining 42. Here's how it breaks down:
What's the difference between legalization and decriminalization?
Generally speaking, cannabis "legalization" means passing laws that allow the buying, selling and possession of some amount of marijuana. Those laws can have restrictions surrounding age (usually you must be at least 21 years old) and the amount of marijuana you're allowed to buy, sell or have in your possession at once. But so long as you abide by those laws, you're legally in the clear.

What does federal law say about cannabis?
Marijuana is illegal at the national level per the 1970 Controlled Substances Act, which specifically prohibits the Cannabis sativa L. plant species and any material derived from it (seeds, resin, leaves, etc.). That law was then modified in the Agriculture Improvement Act of 2018, which allows for plant material with trace amounts (no more than 0.3% on a dry weight basis) of the primary psychoactive drug, THC (in other words, hemp and CBD products).

What are the arguments in favor of easing cannabis regulations?
In a joint statement published Feb. 1, Democratic Senators Cory Booker, Ron Wyden and Chuck Schumer announced plans for comprehensive cannabis reform legislation. The lawmakers wrote that current laws disproportionately harm people and communities of color and that reform is needed to "ensure restorative justice, protect public health and implement responsible taxes and regulations."

A 2019 Forbes survey revealed several other reasons why supporters of cannabis reform believe marijuana should be legalized. These were the most popular responses:
What are the arguments against cannabis reform?
That same Forbes poll also asked people opposed to cannabis reform what their reasons are for wanting to keep marijuana illegal. Their top responses were:
What kind of cannabis legislation could Congress pass?
Although there is some degree of support for full-blown decriminalization of marijuana, mostly among Congressional Democrats, some analysts suggest Washington is more likely to enact a law similar to the Safe and Fair Enforcement Banking or SAFE Act, which passed the House in 2019 with strong bipartisan support but was never taken up for a vote in the Senate. Such a bill would eliminate current laws that prohibit banks and other financial institutions from providing financial services to cannabis-affiliated businesses. Eliminating such roadblocks could potentially open up financial tools and resources that "cannabusinesses" could then use to expand their operations.

What are these 'cannabusinesses' and how can I invest?
A number of cannabis-related businesses, mostly Canadian, are already traded publicly on US stock exchanges and have spawned several cannabis-based exchange-traded funds, or ETFs, which allow smaller retail investors to diversify across the entire industry, from cultivation to consumption. The cannabis industry's biggest player, a company called Curaleaf, dropped 16 million shares on the market in January, bringing in $300 million in less than 24 hour, which analysts see as a sign of a bullish market to come.

Would the US decriminalize cannabis entirely?
Currently, there doesn't appear to be enough support on both sides of the aisle for comprehensive cannabis law repeal, most of whose proponents are Democrats. Any senator opposed to such a bill could invoke the filibuster, which requires 60 votes to overcome. With only 50 Democratic senators out of 100, broad bipartisan support will be required to pass any legislation on the floor of the Senate, including cannabis reform.

Isn't there a way around the filibuster?
Much ado has been made lately regarding Democrats' possible use of a legislative tool called budget reconciliation in order to pass a $1.9 trillion stimulus bill without Republican support. That particular legislative maneuver, however, is extremely limited in scope, allowing only changes to revenue, expenses and debt. That makes nearly impossible to use budget reconciliation for laws related to the cannabis industry, such as the aforementioned SAFE Act.

There is another, so-called "nuclear" option: The controlling party (currently, Democrats) could initiate a rule change that would effectively dismantle the filibuster and allow bills to pass the Senate with a simple majority (i.e., 51 votes). By way of a rather convoluted series of parliamentary procedures, such a rule change itself could be put into effect with a simple majority supporting it.

Have there been any previous attempts at repealing cannabis laws?
In December 2020, the House of Representatives passed a bill called the MORE Act that would've decriminalized marijuana and expunged nonviolent marijuana convictions across the country. The law was never put to a vote in the Senate, and similar legislation is not expected to succeed in the chamber given its current makeup. Equally divided between Democrats and Republicans, still require at least 60 to break a filibuster.

During President Barack Obama's administration, the Deputy Attorney General James M. Cole issued a memo that came to be known as the Cole Memorandum, which instructed federal law enforcement organizations to focus their efforts on marijuana-related crimes that didn't conflict with state laws -- selling to minors, for example, or preventing diversion from states where it had been legalized to states where it had not. The policies outlined in the Cole Memorandum were later reversed by Attorney General Jeff Sessions under President Donald Trump's administration.

What's public opinion on the matter?
Public sentiment appears to be generally in favor of loosening marijuana laws. Polls from both Gallup and Pew Research Center published in November show about two-thirds of people in the US support legalizing cannabis sales. That support carried over into the voting booth in the November election, when initiatives in four states to legalize or decriminalize some form of marijuana all passed.

Much of the impetus to legalize cannabis stems from claims of its medicinal properties. Here's what the research says about using CBD for muscle pain and to improve your workout performance. Cannabis consumption, too, continues to go high-tech, like with this incremental dosing gadget that allows users to personalize their dose down to the milligram.