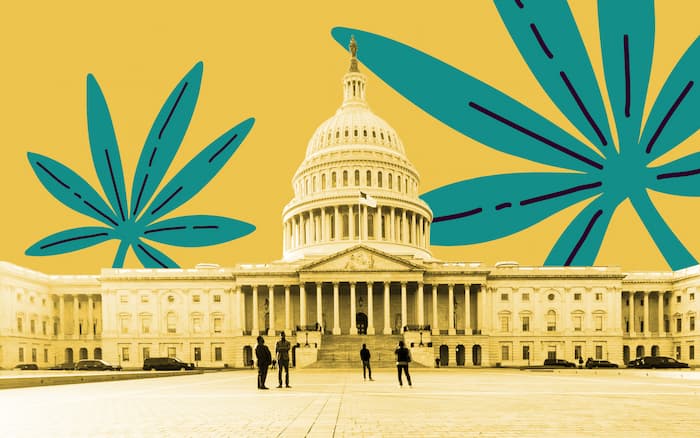 What’s more, Kelly argues that the revenue and taxation from medical cannabis sales could be used to support Medicaid expansion (h/t The Kansas City Star).

This is in contrast to the claim that the Sunflower State doesn’t have enough funds to support the expansion of Medicaid to help around 165,000 low-income residents.

“You have heard many of the comments coming from the opposition have been we can’t afford it,” Kelly said. “We have just designed a bill that pays for itself and more.”

Health insurance is a big issue in Kansas, with more than 200,000 state residents being uninsured, mostly because they have too high of a salary to qualify for Medicaid, and still not enough to pay for their healthcare insurance, the report continued.

The suggested expansion would enable around 130,000 of those uninsured to be eligible for Medicaid at the beginning of the following year.

“Governor Kelly envisions a Kansas where you can choose not to work and the taxpayers will foot the bill for you to stay home and smoke supposedly medical marijuana,” House Majority Leader Dan Hawkins said. “While the Governor is focused on high hopes and pipe dreams, Republicans continue working to create jobs and rebuild the once strong economy.”

Kelly’s proposed bill would help create a regulatory framework for the cultivation, testing, distribution, and purchase of medical cannabis, further enabling the state to prosper from collected revenue taxes. The governor explained that the proposal was inspired by Ohio’s medical marijuana law which limits usage to “qualified” patients with a doctor recommendation only.

Per The Kansas City Star, Kelly noted that earlier proposals for medical marijuana legalization were projected to bring $50 million annually and that the legalization would, on one side, hold on to the residents and enterprises in the state and, on the other, provide necessary help to those who are ill.

68% percent of respondents said they support cannabis legalization, while 32% were against it. Out of three criminal justice proposals, marijuana legalization was the most welcomed. The other two proposals:

Repealing the death penalty, which gained support from 56% of those surveyed
Removing mandatory minimum sentences for some offenses, which gained 55% votes
Democrats and Republicans are generally both in favor of adult-use cannabis legalization. A demographic analysis shows Democrats with bigger support (80%) versus Republicans (51%). There's strong support overall — 79% of young residents, 57% of older residents, 78% of black voters, and 65% of white voters.

According to the outlet, the bills to legalize marijuana already passed several committees in the legislature, ahead of an upcoming mid-session deadline to get them to floor votes on Friday.

On the heels of the two bills presentation Emily Kaltenbach, Senior Director for Resident States and New Mexico for the Drug Policy Alliance issued the following statement that questions the social justice aspect of one of them:

“Although there are some similarities between these bills, there is a stark difference in who is prioritized by each. The Senate version fails to include comprehensive social justice and equity provisions that are necessary to right the wrongs of the failed war on drugs.”

Kaltenbach noted that when creating the bill, one should have in mind the lives of people, and not only business interests.

“New Mexicans are absolutely ready to see marijuana legalization become a reality in the state, but they have made it clear that repairing the damage done by the drug war is non negotiable,” Kaltenbach added. “Any legislation considered this session must reinvest back into communities most harmed by drug prohibition, particularly Hispanic/Latino, Black and Native populations in New Mexico.”