CBG vs CBD: What Are the Differences? 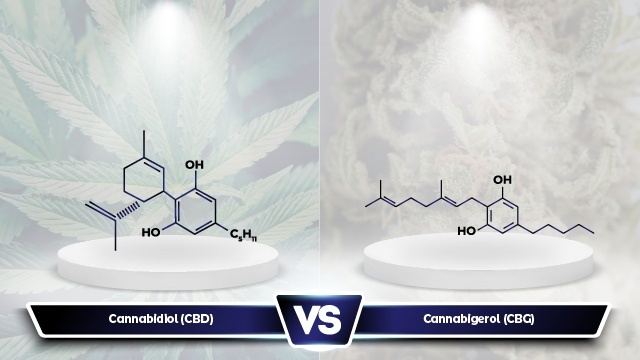 Products containing cannabidiol (CBD) have exploded in popularity over the past few years, as the cannabinoid’s reputed anti-inflammatory and anti-oxidant effects have made it into a trendy ingredient for skincare brands and “wellness” products.

As the major non-intoxicating component in cannabis, CBD is fairly abundant in common cannabis strains, making the cannabinoid’s isolation and use easily translatable to commercial product making operations.

But recently another non-intoxicating cannabinoid has been making headlines as a potential therapeutic product. Cannabigerol (CBG) is a less abundant cannabinoid, but it has been observed to reduce inflammation, combat pain, and even slow the proliferation of some cancer cells.

CBG may sound similar to CBD on the surface, but dig a little deeper and key differences can be found. 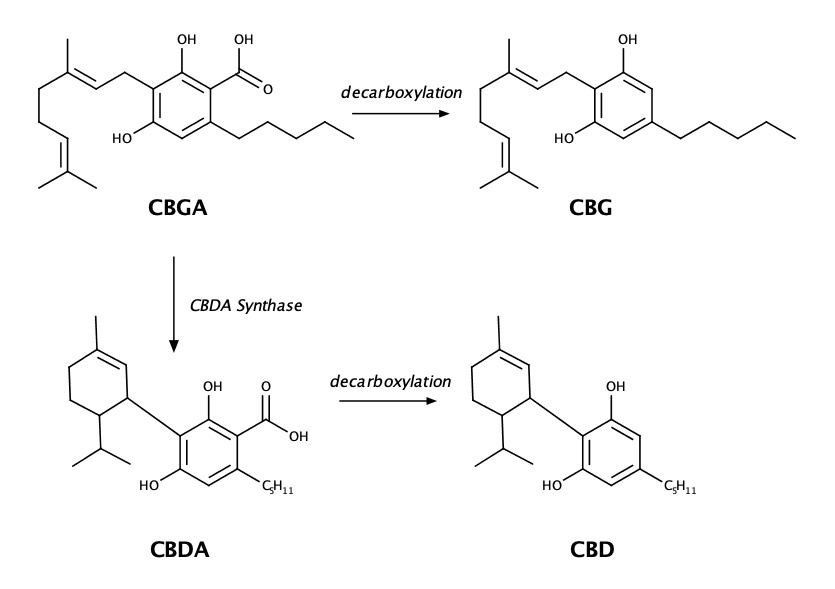 As the cannabis plant matures, CBGA, which is the acidic form of CBG, is converted by plant enzymes into some ratio of the three major cannabinoid precursors: tetrahydrocannabinolic acid (THCA), cannabidiolic acid (CBDA), and cannabichromenic acid (CBCA).

From the amounts of CBGA that are not converted into these precursors, or any of the other minor cannabinoids, CBG is formed through decarboxylation.

Due to this process, cannabis strains ordinarily contain very little CBG, often below 1 percent by weight. In order to obtain higher yields of CBG within cannabis, specialist plant breeders have begun experimenting with genetic manipulation and crossbreeding. Leafly reports that scientists have also successfully pinpointed the optimum extraction window for cannabis in order to preserve the highest amounts of CBG, recommending extraction be done around six weeks into an eight-week flowering cycle.

The psychoactive cannabinoid THC also produces its psychoactive effects though interactions with these receptors; CBG has been observed to work as a buffer to THC’s psychoactivity and can even alleviate the feelings of paranoia that sometimes come with consumption of high levels of THC.

Research is relatively sparse regarding the therapeutic benefits of CBG, when compared to the apparent wealth of information available on THC and CBD within the cannabis science community. But there are early studies linking the compound to a whole host of potential therapeutic uses, such as:

With no intoxicating effects and a vast number of potential therapeutic uses, why hasn’t CBG experienced the same swell in popularity as CBD?

The largest stumbling block to CBG’s realization as a common therapeutic treatment is the cost of its production. CBG is thought to be one of the most expensive cannabinoids to produce, so much so that it has been dubbed “the Rolls-Royce of cannabinoids.”

“That’s because most hemp only contains minute percentages of CBG, whereas there are now hemp strains that contain 20 percent CBD in the crop. If the CBG content of the same crop is only 1 percent, that means you need to extract 20 times the amount of biomass to get the same amount of CBG out.”

CBG also presents a problem to cultivators. The longer that a cannabis plant matures, the more chance there is that the CBGA and CBG present in the strain will be converted into other cannabinoids. This leaves cultivators with a choice: either grow cannabis with the express purpose of producing CBG, meaning that you can harvest the crop early before this conversion completes; or allow the crop to fully mature, so that some of the crop can be sold for other purposes but the rest will have a lower CBG content for extraction.

As well as requiring larger amounts of plant material compared to THC or CBD extraction, CBG extraction also requires the use of specialized production equipment. Due to the low levels of CBG present in cannabis strains, the chromatography apparatus that is used to isolate and purify CBG extracts need to be as precise as possible, in order to not necessitate using even more raw cannabis or hemp material than is absolutely needed. The cost of this high-performance chromatography apparatus can be a high, up-front production cost for processors who may not already operate this equipment in their standard processing procedures.

“The cannabinoid specific markets are going to wildly fluctuate for another few years until the demand evens out,” added Rowland. “I do think it will remain considerably more expensive than CBD for a long time, but if CBD prices drop, you’ll see CBG prices drop too.”
Reactions: Burned Haze