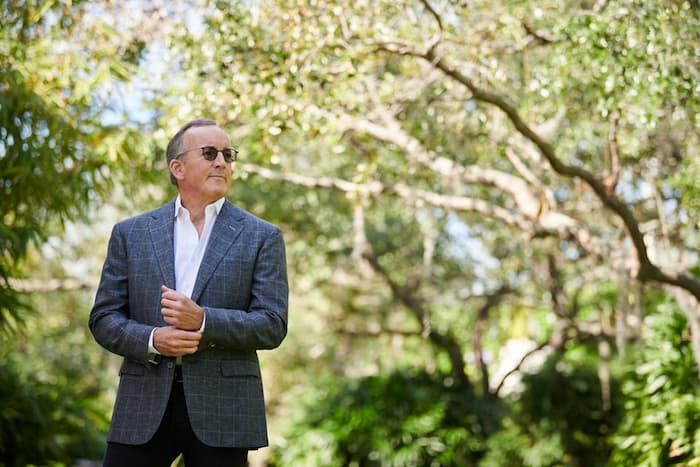 Parallel will merge with Ceres Acquisition Corp., a special purpose acquisition company, at a $1.8 billion valuation, the company announced on Monday. The deal is expected to close this summer.

Wrigley, who is chairman and CEO of Parallel, will remain at the helm once the deal closes. Scooter Braun will serve as a special advisor and help with branding and marketing.

Wrigley, an heir to the chewing gum fortune, believes his cannabis company could one day rival his family’s old business.

“I think this can be bigger than the Wrigley company,” he told Forbes during an interview last month. “At Wrigley, we brought joy to people’s lives. This is much bigger than that.”

Wrigley was the fourth generation to run William Wrigley Co., which his great-grandfather founded in the late 1800s, and took over as CEO and chairman the day after his father passed away in 1999. In 2008, Wrigley sold the family company by taking it private in a leveraged buyout to Mars, Inc. for $23 billion.

Parallel currently has 42 dispensaries in three states, 39 in Florida and the rest in Massachusetts and Nevada. The company plans to open new retail locations in Pennsylvania and Texas.

The merger with Ceres will also fund a national expansion plan, says Joe Crouthers, a former portfolio manager at Goldman Sachs who co-founded Ceres Group Holdings with Scooter Braun. In an investor deck, Parallel says it plans to expand to a total of eight states and open a total of 86 dispensaries by end of 2022. Parallel has applied for licenses New Jersey, where it wants to open one store, and Virginia, where it plans to open six dispensaries. The company also applied for a license in Georgia.

Parallel is also in talks to acquire a dispensary chain in Chicago, which would bring the company to the city synonymous with the Wrigley name.

Once the transaction closes Parallel will have $430 million in cash, which will help fund the company’s expansion.

Crouthers, who is currently the CEO of Ceres Acquisition Corp. but will become a director of the combined public company, says it’s time for cannabis companies to step on the gas. Changes to federal law are expected under the Biden administration and public attitudes towards cannabis is more favorable than ever.

“Now is the time to be aggressive,” says Crouthers. “We think it’s a great combination of skillsets—what Parallel has going for them and you add the marketing power of Scooter, and the war chest of capital to navigate what’s coming. A lot of change is ahead, and we think now is the time.”

Parallel also announced that investors, led by Ceres and Parallel, have committed to a $225 million private placement in public equity transaction at closing. The PIPE was over-subscribed, the company said.

Parallel will take over Ceres’ listing on Canada’s NEO Exchange, a small-cap exchange where many cannabis companies and psychedelic companies have gone public. Parallel will own 81% of the newly formed company’s equity.

Wrigley did not grow up smoking pot, but about five years ago his investment fund’s managing director convinced him that cannabis was transforming from an illicit product to a new hot consumer trend. In 2017, Wrigley led a $65 million investment round in Surterra Wellness, which had all of its operations in Florida. Eventually, Wrigley took over as CEO and renamed the company Parallel. He and a handful of other high net worth individuals invested $400 million into the company.

Wrigley still doesn’t smoke cannabis, but he does imbibe. His favorite way to unwind is to use his company’s THC drops in lime LaCroix. His company also sells flower, mints, gummies and vape pens. Whatever you do, don’t call it getting high—he says cannabinoids improve “quality of life.”

Parallel is also working on a cannabis-infused seltzer as well as products that are made with rare cannabinoids like CBN, which Parallel hopes to develop into an over-the-counter sleep aid. Or, as Wrigley calls it: “An Ambien killer.”