Congress Fumbles Marijuana Reform Again, But That Might Be Good

A last-ditch effort to pass limited federal marijuana banking reform by tucking it into Congress’s annual military spending bill failed on Tuesday—though in a demonstration of a deepening divide within the cannabis industry, not every legalization advocate is complaining.

After years of inaction, this Democratic Party-controlled Congress seemed the likeliest in decades to pass some significant reform of federal marijuana policy, which has been virtually unchanged since former President Richard M. Nixon signed the Controlled Substances Act more than 50 years ago.

While Majority Leader Chuck Schumer and other top Democrats have sponsored outright federal legalization, the best chance for a win in Washington seemed to be what’s known as the Secure And Fair Enforcement Banking Act.

Currently, most major banks refuse to work with cannabis businesses, which are all illegal under federal law. This means state legal dispensaries and other businesses that deal with marijuana are in turn are forced to pay state and federal taxes (as well as all of their other bills) in cash.

Passed by the House of Representatives in some shape or form five times, SAFE Banking has gone nowhere in the U.S. Senate.

To circumvent this deadlock, in September, members of Congress inserted language from the SAFE Banking Act into the House version of the National Defense Authorization Act (or NDAA), the annual military spending bill.

But on Tuesday, the SAFE Banking language was removed from the final version of the NDAA—meaning 2021 will almost certainly end without any significant progress on cannabis at the federal level.

That triggered a round of impassioned responses from supporters like lead sponsor U.S. Rep. Ed Perlmutter (D-Co). “[P]eople are still getting killed and businesses are still getting robbed because of a lack of action from the Senate,” he said in a statement, while promising to keep pushing the issue.

What happened? Senate leadership wasn’t on board, but neither were some cannabis advocates.

This was partly because key senators including Schumer and Sen. Cory Booker (D-NJ) doubted the defense spending bill was the right way to pass cannabis reform—but it was also because advocates like Booker believe that passing only banking reform will make passing other more significant reform later more difficult.

Certain advocates and lobbies for marijuana businesses sounded an aggrieved tone similar to Perlmutter’s on Tuesday.

“It is unfortunate that Congress failed to take this opportunity to affirm the legitimacy of state-legal marijuana markets and instead acted in a way that will continue to deny this emerging legal industry access to basic financial tools and services,” as NORML political director Justin Strekal said in a statement.

In their analysis, more ambitious legislation, like the full federal legalization bill called the MORE Act, would solve the banking conundrum while also actually legalizing marijuana—and addressing other problems caused by the war on drugs.

That set off a row that saw cannabis advocates divide into two rough camps: SAFE Banking is a social-equity measure that’s needed right now, and the Senate is making a huge mistake; SAFE Banking just helps big businesses and doesn’t guarantee access to capital for black and brown entrepreneurs anyway and is a half-measure at best.

According to Amber Senter, an Oakland, California-based cannabis entrepreneur and social-equity advocate—and executive director of an incubator that was burglarized last week—rushing banking reform through Congress isn’t what small business owners need.

“I felt like it [SAFE Banking] was being rushed,” she said in an interview. “The whole ‘well, it’s not perfect, but it’s something’ approach has never helped Black or Brown people.”

“They don’t want legalization,” she said. “They just want to make it easier on their bottom line, and legalization does not do that for them. Legalization invites competition.” 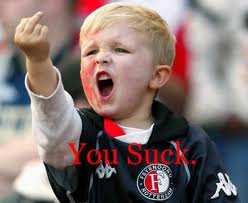 “That set off a row that saw cannabis advocates divide into two rough camps: SAFE Banking is a social-equity measure that’s needed right now, and the Senate is making a huge mistake; SAFE Banking just helps big businesses and doesn’t guarantee access to capital for black and brown entrepreneurs anyway and is a half-measure at best.”
huh?
The plant should have just been freed this regulation is some bull shit.

funny how the u.s. corp holds the patent
You must log in or register to reply here.