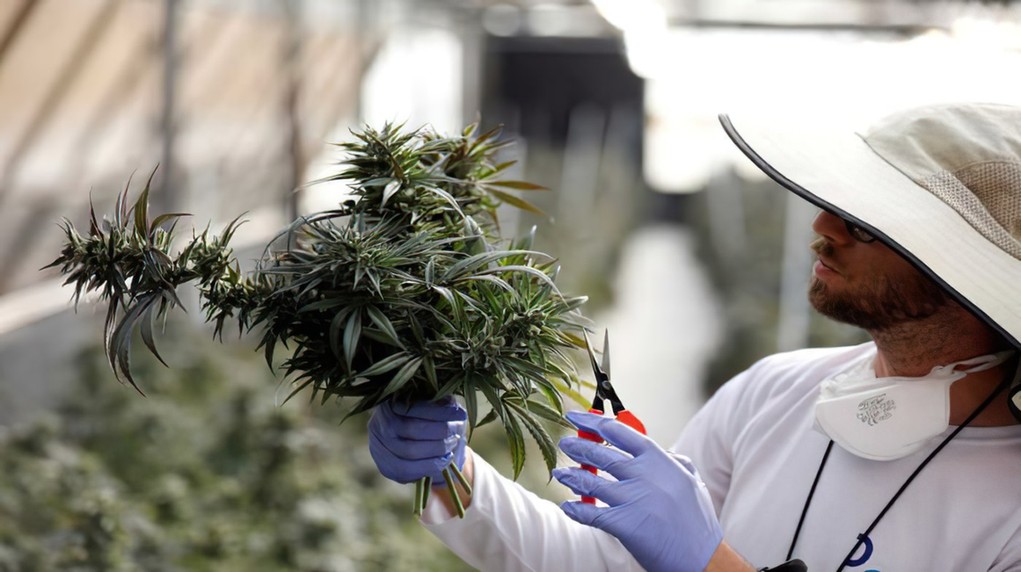 Israel overtook Germany as the No. 1 importer of medical cannabis flower in the world so far this year, according to data compiled by Tel Aviv-based Israeli Cannabis Magazine and Marijuana Business Daily.

He gathered the import numbers from companies’ public disclosures as well as replies he received from several executives involved in the import side of the transactions.

The latest German numbers – which stem from a reply to a parliamentary inquiry – show about three metric tons were imported as of end of May for pharmacy dispensing, according to data reported by MJBizDaily.

As of early June, almost 4,000 kilograms (8,818 pounds) of flower had been imported into Israel.
Israel and Germany will likely be the only markets outside North America in which more than a metric ton of high-THC flower will be sold this year. Australia is the only significant importer of high-THC oil.

Meanwhile, more than a dozen countries are hoping to be net exporters and generate hundreds of millions of dollars in marijuana export revenue – a disparity that is yet to be rationalized by some policymakers and industry executives.

Comparatively less stringent Israeli import requirements have allowed cannabis producers from different continents that do not have EU-Good Manufacturing Practice certification to find an export destination for their products that can’t be sent to Germany.

Lebovitch told MJBizDaily that the lower import requirements were implemented “due to insufficient domestic production of high-THC flower to meet internal demand.”

“Ongoing import agreements suggest that even more will be imported in the second half of the year,” Lebovitch added.

How long and how big the export opportunities to both countries will be is anyone’s guess. The trend could at least partially revert once domestic production ramps up in Israel and starts in Germany.

Israel had no large imports before 2020, but in only six months the country became the largest importer in the world, underscoring how quickly things change in this nascent international industry.

Israeli producers have long eyed the export market, but the government has been slow to successfully facilitate exports, despite many attempts.

Several government decisions supposedly approving exports have been widely celebrated over the past couple of years, but so far no meaningful exports from Israel have occurred.

Germany imported 3,032 kilograms of medical cannabis flower for pharmacy dispensing through May 29, a figure that indicates little growth versus the average amount of cannabis the country imported in 2019 over an equivalent period of time.

Although not explicitly mentioned in the reply to the parliamentary inquiry, it is worth noting that some small quantities of those imports could have been re-exported.

A government disclosure previously indicated that 1,032 kilograms of medical marijuana flower had been imported as of March 6, 2020.

That means 2,000 kilograms were imported between March 6 and May 29.

Imported quantities fluctuate significantly throughout the year and are irregularly reported by the German government – as opposed to reimbursement data, which is reported quarterly, so experts warn against drawing hard conclusions from import numbers alone.

In 2019, a total of about 6,500 kilograms were imported for pharmacy dispensing in Germany, which translates into an average of 542 kilograms per month imported throughout the year.

The 3,032 kilograms imported through May 2020 imply an average per month of about 600 kilograms so far this year – a small amount in the grand scheme of things.

Germany will depend exclusively on imports to supply its market at least until the end of 2020, when local production is expected to be ready.

March saw record insurance-covered sales since the current regulatory framework was implemented in early 2017, with total reimbursements reaching almost 15 million euros, but coronavirus-spurred stockpiling was probably the explanation for that spike.

German reimbursement data does not include sales paid out of pocket by patients whose cannabis medicines are not covered by statutory health insurers.