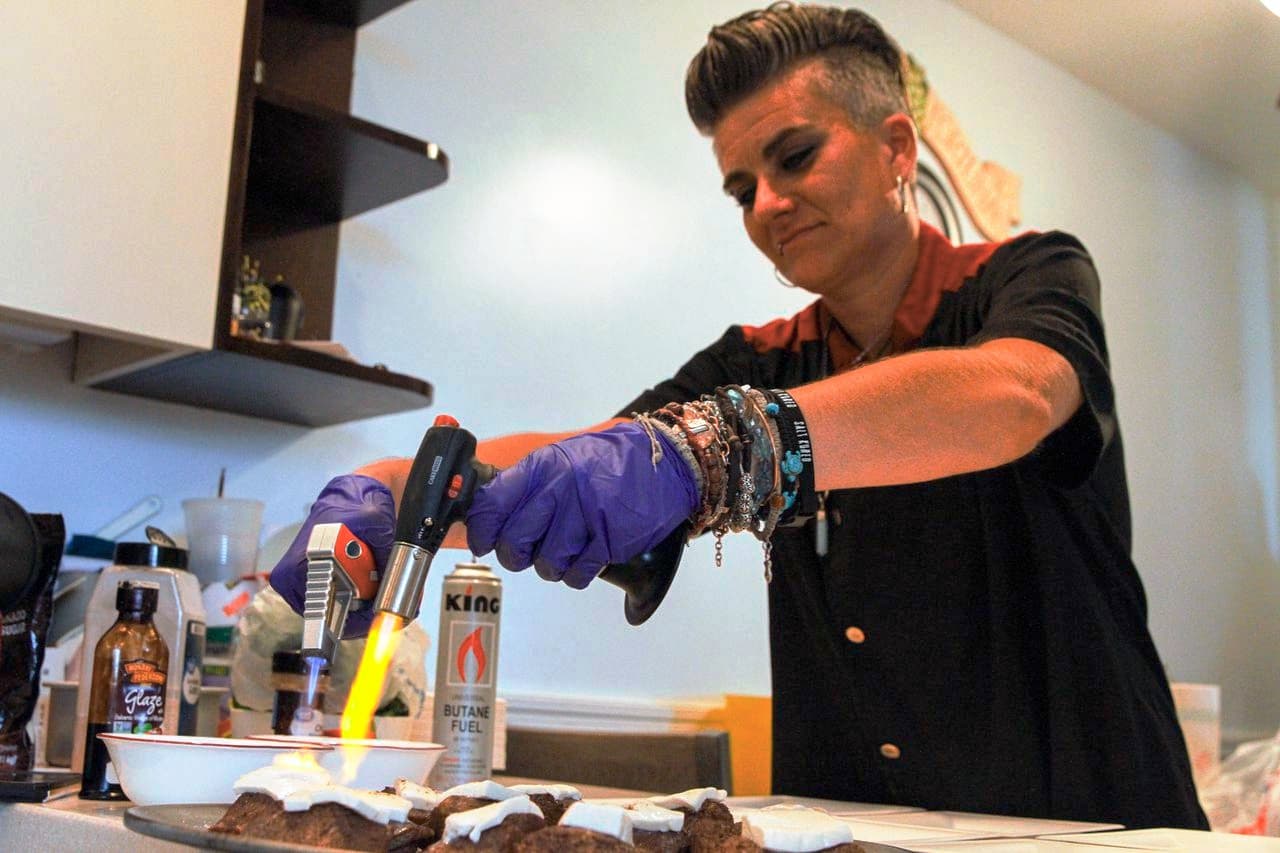 Two Michigan chefs are flipping the script on cannabis cuisine. Taking marijuana munchies beyond the gummies and chocolates at the dispensary, a Muskegon-based duo is offering gourmet cannabis-infused meals.

Michigan Cannabis Chefs — run by Nigel Douglas and Lynette and Cory Roberts — are bringing farm-to-table fine dining to homes across the state.

The business started almost two years ago, shortly after Michigan voters approved adult-use marijuana at the ballot box in November 2018. The team initially catered to groups of 100 or more, but with recent social use licensing changes and COVID-19 restrictions, the business has pivoted to parties at private residences.

Between the two chefs, Nigel and Lynette, their experience ranges from fast food to gourmet, from local joints like Dockers in Muskegon to high-end restaurants in the Virgin Islands.

All three business partners were using and growing cannabis for medical reasons before starting Cannabis Chefs. Their new business allows them to serve others what they were already making for themselves at home.

On Monday, Aug. 31, the chefs invited eight guests, all involved in the cannabis industry, to join them at Douglas’ mother’s home on Muskegon Lake. Although none of the guests knew each other, the conversation flowed continuously — broken up only by the occasional smoke break.

Like wine paired with a meal, the chefs say the cannabis flavor enhances both the experience and the flavor.

“It just breaks down everybody’s inhibitions,” Cory Roberts said. “Food already brings people together. This is just a new trend.”

The menu is never the same, Douglas said. The chefs collaborate and brainstorm with input from their clients. The price is based on the market value of the meal itself. The cannabis infusion is considered a gift under Michigan law.

The Roberts have a 15-acre farm in Fremont where they grow produce like potatoes, corn, onions, zucchini and tomatoes among others. Both the Roberts and Douglas grow their own cannabis and experiment with strains to create fruity, cheesy or even garlic flavors within the flower.

The chefs have the freedom to play around with using every bit of the plant from using the stems in a meat smoker to sauteing the leaves as a side dish.

With their own supply of cannabis, the chefs make an extraction of THC, often combined with CBD, that they infuse into oils, butter and sauces.

Every dinner party maxes out at 100 milligrams of the THC and CBD extraction. Each plate typically has 10 milligrams but can be adjusted based on what the client wants or how many dishes are being served, Roberts said.

“We don’t want to give anybody an overwhelming amount,” he said. “It’s not just about getting high. It’s a social function. We don’t want it to the point where people are spaced out and not communicating.”

By infusing cannabis into high-end meals, the chefs hope their cooking will breakdown the stigma surrounding marijuana use.

“A lot of people still have a stigma against smoking,” Roberts said. “This has really torn down the walls for a lot of people to participate in this and then not feel that basic pothead stigma.”