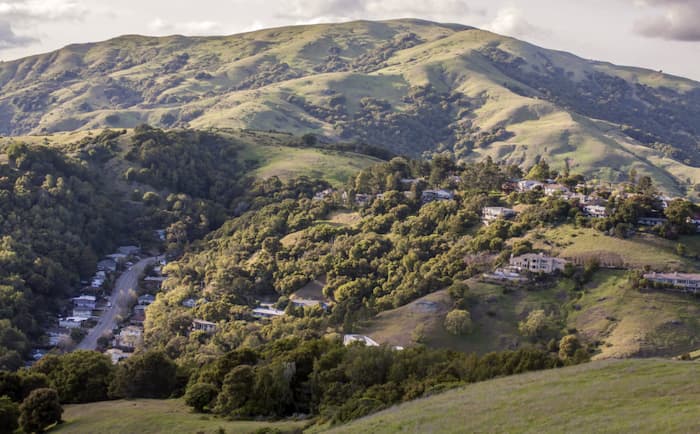 If one were to overlay the history of important moments in cannabis culture onto a map, the Bay Area would find itself circled many times over.

San Francisco, of course, has played host to a number of important moments in the timeline, from the flower child heyday of the Haight-Ashbury to the link between advances in medical marijuana advocacy and the AIDS crisis. In Oakland, hip-hop and cannabis share a richly intertwined past. In addition, many of today’s advances in social equity can be traced back to the example set by The Town.

But if you take a trip across the Golden Gate Bridge, suddenly legalized cannabis seems to no longer exist. That’s because Marin County and its municipalities are currently among the roughly 75 percent of California cities that have outlawed cannabis dispensaries within their borders.

As written, Prop. 64 basically offered an “opt-in” provision when it came to allowing brick-and-mortar cannabis businesses. Thus, while places like San Francisco and San Jose were quick to begin the process of writing and approving local regulations, over two-thirds of cities in the state instead chose to stand pat.

Practically speaking, this “cannabis drought” is a far bigger issue in central California, where long stretches of the state exist with no access to dispensaries (delivery services are still permitted to service these regions). However, in the context of the Bay Area, Marin County has become what can generously be described as a most auspicious outlier.

Over three years into the implementation of adult-use cannabis sales, Marin continues to refuse to allow any retail establishments to open their doors. Though it certainly isn’t as though folks aren’t trying.

In 2020, a proposed Sausalito dispensary under consideration was met with outcry by some in the community. This year, the same story is playing out in Novato, where a couple attempting to open a cannabis delivery business in the city’s San Marin neighborhood have retreated after “hundreds of residents raised opposition,” according to Will Houston of the Marin Independent Journal.

This outcry over the proposed base of operations for Highway 420 focused on the location’s alleged proximity to San Marin High School. No matter that Highway 420’s business proposal “complied with the city’s cannabis ordinance,” as Houston reported. Those opposed to the dispensary — which again, was not even proposing to sell cannabis from its storefront — instead reiterated tired and inaccurate arguments about safety and crime statistics.

“San Marin is a family neighborhood and families with children and high school students live and walk by this site daily,” wrote resident Dalit Muzzarelli in a letter to the Novato City Council cited by Houston. “It would be a temptation for young people to try to access as well.”

This is simply not true.

Last year, the Journal of Drug Issues published a study of Colorado and Washington — the first two states to legalize recreational cannabis — which found that “adult-use marijuana laws are not associated with an uptick overall criminal activity.”

Furthermore, a 2019 study featured in Regional Science and Urban Economics (and also focused on Colorado) concluded that “retail cannabis facilities are not positively associated with increased criminality, and may play a role in the prevention of certain crimes, like larceny.”

Given that the crime argument holds no weight, what is the real issue here?

It can’t be that they’re worried opening dispensaries will lead to a surge of underage usage. Beyond the fact that there is direct evidence to suggest that, in the absence of access to safe, regulated products, consumers will simply purchase cannabis through unregulated channels, there’s also all the data we now have showing that opening dispensaries does not lead to increases in underage usage. In fact, it actually decreases it!

These are all general points, but in addition, there is also the matter of Marin’s place in the annals of cannabis culture. This is the place where a group of San Rafael teenagers unleashed the term 420 onto the world. Marin is also where beloved Beats like Jack Kerouac and Richard Brautigan once rolled joints on houseboats while setting ink to paper.

The deep roots Marin shares with music acts like the Grateful Dead, Jefferson Airplane, Big Brother and the Holding Company should alone be sufficient cause for residents to welcome this new era of reform and understanding. And if all of that isn’t enough, perhaps the fact that San Francisco collected $4.9 million in cannabis excise tax revenue in fiscal year 2020-21 might appeal?

C’mon Marin. This doesn’t need to be BART 2.0. It’s time to do the right thing and live in the present, even if that means embracing your cannabis past too.