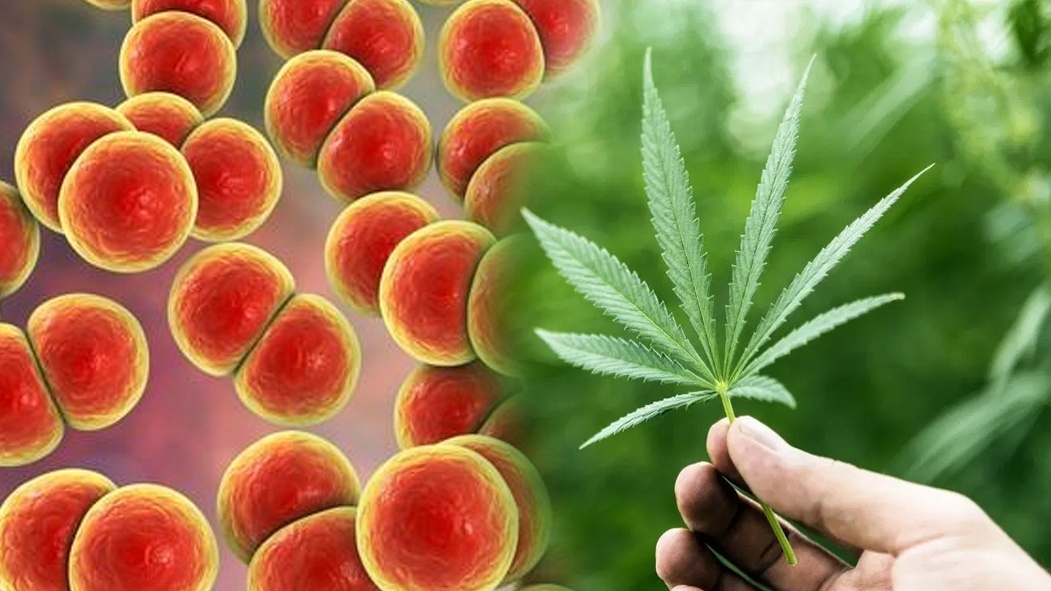 Bacteria are increasingly becoming resistant to antibiotics. By combining antibiotics with the cannabis compound, cannabidiol, researchers have found a way to enhance the antibiotic effect.

Since the discovery of penicillin in 1928 by Sir Alexander Fleming, antibiotics have saved millions of lives from fatal infections world-wide. However, with time bacteria have developed mechanisms to escape the effects of antibiotics – they have become resistant.

With fewer antibiotics available to treat resistant bacterial infections, the possibility of entering a pre-antibiotic era is looming ahead.

How to boost antibiotics
One such helper compound has been suspected to be cannabidiol (CBD); a cannabinoid from the cannabis plant. Now a research team from University of Southern Denmark, has published a scientific study proving the effect of CBD.

When we combined CBD and antibiotics, we saw a more powerful effect than when treating with antibiotics alone. So, in order to kill a certain number of bacteria, we needed less antibiotics, they say.

Bacteria clones spread globally
In the study, CBD was used to enhance the effect of the antibiotic bacitracin against Staphylococcus aureus bacteria; a major human pathogen that frequently causes community- and hospital-acquired disease.

Multidrug-resistant clones of this pathogen have spread globally. In some countries, treatment of bacterial infections with these resistant bacteria are difficult and the problem is projected to be an ever-larger problem in the future.

According to the researchers, the combination of CBD and antibiotics may be a novel treatment of infections with antibiotic resistant bacteria.

How do the bacteria die?

Three things happened with the Staphylococcus aureus bacteria, when the researchers treated them with the combination in their study:

If we combine an antibiotic with a helper compound, that enhances the effect of the antibiotic, we need less antibiotic to achieve the same effect. This may contribute to the development of fewer resistant bacteria, says Janne Kudsk Klitgaard.

In another, not affiliated study, led by Eric D. Brown, Department of Biochemistry and Biomedical Sciences, McMaster University in Canada, researchers have found that another cannabis compound, CBG cured mice of MRSA infections as effectively as vancomycin, a drug widely considered to be the last line of defence against drug-resistant microbes. This study is currently under review at the ACS Infectious Diseases journal.
Reactions: Ina and frebo