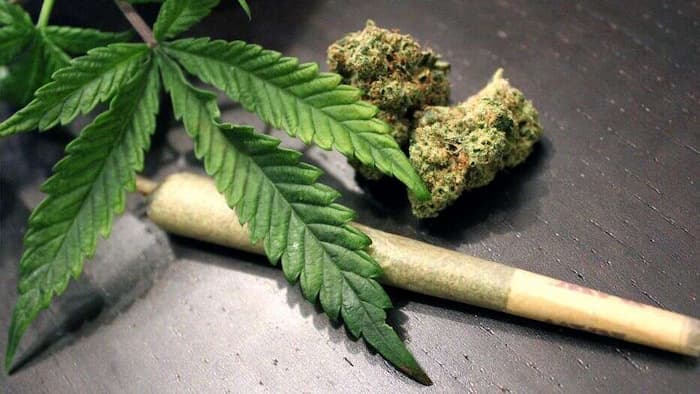 After years of stalled attempts, New York State has legalized the use of recreational marijuana, enacting a robust program that will reinvest millions of dollars of tax revenues from cannabis in minority communities ravaged by the decades-long war on drugs.

Gov. Andrew M. Cuomo signed the cannabis legislation on Wednesday, a day after the State Legislature passed the bill following hours of debate among lawmakers in Albany.

New York became the 15th state to legalize the recreational use of cannabis, positioning itself to quickly become one of the largest markets of legal cannabis in the nation and one of the few states where legalization is directly tied to economic and racial equity.

Previous attempts to legalize marijuana were stymied over disagreements on how the tax revenue from sales would be distributed. Democratic lawmakers, especially those who are nonwhite, insisted that a large portion of the money be earmarked for communities where Black and Latino people have been arrested on marijuana charges in disproportionate numbers; the governor wanted to retain more control over how the money was spent.

The lawmakers prevailed. Forty percent of the tax revenue from pot sales will be steered to those communities, and people convicted of marijuana-related offenses that are no longer criminalized will have their records automatically expunged. The law also seeks to allow people with past convictions and those involved in the illicit cannabis market to participate in the new legal market.

“Unlike any other state in America, this legislation is intentional about equity,” Crystal D. Peoples-Stokes, the Democratic majority leader in the Assembly who sponsored the bill, said on the floor of the lower chamber. “Equity is not a second thought, it’s the first one, and it needs to be, because the people who paid the price for this war on drugs have lost so much.”

Certain parts of the law went into effect immediately.

Individuals are now allowed to possess up to three ounces of cannabis for recreational purposes or 24 grams of concentrated forms of the drug, such as oils.

New Yorkers are permitted to smoke cannabis in public wherever smoking tobacco is allowed, though localities and a new state agency could create regulations to more strictly control smoking cannabis in public. Smoking cannabis, however, is not permitted in schools, workplaces or inside a car. In New York City, it will be banned in parks, beaches, boardwalks, pedestrian plazas and playgrounds, where tobacco smoking is banned. Smoking is generally permitted on sidewalks in the city.

Other changes will go into effect in the coming months when officials create the regulatory framework that will govern every aspect of a brand-new, highly regulated market.

People, for example, will eventually be able to have cannabis delivered to their homes, use cannabis products at lounge-like “consumption sites” and cultivate up to six plants at home for personal use. Dispensaries won’t open until more than a year from now, and localities could opt out of allowing such businesses.

The recreational market is expected to eventually generate $350 million in yearly tax revenue and billions of dollars in annual sales. New businesses and thousands of new jobs are on tap for the cultivation, distribution and sale of the drug.

The new law was a significant win for the medical cannabis industry, which has spent millions of dollars lobbying to make the state’s program less restrictive ever since Mr. Cuomo signed legislation legalizing the drug for medical purposes in 2014.

It will significantly expand the medical cannabis program and bring in new patients.

Under the law, patients would no longer be restricted from smoking cannabis flower, which is more affordable. They could also receive up to a 60-day supply of cannabis, an expansion of the current 30-day cap.

Previously, a small number of diseases qualified patients for medical marijuana use, including AIDS, cancer and epilepsy. Now, practitioners will have the discretion to recommend medical marijuana for any condition.

Some of the companies had entered New York’s medical market in the hopes of obtaining a foothold in the state to eventually sell recreational cannabis. That bet paid off: The state’s medical cannabis operators, capped at 10 companies, will be able to enter the more lucrative recreational market by paying a one-time fee.

The companies, many of which are multistate operators and have years of experience in the business, will effectively have a leg up and help jump start the state’s recreational market.

The Democratic Party had made legalizing marijuana an annual priority since 2018 after wrestling control of the Legislature away from Republicans, who had stalled proposed legislation after it was first introduced in 2013.

Efforts fell apart each year, mostly because of disagreements with Mr. Cuomo, a fellow Democrat, even as neighboring states, including New Jersey, legalized the drug.

This year, however, Mr. Cuomo’s leverage dwindled as numerous members of his party called on him to resign following multiple sexual harassment allegations. Lawmakers and lobbyists were surprised by the number of concessions that Mr. Cuomo, not known for easily compromising, made in order to secure a policy win amid a worsening political crisis, pushing the bill over the finish line.

“This is a historic day in New York, one that rights the wrongs of the past by putting an end to harsh prison sentences, embraces an industry that will grow the Empire State’s economy, and prioritizes marginalized communities so those that have suffered the most will be the first to reap the benefits,” Mr. Cuomo said in a statement.

Republican lawmakers opposed the legislation, echoing safety and health concerns from parent teacher associations and law enforcement groups, such as a potential influx of people driving under the influence of marijuana.

Some Republicans said that the new taxes on pot sales and the reduced penalties on illegal sales would backfire, keeping the price of legal cannabis high and allowing the illicit market to thrive.

“This deal legalizing marijuana is the result of closed-door discussions between leaders of one political party and a governor who is engulfed in scandal,” said Rob Ortt, the Republican leader in the Senate. “The outcome of these partisan negotiations is a deeply flawed piece of legislation that will hurt the health and safety of New Yorkers.”

The state’s recreational cannabis program will be run by two new government entities: the Cannabis Control Board, which will craft new regulations, and the Office of Cannabis Management, which will implement the regulations.

They will be in charge of creating and allocating licenses for businesses seeking to enter any facet of the supply chain, from the farming of cannabis to the processing of the plant into edibles, concentrates and smokable products.

There will be licenses for distributors who would sell cannabis wholesale to retailers, including dispensaries where individuals will be able to buy cannabis products and the “consumption sites” where people will be allowed to smoke or ingest the products.

The tiered system of licenses is meant to create a division among those who produce, wholesale and retail the products, like in the alcohol market. Most businesses would only be allowed to have one type of license to keep a few players from consolidating the entire market. Most dispensaries, for example, will not be able to also grow and distribute cannabis.

But that will not apply to the state’s few but influential medical cannabis corporations, which currently operate about 40 dispensaries statewide. Those companies will be allowed to keep their operations vertically integrated, meaning they could cultivate, process and sell cannabis.

Supporters said the new law has guardrails to prevent a few companies from dominating the market and to make sure that wealthy white investors do not reap most of the benefits, which critics say is what has happened in other states.

Half of business licenses, for example, are supposed to be issued to “social equity applicants.” That includes people from communities with high rates of marijuana enforcement, as well as businesses owned by women and minorities, distressed farmers and disabled veterans. Priority will also be given to applicants who have a marijuana-related conviction, or a close relative with such a conviction.

“I cannot be more proud to cast my vote to end the failed policies of marijuana prohibition in our state and begin the process of building a fair and inclusive legal market for adult use cannabis,” State Senator Liz Krueger, a Democrat from Manhattan who sponsored the bill in the upper chamber, said in the State Capitol. “It has been a long road to get here, but it will be worth the wait.”

The Cannabis Control Board will conduct a review two years after the first retail sale of cannabis to study the market share in the industry and make licensing adjustments to ensure equity. And the medical cannabis firms would be limited to only eight dispensaries each.

The bill passed the State Senate on Tuesday by a vote of 40 to 23 and the Assembly by a vote of 94 to 56, with all Republicans and about a dozen Democrats voting against the bill.

“This law comprehensively addresses the harms of overcriminalization and establishes one of the most ambitious marijuana legalization programs in the nation,” said Melissa Moore, the state director of the Drug Policy Alliance, a national advocacy organization.

“Through this sweeping legislation, New York is delivering reforms that place community reinvestment, social equity, and justice at the core of the law.”
Reactions: JohnCrakburnetas1