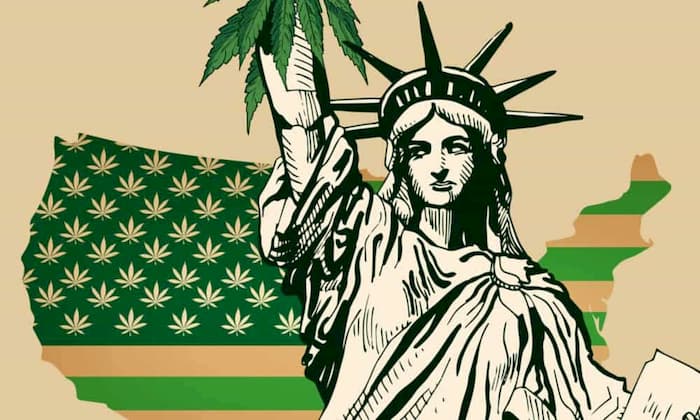 During Governor Cuomo’s State of the State address last week he released more details of his marijuana legalization proposal, including plans to reinvest in communities most impacted by the war on drugs.

Governor Cuomo believes that legalizing cannabis will help boost the economy during a time when New York is facing a $59 billion dollar shortfall due to the pandemic. Legalizing cannabis has the opportunity to bring tax revenue, jobs

“We will legalize adult-use recreational cannabis, joining 15 other states who’ve already done so,” said Cuomo. “This will raise revenue and will end the over-criminalization of this product that has left so many communities of color over-policed and over-incarcerated.”

Nick Kovacevich, CEO of KushCo Holdings, said while legalizing the drug is a small step in the right direction when it comes to unjust imprisonment, it is the right step.

“Cannabis is a small step in the right direction we know people have been unjustly put in prison for a plant, especially people of color,” said Kovacevich. “ It is not only the right thing to do, it is also going to provide a positive fiscal impact to resources.”

The beginning of 2018 marked the first full year of recreational sales for cannabis across the whole west coast and states like Washington, Oregon, California and Colorado brought in millions of dollars in sales.

Kovacevich said the same New York has the potential to bring in just as much in sales as states on the West coast such as California.

“ New York is a huge area especially combined with New Jersey and it is really going to be the Northeast that drives further cannabis usage over the next few years,” said Kovacevich.

“ There is a significant revenue that can come in especially when you look at a state like California that is bringing in last year potentially four billion dollars in cannabis sales,” said Kovacevich.

On a local level, the General Manager of Your CBD Store in Ithaca, Noah Johnson said CBD products are often thought to be the same as marijuana and the legalization of one will probably have positive impacts on the other.

“We are not in the marijuana business but we see a benefit of both of these plants, we think there is enough room in this arena for both not to just survive but thrive,” said Johnson.

The CBD and marijuana industries are very similar to the alcohol industry as they have been doing very well throughout the pandemic, but Johnson said he believes Your CBD Store has been doing so well because the products provide clients with pain relief and relaxation without the feeling of intoxication.

“Our products offer these cannabis elements and compounds that can be taken and you don't have to worry about any psychoactivity because that is not active in our products when it comes to CBD,” said Johnson.

Kovacevich also said that the cannabis industry is a very labor-intensive industry and it will bring in a large number of jobs here to the US because unlike other industries, such as the alcohol industry, the product can be grown and produced here in the US.

“ There are a lot of jobs across the whole spectrum from low level to high-level management positions and New York could certainly be a hub where other companies set up their corporate offices as well,” said Kovacevich.

Recently, New Jersey voters authorized the legal use of recreational marijuana during a time when supporters rallied around the number of arrests for the drug in minority communities. This move has increased pressure for states like Pennsylvania and New York who will be at risk of losing a competitive edge.

“ With New Jersey becoming legal you can't wait any longer, don't let perfect be the enemy of the good, that is going to apply here in New York, they need to get this program rolled out,” said Kovacevich.