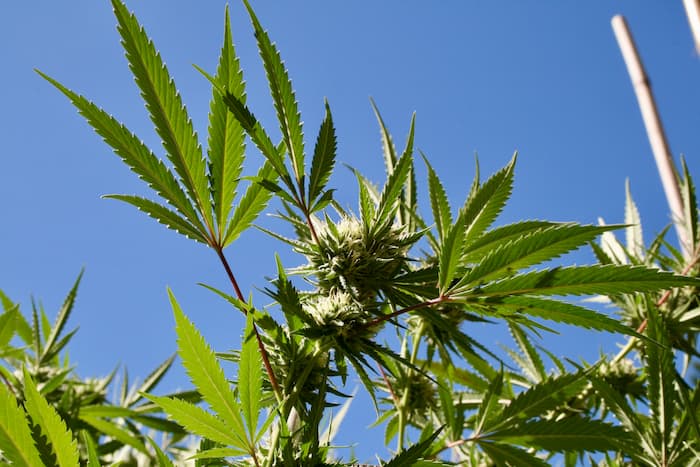 A bill to legalize marijuana in North Dakota that’s being sponsored by a Republican lawmaker who personally opposes the policy change advanced through a House committee on Wednesday.

The legislation, HB 1420, would allow adults 21 and older to possess and purchase up to one ounce of cannabis for personal use, but home cultivation would not be allowed.

While some advocates see that as a step in the right direction, the motivation behind the measure’s introduction seems to be to preempt attempts by activists to enact a more far-reaching proposal via the ballot.

The House Human Services Committee narrowly approved the bill, sponsored by Rep. Jason Dockter (R), in a 7-6 vote, with one abstention. It’s expected to next go to the Appropriations Committee before potentially receiving floor consideration. This development comes days after a separate House panel cleared a bill to expand the state’s existing marijuana decriminalization law.

The legalization legislation calls for legal cannabis sales to begin on July 1, 2022.

Members of the panel accepted the legislation with a series of amendments, many of which were technical in nature. The main revision adopts regulations from the state’s medical cannabis program to allow existing dispensaries to sell products for adult use. People aged 21 and older would be able to purchase up to 21 grams of marijuana twice a month, but they couldn’t possess more than an ounce at a time.

Definitional changes were made for the term “marijuana,” while “hashish” was removed from the proposal. The definition of THC was revised to exclude that derived from industrial hemp. Penalties for underage possession were also revised, making it an infraction for a person under 21 to possess up to an ounce of marijuana and a class B misdemeanor to possess more than an ounce but less than two ounces.

According to the Associated Press, separate legislation is being prepared that would establish the tax structure for a recreational marijuana market. It remains to be seen when that will be filed or whether it will be incorporated into the existing bill as a committee or floor amendment.

During Wednesday’s meeting, certain legislators expressed skepticism about enacting adult-use legalization but said that they would prefer for the legislature to set the rules, rather than having legalization approved by voters via an initiated constitutional amendment through the ballot.

A separate resolution to put the issue before voters as a referendum was rejected by the House Judiciary Committee earlier this week.

An activist group has already filed its own 2022 legal marijuana measure that would make it so adults could possess marijuana and grow up to 12 plants (up to six of which could be mature). Secretary of State Al Jaeger said last month that the group can begin working to gather the 26,904 valid signatures from registered voters they will need to place the measure on the ballot.

For his part, Dockter has said that he recognizes the seeming inevitability of legal marijuana reaching the state as more neighboring jurisdictions enact reform and as activists gain momentum for their agenda. If the state is going to enact legalization, he wants the legislature to dictate what that program looks like instead of leaving it in the hands of advocacy groups.

Dockter’s bill is being supported by the pro-reform campaign Legalize ND. That group placed a legalization measure on the 2018 ballot that was defeated by voters. They tried to qualify another initiative last year but signature gathering complications caused by the coronavirus pandemic got in the way.

Meanwhile, a bill to significantly expand marijuana decriminalization in North Dakota cleared the House Judiciary Committee on Tuesday. But its sponsor, Rep. Shannon Roers Jones (R), said she would recommend that lawmakers reject it if broader legalization legislation is approved.

Her bill would build on an initial marijuana decriminalization law that was enacted in 2019. Under the current statute, possession of half an ounce or less of cannabis is an infraction punishable by a fine of up to $1,000, with no jail time. The new proposal would make possession of up to an ounce a non-criminal offense that carries a $50 fine

House Majority Leader Chet Pollert (R) has said that he’s not “a marijuana person,” but he’s acknowledged that cannabis legalization is coming. While he would have previously been inclined to oppose Dockter’s bill, Pollert said voter approval of a legalization initiative in South Dakota has given him pause, adding that the legislature should “take a long, hard look” at the policy change.

Neighboring Montana also moved to legalize marijuana for adult use during the November election, adding to the regional pressure to get on board. Canada, which also borders the state, has a national legal cannabis market.