The Cannabis Industry's Biggest Wins of 2020 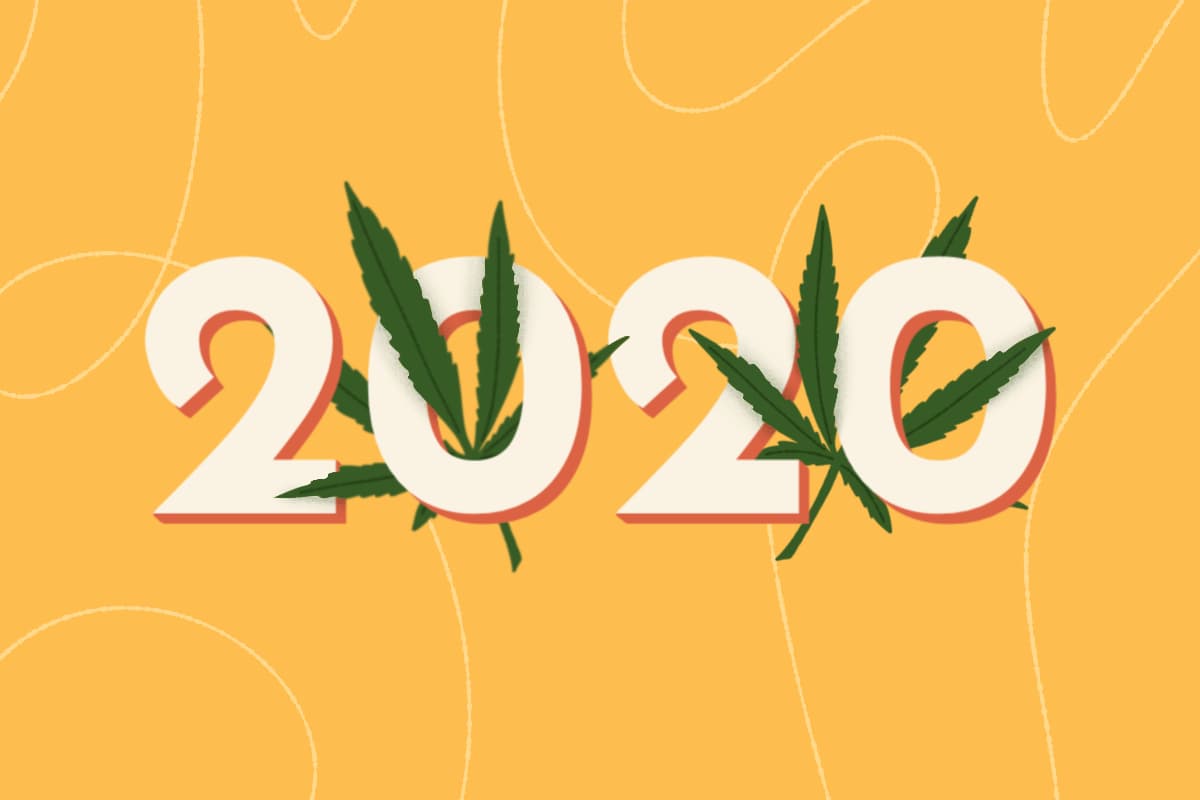 2020 was a year unlike any other, and this goes for the cannabis industry as well. So how did cannabis fare last year?

When the coronavirus hit, the world was brought to a screeching halt as citizens across the globe were told to shut their stores and stay indoors. The lockdowns resulted in a huge spike in unemployment and business closures, in addition to the growing number of cases and deaths from COVID-19.

Needless to say, 2020 was a tumultuous year for nearly every individual and industry imaginable. In light of this, however, the cannabis industry managed to secure some real triumphs in the face of adversity and continued to progress in many respects.

Here's a list of some of the wins that the cannabis industry achieved throughout 2020.

1. The Cannabis Industry Adapted to COVID-19
COVID-19 presented an unforeseen and unique challenge for many industries, and on top of this, none of the federal initiatives in the U.S. that were designed to help companies weather the COVID-19 storm – such as the Paycheck Protection Program or the CARES Act included provisions for the cannabis industry.

However, despite this, the industry managed to adapt and thrive.

Firstly, in light of the growing legitimacy of cannabis-derived medicines, cannabis dispensaries were deemed "essential" in both the U.S. and Canada, allowing them to remain open amid the lockdowns. This essential status of the cannabis industry in and of itself was symbolically significant, cementing the industry's role in society, though it also allowed the industry to thrive.

Regardless of the "essential" status of cannabis dispensaries, the industry had to adapt to the new lockdown rules nonetheless and did so by implementing curbside pick-up and e-commerce systems that allow consumers and patients to access their cannabis while social distancing.

This allowed the industry to take the pandemic by the reigns and continue to grow.

2. Cannabis Sales Skyrocketed
Thanks to the above measures taken by the cannabis industry, in addition to perceived supply scarcity and heightened anxiety, cannabis sales skyrocketed above and beyond 2019 levels throughout the U.S.

Illinois, Colorado, New Mexico, Michigan, Maine, and virtually every other U.S. state where cannabis is legal saw a record year of sales in 2020, despite an otherwise fraught economy.

Moreover, it was found that cannabis consumption rates themselves climbed in 2020, contributing to the sales growth felt during the year. The climb can be attributed to the fact that more people spent time indoors, often alone, as opposed to at music festivals and public events – a scenario which favours cannabis consumption.

The UNSW's National Drug & Alcohol Research Centre found that two in five people reported they were using more cannabis than before COVID-19. Moreover, these increases in cannabis use largely fell along generational lines, with 40% of millennials indicating they planned to consume more cannabis during COVID-19, compared with 17% of baby boomers.

3. The U.N. Reclassified Cannabis
Another enormous victory for the industry was when the United Nations Commission on Narcotic Drugs passed a vote by 27-25 to remove cannabis and cannabis resin from its strict Schedule IV list, where it previously sat alongside drugs such as heroin.

The declassification of cannabis by the U.N follows a recommendation from the World Health Organisation (WHO) in 2019 that the current global scheduling of cannabis needs to change.

At the U.N. hearing, the counselor for U.N. Affairs at the U.S. Mission to International Organizations Ethan Glick stated that "the legitimate medical use of a cannabis preparation has been established through scientific research, and cannabis no longer meets the criterion for placement in Schedule IV of the Single Convention."

The U.N.'s shifted stance toward cannabis is pivotal for the industry on a global scale as countries may now look toward the U.N.'s renewed opinion on cannabis when deciding upon their own legislation surrounding the plant, and may improve the likelihood of legalization across the globe moving forward.

4. Five U.S. States Legalized Cannabis
On the day of the Presidential Election in November, five states committed to legalizing cannabis on either a recreational or medical level, putting the total number of states with legal recreational cannabis at 15, and 36 states that have legalized medical cannabis.

Impressively, all of these ballots were passed by a comfortable majority in each state, with 67% of voters supporting New Jersey's ballot, 53.4% supporting South Dakota's recreational initiative, and 56.9% supporting Montana's legalization effort.

According to Forbes, "Arcview Research, a top cannabis market researcher, said the estimated value of the combined cannabis markets of the five states that just passed legalization measures is expected to rack up more than $3.1 billion by 2025."

The green wave of legislative changes to marijuana policy in the U.S. came during a tumultuous election, which has oscillated between favouring Joe Biden and Donald Trump until Joe Biden eventually secured the Presidency.

As we've covered previously, neither candidate is entirely bullish on cannabis, though Joe Biden has the preferable cannabis policy due to his previous pledge to decriminalize the plant, should he win the presidency. Comparatively, Trump has famously taken a "hands-off" approach to cannabis, leaving it up to the states.

Now, with a Biden Presidency, and as New York, Israel and Mexico look ready to legalize cannabis it looks like 2021 may be an even better year for cannabis.