Using Cannabis While Pregnant Does Not Impair Children’s Cognition, Decades Of Studies Suggest 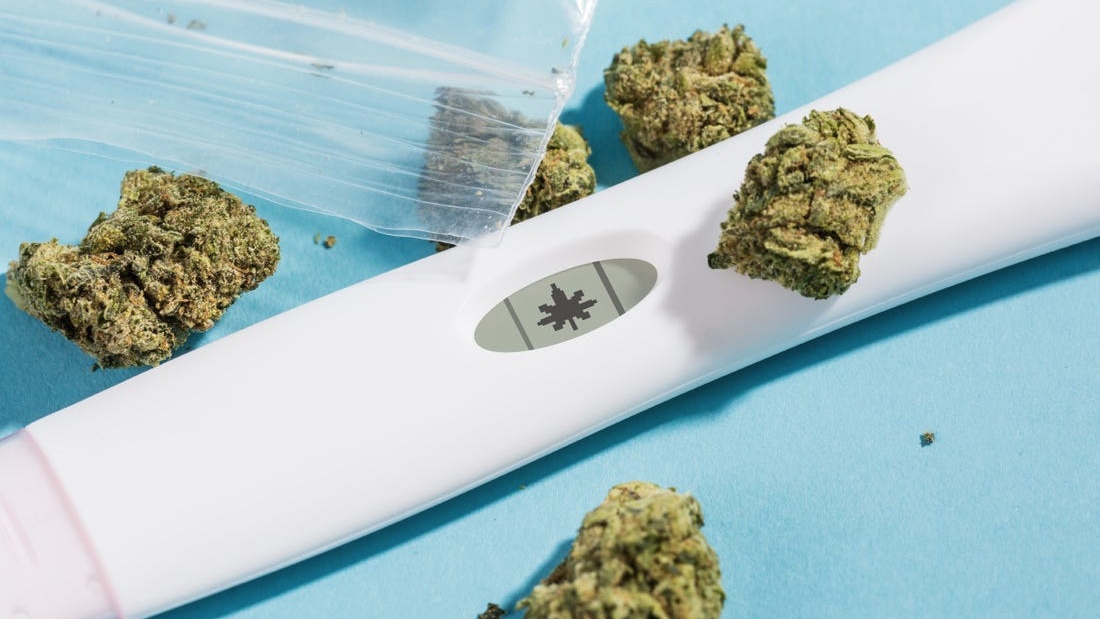 Across the US, children and their parents routinely face separation and other forms of punishment due to legal and medical policies around prenatal cannabis exposure, and the notion that cannabis use during pregnancy may harm children’s development.

But according to a review of research to date, there’s no evidence to support this belief about cannabis, nor the inarguably harmful policies which rely on it. After nearly six years of comparing study results, researchers at Columbia University, the New York State Psychiatric Institute, and Swinburne University have found that prenatal cannabis exposure does not lead to cognitive impairment in children, based on data from decades’ worth of studies on this issue.

Published this month in the journal Frontiers in Psychology, the systematic review revealed that a vast majority of studies on this topic found no significant statistical differences between kids who were reportedly exposed to cannabis during pregnancy, and those who were not. Less than 5% of comparable studies in this area showed any statistical difference between children’s scores on cognitive tests; importantly, these included both slight dips and improvements in scores, and all but 0.3% of study results still fell in the normal range.

While research reviews previously established that prenatal cannabis exposure doesn’t seem to adversely affect children’s physical development, the question of whether or not it could affect their cognitive development has remained somewhat unanswered on this larger scale — in short, leaving medical and legal authorities to base their policies on individual studies that don’t show the whole statistical picture, let alone the clinical implications for kids in real life.

“Overall, we found a total of 1,001 statistical comparisons between groups of participants that were exposed to cannabis prenatally and non-exposed controls ... [and] despite analyzing studies spanning approximately three decades, we conclude the evidence does not support an association between prenatal cannabis exposure and clinically relevant cognitive deficits,” researchers wrote. In general, they wrote, “The studies reviewed show that subtle differences in the cognitive performance between children who had been exposed to the drug prenatally and controls do exist, but the conclusions drawn sometimes extend too far beyond the actual data.”

“The clinical implications of these subtle differences [are also] nearly impossible to determine without knowledge of the expected range of performance for a particular group [through] the use of normative data ... a core assessment principle in clinical neuropsychology [that] appears to be largely ignored in the literature on prenatal cannabis exposure,” they continued.

“Thus, this article addresses an important gap in our scientific knowledge in that findings should shed light on the extent to which prenatal cannabis exposure produces clinical consequences on offspring ... [which] could have important public health and policy implications.”

Dr. Torres, an Assistant Professor of Psychology at Columbia and the review’s lead author, noted that individual studies have often been cited by US and state legal and medical authorities when implementing policies that serve to punish mothers — as by incarcerating them, or removing children from the home — simply for testing positive for marijuana before or after giving birth.

Dr. Torres said she was “disturbed” to learn of such common practices, which served as a partial motivation for the study review. “I wanted to see if the huge concerns we’ve had [as a society] around prenatal marijuana exposure were warranted,” she explained in a phone interview.

Now that her and her colleagues’ years of work on this project is complete, Dr. Torres said, it seems clear that the quality and quantity of extant data on prenatal exposure simply does not suggest this leads to cognitive outcomes outside the normal range for kids. She pointed out that most extant studies also don’t present the kind of clinical relevance analysis that researchers and policymakers should be looking for going forward.

Dr. Torres noted that statistical differences between groups get a lot of attention in both scientific and media circles, but often say little or nothing about the clinical impact of such differences, if they exist at all. For example, from a clinical perspective, finding that the average IQ in one classroom is 98 but 104 in the class next door wouldn’t be a cause for concern; that’s because a “normal” IQ as defined by the Kaufman Assessment Battery for Children, Second Edition ranges from 85 to 115.

“Just because two groups are different doesn’t mean one group needs help,” she said. She also emphasized that, despite the fact that some groups with prenatal cannabis exposure actually scored higher on some metrics, the vast majority of research in this area and similar ones has been actively seeking negative outcomes, and may thus be interpreting any small differences between groups as evidence of impairment.

“There’s an assumption that even though children are born healthy and normal, there’s an impact that we can’t see, that we just have to wait for them to grow up to see the impairment,” Dr. Torres said. She said it’s also important for both policymakers and media to remain aware that these kinds of studies (hers included) “aren’t trying to determine if something affects cognition,” and the results won’t tell us whether that factor was responsible for performance differences, whether better or worse.

“All they can tell us is that there’s an association between [performance differences] and marijuana,” Dr. Torres continued. And the vast majority of such studies suggest that meaningful differences in performance just aren’t there.

Dr. Torres and her co-authors did note that one study on school-aged children, published in 2008, warrants “special attention” for being the only article they found “where the group exposed to cannabis prenatally obtained [cognitive] scores that fell outside the normal range.”

However, they cautioned that the conclusions of that study should be taken with at least a grain of salt, in short, because subjects also showed differences in home environments, levels of poverty, and maternal cognitive ability. That study also didn’t account for whether children had benefited from attending preschool or day-care programs, due to a lack of information.

And in fact, according to attorney Lynn Paltrow, executive director of National Advocates for Pregnant Women (NAPW), research has increasingly suggested that a wide range of bigger, often inherent life circumstances have a much larger impact on child development than virtually anything a parent could do while they’re pregnant.

“What I’m coming to understand from scientists and researchers is that there seems to be nothing a pregnant person does during the course of pregnancy that has greater influence on the outcome of pregnancy than all of the preceding years of their lives leading up to pregnancy.”

For a recent and poignant example, Paltrow pointed to the rise in coverage and investigation in recent years of “the fact that Black pregnant women have such higher rates of maternal morbidity and mortality.”

In trying to explain this severe divide in outcomes, some researchers and healthcare providers made the “frankly racist” assumption that Black women were using more alcohol and drugs — which research showed is “simply not the case,” Paltrow said. They then tried to link it to income-level, she said, theorizing that more financially secure and/or privileged Black women wouldn’t see such high rates of negative outcomes, and were once again proved wrong.

Rather, “The best theory to explain Black maternal mortality rates — which includes all Black women — is that the stress of being Black in the United States of America, from weathering racism all those years, creates health issues during and after pregnancy,” Paltrow said.

As an attorney and a reproductive justice advocate, Paltrow said her main takeaway on both the prenatal cannabis review and the current state of affairs is that public policy concerning pregnancy “should be based on science.”

“Over and over again we see policies, many of them punitive, that have no basis in science, and children being removed from their homes and women being arrested,” she said. “This system of using drug tests to determine parenting ability is totally out of control, even in those states that don’t define substance use during pregnancy as physical child abuse, and is based on no evidence linking drug use to child abuse.”

In this area, like so many others, decisions by policymakers as well as medical and social service providers are often still based on “medical misinformation and prejudice stoked by 40 years of drug-war propaganda,” Paltrow said, as well as anti-abortion ideology “that promotes the myth that the fetus is somehow separate from the parent’s health, that the only source of risk to fetuses is the pregnant person, and that they are the only person who has an impact during pregnancy.”

“There’s a tendency to treat pregnant women as if they are themselves children,” she said, and as it turns out, the results of spreading supposedly well-intentioned falsehoods can be plenty harmful.

When it comes to cannabis, alcohol, or other consumable choices but also things like pollution in the air and perchlorate in our water, it’s also important for pregnant persons to be aware that they can’t control most of the biggest factors in how their child will be born, Paltrow said.

“We continue to pretend that if you can fix an individual pregnant person, you can guarantee a healthy birth outcome, even though 10-15% of pregnancies will be lost no matter what — and to spread the myth that birth outcomes are primarily dependent on what the parent does or doesn’t do, when it’s clear that the societal womb is what really matters.”

Paltrow’s advice for any well-intentioned members of the media covering these issues was that, in addition to beefing up on longstanding racial and gender biases, they should ensure any coverage of single studies is “extremely skeptical, especially if it was done on mice.”