What A Biden Administration Means For The Cannabis Industry 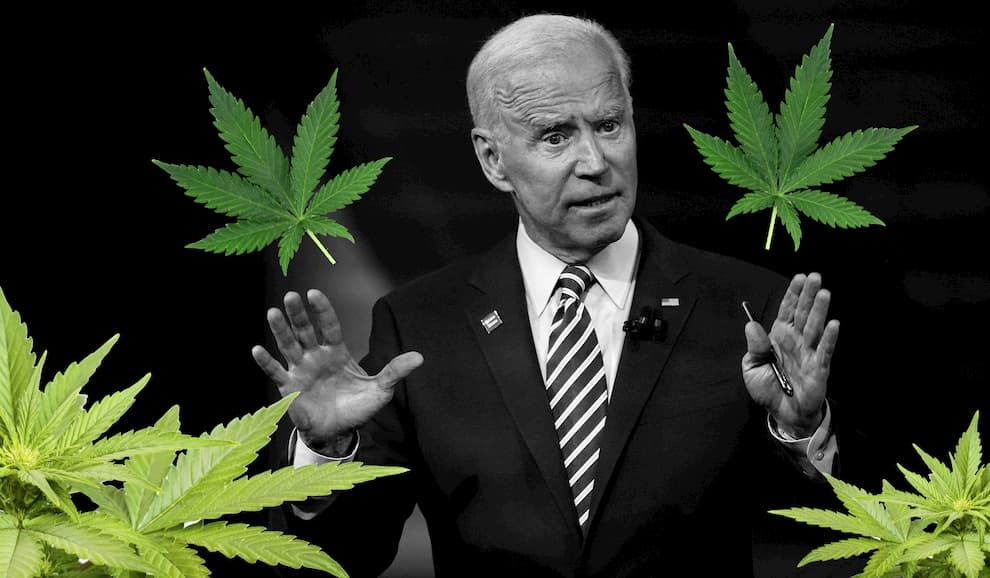 We have a presumptive new Administration entering the White House in January, despite the fact that the current Administration continues to mount legal challenges concerning the sufficiency and legitimacy of the 2020 election. However, none of these legal strategies appear to be meritorious and most importantly none have proven to bear any fruit.

There appears to be a dearth of evidence to support these unfounded claims of fraud interference and systemic cheating during the 2020 election period that said, we are destined for a Biden Harris Administration come January 20, 2021. What does this mean for the cannabis industry?

Whenever an Administration transitions, there are enormous ramifications on a wide variety of issues. Certainly cannabis is one of those issues. What does a Biden/Harris Administration mean for the existing medical and recreational marijuana programs around the country? What does it mean for industrial hemp?

The hemp industry and the farmers who grow the plant have enjoyed strong bipartisan support amongst policymakers in Washington D.C. for the past several years. Hemp is one of those policy issues that unites leaders across party and ideological lines. I would suggest very strongly that this is true for both the hemp and marijuana industry. These issues attract those from both sides of the aisle for a variety of reasons.

However, we're also likely to see a variety of policies that come out of a Biden Administration that support the increased growth of industrial hemp because the plant fits under the tenants of his vision for economic and global agronomic policy surrounding carbon capture, sustainability, and plant based economies. In recent days, we saw the Biden team announced that they would make a major priority of the USDA encouraging farmers to plant crops that sequester carbon from the environment from the atmosphere. There is no better crop for this than industrial hemp.

Furthermore, we're likely to see a shift from the U.S. Department of Justice in their treatment toward the industrial hemp plant which began with Jeff Sessions under the beginning years of the Trump Administration and moved forward under Barr.

We’re also likely to new leadership at the FDA. This may lead to the an end of the stalemate as it relates to creating rules for extracts derived from the industrial hemp plant. This action by the FDA will likely take precedence and have a major impact around the world as we have seen revolving hemp extract regulations policies and court decisions come out in recent weeks.

To put it simply, the rest of the world is watching to see what our FDA does. In the absence of clear FDA direction, we would still like to see Congress enact legislation similar to HR 8179 which does create legal pathways for the sale of CBD as a dietary supplement. In the event that the Biden administration and its new leadership at the FDA do not create this pathway, perhaps Congress can move forward with legislation that clears the path and create certainty for the industry moving forward.

Yet, their philosophy on this topic appears to have changed. They have taken the position that marijuana should be decriminalized. Convictions for the same should be expunged and that they support an approach that allows the states to determine their path as it relates to adult-use or the legalization and regulation of marijuana.

The latter part should be heightened in terms of intensity given the Green Wave we saw on November 2nd in our elections here in the United States. Let's not forget, it was the States Act, which was a bipartisan proposed effort by soon-to-be former Senator of Colorado, Cory Gardner and Elizabeth Warren and has a very impressive role of supporters across the board from powerful senators to powerful members of the house. So we are likely to see this move forward. Now, this is especially especially heightened considering there are the run-off elections in Georgia, which could have an impact on the composition of the Senate.

If the Senate does flip to Democrat, we are likely to see one of the slew of policy changes advanced by democrats across the country to move forward. The question then will be what is the smartest approach. Given Biden's position that we should let the states choose, and that this should be decriminalized but does not favor national legalization, I would suggest that something akin to the States Act is the most likely outcome of this process.

Historically, Democrats have increased regulation and government oversight and intervention into industries. Republicans have done the opposite. Despite the cannabis industry being a bipartisan industry the cannabis industry. It is an industry where industry operators are begging for regulation or begging for clarity are begging for certainty on both the industrial hemp side and the marijuana side, of course, the industrial hemp conundrum is far easier to address because the legislation has been enacted which legalized the plant and its derivatives and we simply wait for the FDA to move forward with policy.

On the marijuana side, legislation must be enacted to provide any semblance of certainty for those actors in this space new political leadership in the white house which will trickle down to new leadership at the various relevant agencies, perhaps even the DEA, can be influenced by new policies that come from the White House.

Some of those policies involved banking banking of course is a major issue as it relates to the cannabis industry. Marijuana banking is few and far between because of the fact that marijuana is unequivocally a Schedule I substance at the federal level. Community Banks credit unions and state-based chartered banks have filled the void. It has kept most major national or international banks out of the equation. The safe Banking Act would be an answer to that.

Th Senate Banking Committee is currently led by Idaho Republican Senator, Mike Crapo and that could change if the Senate flips. Otherwise, Crapo has indicated a willingness to move forward with a vote by the end of 2020 which appears unlikely given the political turmoil and the pandemic which colors are daily lives. However, there is a possibility that if the Senate flips that a new approach to this would move forward and that would be a bipartisan approach considering there are many Republicans that currently support the SAFE Banking Act.

Of course, Mitch McConnell controls the Senate agenda and as such, whether or not a vote would be allowed to make it to the Senate floor. This remains problematic because even though Mitch McConnell has been a savior in many respects for the industrial hemp industry, he does not feel the same way about hemp’s “sinister cousin,” the marijuana plant. The SAFE Banking Act would apply to both.

Banking is critical for the industry and helps create certainty. It helps create record-keeping it helps give policy makers and the general public confidence that these operators are accounting for every dollar and that business is being run the way businesses are supposed to be run and that the government is obtaining the appropriate amount of tax revenue from a variety of sources related to the sale of those materials and products in the marketplace.

A new chair of the U.S. Senate Banking Committee could in fact pump fresh life into the stalled cannabis banking reform, even if Republicans maintain control of the Senate when Congress convenes in January. This would allow banks to service operators within this space with basic and traditional financial services and that in fact would be a game changer for the industry.

And last but not least while I don't expect the Biden administration to deschedule marijuana or legalize it at the federal level, there is a better chance that the treatment of cannabis and all forms under the Controlled Substances Act is reformed to alleviate the pressure on these businesses by removing the 280e problem that undercuts all profitability and expense deductions from marijuana business operators.

While the future is certainly unknown and the policies announced by the Biden Administration are not terribly dissimilar from that of the Trump Administration, due to the social justice movement and the need to increase economic activity, it is likely that the Biden Administration will move forward with new policies that loosen things at the federal level for the industrial hemp and the marijuana sectors of the cannabis industry. Even if it's slight movement, the industry will respond and will continue to thrive as an essential business during, and after, this pandemic.

Love how the opening 2 paragraphs are a cuck passive aggressive slam towards President Trump... very classy.... btw its blatantly obvious there are massive fraud issues... in fact the dishonesty of the leftist POS DEMONCRAPS is openly on display for everyone to see... and the leftist tools revel in wallowing in socialist anti-American crap...
You must log in or register to reply here.