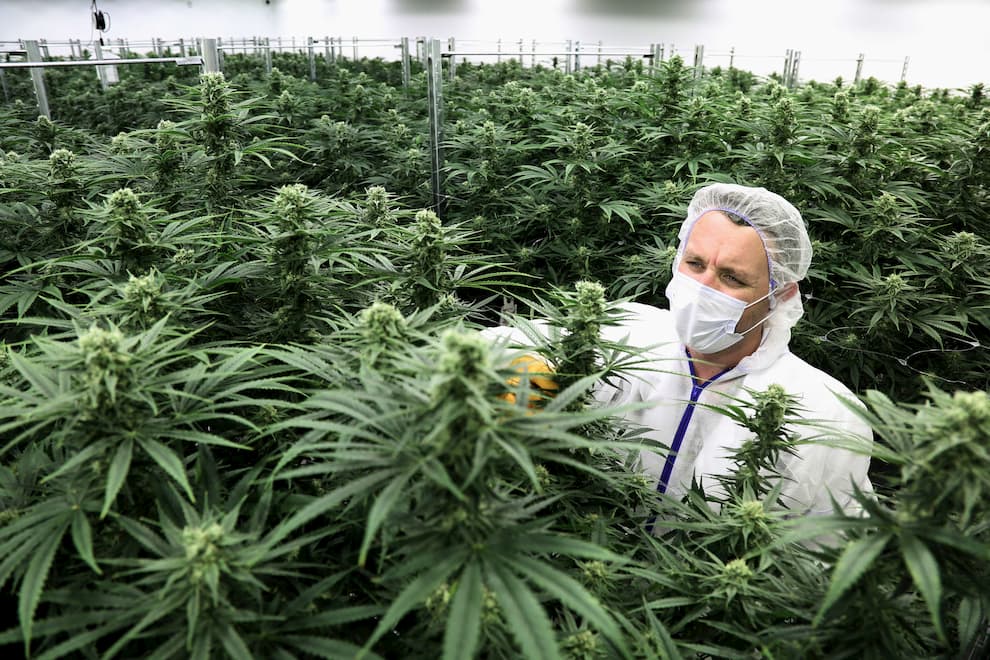 But New Jersey's Democratic-led Legislature finds itself at an impasse over measures decriminalizing marijuana and, until late Friday, also setting up the new recreational marketplace.

Democratic Gov. Phil Murphy and legislators said they reached an agreement on setting up the marketplace, but didn't disclose details on Friday.

Lawmakers and lobbyists express cautious confidence that the measures will move forward, but the logjam comes even though the top two legislative leaders and Democratic Gov. Phil Murphy largely agree on how to move forward more than a year after the trio announced their support for legalization.

Legislators have penciled in Dec. 17 for the final voting sessions of the year. On Jan. 1, the amendment that passed with support from two-thirds of the voters takes effect.

A closer look at what the sticking points are and what's going on:

Why the legislation if voters already approved?

Voters overwhelmingly said yes to a constitutional amendment that legalizes a recreational marijuana market for people 21 and older. But the amendment doesn't specify what that market would look like, beyond tasking the Cannabis Regulatory Commission with overseeing it.

The amendment also does not address laws on the books that outlaw marijuana crimes, like possession and distribution. Neither does any state law address a cannabis marketplace. The Legislature has always known it would need to step in.

So what are they proposing?

There are two key bills; one rewrites the state's laws on marijuana possession.

Currently, marijuana possession and distribution of an ounce to 5 pounds of marijuana is punishable by as many as five years in jail. The measure would make it lawful to possess up to 6 ounces of marijuana. The other bill, which is the one Murphy said there's a deal on, sets up the marketplace, placing the Cannabis Regulatory Commission in charge of it. The legislation also addresses tax rates, which were a key sticking point early on.

The bills sets up a sliding scale of a per-ounce tax rate on cultivators. If an ounce of cannabis costs $350 or more, the tax is just $10 per ounce. But if the price per ounce falls to below $200, then the tax climbs to $60 an ounce, with two additional steps between those two levels.

What's the problem, then?

Both measures are pending in the Legislature at the moment. The state Senate passed the legislation decriminalizing marijuana, but it has hit a roadblock in the Assembly.

The issue, lawmakers say, had to do with psilocybin mushrooms. Huh? The drugs known as psychedelic or magic mushrooms were added to the Senate version of the bill shortly before it passed, with a bipartisan majority. The measure downgraded possession from a third-degree crime to a disorderly persons offense.

The bill setting up the marketplace snagged on whether to limit the number of licenses the state authorizes for businesses that want to get into the marijuana trade.

The Assembly favors limiting cultivator licenses to 37. The Senate is opposed to any such limits, arguing they could stunt supply and consequently fail to put the marijuana black market out of business.

The Senate is also proposing that the proceeds from the per-ounce tax be entirely used in towns and cities whose residents were disproportionately affected by marijuana-related arrests, while the Assembly is not.

Lawmakers say they're working behind the scenes on the measures. Their last chance to vote on them before the amendment goes into effect comes just before the winter holiday break.

Anticipating that lawmakers are working on legislation, however, Attorney General Gurbir Grewal has directed prosecutors to use their discretion and not pursue a number of marijuana possession charges until Jan. 25.

“Fairness demands that we suspend prosecution of marijuana possession-related cases while we await direction from the Legislature," Grewal said in a statement.

Why do I see (LOBBYIST -) They pay for who we elected to go against us!!! EXCUSE ME!! - am I the only one that says bull crap!! Where are my fellow Americans??

Lobbyist sent by nothing less then corporate terrorist buying the trust our voice we were promised.

HOW DARE THEM TALK TO A PRESON WE ALL NO IS BRIBING HIM FOR OUR VOICE!!!
We were promised us we could trust him!!! Throw his lieing azz in a terrorist holding facility!!!

WE DONT OWE THIS SUPPER RICH AZZ TRAIDOR NOTHING!!! BRING ANY SENATOR THAT EVER JUST SAT WITH A LOBBYIST UP!! Freeze all the money we can!! It’s OUR money any way!!!

Here is a todo ASAP
I do not know when. I do no this - a corperate experiment manifested into what I call (IT) a global super power.

(It) first step was to place people in political seats of power - memebers of the senate that didn’t work or been placed they sent highly paid lobbyist and bought them.

there is not a sigle item you can buy that they don’t regulate - thus money is no longer an issue - they taken control of all media in and outlets controlling the information of the masses making them complaint to there self gains and acts of terrorist:

charges with crimes agisnt the nation and the people and high treason- Lobbyist retro active be hunted down as terrorist bribery, crimes aginst the nation.