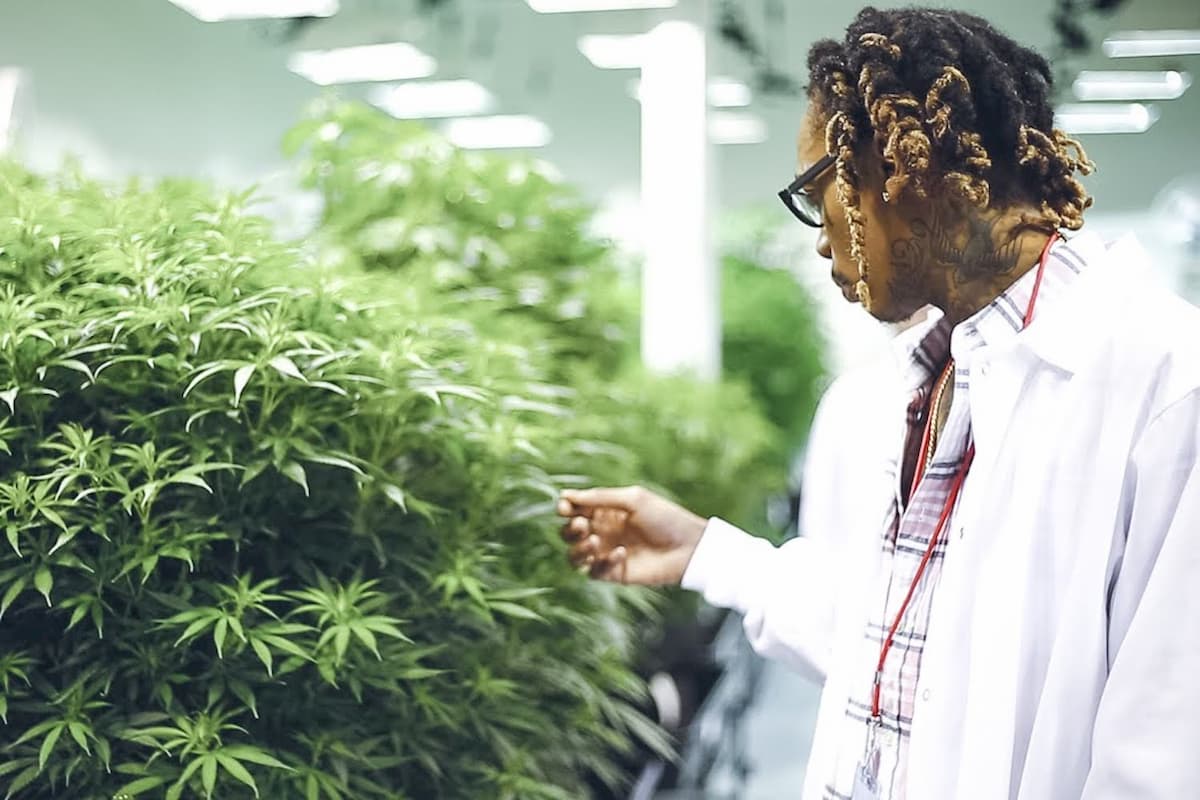 Rapper Wiz Khalifa and NFL Hall of Famer and GMA Host Michael Strahan are being sued by one of the co-owners of their cannabis company Khalifa Kush.

According to court documents obtained by The Blast, the plaintiff, Carlos Arias, who is the director and managing agent for Cuzzi Consulting, Inc., claims he was denied interest from the company’s proceeds, including a cannabis licensing deal valued no less than $20,000,000. He says in sum, defendants “pilfered more than $100,000,000 in assets from Nominal Defendants”.

Arias claims the “scheme was orchestrated by Defendant Wiz Khalifa and his entourage who conspired with the illicit assistance of outside counsel Pryor Cashman to misappropriate assets from the Nominal Defendants and funnel the proceeds from to themselves and certain third party beneficiaries, including, purportedly, Defendants Michael Strahan and SMAC Entertainment”.

Arias is accusing the defendants of being motivated by denying Arias his fair and equitable interest in the Nominal Defendants’ assets, which were largely the product of his prodigious efforts and sacrifice. Arias claims he was threatened and exploited into this “scheme” by defendants.

Wiz’s music embraces and celebrates his well-known affinity for cannabis. From Rolling Papers and Young Wild & Free to Rolling Papers II and Kush and Orange Juice,4 Wiz’s albums and mixtapes regularly champion cannabis culture and promote the rapper-songwriter’s image as a cannabis connoisseur. Consequently, Wiz’s music has earned him a broad and rabid fan base among marijuana enthusiasts, such that he is widely considered today to be “one of hip hop’s chief ambassadors for the leafy flower”.

In the lawsuit, Wiz Khalifa’s is described as “one of hip hop’s chief ambassadors for the leafy flower” And his focus on cannabis and cannabis culture in his music and public appearances is designed to increase his visibility in the cannabis community and reinforce his reputation as a cannabis authority and devotee. Wiz introduced and promoted his own signature strain of cannabis under the brand name “Khalifa Kush” in collaboration with Cookie Co. 415, a medical marijuana dispensary based in San Francisco. Wiz claims that Khalifa Kush was cultivated based on his personal “taste and high preferences”.

Khalifa Kush was heavily promoted on Wiz’s social media in 2014, the same year Wiz released the song “KK”. Wiz’s commercial opportunity to market, sell, or otherwise profit from his signature cannabis strain was limited due to California’s then-prohibition of recreational marijuana.

The plaintiff, Carlos Arias, claims Wiz made little to no money on his collaboration with Cookie Co. 415, though the collaboration and launch of the Khalifa Kush strain did raise Wiz’s profile in the cannabis community.

Arias says Wiz’ connection with Michael Strahan and his company was partially responsible for influencing, managing, and accounting for all businesses that seek to leverage Wiz’s high-profile standing in the cannabis industry.