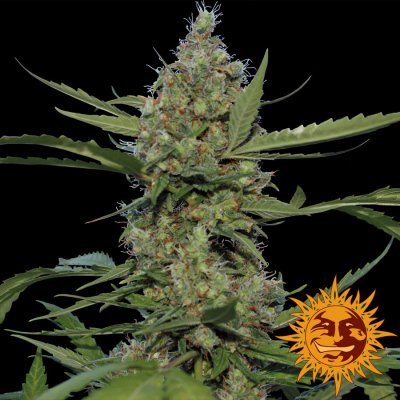 Laughing Buddha is an 80% sativa strain that is a cross between a land-race Thai and Barney's own Jamaican hybrid. It produces an archetypal sativa effect that provides a rush of energy.

For such a sativa-dominant strain Laughing Buddha is quite restricted in terms of its height reaching approximately 100 - 110 cm. tall. It does, however, produce healthy side-branches which will need to be supported in the final three weeks or so of flowering due to the weight of the large, dense buds that develop. Indoors the flowering time is between 70 - 75 days with very good yields of 600 gr/m2. Outdoor cultivation will be restricted to regions that avoid early frosts as it will not be ready to crop until the second half of October in northern latitudes.

THC levels are 22% with 1.6% CBD. Laughing Buddha exudes the intensely sweet perfume of ripe, tropical fruits and is one of barney's most fragrant marijuana strains. It was awarded the 3rd Prize Cannabis Cup (HTCC) 2003.
Click to expand...

Laughing Buddha - Sativa
Read about this product at our Strains Database - including effects, best time of day for use, medicinal purposes and more! 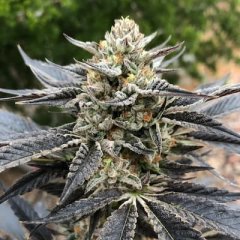 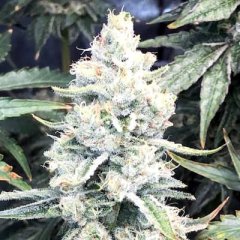 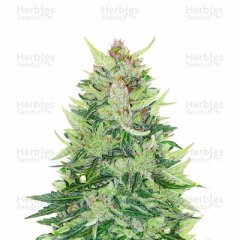 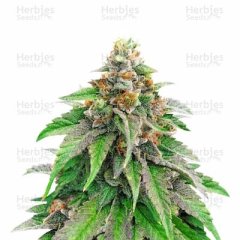 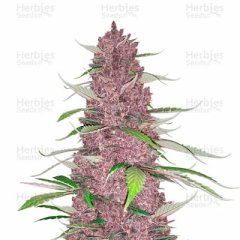