i wanted to share something with you guys since the majority of the Forum sits in the States. For most of you guys it will be easier to go to Colorado?!
instead of Amsterdam. I was in Amsterdam last weekend and enjoyed it pretty much :) again :)

I took some pics from the stuff i smoked and wrote down the places and the prices so if anyone will go to DAM in the next time he has a little overview.

This one was suggested by someone i met there. It was tasty but not that "apple" like. I think it was 100% Sativa.

C6
Was my opener this time(i buy tis every time when im in DAM).
100% Sativa and top on the pricelist in Dampkring. Its a really nice high because it pushes you forward.
I recommend this 100%.


Caboose
Never heard before. The Budtender told me that it is not always available but when, its always 18€/g.
He showed me the box and it looked rly nice and the smell was very interesting too. A really good smoke imo.


Damnesia
This one is for me kind of a downer. When i want to sit down and relax i prefer this Smoke. Its also an all time Classic for me in Amsterdam.


Grape & Mango Haze
This shop has always very good smelling Mango haze. This time they had Grape Haze on the list and believe me or not the smell was so much like Mango
and Grape, it smelled like someone just cut a Mango or Grape into two pieces under my nose when i smelled the weed. Burned in the joint it was still
tasty not as extreme as the smell would let you hope but still ok. Just check it yourself ;)


Mr. Niceguy
Very sticky. Fingers were like with glue. Nice comunicative high. We had good laughs on it.


OG Reekn
Really nice taste on this one too, the Kush taste is dominant. Stoned High...


Starbud
Was the last joint and the taste and stoned high were nice. Did his job ;)

I couldnt make pics of everything i smoked but here some other thins i bought:

prixDamis - Hash - Champagner - 11€/g - THIS ONE WAS THE HIGHLIGHT OF THE WEEKEND!! So tasty for a hash, i mean im smoking since 20 years
but this was like "wow. Wtf". Never had such a tasty hash rly. All people i smoked it with, said like, u mixed weed and hash in that joint?
The "standard" hash taste which is always there when u smoke a hash joint was not tasteble. It just didnt taste like a hash joint.
Recommend this for sure! 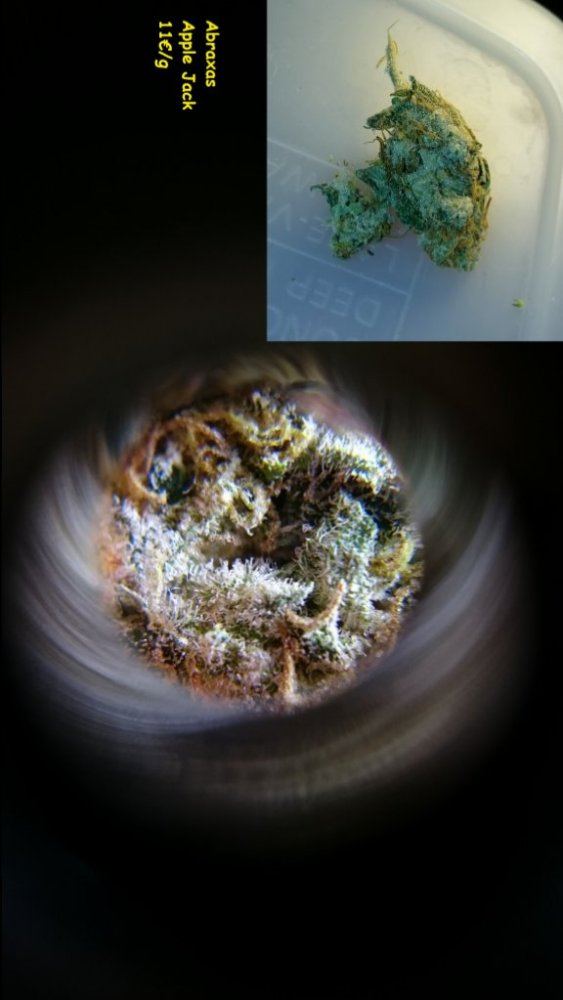 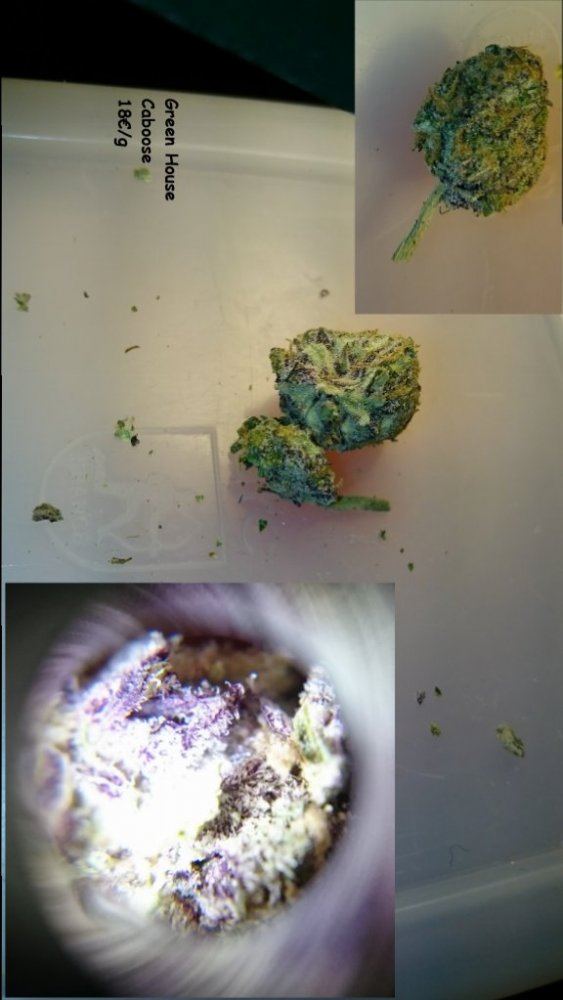 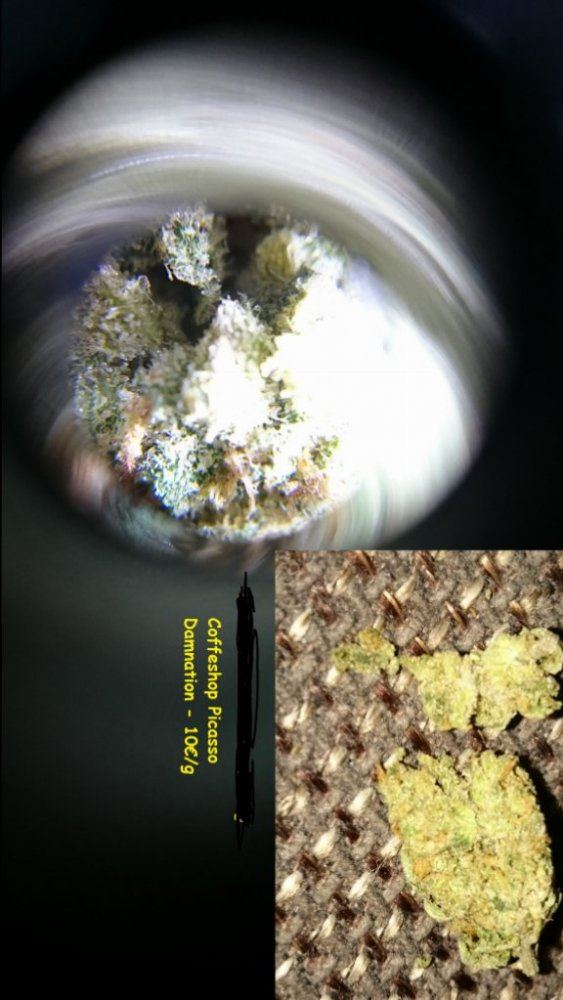 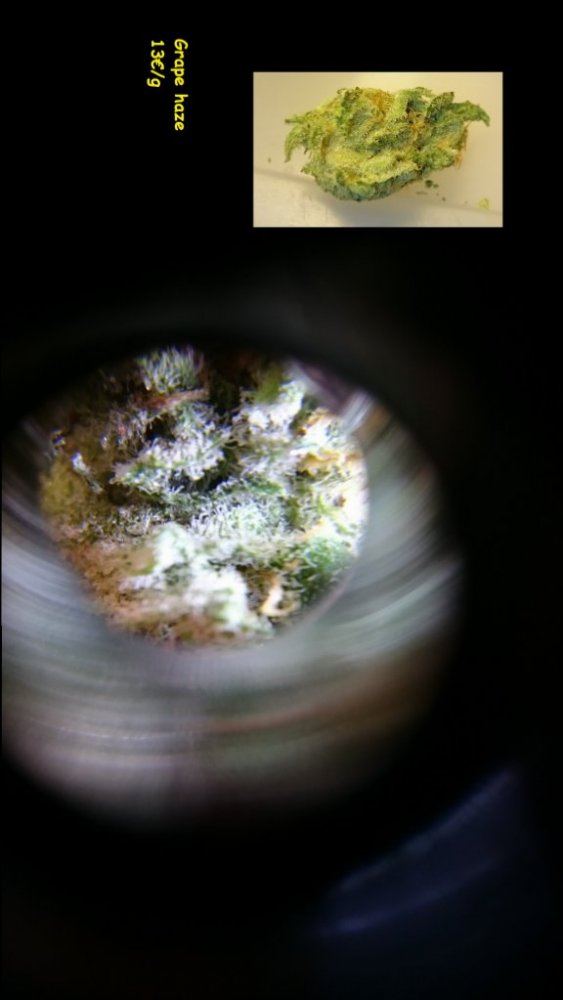 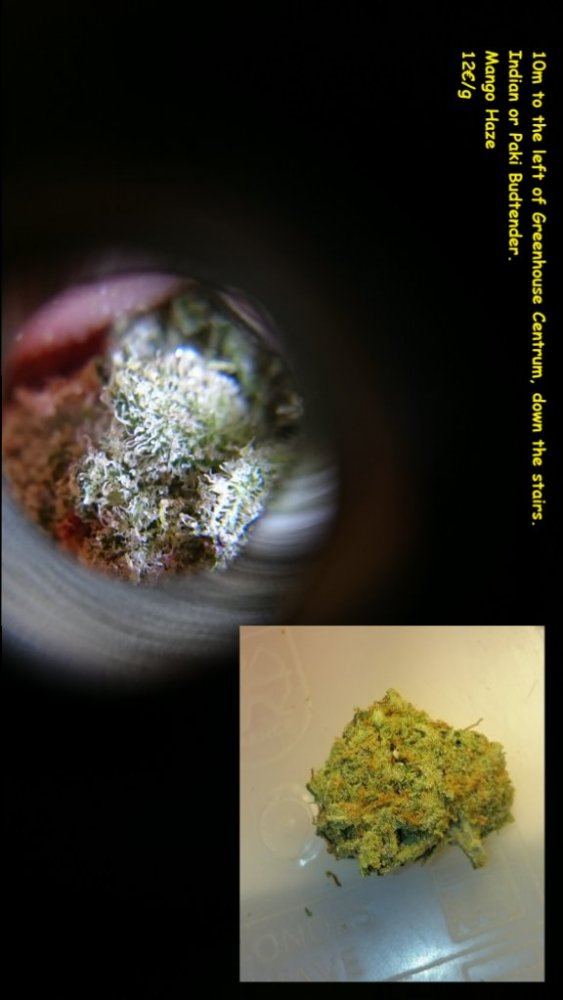 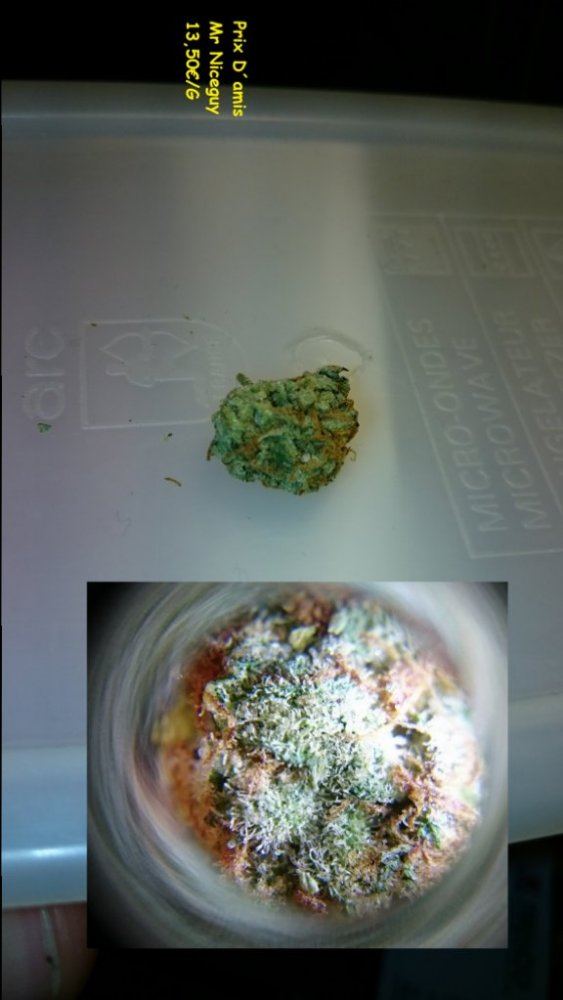 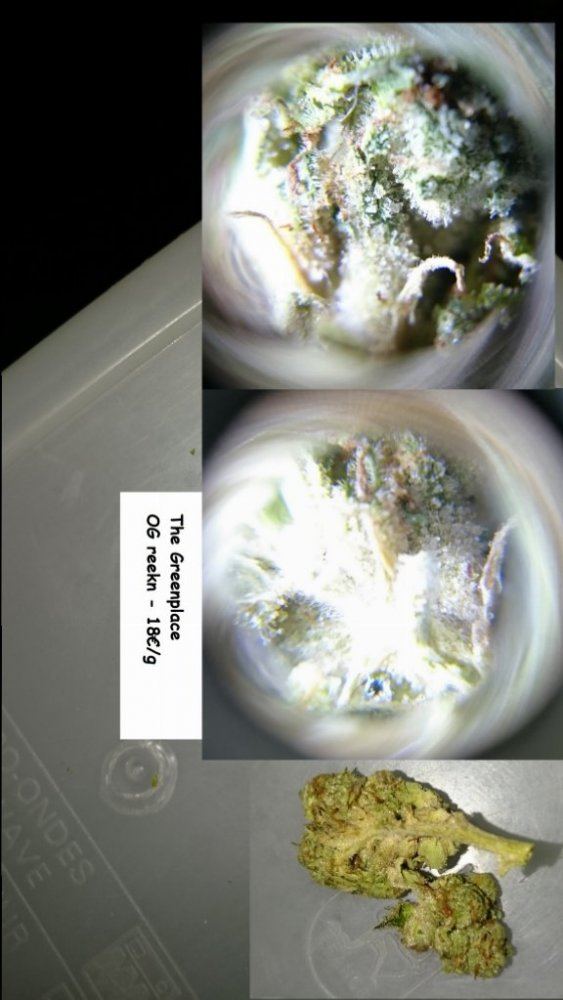 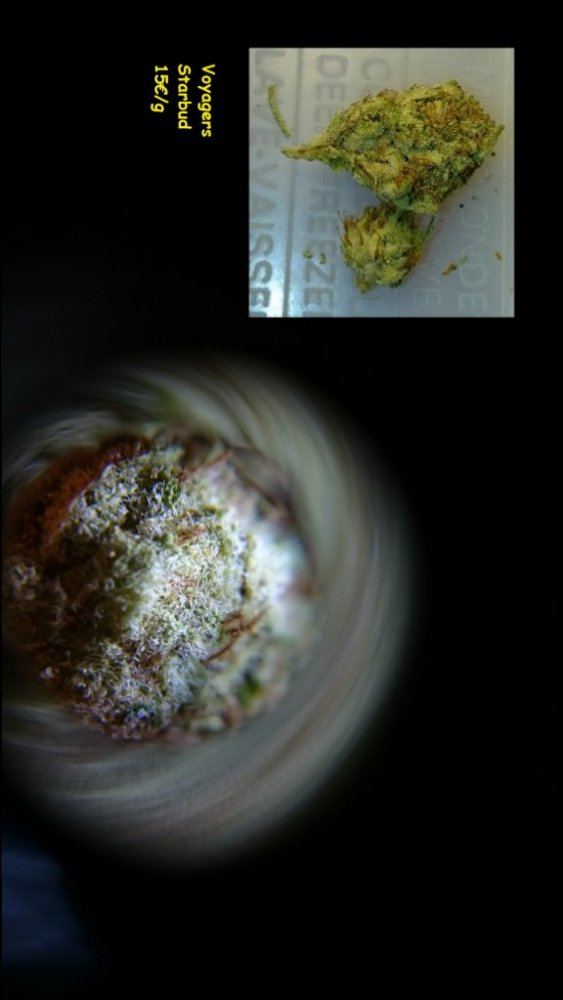 Most if their pre-rolls have tobacco mixed in it. I don't like tobacco mixed in mine, I get str8 weed joints. Here's some of mine from dec 2014,
First off Barney's coffee shop
Liberty haze.. Nice walking around buzz
Tangerine dream always nice ( racy kinda had me sweatin)
Chronic Thunder was ok not much taste.
Cookies kush had a dirty taste to it, didn't have enough for second sample
Hash
Caramels cream nice and smooth, get it every time I'm there.

Blues Brothers
Blueberry not much to say. 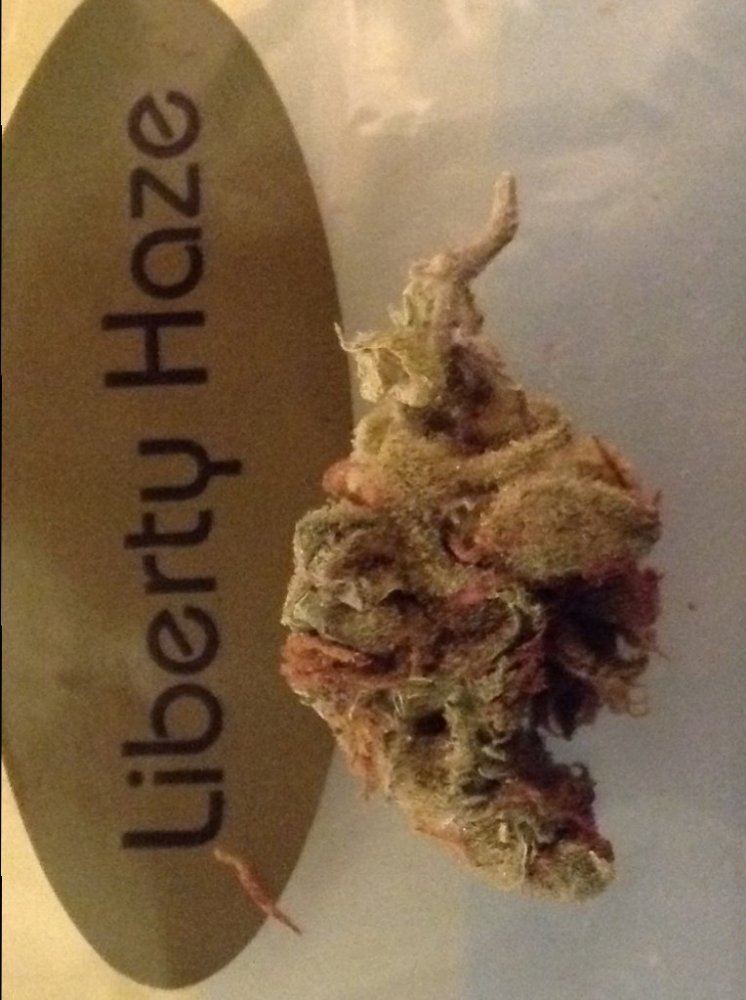 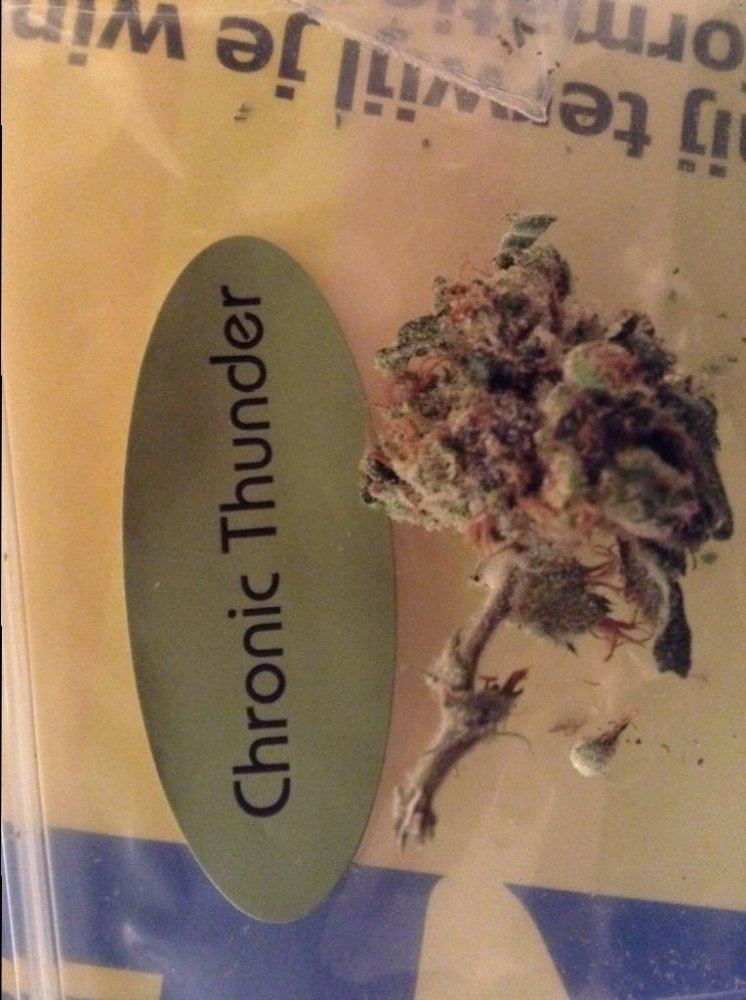 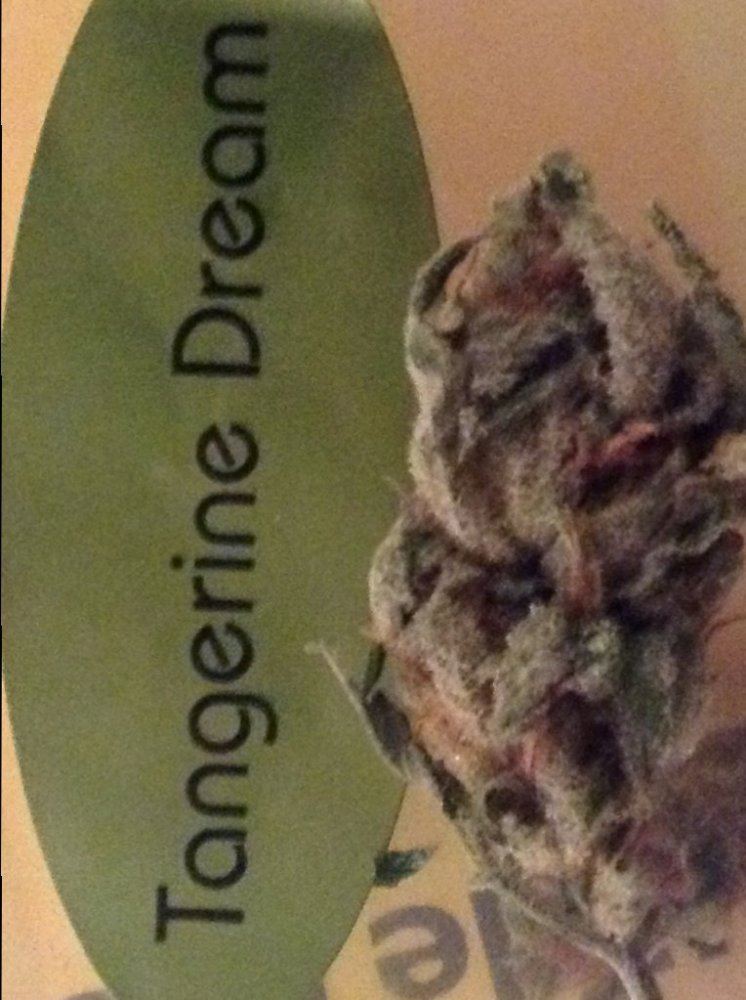 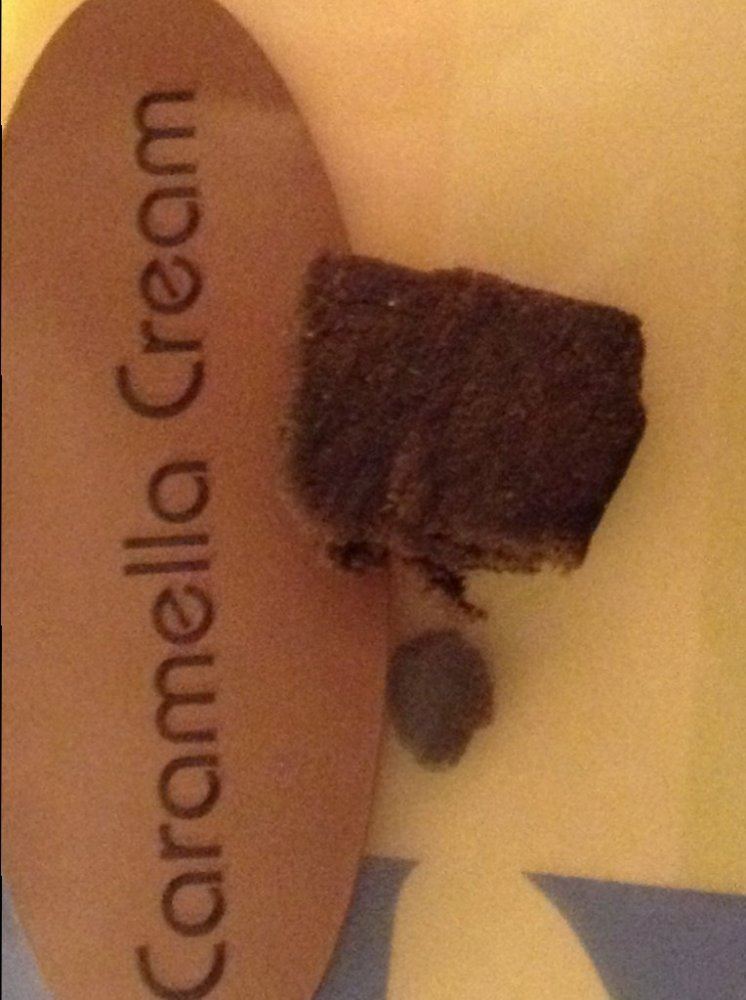 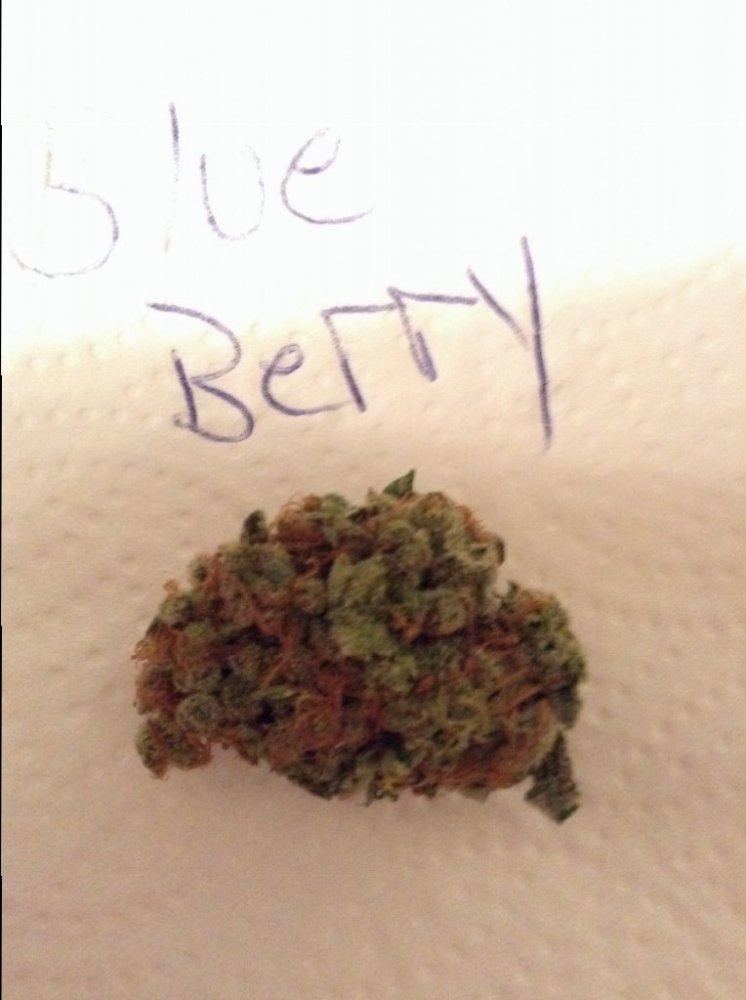 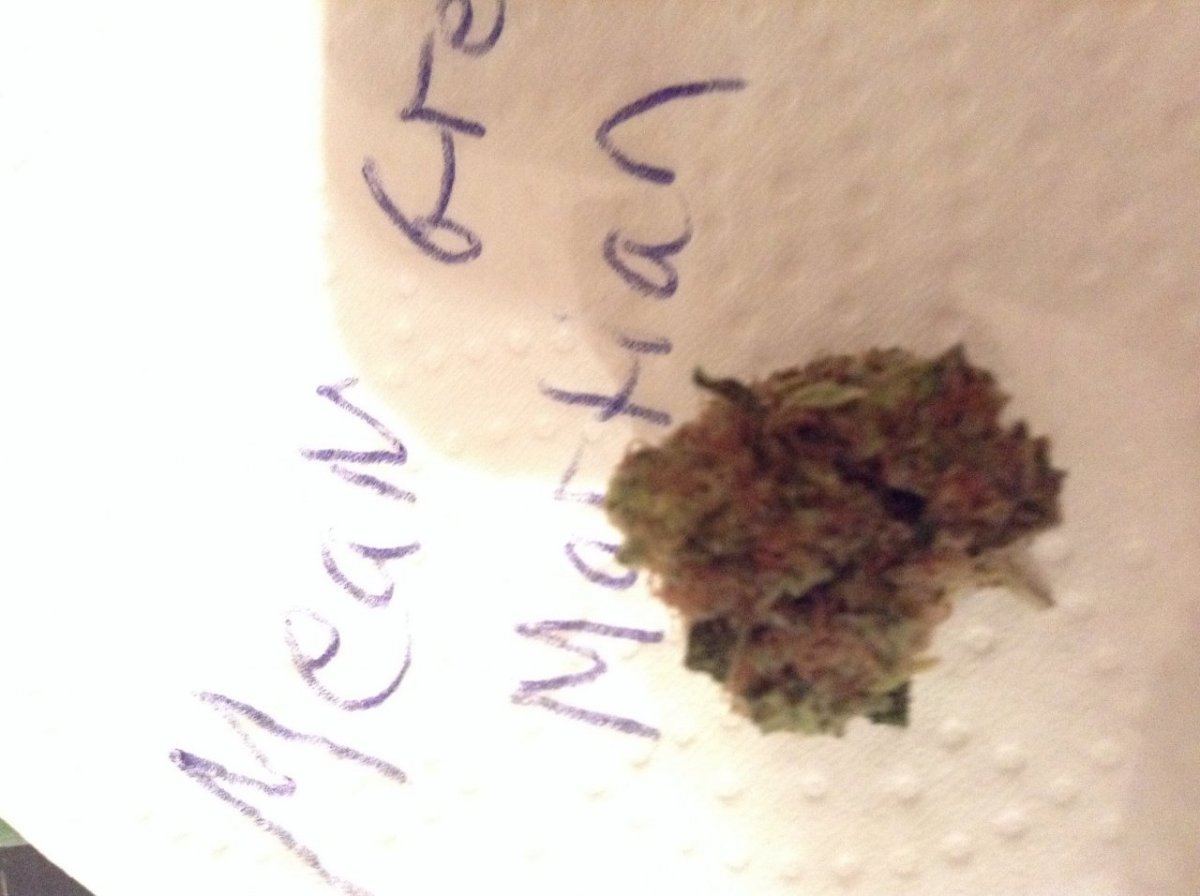 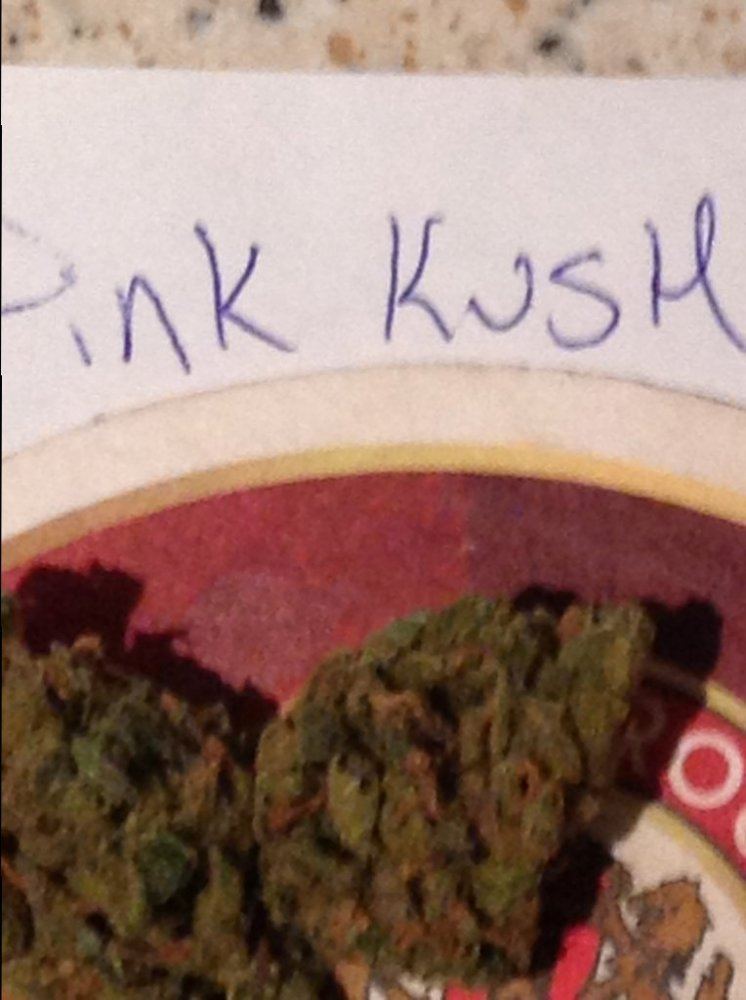 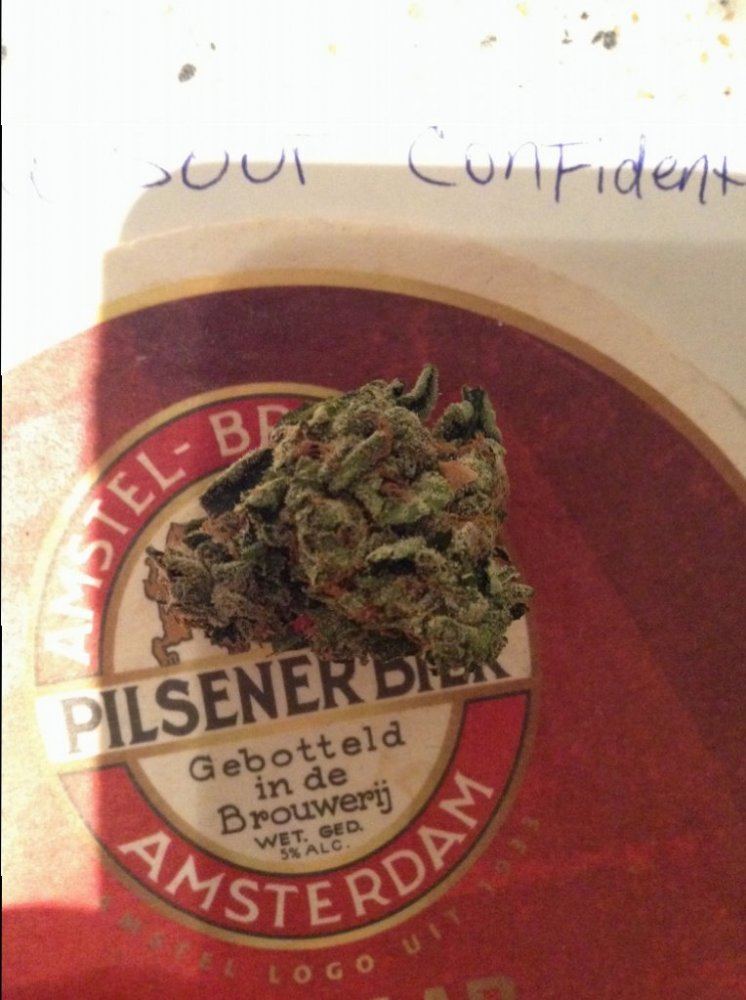 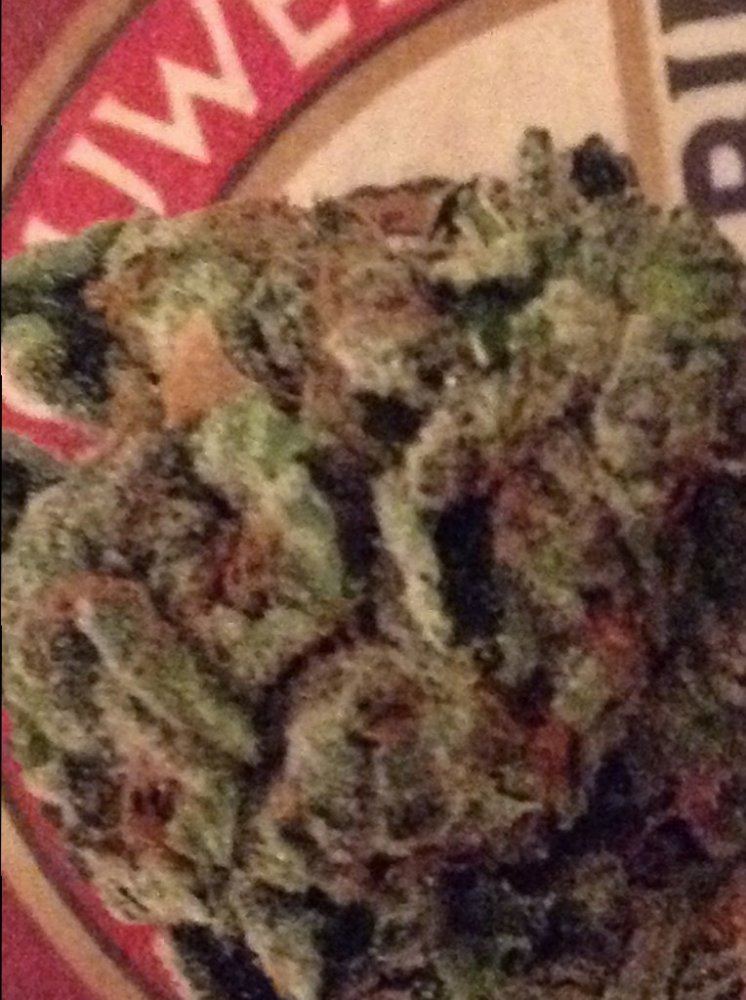 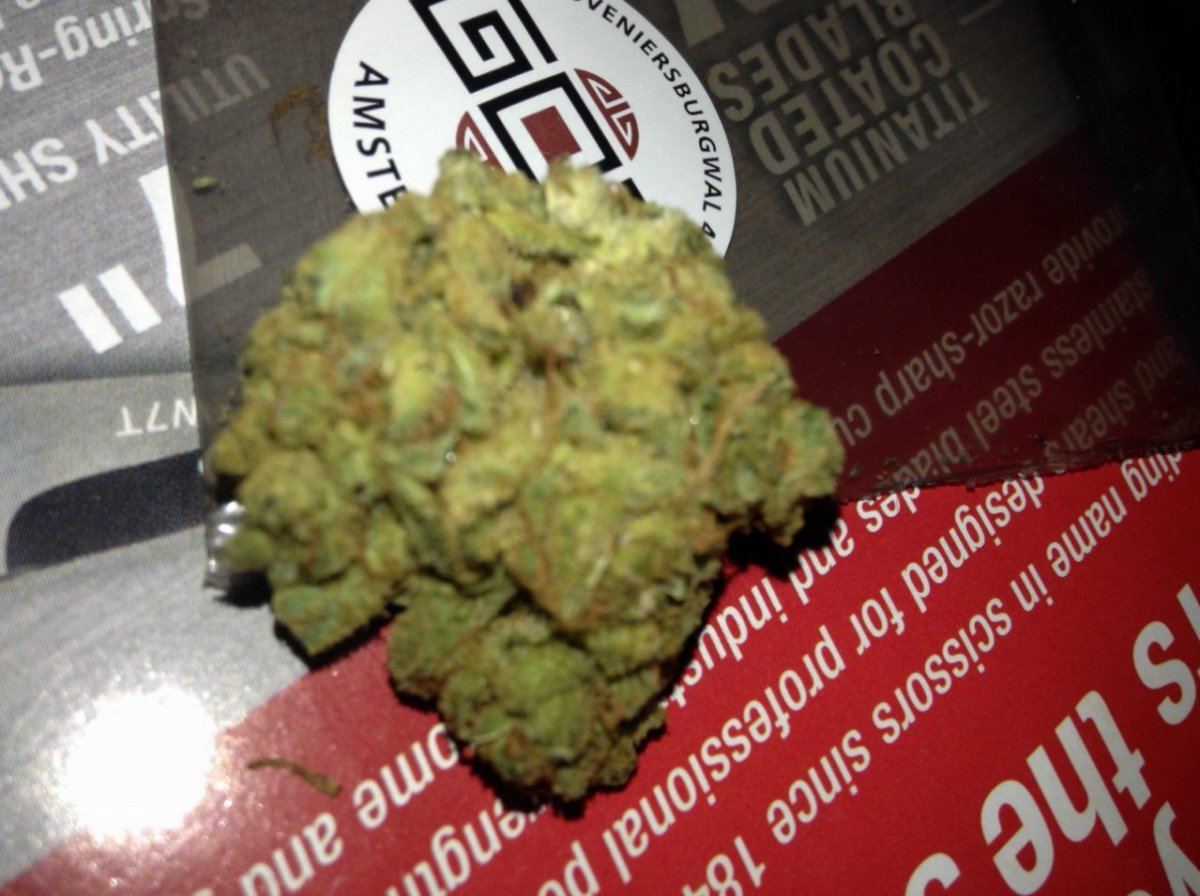 That's just a sample of what I sampled, didn't get pics of all.
That was probably the best time I've been with the lights festival going on 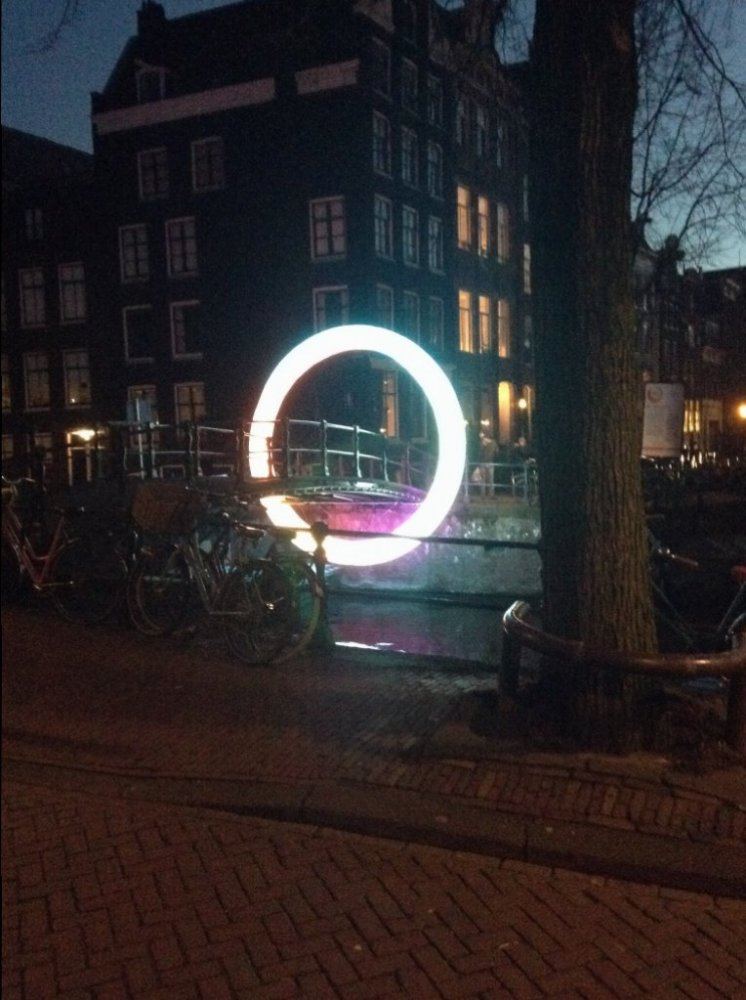 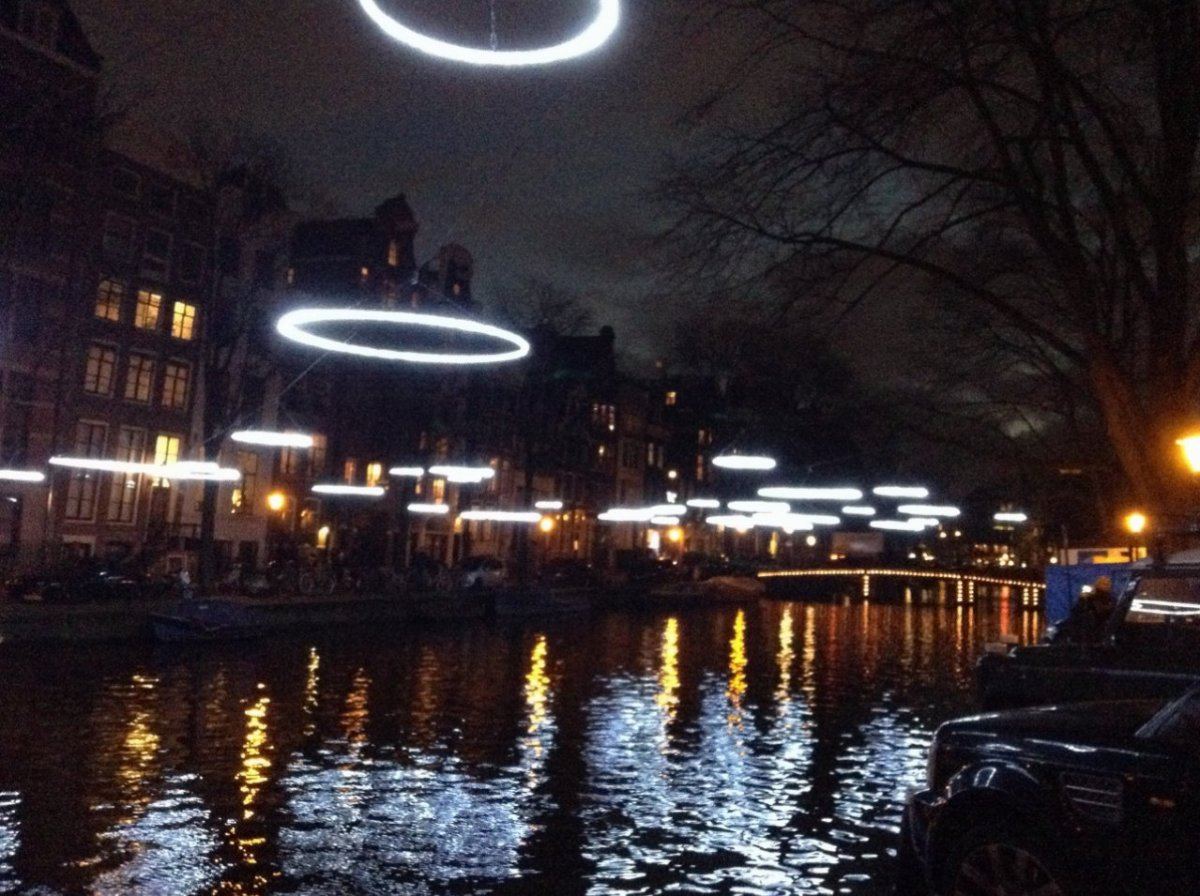 I love just walking around for hours while I'm over there, shit my wife gets worried somethings happened when I get home 6 hrs later.. Like I said I love it,I'm not from a city that's as close or walking distance..

Yeah definitely!! I love wandering around in Amsterdam by myself when I'm around! It's such a beautiful city..! Plus you can always stop at a nice place for a smoke without having to worry. And that's the best feeling, especially when you're in a city of that size!
Do you often travel to Amsterdam and the NL @STR8 ?
Peace!

FrankieCoste said:
Yeah definitely!! I love wandering around in Amsterdam by myself when I'm around! It's such a beautiful city..! Plus you can always stop at a nice place for a smoke without having to worry. And that's the best feeling, especially when you're in a city of that size!
Do you often travel to Amsterdam and the NL @STR8 ?
Peace!
Click to expand...

I've been about four/five times. My Inlaws live there,so we try to go everyother year. We trade off,we go there ,they come here.
But now they spend the summer in Spain so we might try to make that trip in a couple years.
I love it over there ,it's the only place I like that gets that cold at times.
STR8
You must log in or register to reply here.
Share:
Reddit Pinterest Tumblr WhatsApp Email Link