Well today seemed like a proper time to write another grow journal. Let some folks chime in amd tag along. I havent grown in some years life has been busy and one magnificent roller coaster, however I now have the time. I came from what used to be "TheDankDen" I had a host of grows, and builds and such way back on that site that I assume is long lost.
So we are at roughly week 2? Maybe 3? I don't know.. from seed, 7gl pots using cheap organic soil I made myself. The two plants in the room right now are Purple Kush Fem.. Forget who's genetics? I had ordered several others that were auto, however none seemed viable and didn't pop. What a shame because I've never grown autos.
I'm using stupid cheap LED bulbs and some supplement cfls, (now remember i'm just playing around its just for the time being) But I thought id introduce myself say hello and show off these little ladies. I'm excited hope you are as well, ill try to update at least once a week with photos and weird ideas.
Cheers, Beans. Found bean on floor, broke rule #1 and transplanted into miricle grow organic bc could not get ffof bc of supply chain issues due to flu, have no idea what she is! Around 40 or so days old still vegging including free bees have over 40 strains but only 2 are sativa so not that but came out better then ever expected, a large plant bc is in less than 2 gal pot bc i wanted her to catch up with toofless alien witch is 56 days old and is now in flower closet. Your grow look good nice and healthy. 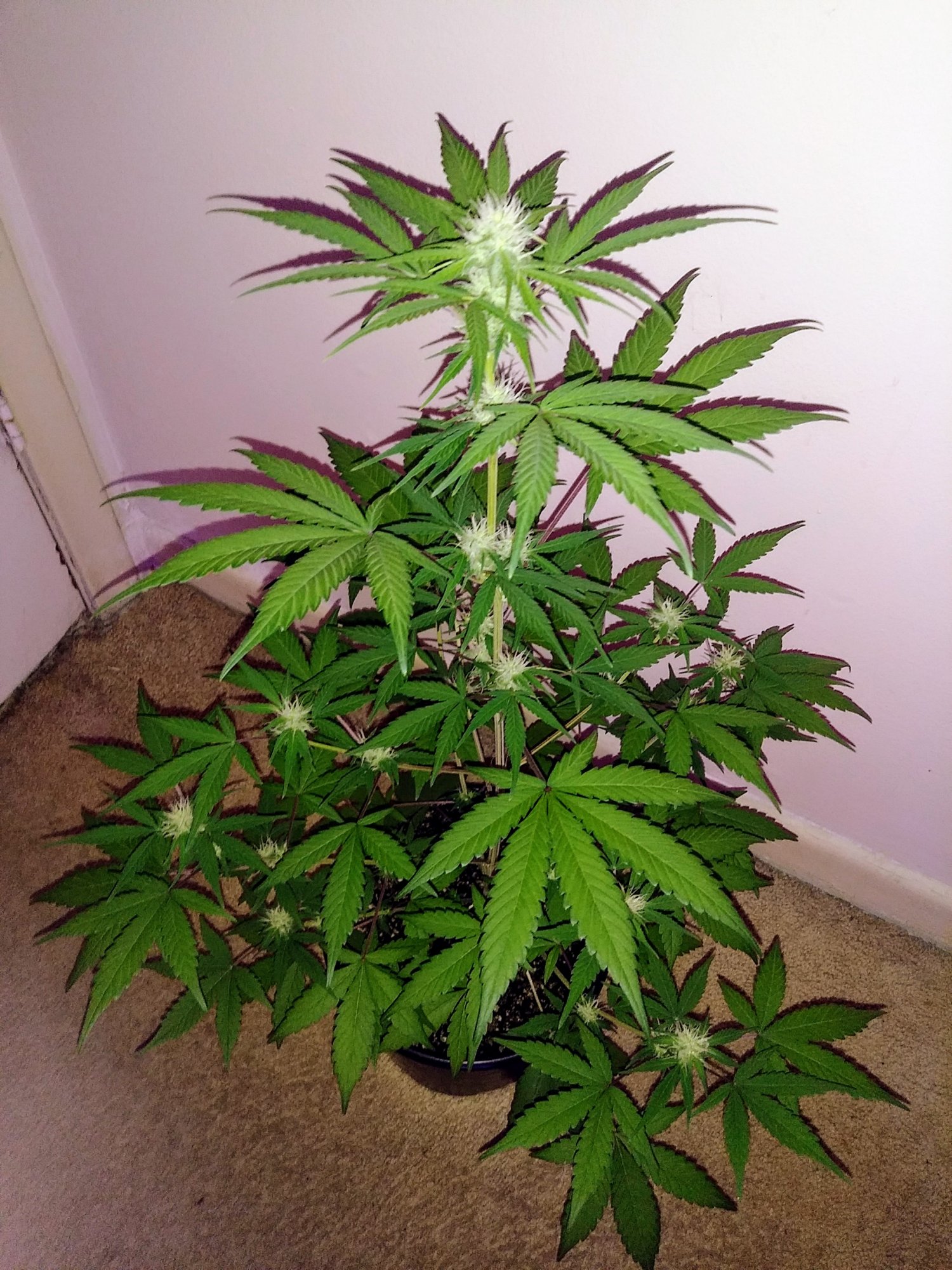 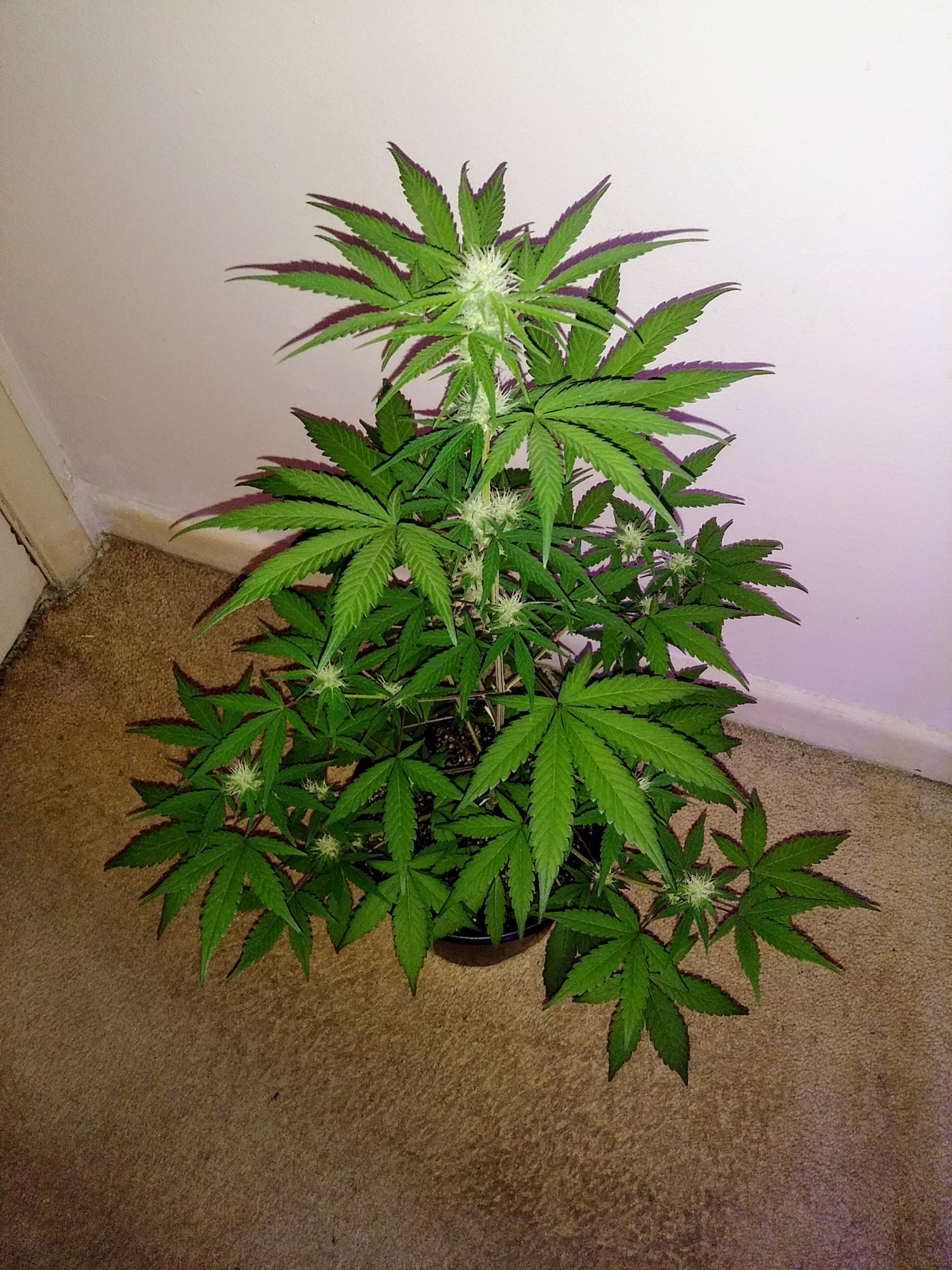 Yanno I have always heard the taboo about MG products, but as long as it doesn't contain time released nutes id use it if I had to.. Lol I've seen guys use entirely nothing but MG products and still come out with great product. I've also heard things that weren't so good I have no experience with MG. What are you feeding that girl? I'm looking to put these two on some serious robust flowering feeding schedules with all the good stuff so I like to see what others are using and or doing.

Hey all! Well I topped one of my girls since we last posted.. The other i haven't and don't plan too.. The growth is good were still vegging I don't have the lights I want just yet to switch these ladies over might do some training to the bad girl I topped heres some pic cheers enjoy...

Also looking for lighting advice I see about 7Million different LED lights on the market.. I want something 1000w or better that actually puts out that kind of power.. 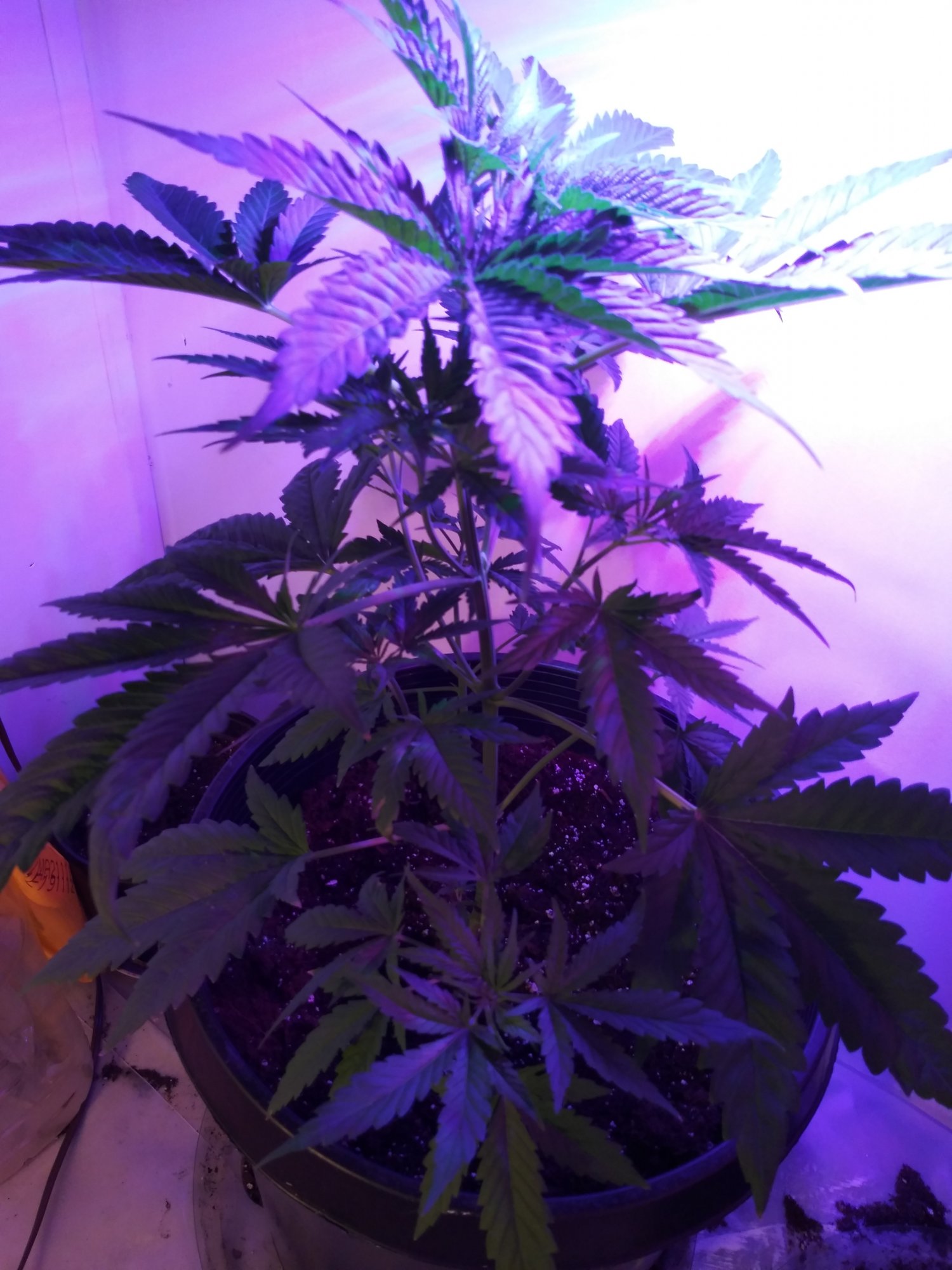 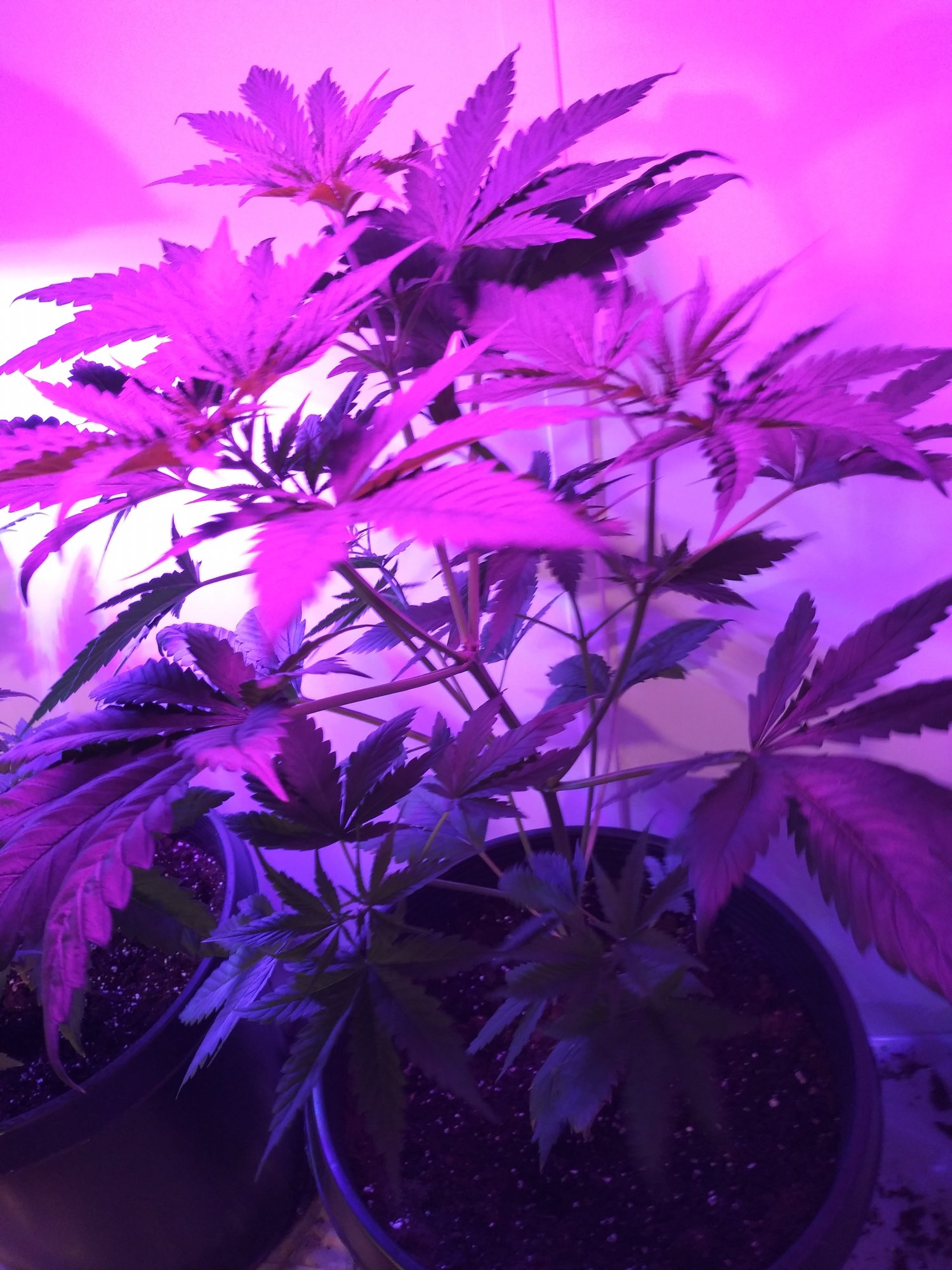 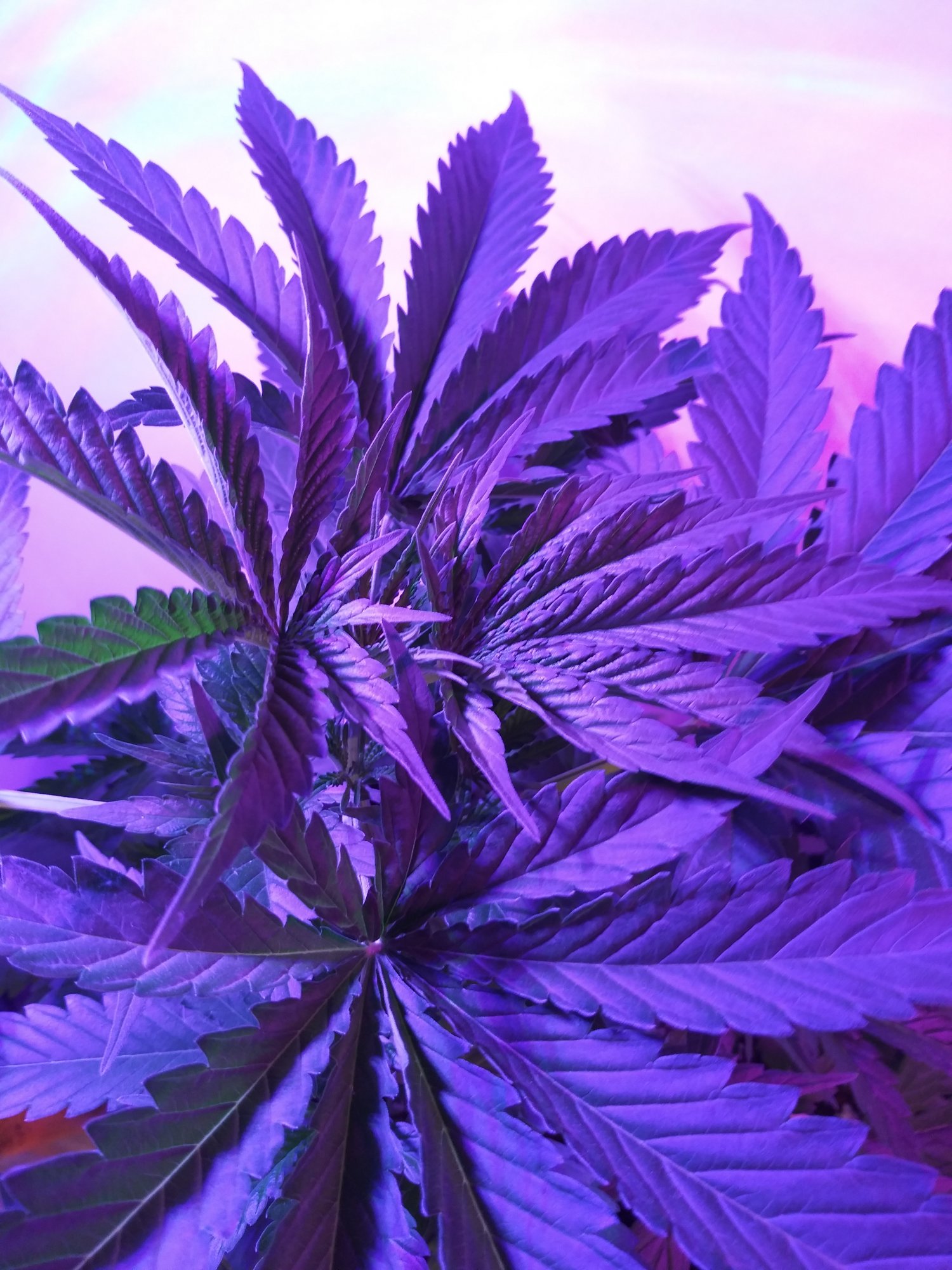 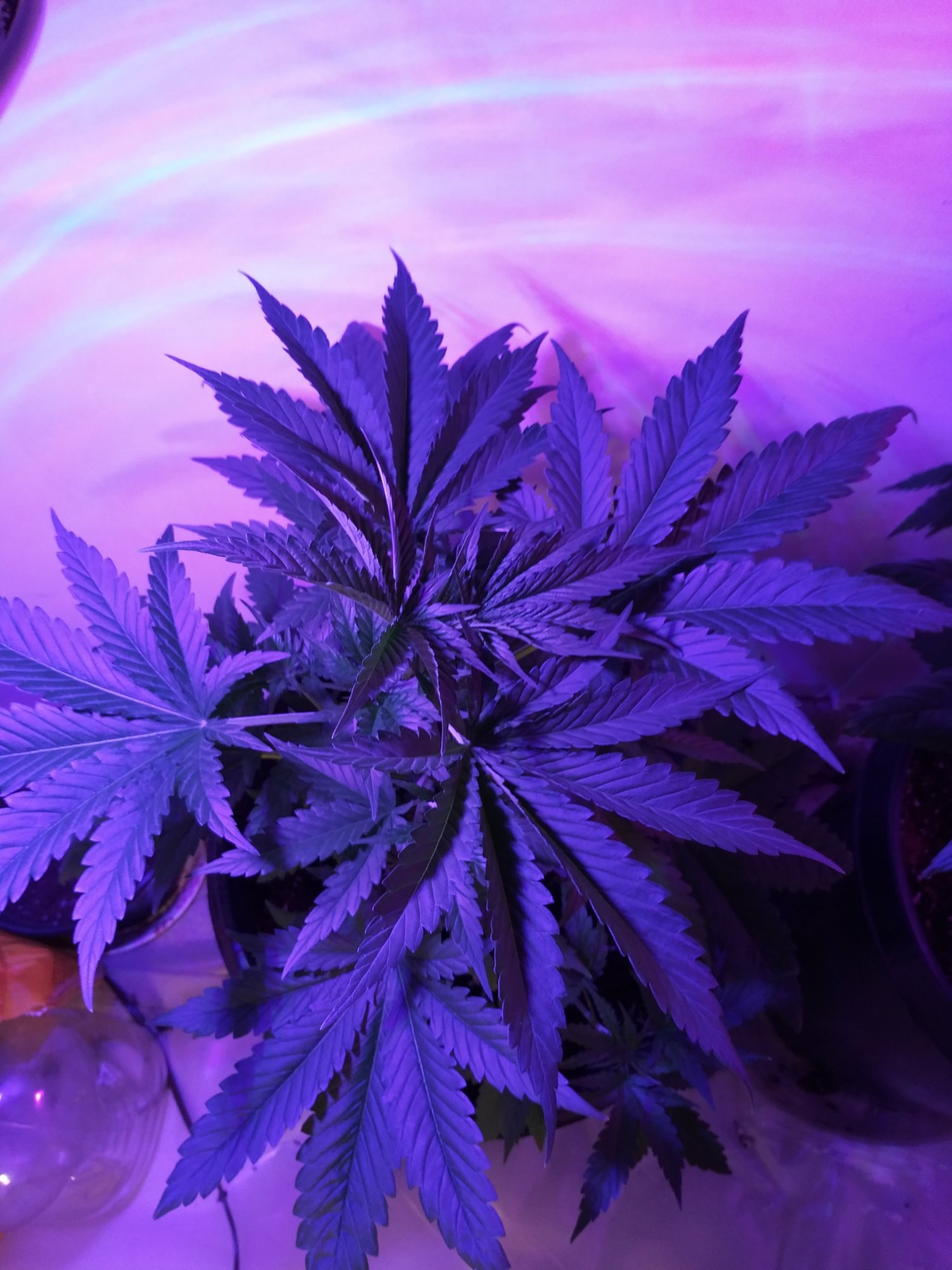 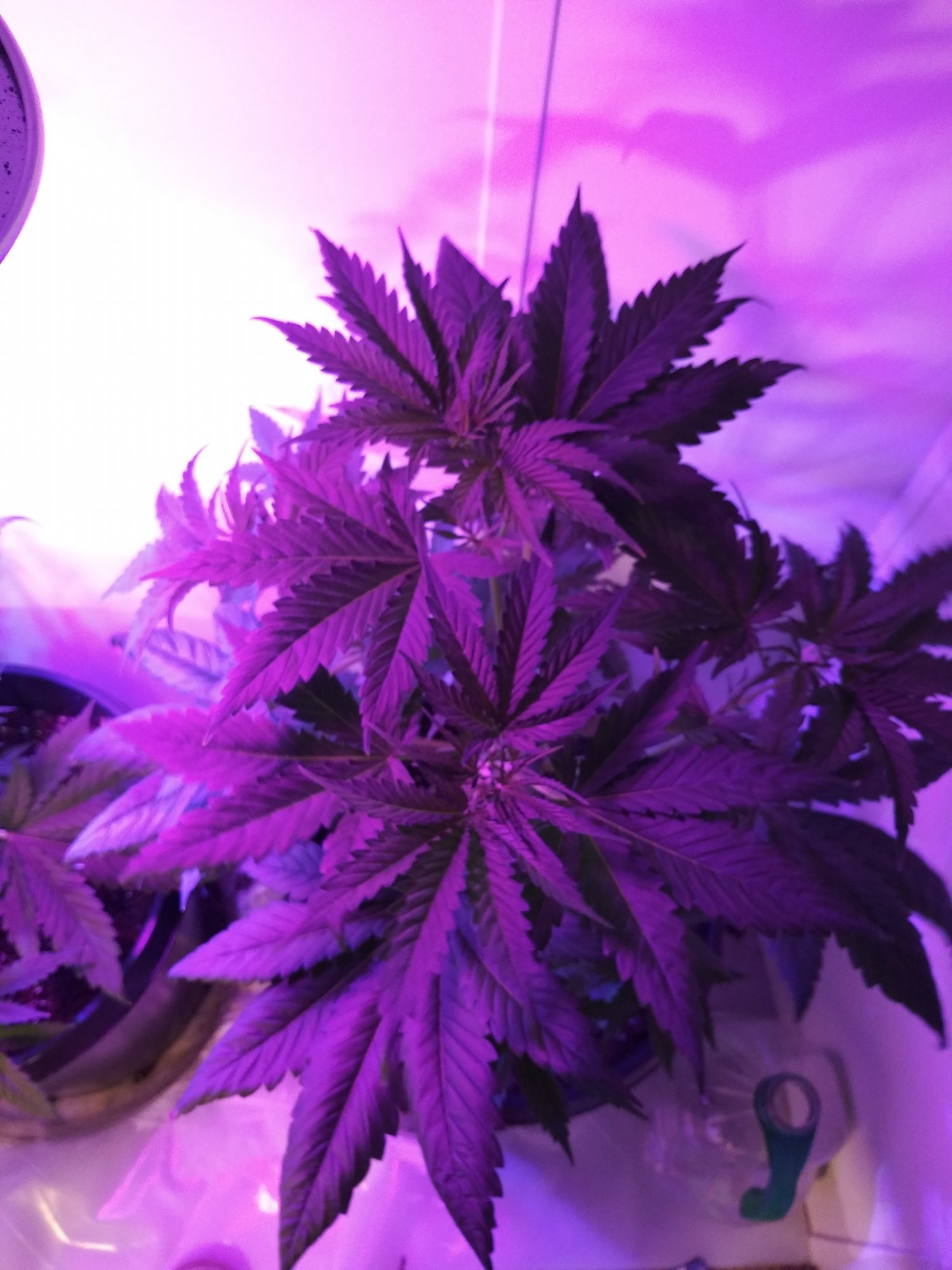 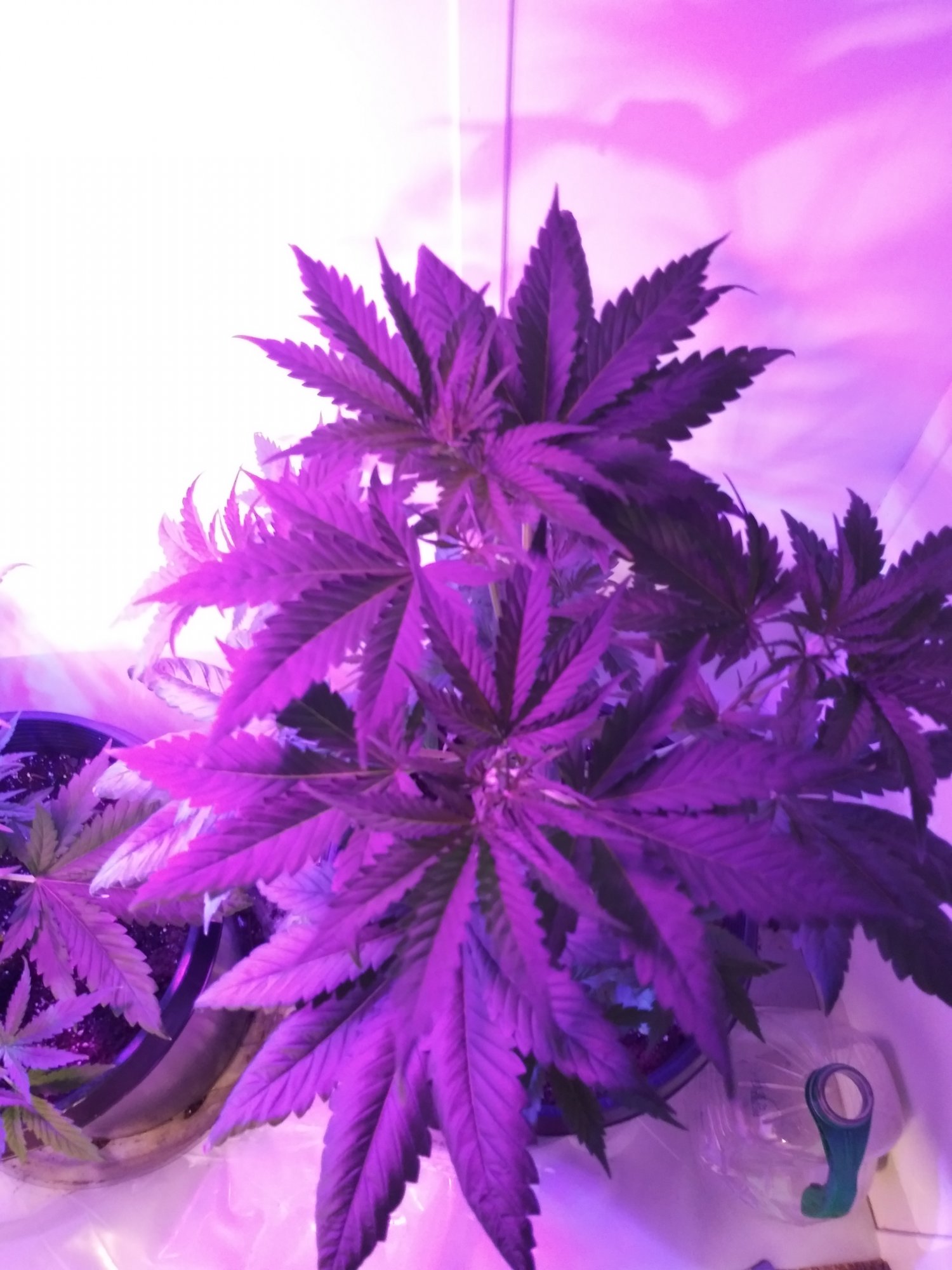 A guy has been ordering some lights... Got a bunch of dope stickers and I have like a f#ck ton of clones planned yeet. Check out these rad stickers too! 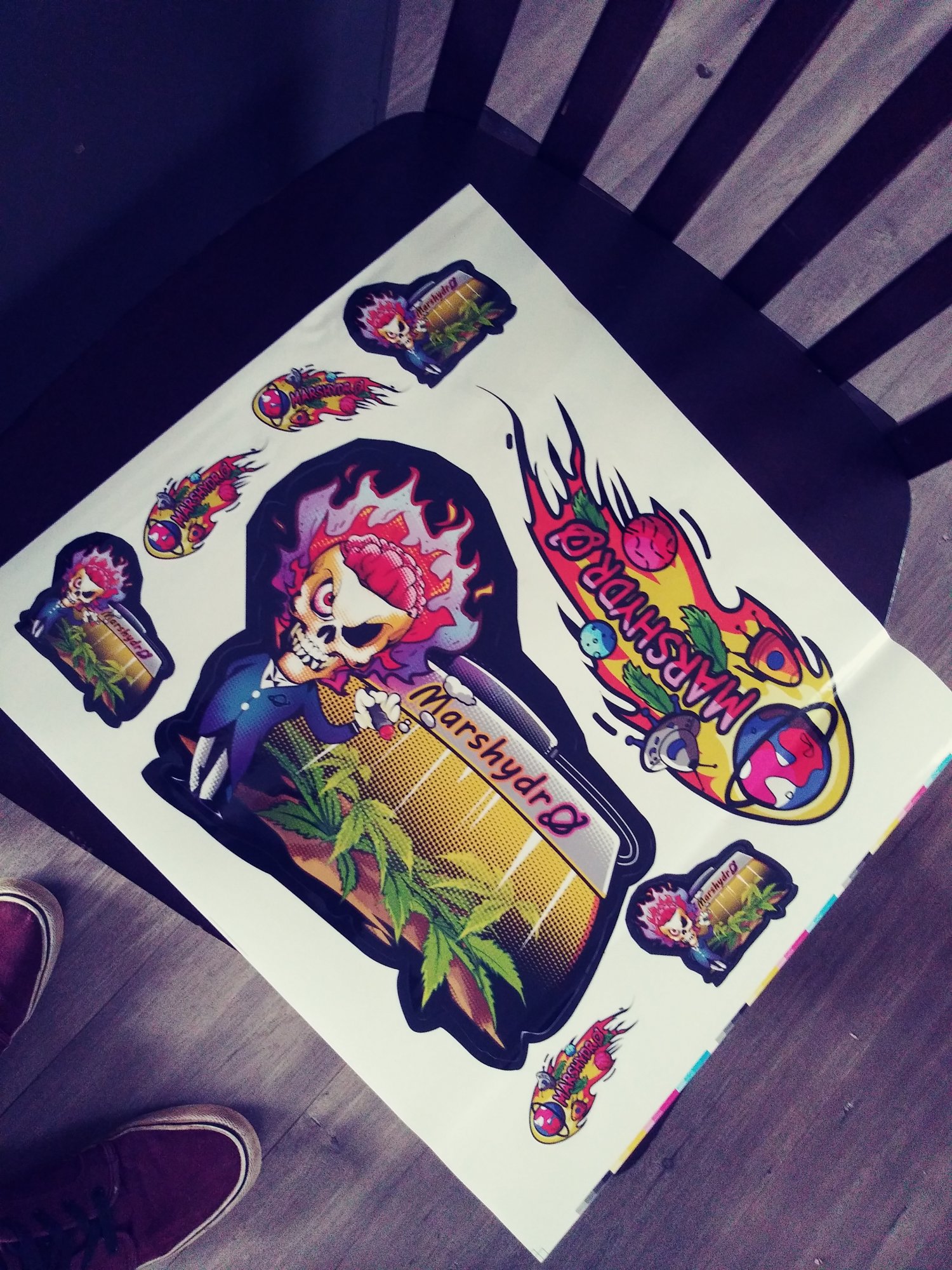 I have a hard time updating this grow ive been bust but we're chugging along.. I flipped the light about 3 1/2 weeks ago and the girls are doing pretty gooood I threw in some dope shots. 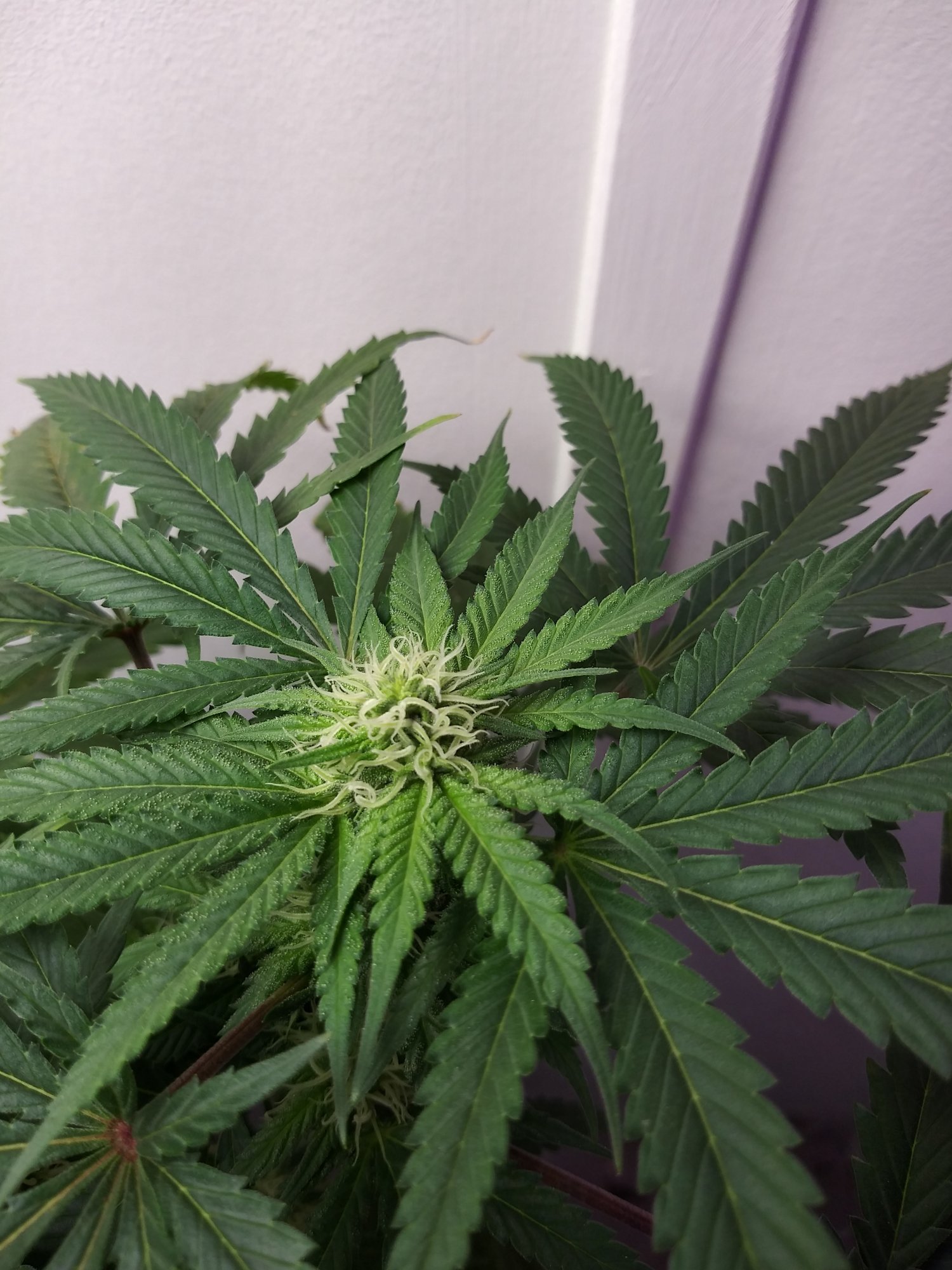 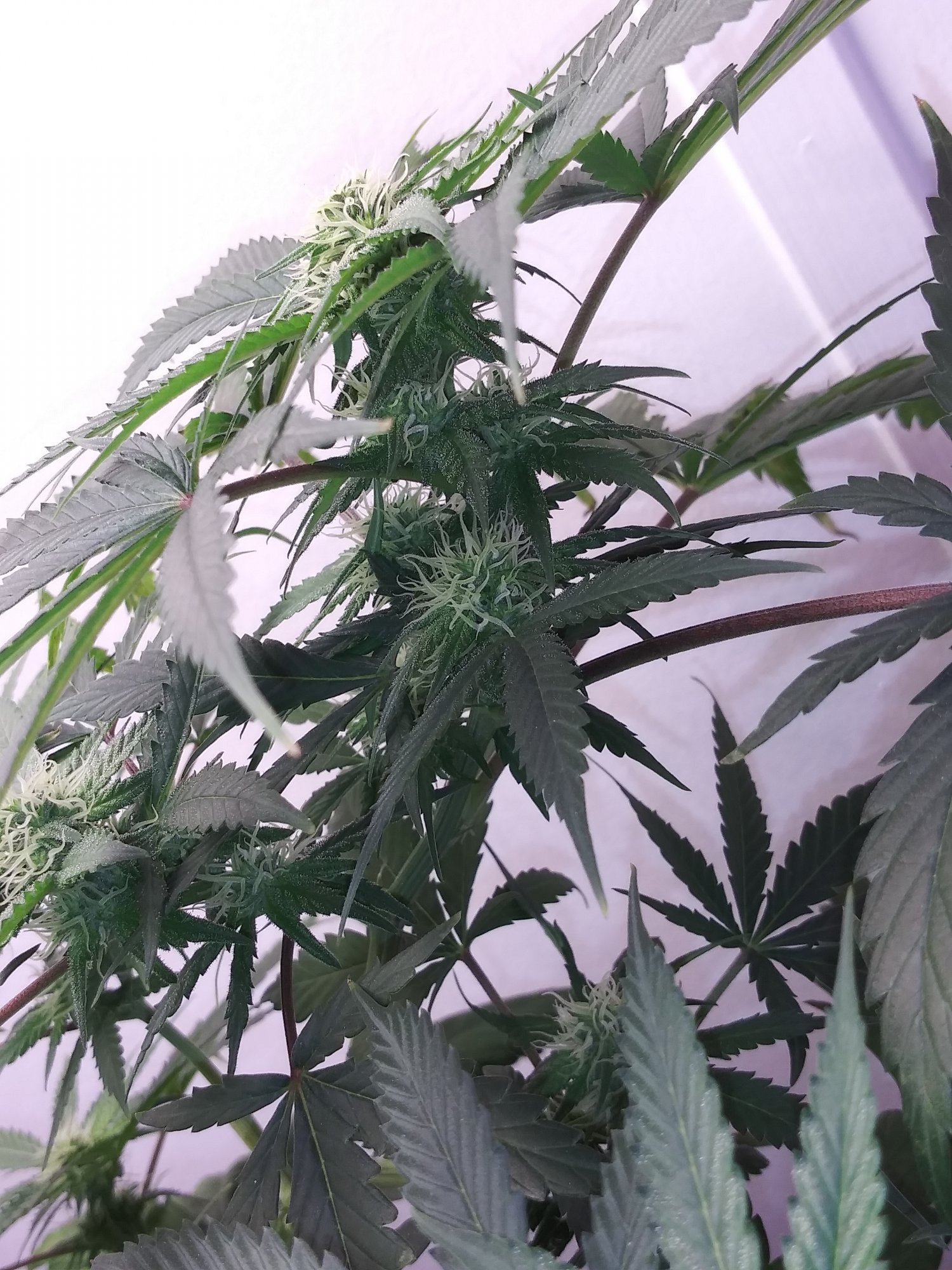 WW Fem. How to keep her small next time