Dj Short Blueberry - Without The Blueberry

Btw, heres a pic of my Sativa leaning Blueberry 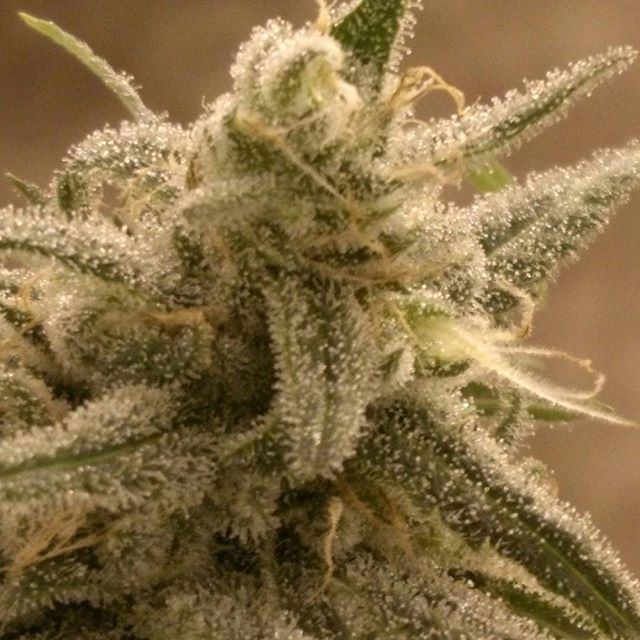 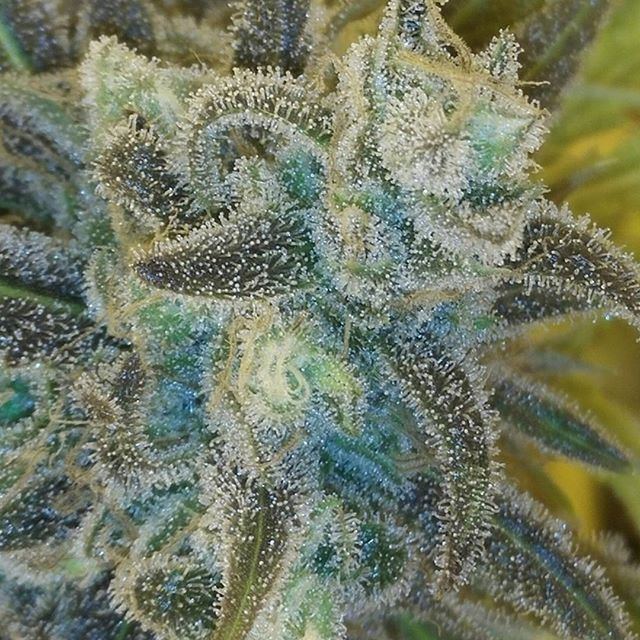 Im not trying to belittle DJ Shorts work at all...Im just stepping in to explain where I am at with the project.

My feelings are that we are all looking for that special Blueberry in our gardens...my efforts have been to take a legend that DJ Short made back pre-99 and try and open up and combine the genetics properly to share the magic this strain has.....and do it without rush and proper testing.

I have invested almost a decade to this project, probably more time in just breeding this line than most growers total grow experience...

heres where im at so far...keep in mind, I started this project back in 2006

I then used a the BerryWhite BX and hit back to the original DJ Short Sativa BlueBerry...

And this is were we are now...

Hope it turns out consistent and fire. Iam not a breeder by any means but are you selecting from bigger numbers? Sounds like a legit work in progress.

@Lemonhoko when I read dudes post and heard the blueberry line . Immediately thought of your clone. It was interesting to see the break down ( you bet I copied and pasted)

Pimples said:
Hope it turns out consistent and fire. Iam not a breeder by any means but are you selecting from bigger numbers? Sounds like a legit work in progress.
Click to expand...

Thank you....Im restricted by numbers because Im a medical grower...but I usually run 3 crops of 30 testers for a F generation to cover the numbers in my search.....thats why it takes me about one full year to run my F gens.


zeNeTixGeNre said:
@Lemonhoko when I read dudes post and heard the blueberry line . Immediately thought of your clone. It was interesting to see the break down ( you bet I copied and pasted)

Basically, there were two alien type plants I bred to and from.
One was Alien Kush...which I popped from F1s
The other is Raskals Fire Alien OG...was released as Fire OG x Alien Kush here at the farm and later name changed from Raskal.

I think the "Fire" Alien Kush that you mention that Kaya used is actually the Alien Kush F2 male we both bred to.
We both lost that male, Im currently running Alien Kush F3s to find another proper male for breeding..

I hope that cleared things up a bit.

Ill stick around for the show. Just ran 2 djs gold (dj shorts blueberry x jew gold) literally got one leaning each way from what early testers show. Canr wait for a cure. Ill have to go back and look for some pics on here
https://www.thcfarmer.com/community/threads/newb-reboot-5-strains-4x4-1000w.84638/
https://www.thcfarmer.com/community/threads/reno-911.87444/#post-1874594

I've just been struck by a love comet and had my mind blown by its beauty. T~T
Aspiring to upstage Johnny Appleseed.

is there anything more beautiful?

DJ.s..Blueberry said:
I still have two pack's from DJ Short Original Blueberry that was F2 generation
Click to expand...

Whereas the new blueberry from Old World Genetics is 13-seeds of just Highland Thai x Afgani?

I was under the impression that this was where the differences originate from.

Whereas the new blueberry from Old World Genetics is 13-seeds of just Highland Thai x Afgani?

I was under the impression that this was where the differences originate from.

I believe you are correct,there is 2 diff blueberry's from dj short,one is called original blueberry and the other is called true blueberry,I'm not sure which is which but only one is available now and vanniluna is no more either because one or both of the parents was lost,crazy since dj said that was his favorite strain.
S

The man was busted or his growers were busted and lost the parents. I blame the law. No more blueberry.

^^^ not sure I’d willingly grow out, cure, and smoke something called dingleberry...hmmmm, yeah...probably not...I might, on the other hand, give some to one of my high school buddies and then die laughing when I told him he just smoked _dingleberry_ weed...yeah, I might do that...kinda juvenile, but there you have it. And now I almost want some of that there dingleberry weed.

incogneato said:
Ill stick around for the show. Just ran 2 djs gold (dj shorts blueberry x jew gold) literally got one leaning each way from what early testers show. Canr wait for a cure. Ill have to go back and look for some pics on here
Click to expand...

Why wasnt that strain in that one episode of south park? Medicinal fried chicken. xD

Dankalicious said:
I met DJ Short last year and picked up 40 seeds of his "Blueberry" F4 generation. Grew them all out, and they all were very uniform. Found only a couple that had a different smell or branching structure. However none of them had the Blueberry Terp profile. Good quality herb, but I wouldn't label it "Blueberry". The phenos I kept leaned more toward the sativa side. One of the males is in a breeding project right now. But I am not wanting to label him "Blueberry" in the lineage chart because I believe it is misleading. I also do not want to claim the flowers of the females are "Blueberry" when they do not have that smell. So what would you call it? The plants are very purple all the way from the stems to the flowers. I'm wondering if I should label the genetics "Purple Thai" for legitimate common sense reasons.... I think calling them "Blueberry" is false advertising.
Click to expand...

If you think blueberry isn't supposed to smell and taste like blueberry then you haven't had the real deal. Real blueberry is what was around in the late 90's. It absolutely did have lip smacking blueberry terped phenos which is why I and many others fell in love with it. What is offered now is something completely different. I've run and sampled enough seeds from it to know what I'm looking for is simply not in there.

Even DJ has seen and heard the feedback and went back to work. New lines in testing and claims of those blueberry flavors everyone and their mom has been looking for. I'm lucky enough to be one of those testers and if it's in there believe me I'll be shouting it from the rooftops.

Until and if that happens... unless you can find an old clone or f2's of the original stock, Lemonhoko's bb line is THE closest thing you're gonna find to the real deal. I've run the bx1, tested the bx2 and even smoked a sample off his mom and I don't think you'll find a better blueberry in seed form currently. The bx1 line was good, the bx2 line I tested was phenomenal but won't be released. I think I read he's testing a bx3 currently. If you want some blueberry with the right flava keep your eyes open for that release. You can thank me later.
You must log in or register to reply here.