I actually cant stay in there for very long. My vision gets blurry and my nose completely stuffs lol =). DANKKKK. I think my favo is the Blue Mekong. Super potent Sativa, slapping anyone who smokes it in the face in a fit of coughs. Everyone thinks it was indoor, but actually greenhouse. Indica lovers and Sativa lovers both prize the strain for its potency, it almost immediately lulls the smoker into a dreamlike state.

I had a feeling it was stankalicious in there.
Hope ya dont wipe yer eyes during trim sessions bro!
That Blue Mekong sounds killer, keep on doing your thang and thanks for the looksee.

hehe, let's have fun and try guess the weight...I will say 1 pound n half?
L

Lol funny thing is, thats only like two out of the 8 greenhouses. Most of the other gh's were filled with Ghani, but I had two to throw in a lot of fun strains.
L

TheCoolestMan said:
hehe, let's have fun and try guess the weight...I will say 1 pound n half?
Click to expand...

theres 5 pounds in that room. All the nugs are dried and uber dense. Not to mention that there are two pounds on the floor lol.

LaoGrow said:
theres 5 pounds in that room. All the nugs are dried and uber dense. Not to mention that there are two pounds on the floor lol.
Click to expand...

Heres some mo pics =D Including the nugs that were too small to hang up, arready dried tho 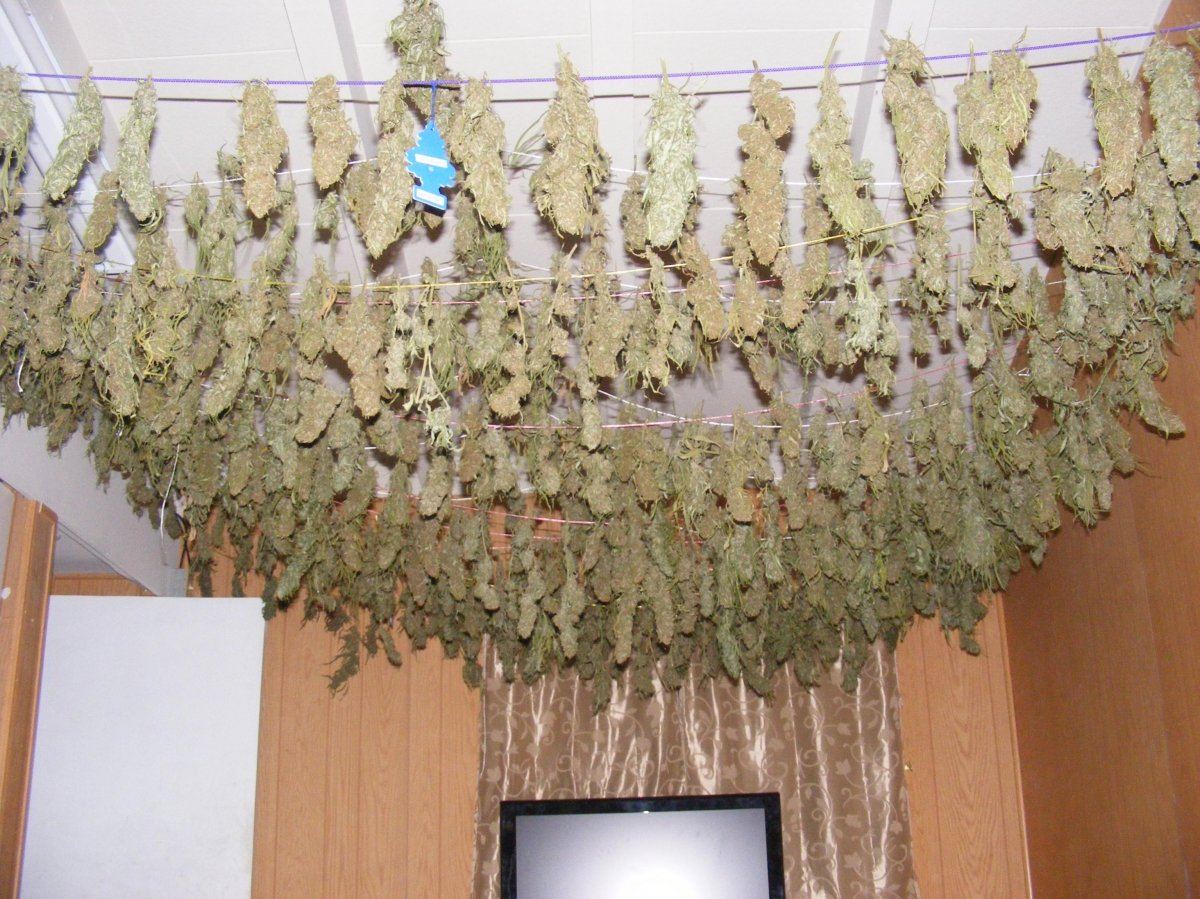 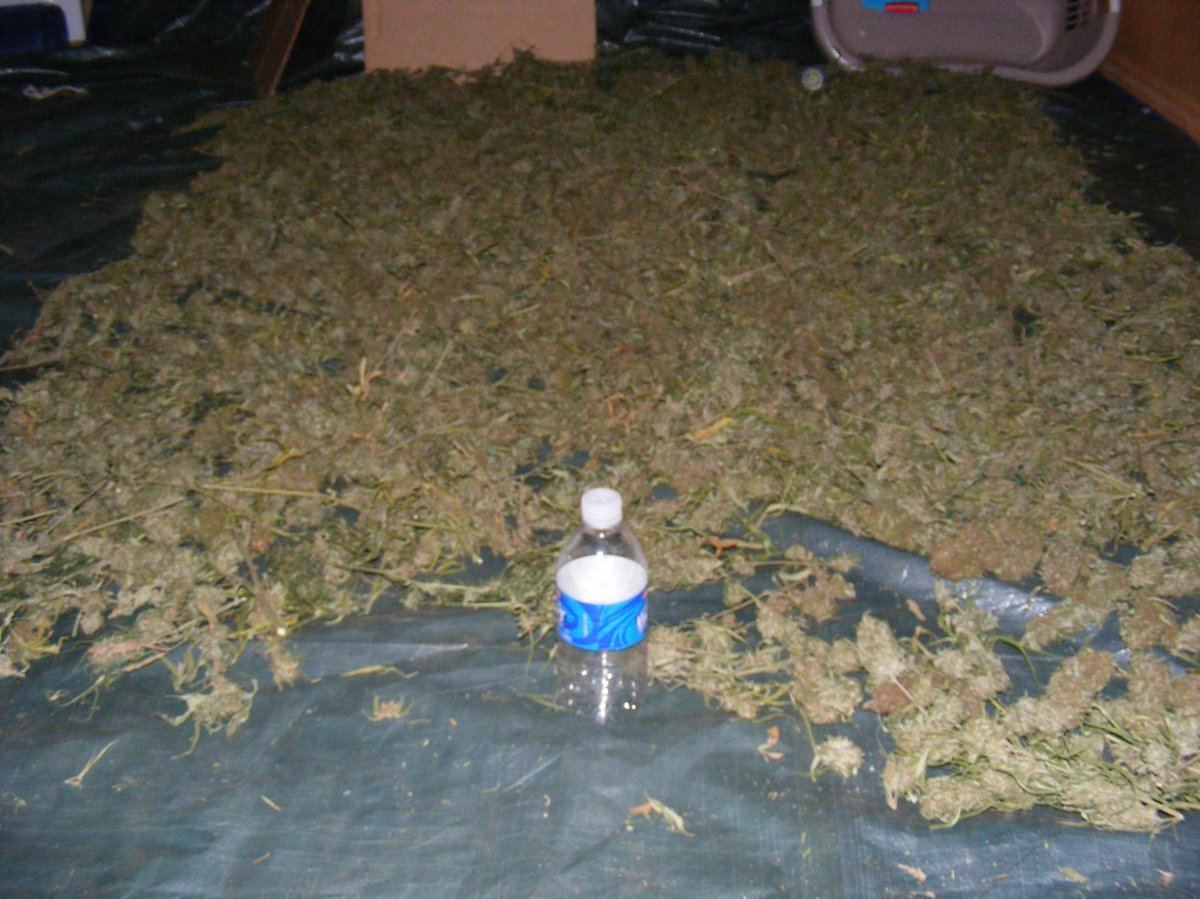 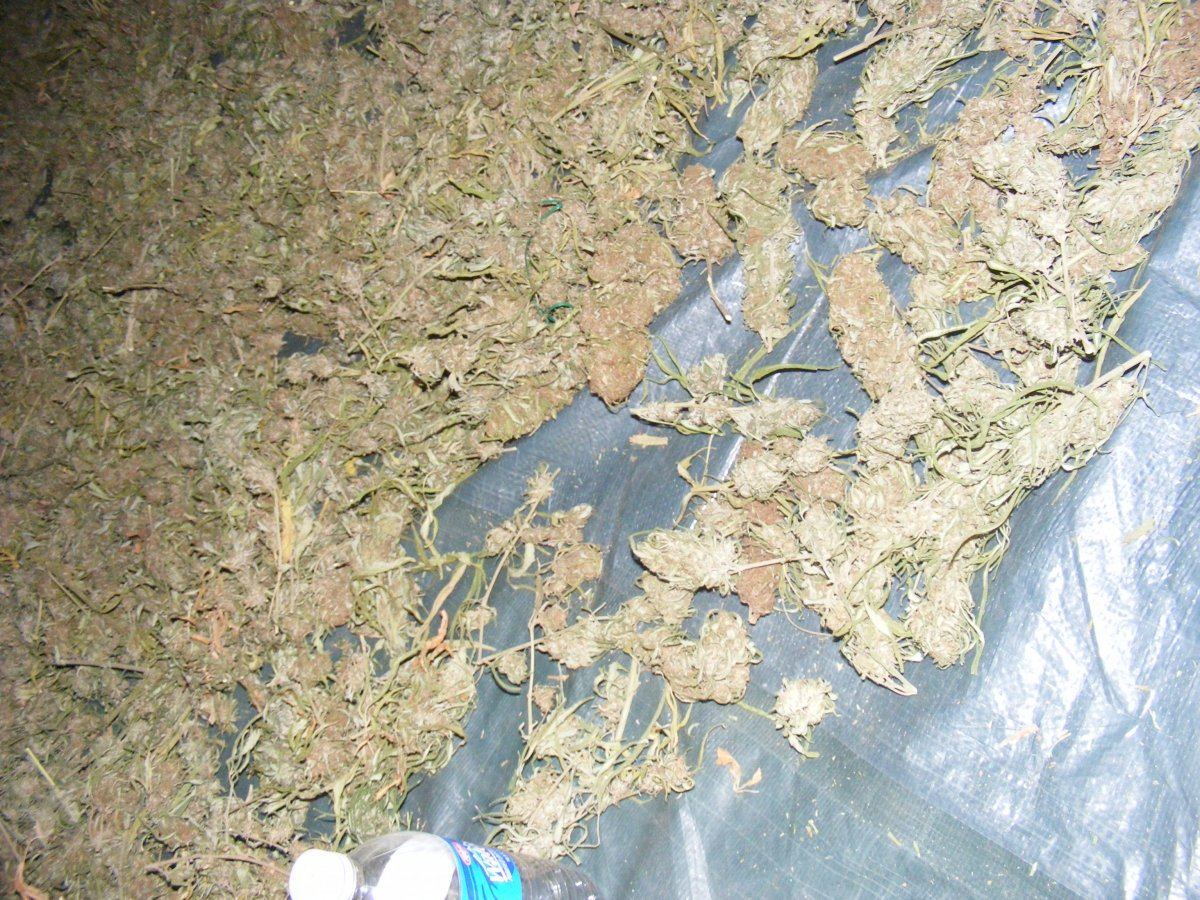 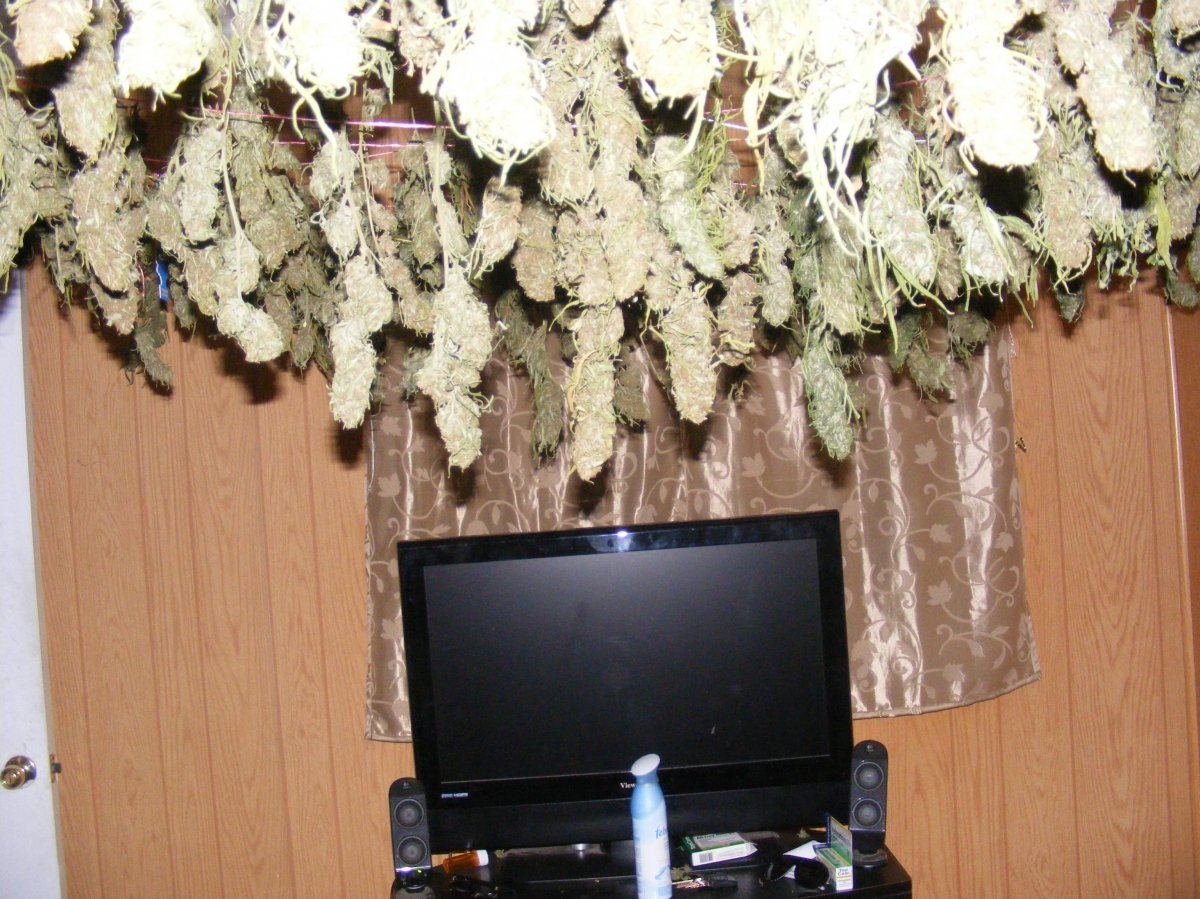 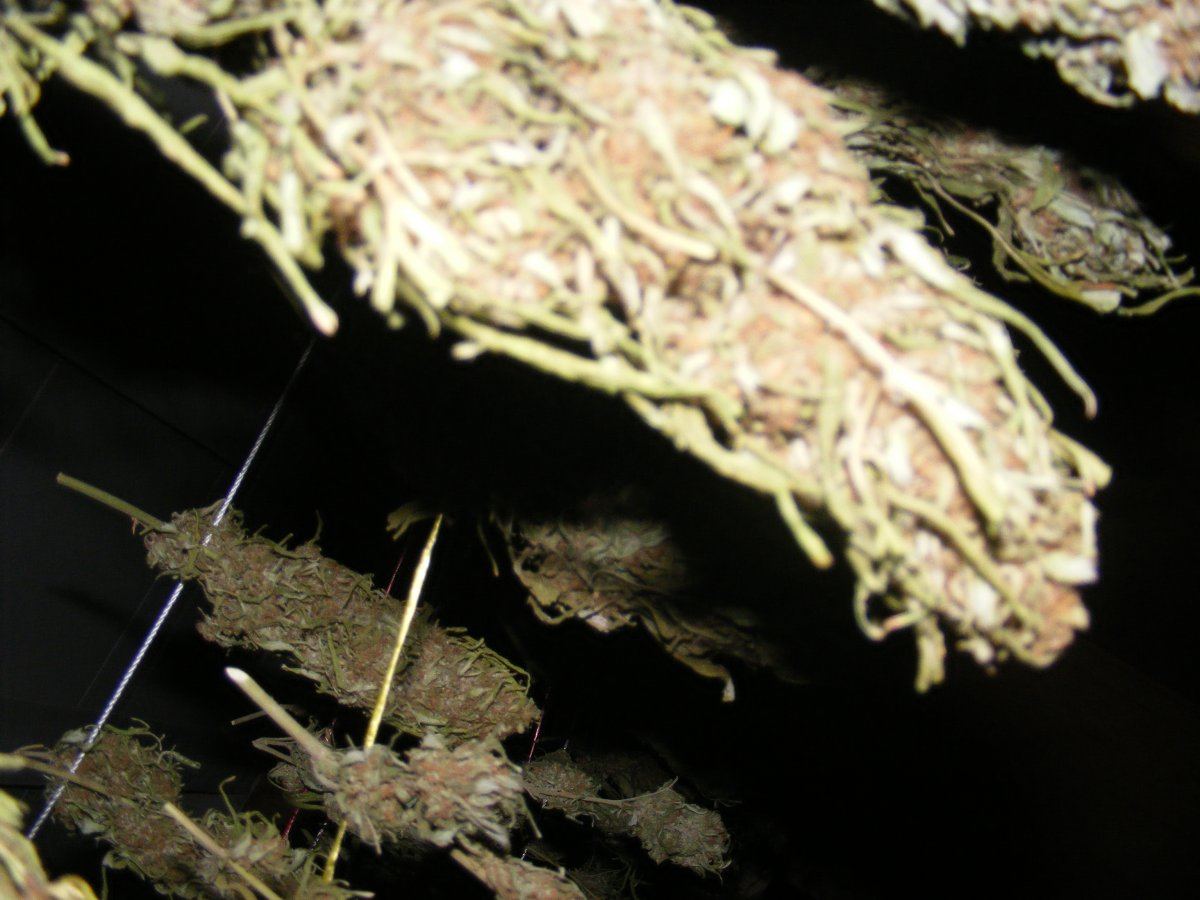 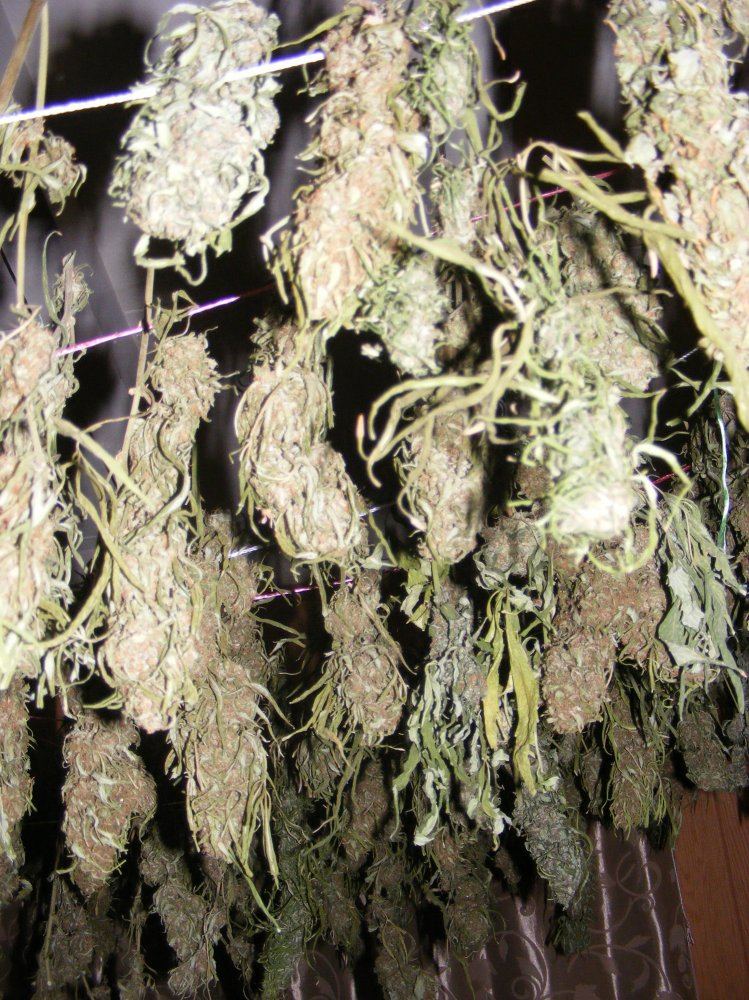 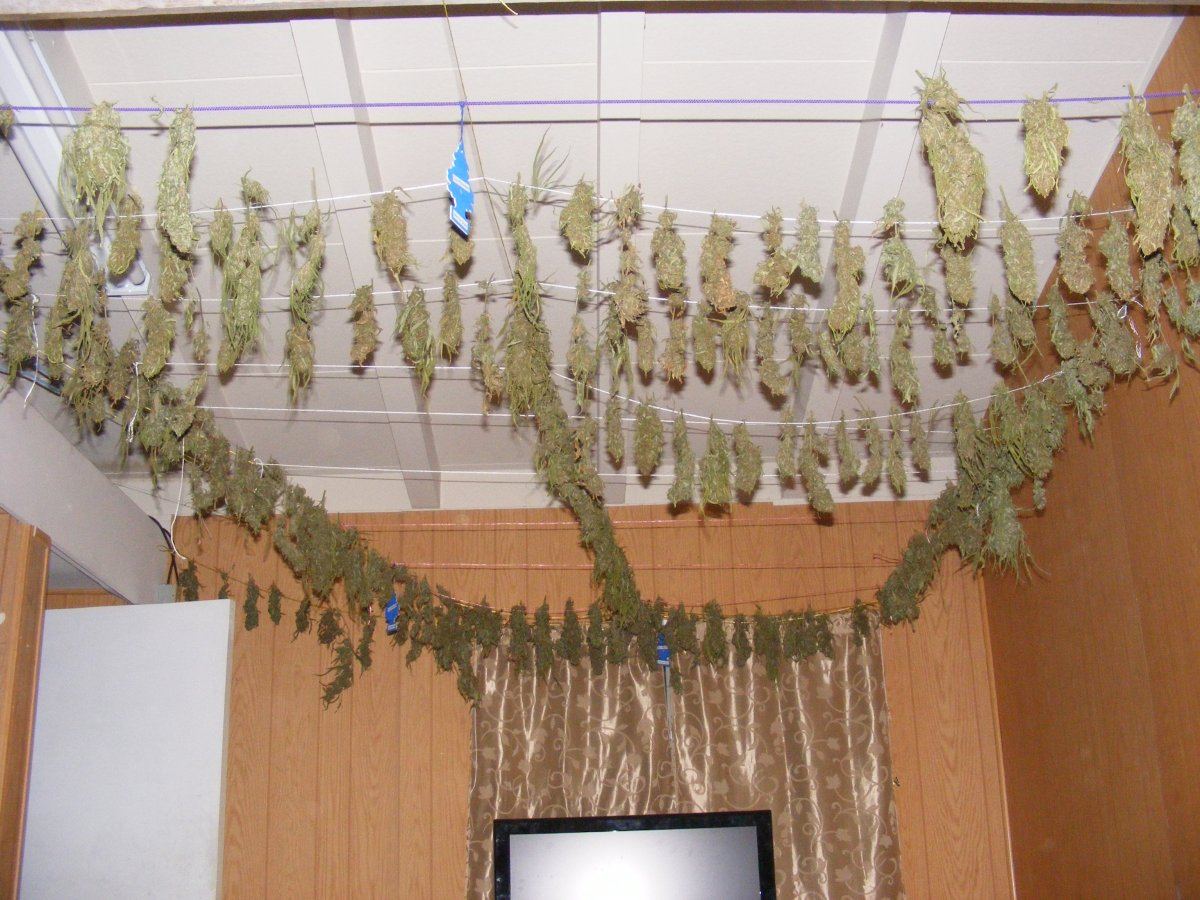 damn bro you really know how to decorate a room!! looks like some dank take a rip for me :animbong:
L

blazedahaze said:
damn bro you really know how to decorate a room!! looks like some dank take a rip for me :animbong:
Click to expand...

Most def mah brother, just twisted the classic one gram jay of some blue mekong, i'll take a hit for all da homies ;)
F

lol i put em up before i hung the nuggies........ they didnt work very well hah. The whole house reeeeeeeeeeked wonderfully =). And since my pops taught me how to grow, he didnt mind the stench
M

This is just a tiny portion of what LaoGrow had drying last season, you should've seen the garage. As for smell, lets just put it this way... unbearable, it was so strong that it burned your nostrils and made your eyes water both in the garage and the room. Trimming was no picnic either, incredibly time consuming, but waiting for the nugs to dry before trimming them meant you can instantly reward yourself for a job well done while you work. As far as the pictures go, I just wish you all could have tried everything. The Blue Mekong is honestly the most potent bud i've ever tried. A few people nick named it the "OG Killer" on account of the fact that it was the only bud going around that I can honestly say was more potent than the samples of Swerve's OG's that I was lucky enough to get to try.
F

I figured they were effect...against that room of dank.


Daahaaam...you got the blues covered. Blue Mekong sound like all the blue I would need...

Take Care Lao.... I'll see ya round the forums.....
You must log in or register to reply here.

T
Selection Time, Any Info On Any Of These Genetics Would Be Helpful!!