Hope everyone on THCFarmer is doing well!

I am a 3rd time grower, first time in a tent to a confined space. I have purchased a SeaHawk (2.9m L x 1.45m W x 2.0m H). I have 15x 600w lights (obviously they wont all fit) but i would like to max out the amount of wattage and understand ill get 3 decent sized plants in? Your thoughts?

Secondly, i was using a Fem-Seed of Bubblegum which i currently had under twin T5 fluorescent lights. She was doing very well until i put her in some potting mix today. The idea is to get her to a size i can clone 3-6 from her (time consuming i didnt actually realise i would be in for the long haul on this one, which will take me to one of my last points which we wont get to yet). As posted with the thread, shes now showing some yellow dots and a bit of leafs pointing downwards (seedlings only 4weeks old) was it too early to put it into potting mix to continue her journey?

I used the same potting mix for my tomatoes and chillis also today (southern hemisphere summer approaches) they seemed to have taken it well!

My tent will be fitted with an exhaust fan(outside), fans (potentially an evaporated cooler for summer. Inside tent) my membrane will be hosted outside the tent.

I haven't yet decided on nutrients (although i am sourcing Advanced Nutes) mainly for their pHing technology it really does limit the need to play around and check pH. Which also takes me back to the seed only being fed water during its current lifespan. What nutes do you recommend, similar in its comparison to AN but more importantly one without too many phing issues.

The grow will more than likely be done in Hydroton (Expanded clay). Its a medium i started off with and found to have some to no problems. Any recommendations on other mediums used and why its your preferred?!

Ive also thought, since its probably going to take another 2.5 months before the clones are actually set in the tent, why not just crack 3 Great White Shark fems. From seed to 1 month in the T5 box then straight into the tent, chuck the bubblegum outside for some outdoor and clone from her after the GWS are finished?

Essentially since seeing the slow growth of the Bubblegum seed (although was beautiful and steady) the discoloration on it now (obviously from the potting mix) has put me off continuing to wait.

So lets get this rolled into one.
How many plants should i be doing in that tent. Should i do my original plan and wait for the Bubblegum to be of size to clone 3 to 6. Or bite the bullet hook up the tent and put 3 Great white shark fems in?

The last photo is of the growdan the seeding was in prior to being moved to the pot. The box is my "seed/cloning" tent with the twin x2 T5 fluro inside on a 24 hour cycle. Why Drink & Drive Home,
When You Can Smoke & Fly Home!

Whoever said the best things in life are free,
Obviously Grew their own Weed!

To Know, Is To Know you Know Nothing.....
That is the meaning of true knowledge!

I am the wisest person alive,
for i know one thing, and that is nothing!

Having never grown outdoors, I can't speak to the differences, but imagine one of the key things is your options for control over the environment. Engineering your setup so the temperature and humidity result in good VPD makes a difference for sure.

Im thinking ill just crack the 3 great white shark fems under the fluro for 2 weeks then into the tent.


I was actually hoping for 6x 600w on 3 girls in that tent. Setup coming in the next couple days, ill keep the thread updated

Heres the photos of my seahawk setup (tent only)

Ive decided to change and start from Fem Great White Shark seeds. Ive put in the seeds today and will put them under heavy lighting in 2 weeks. Ill post some more photos of the complete setup once ive worked out how ill do it. So far im thinking 3 GWS in 90litre pots, heading for about 5 pounds with 6 to 8 600w globes 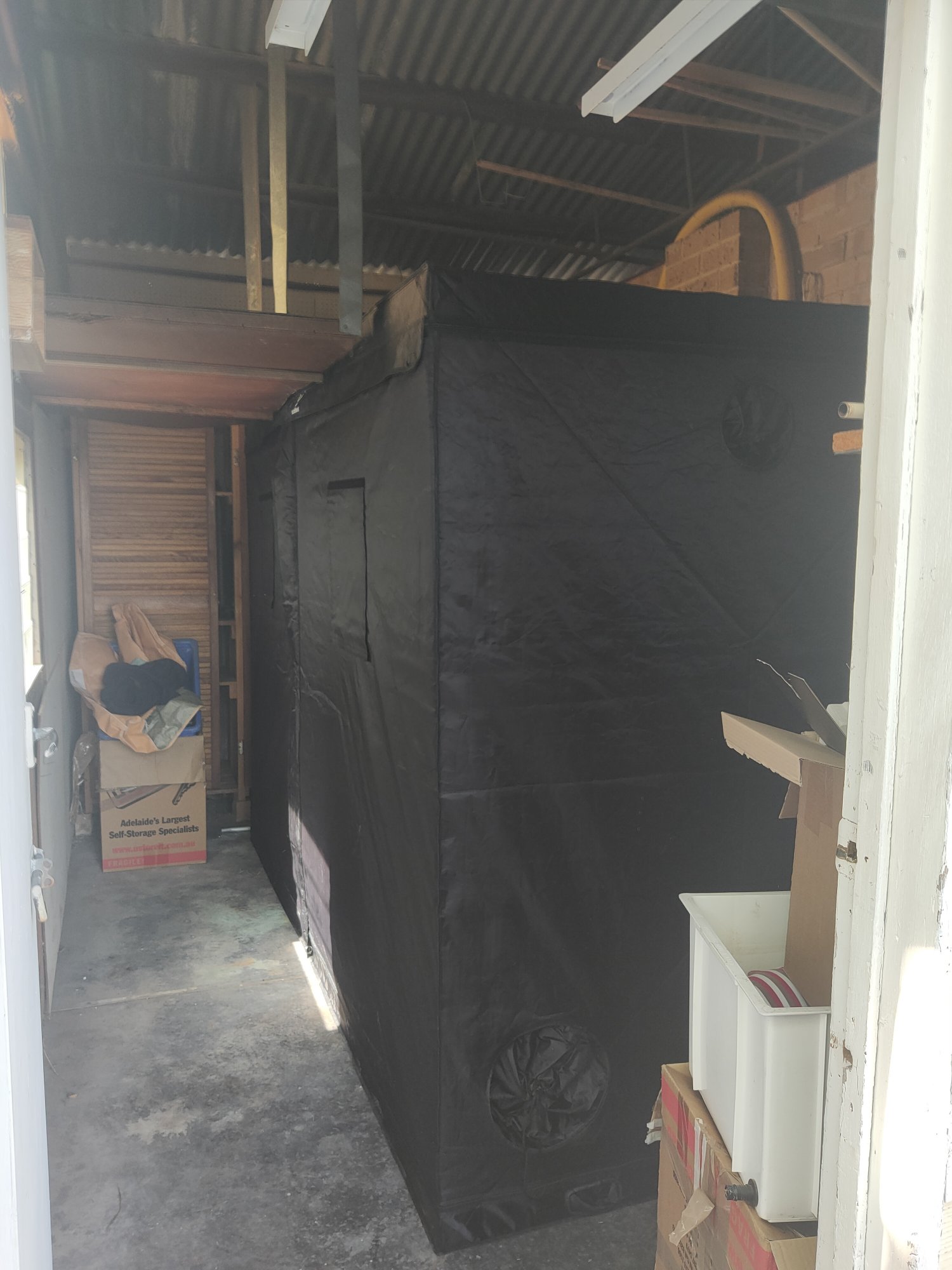 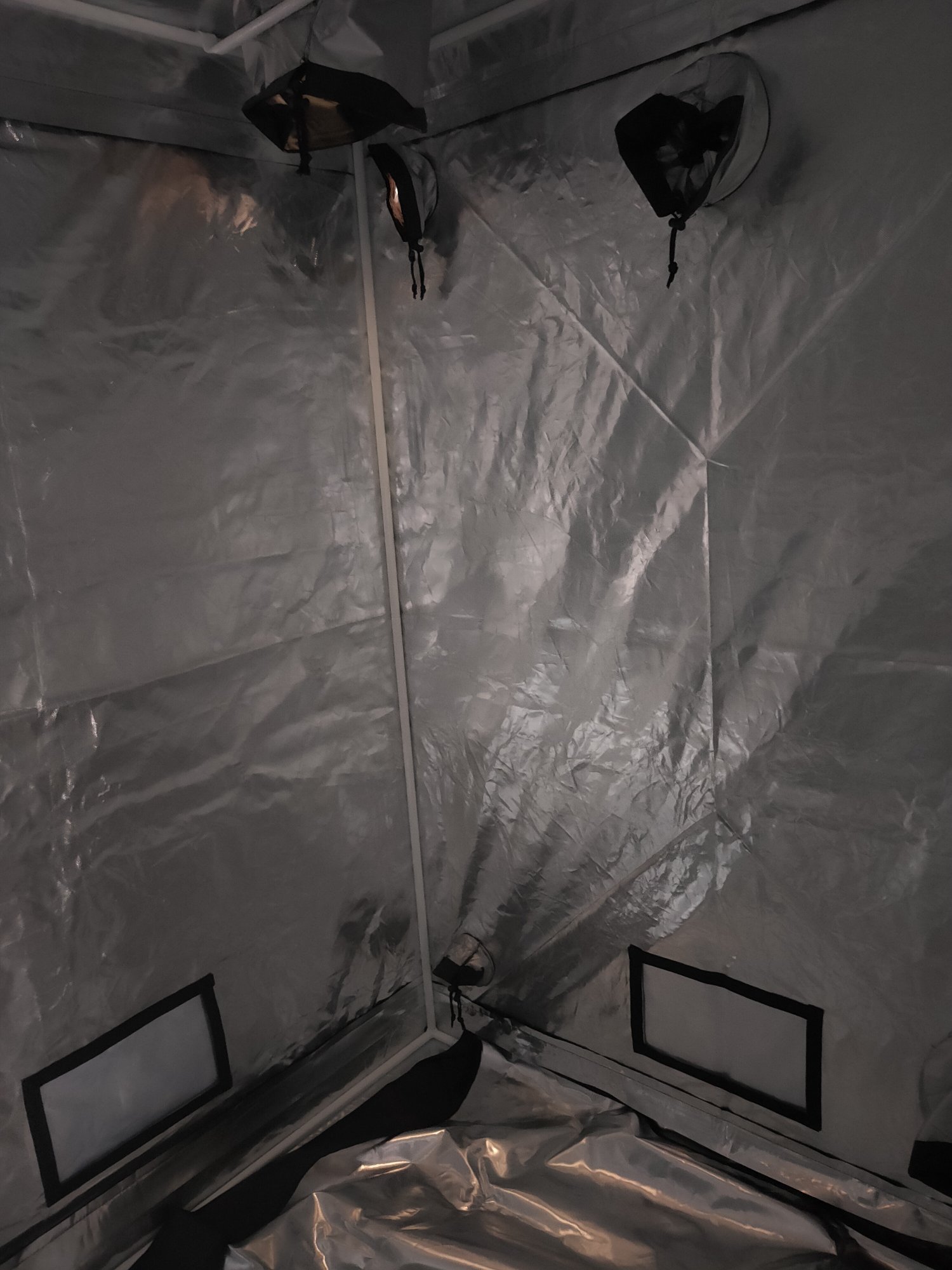 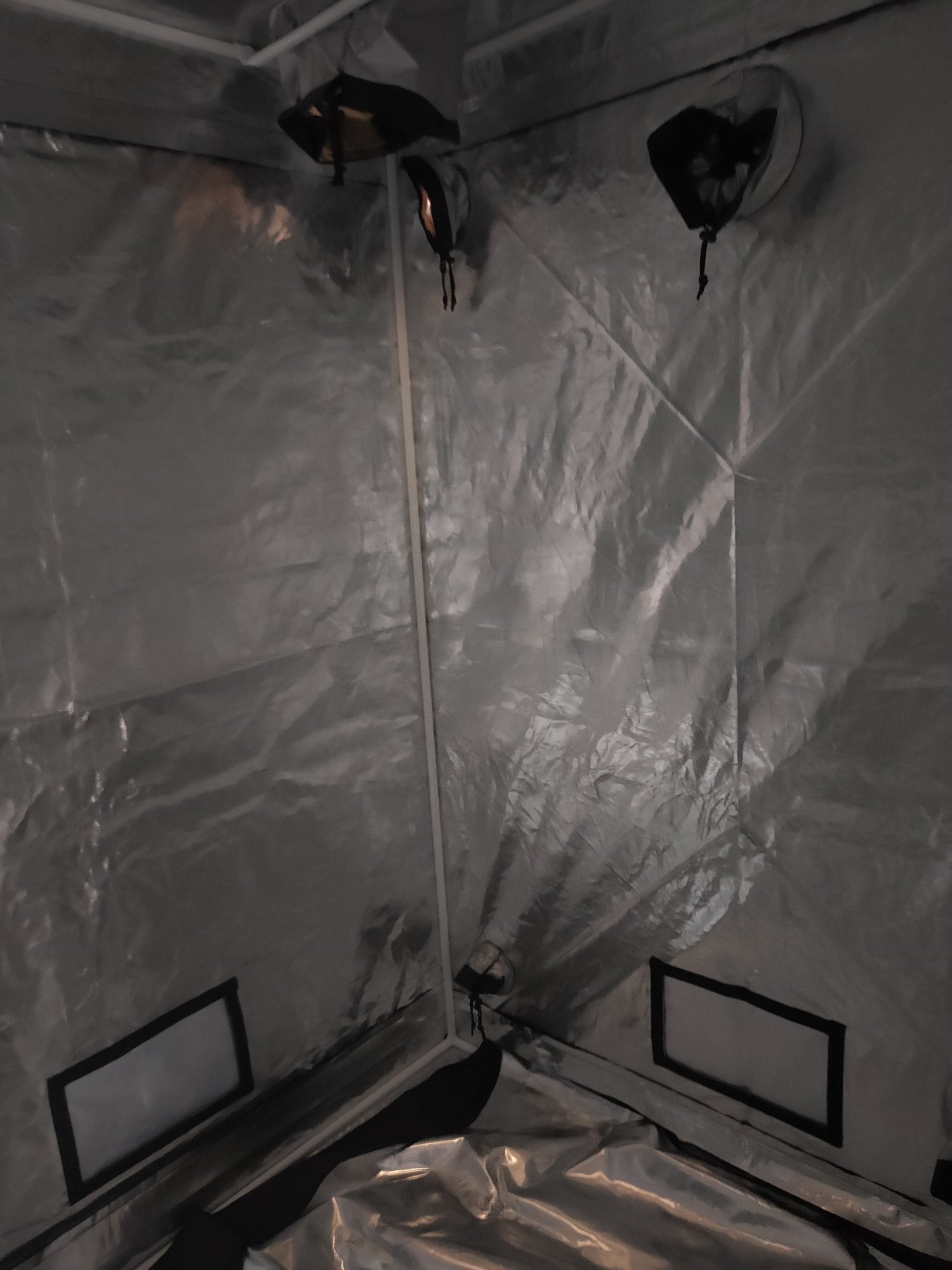