2021 was my first year growing! I threw 30 bagseeds in an enclosed outdoor garden with some raised beds and a pile of soil we had left over from prepping the garden. Out of those 30 seeds, three sprouted. I culled one male and grew one indica and one sativa females. The indica was in a 200 gallon raised bed, and the sativa grew in the pile of soil with my very terrible clay ground underneath it (poor drainage). I did not prune, I just let nature do it's thing and I supplemented with Fox Farms organic nutrients. The sativa is a little better than eight feet tall and still a couple weeks out from harvest, full of dense, sticky cheesy, old sock smelling buds. Notes for next year--plant only in raised beds and give s sativa plant lots of nitrogen when it first starts stretching during it's initial flowering phase. I did not do either and the top stretched out part of the sativa was nitrogen deficient for a spell until I got it corrected. With sooooo much rain this year in Michigan it was hard to get nutrients appropriately, at least to me. It rained for like six days straight and then I had to let it dry out before I gave it nutes. Before I could do that, it was freakin' raining again. Thankfully no mold issues...yet.
The indica has been gangbusters since the get go. Five feet tall, five feet around, and lots of skunky, sticky buds. It's just about ready! I had a branch break off in a deluge of rain, so I trimmed it, dried it and started a cure. It's very piney and somewhat floral but it's not cured well yet. I have been taking immature buds since then, just to see the difference in potency, look, feel, etc of this wonderful plant. It gets me a good high, but it's short-lived--lots of glassy trichomes.
I had some pest issues early summer, but ordered some nematodes for the soil and some predatory mites and I didn't see any more pest issues. Lots of natural green lacewings and real ladybugs, not those Japanese imposters, around my property. Birds eat insects off my weed plants like crazy. I live well in the country and I love it. It was a great learning experience and I've already ordered feminized seeds for next year, the wife and I are moving the garden and increasing it's size (it's going behind the garage, away from creepers' prying eyes). My plants are about 300 feet off the road and they look like evergreens from a distance, but they sure don't smell like evergreens! Next year I will be topping and pruning away bottom stuff and stuff that will be larfy early on. I'm growing one plant inside right now to main line it and see how it does under a not so big grow light--I'm more interested in the pruning and LST involved with this not the outcome of weed--although weed is always good man!
I used this site a ton in my first pot growing endeavor and I use it almost daily to learn something else about weed. I love weed, man and growing it just makes it all that much sweeter. Thanks for listening and I will be posting here for years to come.

Fellow Michigander here Congrats on the no mold or mildew !! Broke my heart to throw away branch after branch of beautiful nugs cuz of PM

Thanks folks! Hey Beazy sorry for your loss... Where I live it's like the steppes of Mongolia-- wide open, no wind blocks, constant wind--those plants just rock in the wind and they're just about always swaying and drying.

Way to go! Send us some pictures.

Yeah pics please. Glad you pulled it off. It was greatvyear to grow in Michigan but seems everyone but you has pm or tinge of mold. Probably the genetics more than anything. They just aren’t suitable for OD anymore. Lots of great flavors but they aren’t breeding like they used to.

Here are pics. The wife would kill me if she knew I posted her pic. She just did three 12 hour night shifts (RN) and she did not want her pic taken... 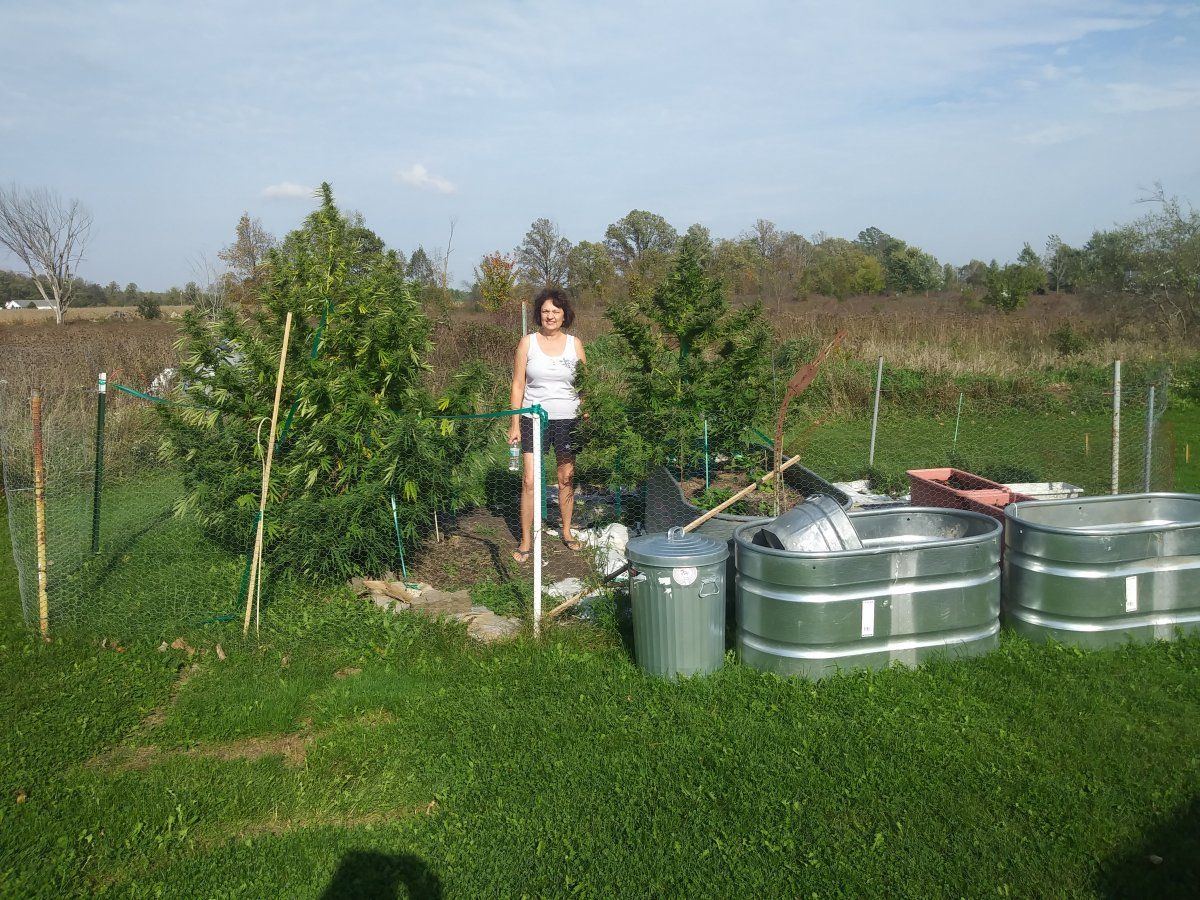 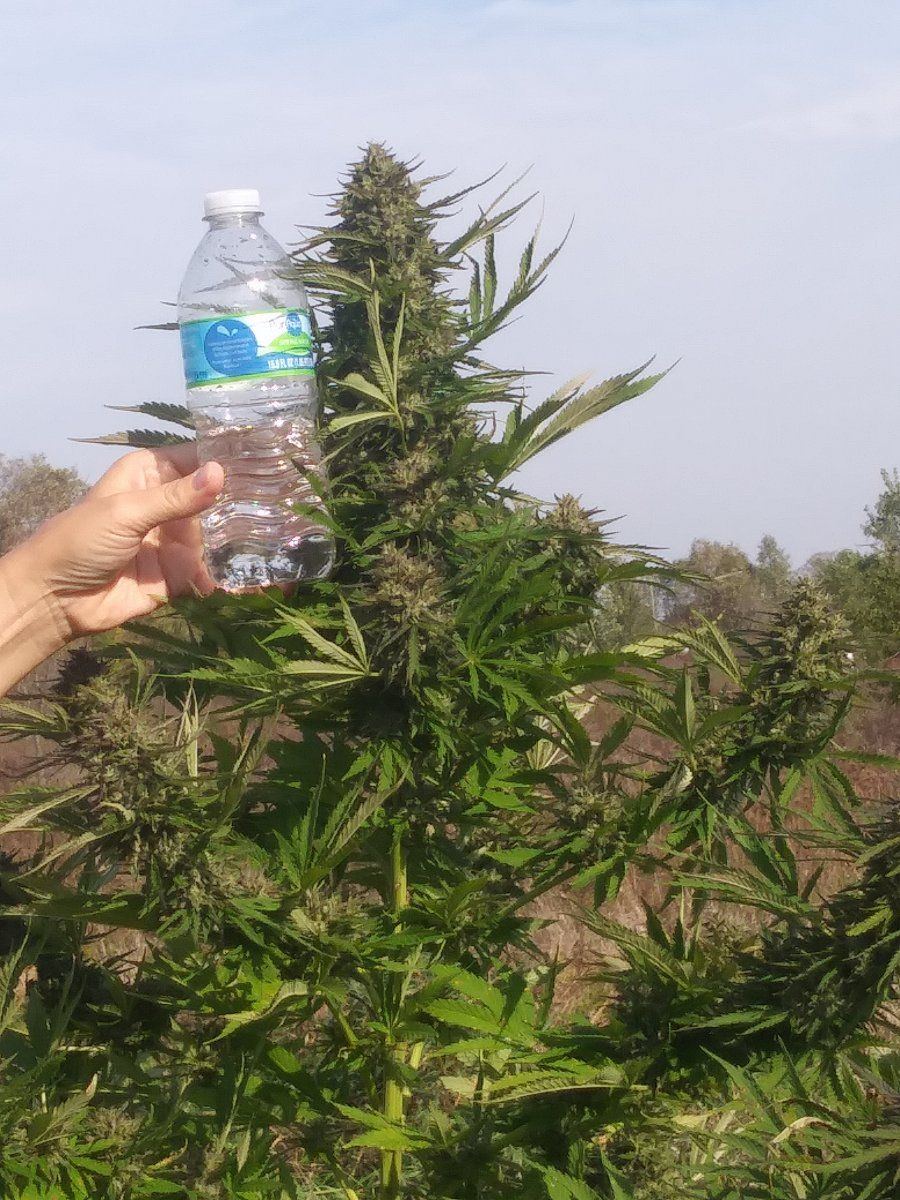 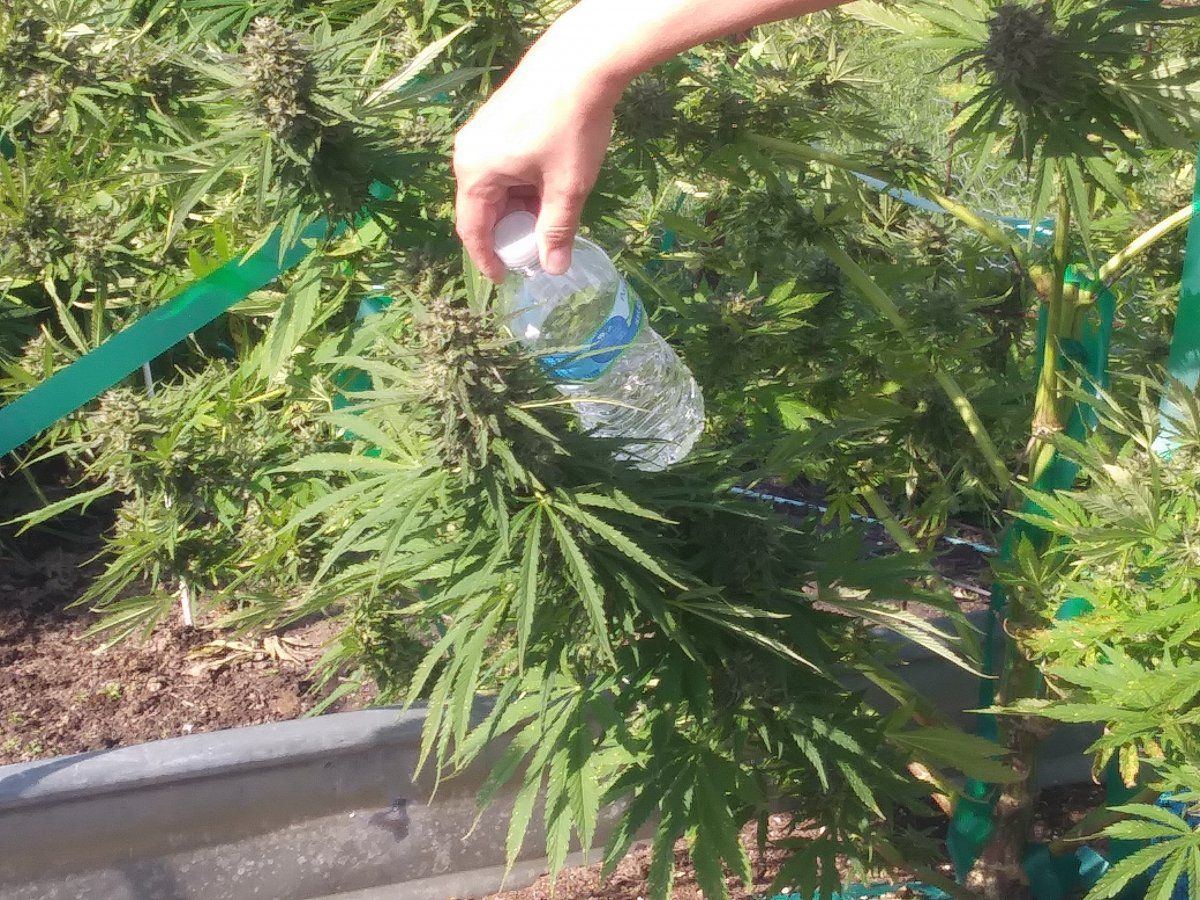 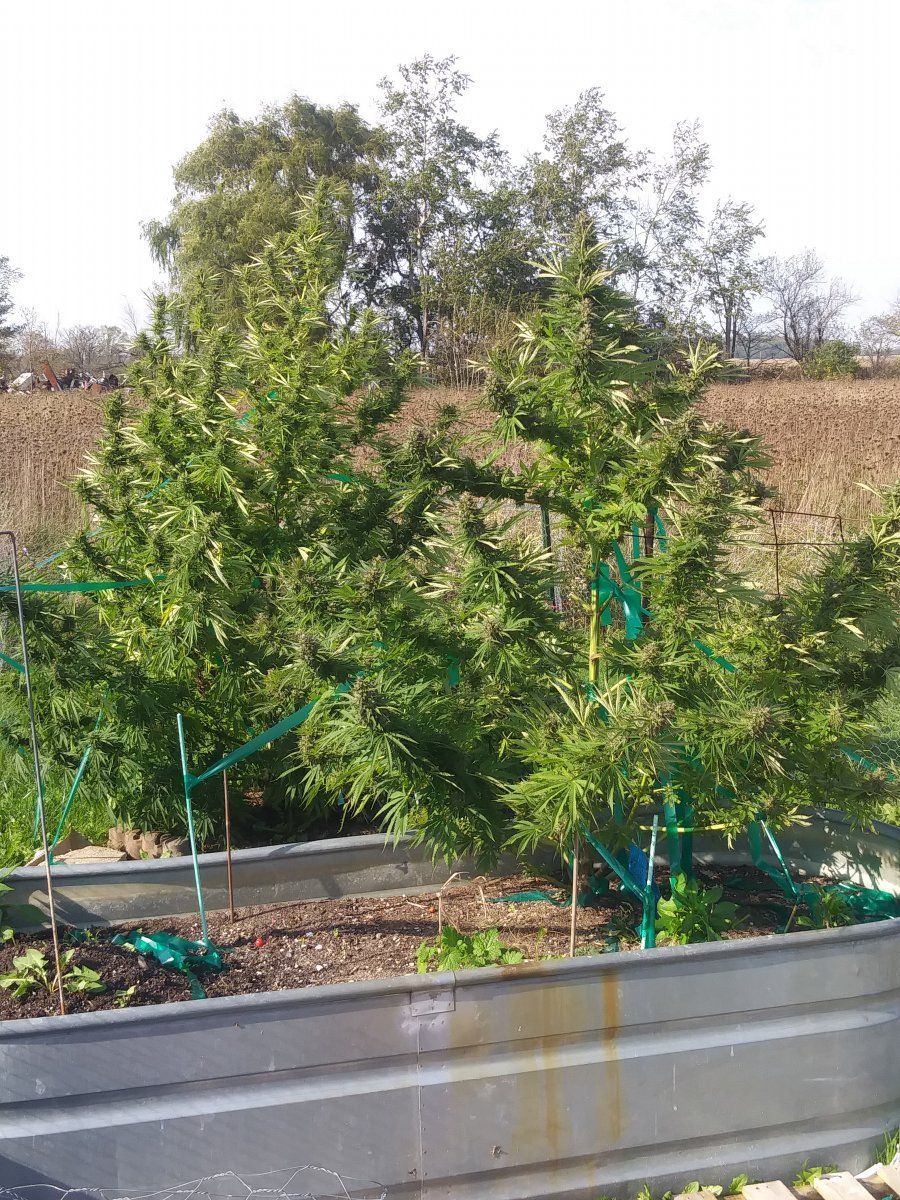 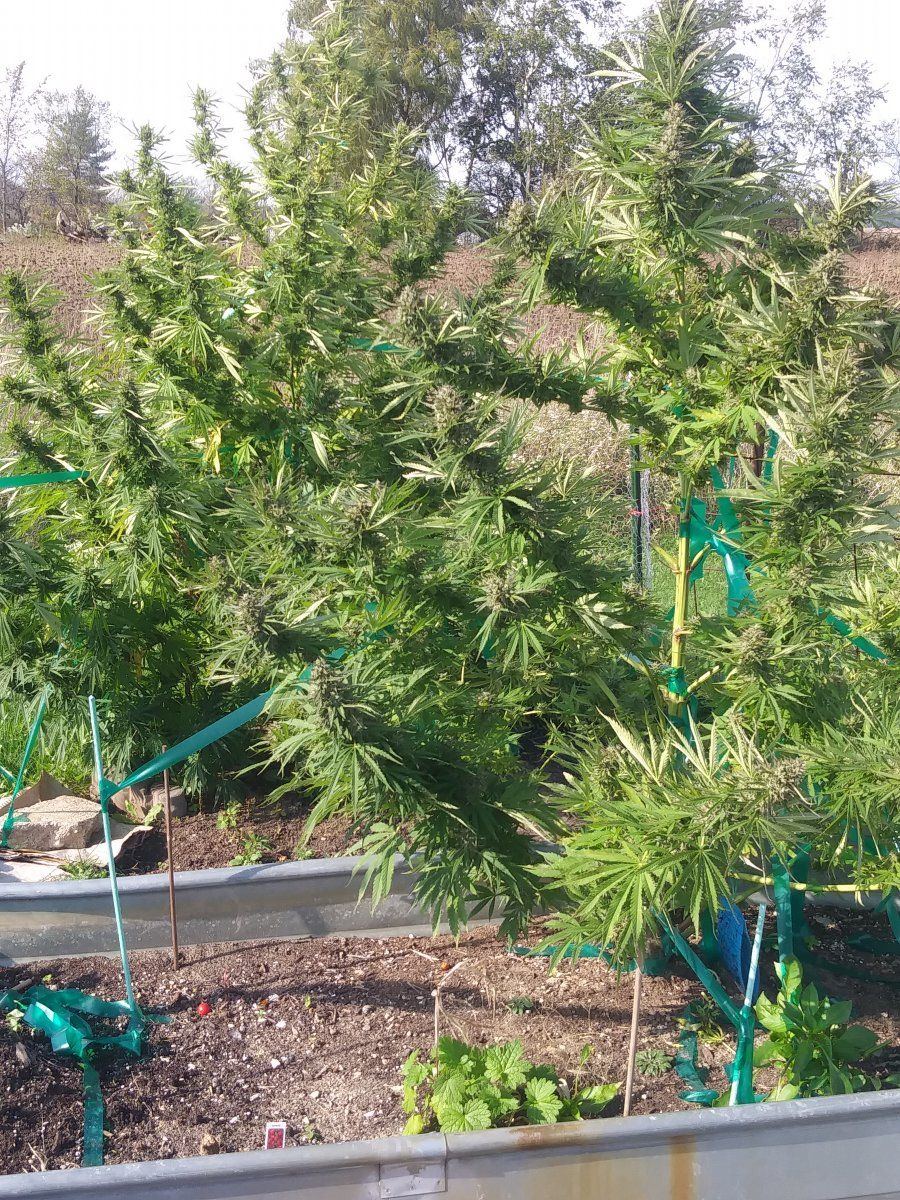