Stp Amazon Vivosun ...in no way am i affiliated...just imo great tent great price and like i said i went w the perpetual version

I think with a 3x3 space, a 4 inch will suffice. The Cloudline 4 was my choice and it's great. Get the one with the controller as it's not much more.

Yes, you can 2 plants in that space. I just did 2 in a 2x4x6 and it worked perfectly. Good call on a higher roof. That's one thing I should have done.

Since I just went through it, Im thinking coco is the way to go (although I'm in soil now). I leaned so much about what they need and experienced first-hand with immediate results and control with coco. It's a lot of work, but worth it.

It's a blast creating your own environment and partnering up with mother nature to help create an awesome plant. Whatever you do, have fun and learn from the legit indoor gardeners on this forum.

Thank you everyone. Here is where I am right now. 4x4x78" Quicktent. AC Cloudline T6 -6" with temp/humidity controls, (cheaped out on the filter (got the ipower 6" AUS charcoal filter), Timber (5) daisies. 6" clip on pole Vivosun oscillating fan for shooting at lights. Will add a fan down low as well. Have no idea what else I will need, but I am looking at catch basin and something to elevate my 5 gallon smart pots I will be using. The list grows.....I really want to set up the exhaust outside my tent, everything for that matter. Has anyone used the filter at the end of the duct versus installing it and the fan inside the tent? Wondering if I can set up the exhaust fan with some sort of noise shield without overheating the unit up?
P

I do and the sound is noticable...instead of quicktent ...go w a seprator tent like vivosun for perpetual harvestttttttts

Polcatz89 said:
I do and the sound is noticable...instead of quicktent ...go w a seprator tent like vivosun for perpetual harvestttttttts
Click to expand...

I already have everything I said I was ordering. Tent was researched like everything and I ended up bailing on the 2 in 1. I am not sure I am going to run back to back to back forever...I also like the idea of seed growing so I am taking the slow route for now. Quicktent was 600D fabric while my second choice was going to be Yield Labs based on a test I saw side by side to a Gorilla. Still, Quicktent had several good reviews and the thickness of the material sold me as it was double or more of the same ones in this price range. The CFM I calculated was not only based on tent versus fan, but filter resistance, ductwork, bends, and length, plus I may add a muffler to all that, so that could be a 1-2% loss as well. Then I added 25% over for ability to run fan at low speeds, and ended up with the 6" Cloudline T6 with digital controls. I am looking at ways I can just hang the fan from the ceiling via eye bolts and some sound absorbing hanger set up? Also looking for rigid rubber or other sleeves that I can use to connect from the fan to the duct to reduce noise via vibration, not sure what you call those or if they exist, I have not heard the fan run yet, but if it's too loud, I am thinking of ways to box it but still have it breath, sort of a muffler around the unit, thinking about the box it shipped in or maybe I can just wrap it with insulation even, again I don't want to overheat it, so not sure if that is a good idea. I could put it on the floor which is wood with a sub floor, set on the two thick foam end caps it came in, and then makeshift a four sided box to shield noise and direct it away from the common wall of the neighbor.

Tent is up, it's bigger than I remember 4 feet being...haha. The room makes it look huge. Room is a smaller than average bedroom with 8' lids. I went to Mighty Hydro looking for Bio Canna. I like the post I read on here with the 8 nutrients test Jumpincactus re-posted. I did not catch the author's name but I have never read better controlled, side by side test with this kind of detailed information and reviews with categories. Epic!

I decided I was going to do his Pro Mix HP, Bio Canna.....until I realized you can't get it here in CA anywhere. Mighty said they would check on it but it would be Special Order if they could. SD Hydro likes Roots Organics Original Soil mix, and their entire organic line of nutes. I was close to pulling the trigger on those, but really wanted to investigate Bio Canna before I did that. Earth Juice is the other one I know I can get and it's better reviewed by this same guy but seems really involved like air bubbling teas....I don't want to have to do that for the first grow. I have access to worm tea, I was planning on getting a bottle of that from my pal. Anyone have any reason to swear to me another system is better than those mentioned?

How about soil? Plan was to do organic soil, but the Roots Organics is not really much soil, lots of coco, and Mighty suggested roots 707 I believe? That's all they carry. I would like to focus less on nutrients and be able to take care of the training of plants, keeping the tent clean, and growing good herb, but I get nutes play a big part. I am not all about mixing anything myself just yet. I will get ph up and down if I have to, and I will use R/O water, Cal/mag, and Hydgrozyme.

Nobody has Pro-mix soil that I have found here in SD, anyone have any knowledge on this?

How about seeds, I have placed an order with Pacific Seed Bank. I chose cash method and will be mailing them a money order. Is there a grass roots effort going on here locally where seeds are sold or swapped? I just don't know about clones, I don't want to bring anyone else's fungus back to my house, so to have the most control over what comes in, I would rather start with seed and clone from there if I like what I have.

stp said:
wasn't sure about the heat generation and did not want to be one of those guys watching his house burn on the news while I am at work...I am not out East anymore....moved closer to beach, its 70 degrees here right now 55% RH....I am also somewhat concerned with overall smell, that was another reason I was considering inline fan/charcoal. But I get the keeping it simple and I really wanted to just do that. Thanks for the info!
Click to expand...

You're going to need a carbon filter to scrub the smell, I've heard Phresh is the best, will also need to change the air in your tent or you going to have humidity issues so you'll need an inline to draw the smell through the filter and circulate the air out of the tent

Beachwalker said:
You're going to need a carbon filter to scrub the smell, I've heard Phresh is the best, will also need to change the air in your tent or you going to have humidity issues so you'll need an inline to draw the smell through the filter and circulate the air out of the tent
Click to expand...

I already have all that stuff....I am down to nutes, seeds, and soil needs!

stp said:
I already have all that stuff....I am down to nutes, seeds, and soil needs!
Click to expand... 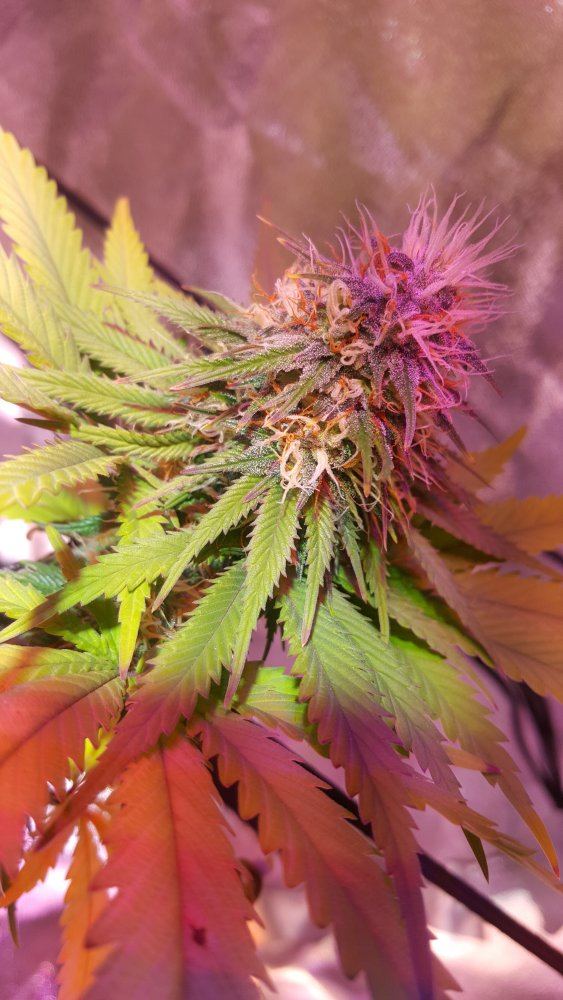