Definitely a good looking grow! You're doing awesome. And the suggestion of a jeweler's loop is solid. The only thing I semi freaked out about was you culling the pollen pods off that plant. I know I know no one wants seeds. But dude those would have been guaranteed fem. I would have let them rip and probably turned my fan up a notch to make sure that pollen went everywhere lol! You probably could have walked away with a couple hundred seeds. Would have made a mess out of your crop, but guaranteed fems? I PRAY for hermies lol!!!

Thanks for the comments. I actually do have the jeweler’s loupe but the 60x is pretty difficult to snap pics with. I did grab a couple which I’ll post now. The pics I posted earlier I took using the 2x setting on my phone through a 20x microscope lense.

As for the hermies, this was my first grow, so I was just trying to grow the best buds I could. These plants came from some fem seeds I purchased and I still have a ton left also. But I had definitely considered doing this. I think if I had more than the two plants, I maybe would have moved two to another grow tent and let them cross pollinate. 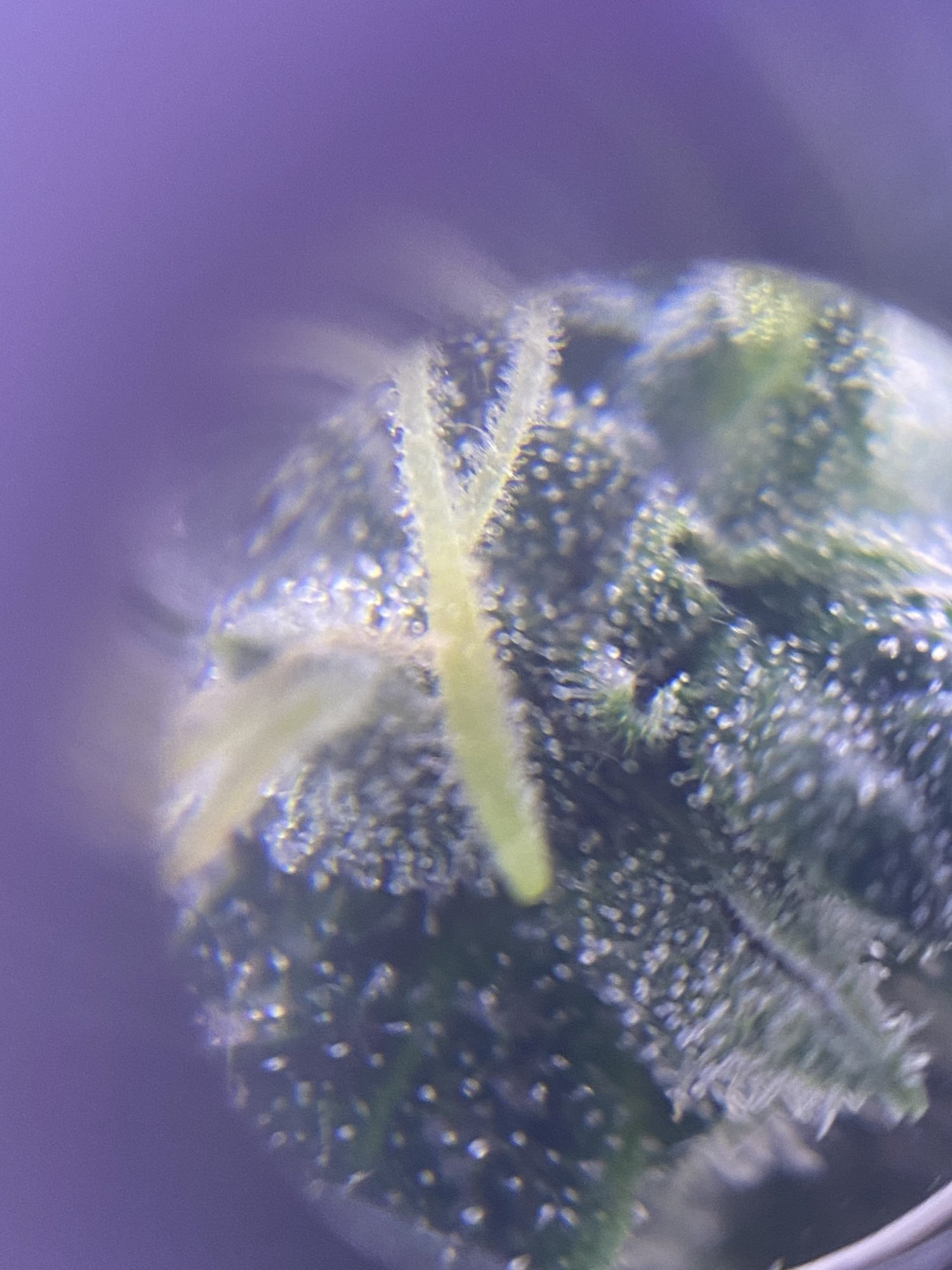 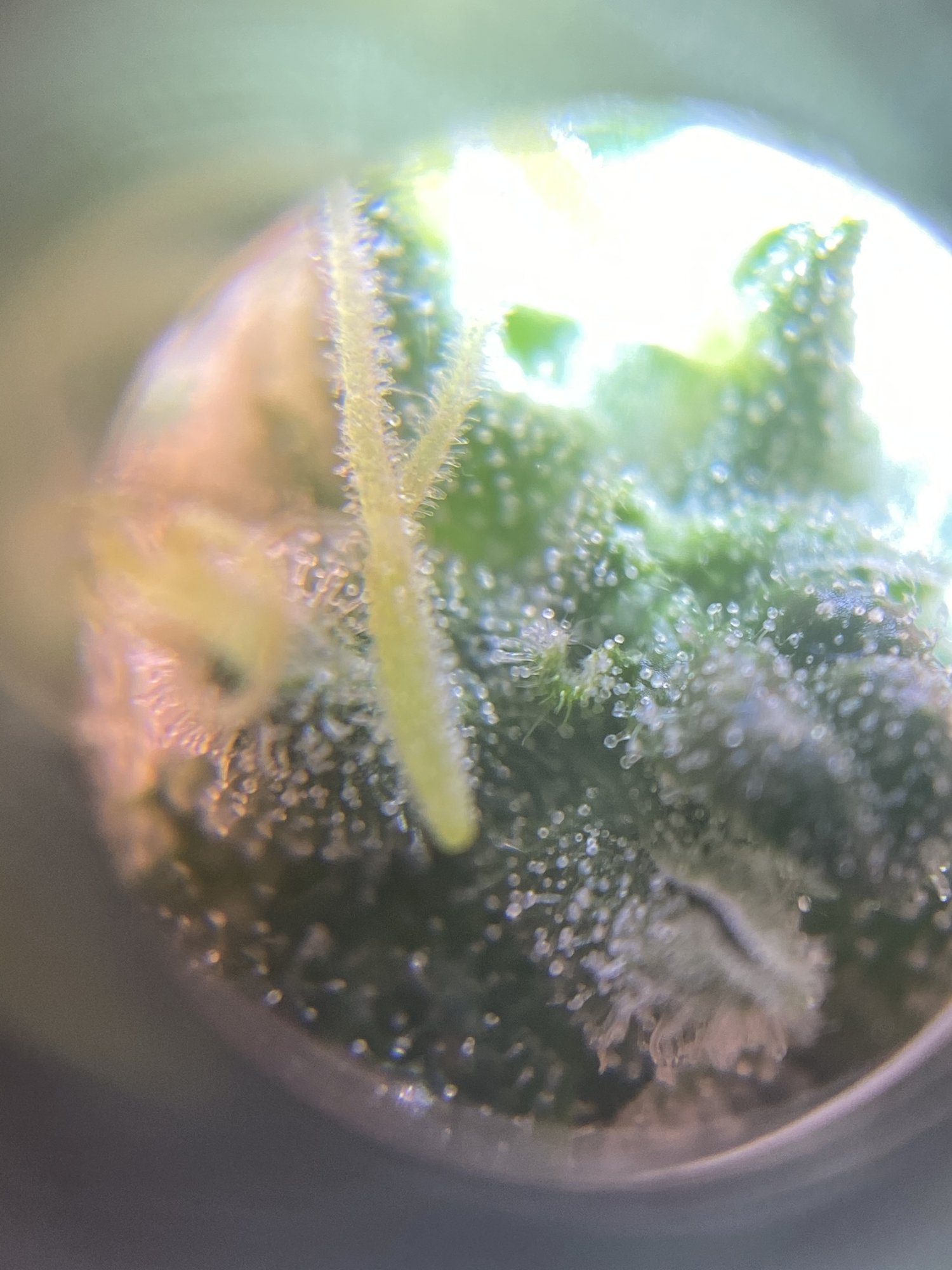 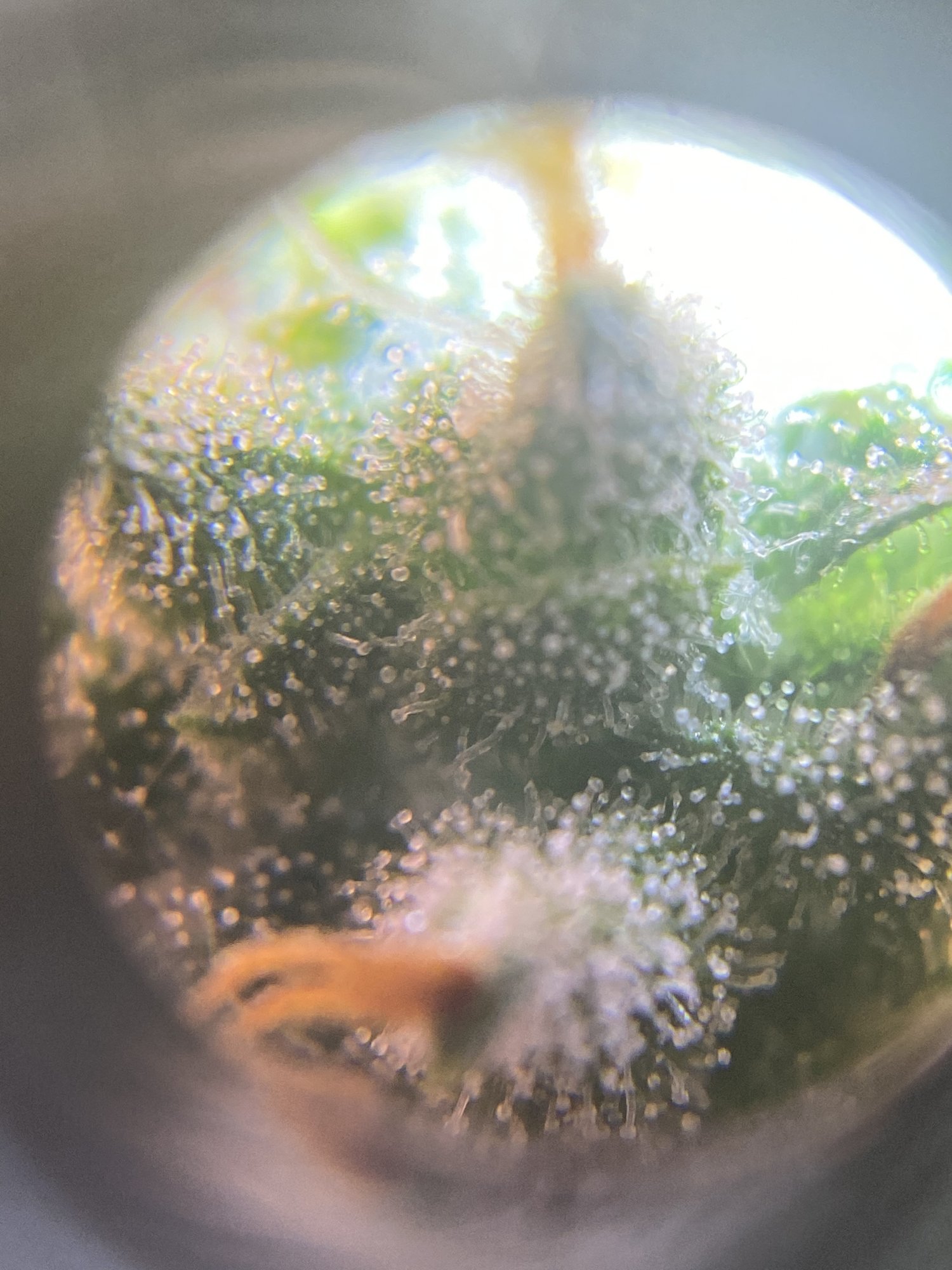 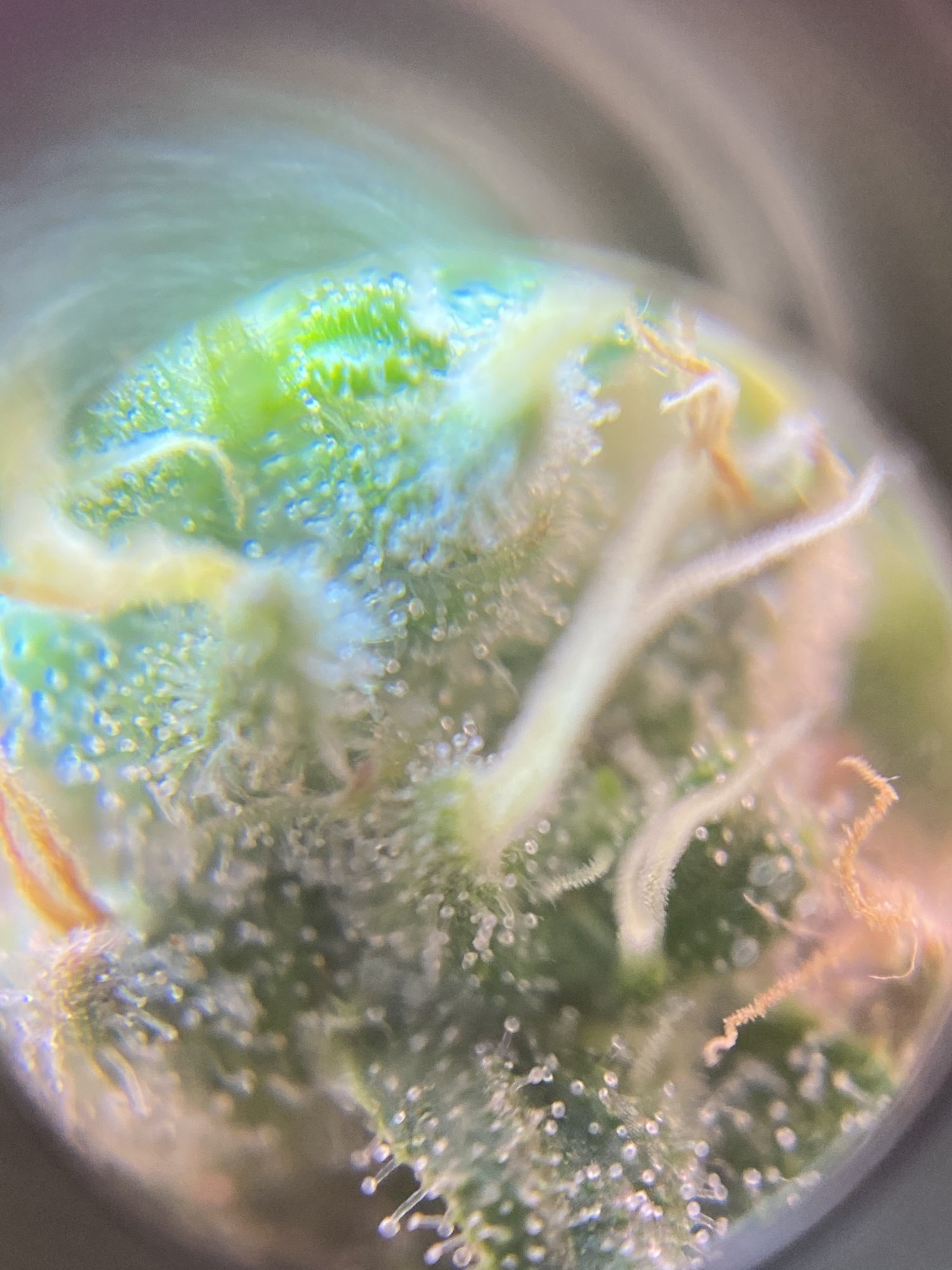 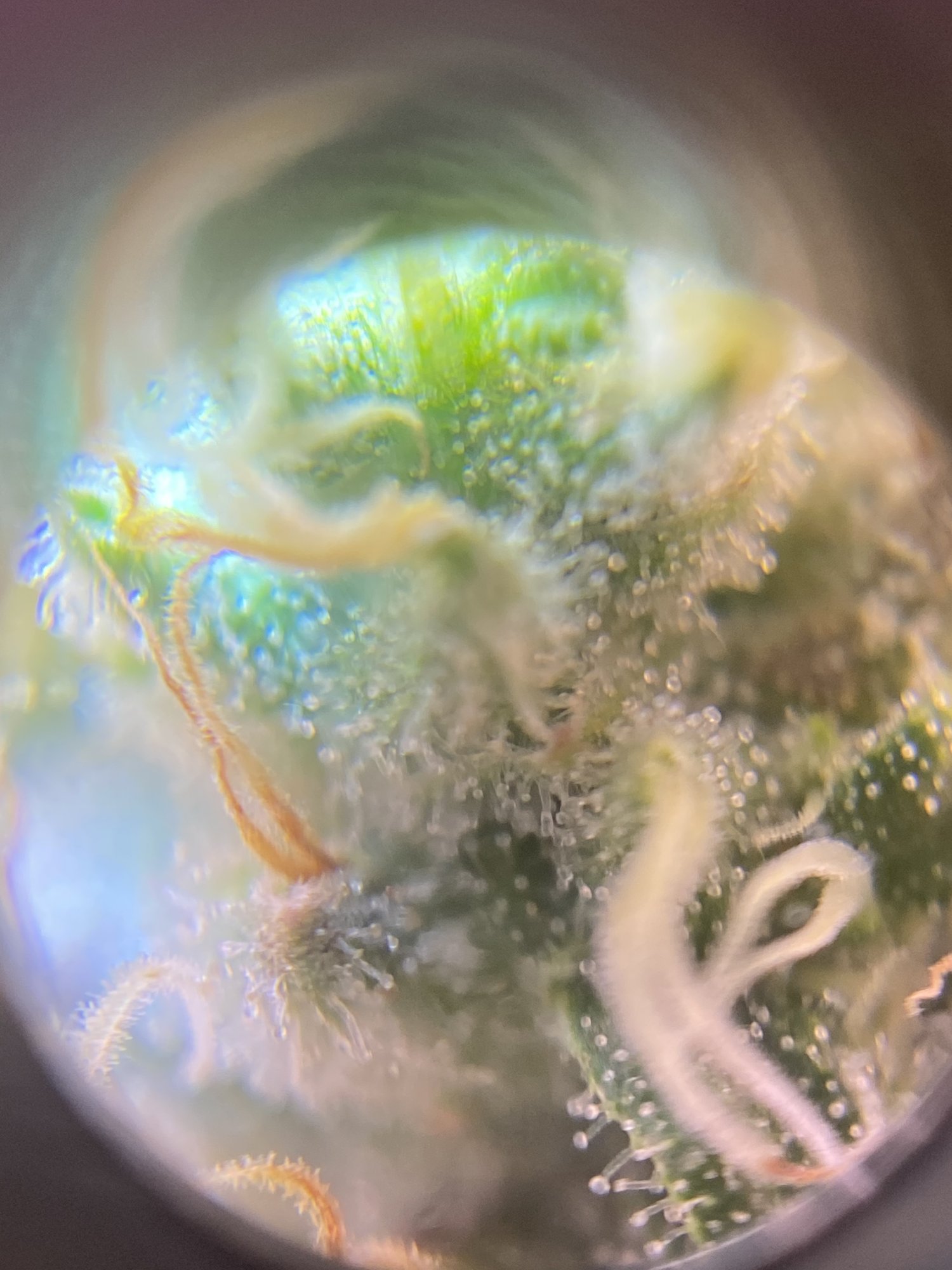 These look beautiful. I'm currently on my first grow as well, day 59, and I hope my turnout is as good as this.

You've done very well. Now wait for the amber to come around and you'll be ready to chop that sucker down :D

Day 97: I moved the plants to a cooler part of the house in the hopes to facilitate the buds purpling... mission accomplished!! 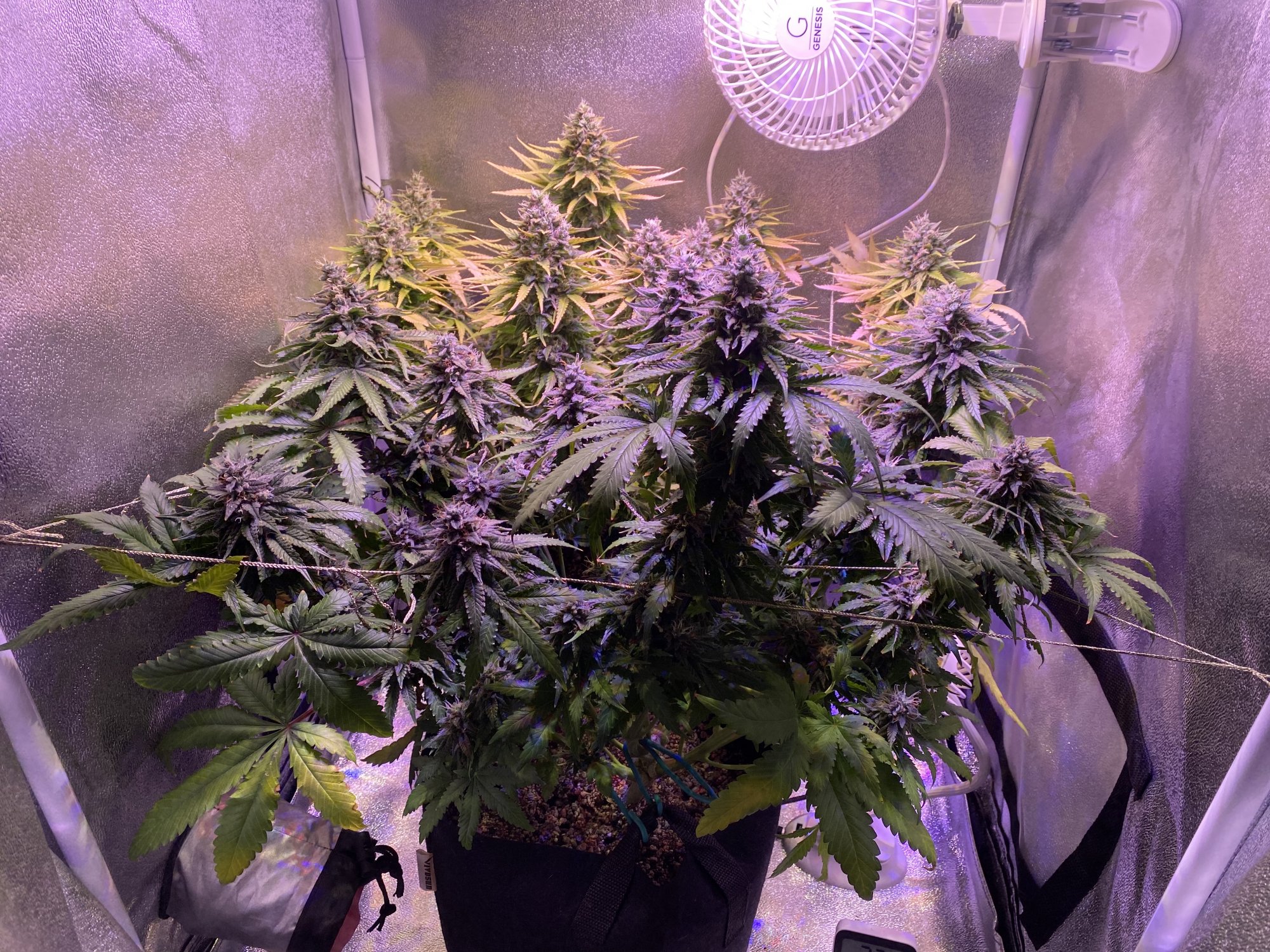 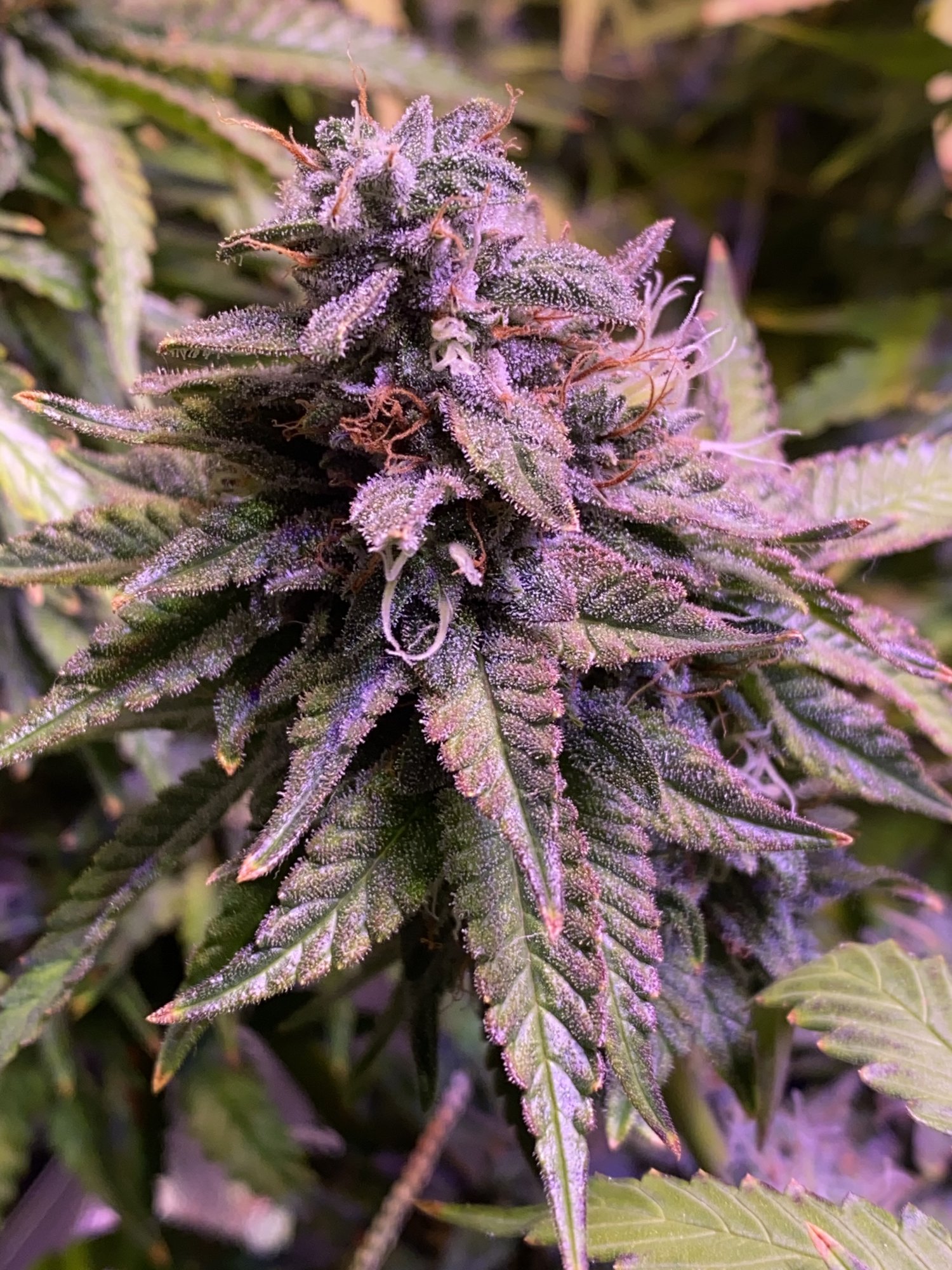 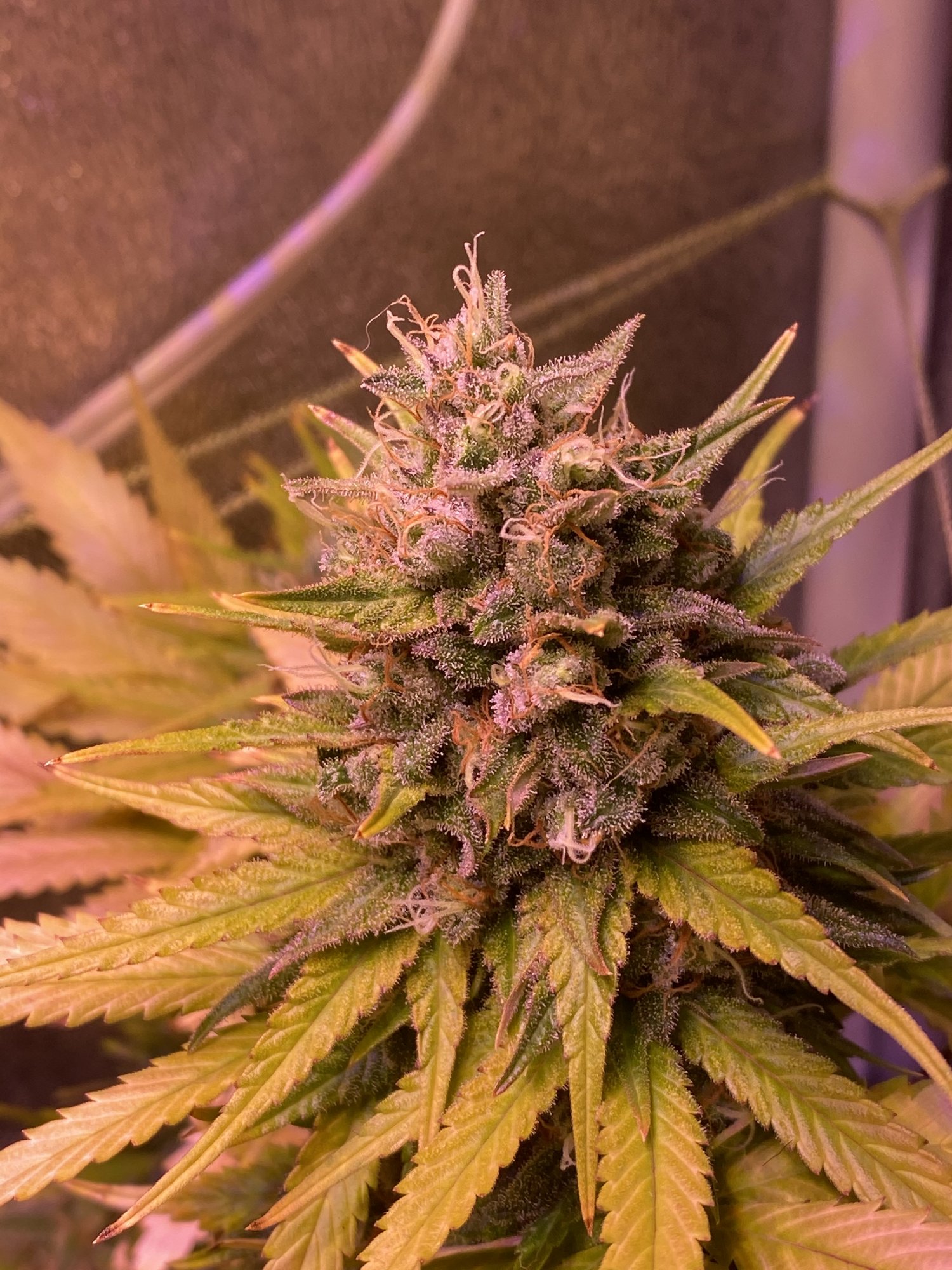 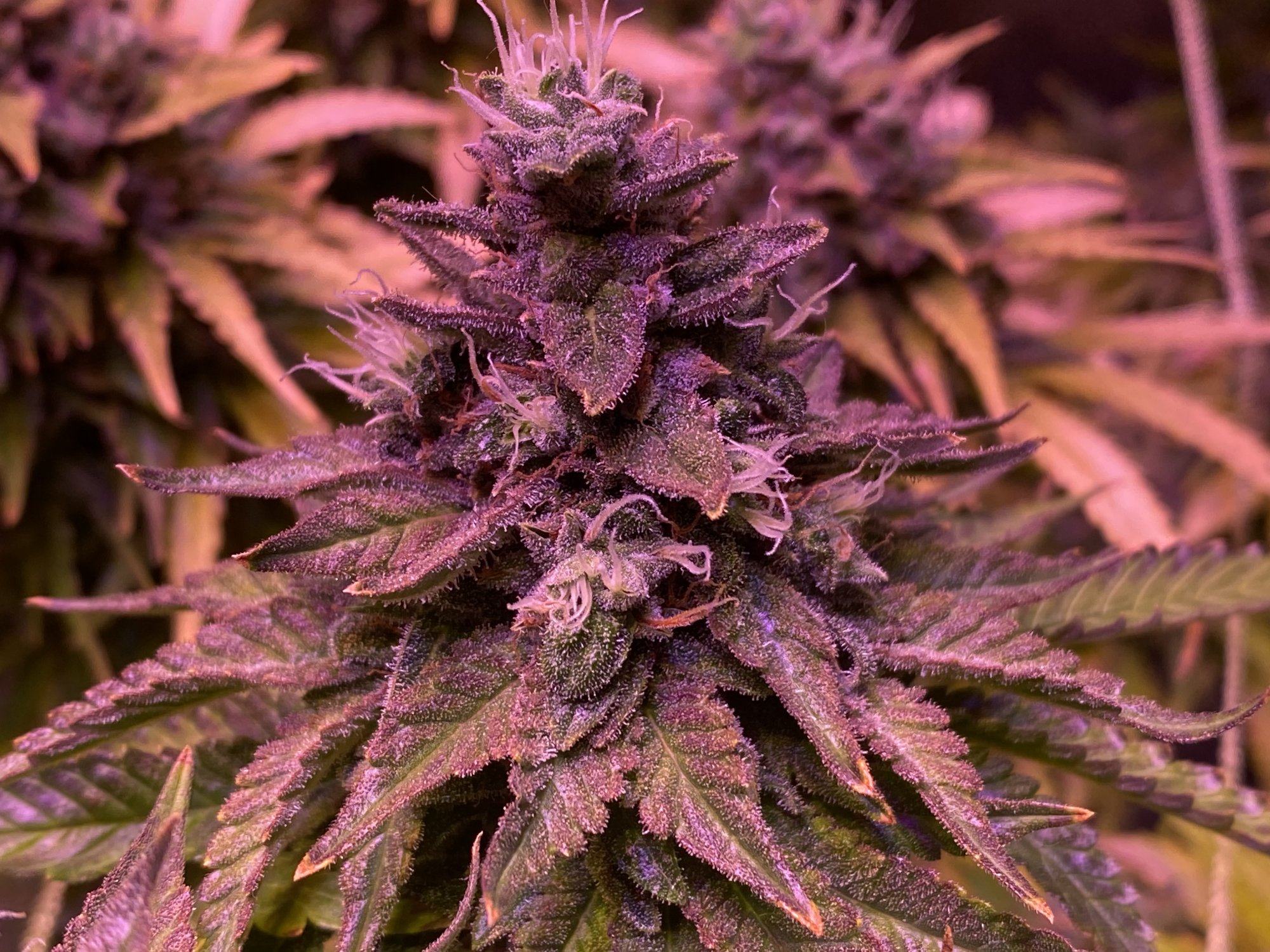 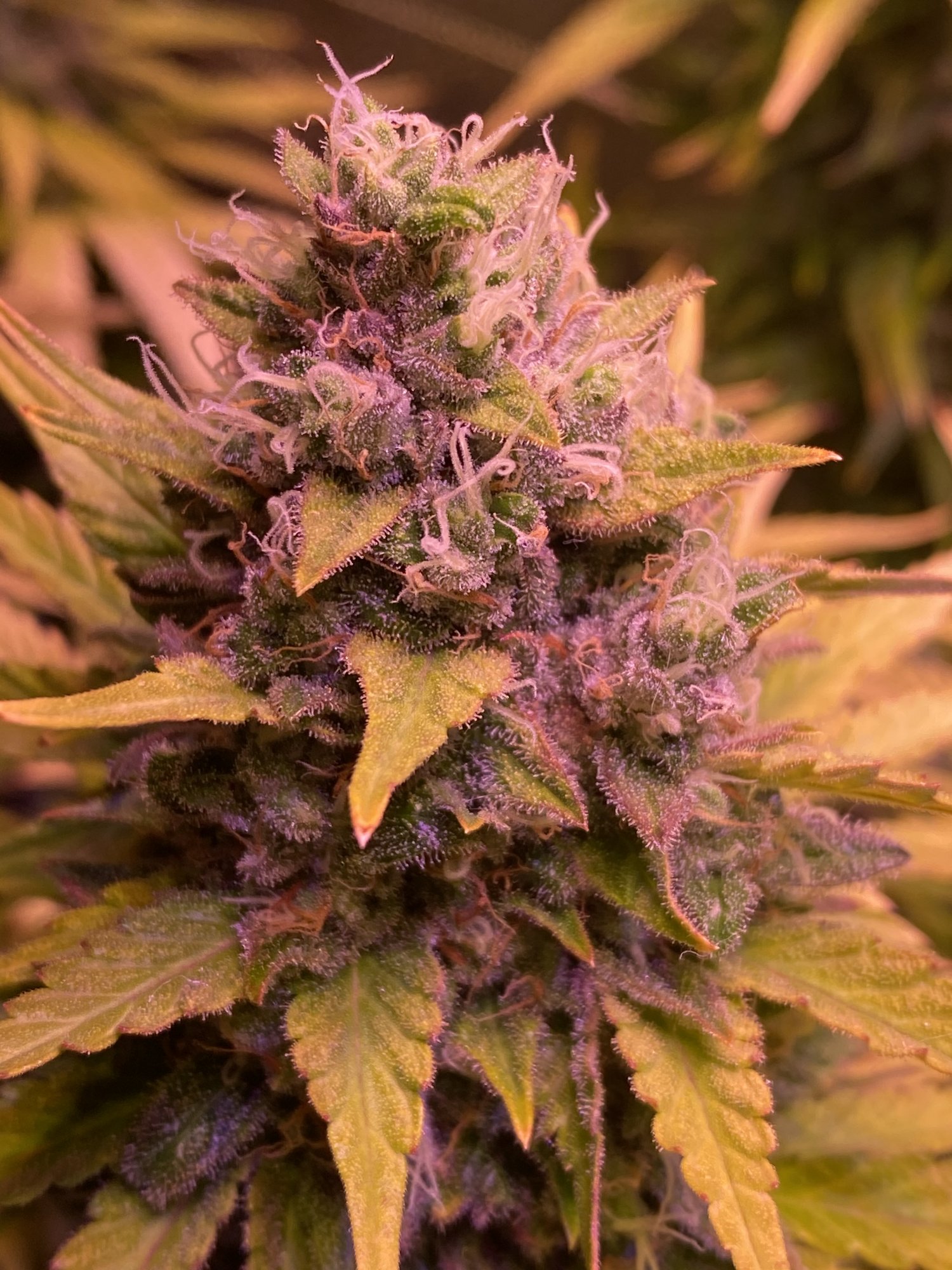 They are looking pretty close to harvest time. I’m thinking later this week. I gave one last watering today with a little cal mag because my water is very soft and also some molasses (I’m all organic in living soil). This will be my last watering. I think I will also give them an extended period of darkness after the lights go off on Wednesday and then harvest Friday or Saturday morning.

Those look gorgeous. Time to land the plane soon!

I figured I would just give a final update on things. Plants were chopped at 104 days. GSC dropped most people of its nitrogen before chip, as you can tell by the yellowing of the leaves. I had mostly cloudy trichomes with a few amber and a few clear. Since I was only using the one grow tent for grow and then to dry, I chopped the Blue Monster probably a little early. I had about 60-70% cloudy trichomes but the plant was still a very lush green and did not drop off its nitrogen much.

I manicured were, hang dried for three days before I trimmed some buds off the stems to test RH, then rack dried those buds for two days while the rest hung for the same amount of time. Then I manicured again dry and put in jars for the cure. I opened them several times a day for the first week as RH was still around 68-71 and slowly decreased frequency and duration of burping. At this point, they have been curing for 5 weeks and I’m only opening jars for 10 min or thereabouts every week unless I need a nug for myself lol. Potency and flavor has developed, smoke is super smooth.

Final impressions: great smell and smoothness of the GSC. Super potent, but the taste could be better. Nice floral flavor upfront, but could be more refined. BM never developed that citrusy aroma, it’s more of an earthy smell which I think is due to the early chop but still nice, smooth smoke. And also very potent.

Tots harvest was 4.7 oz, not accounting for some trim and popcorn buds I used for hash. Breakdown was about 2.2 BM and 2.5 GSC.

This was fun. Now on to the next grow! 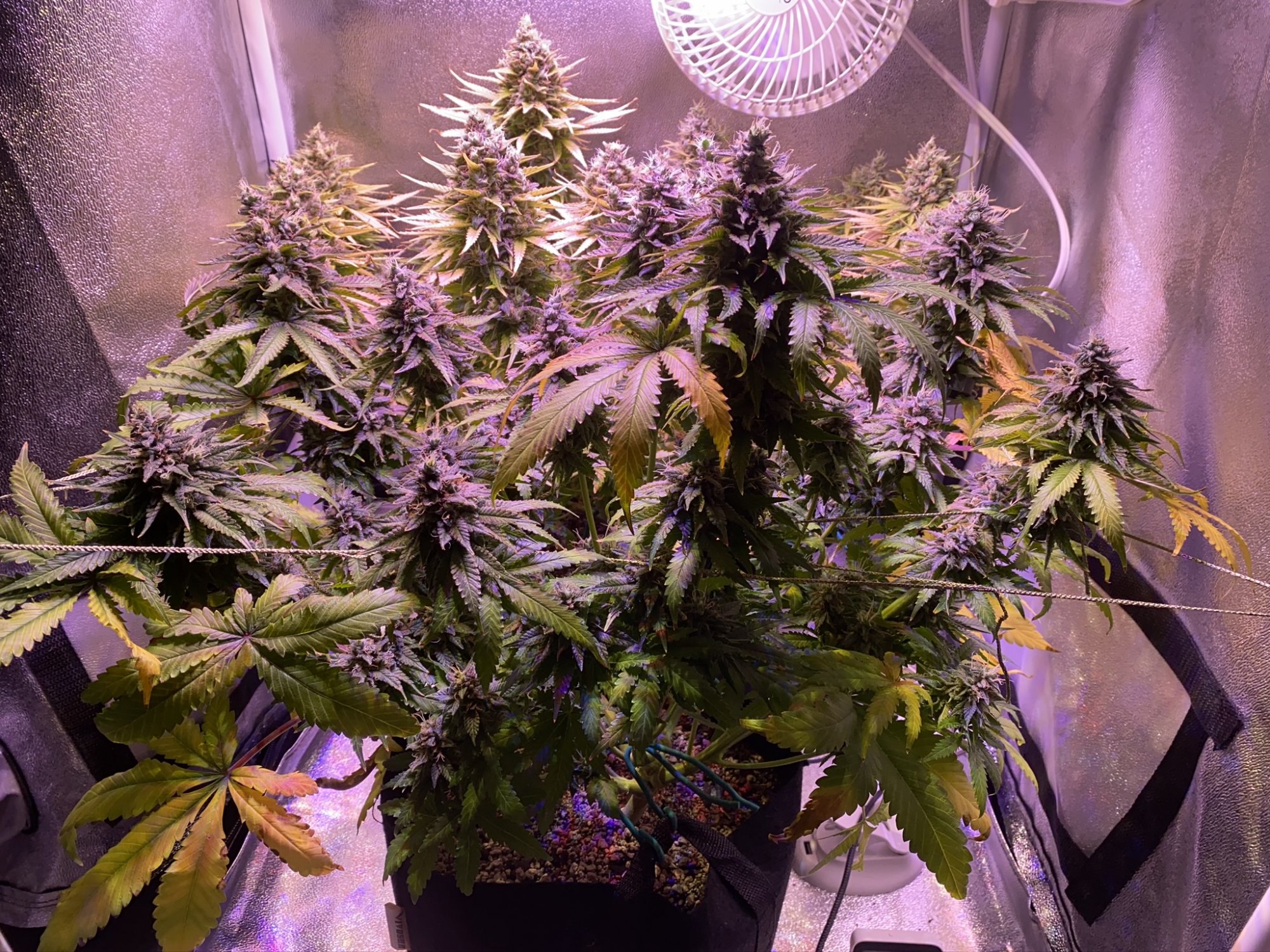 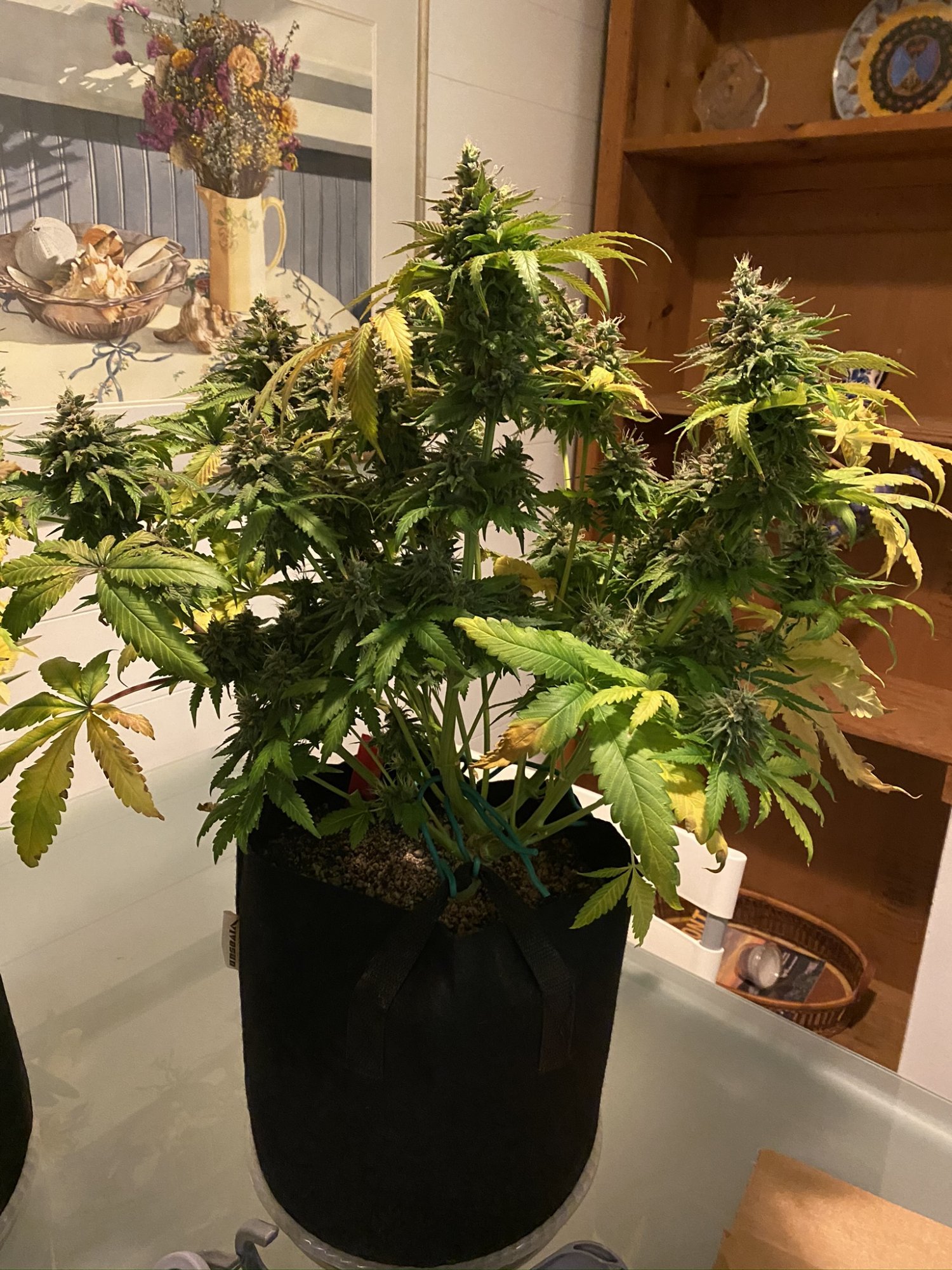 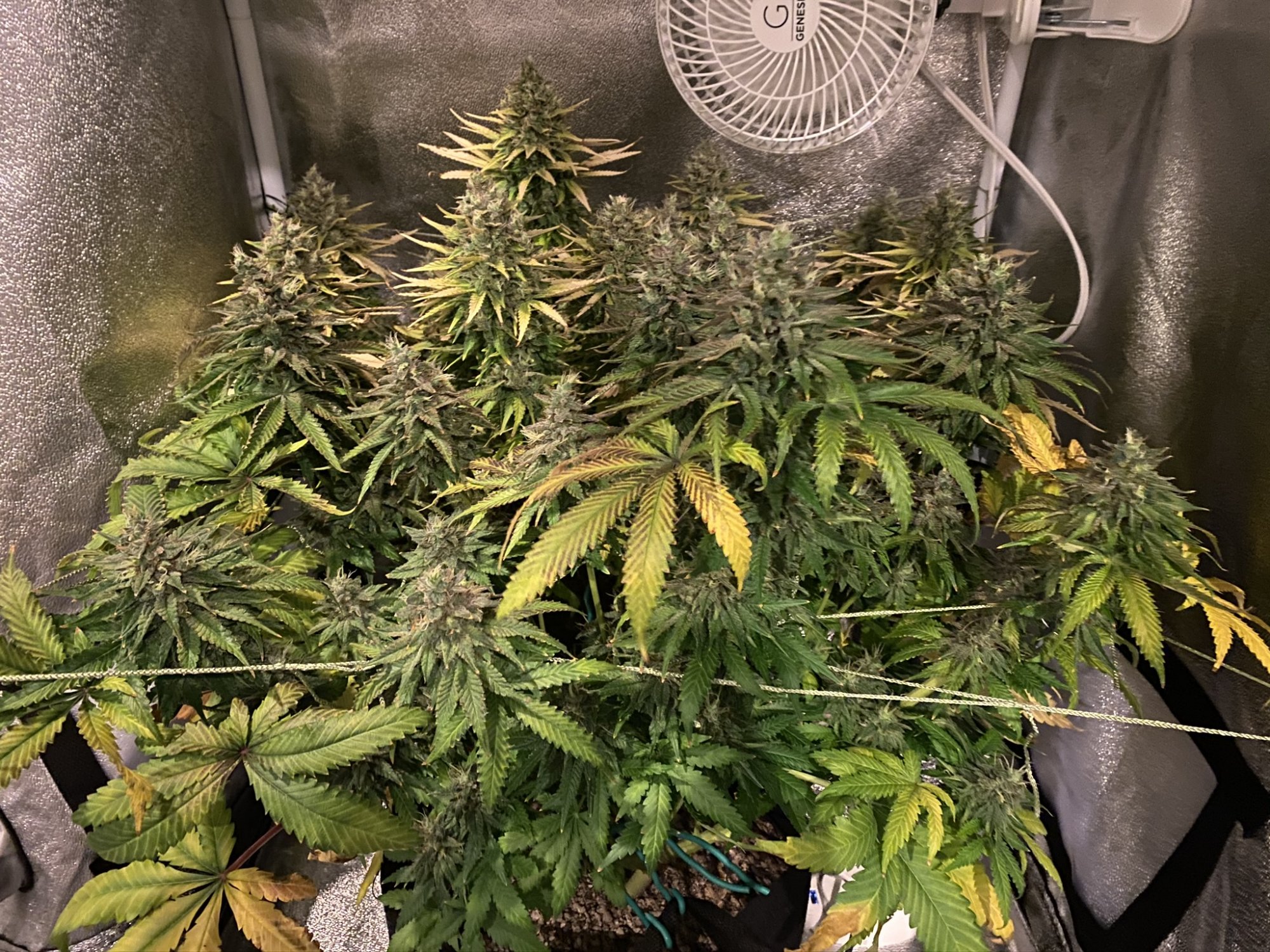 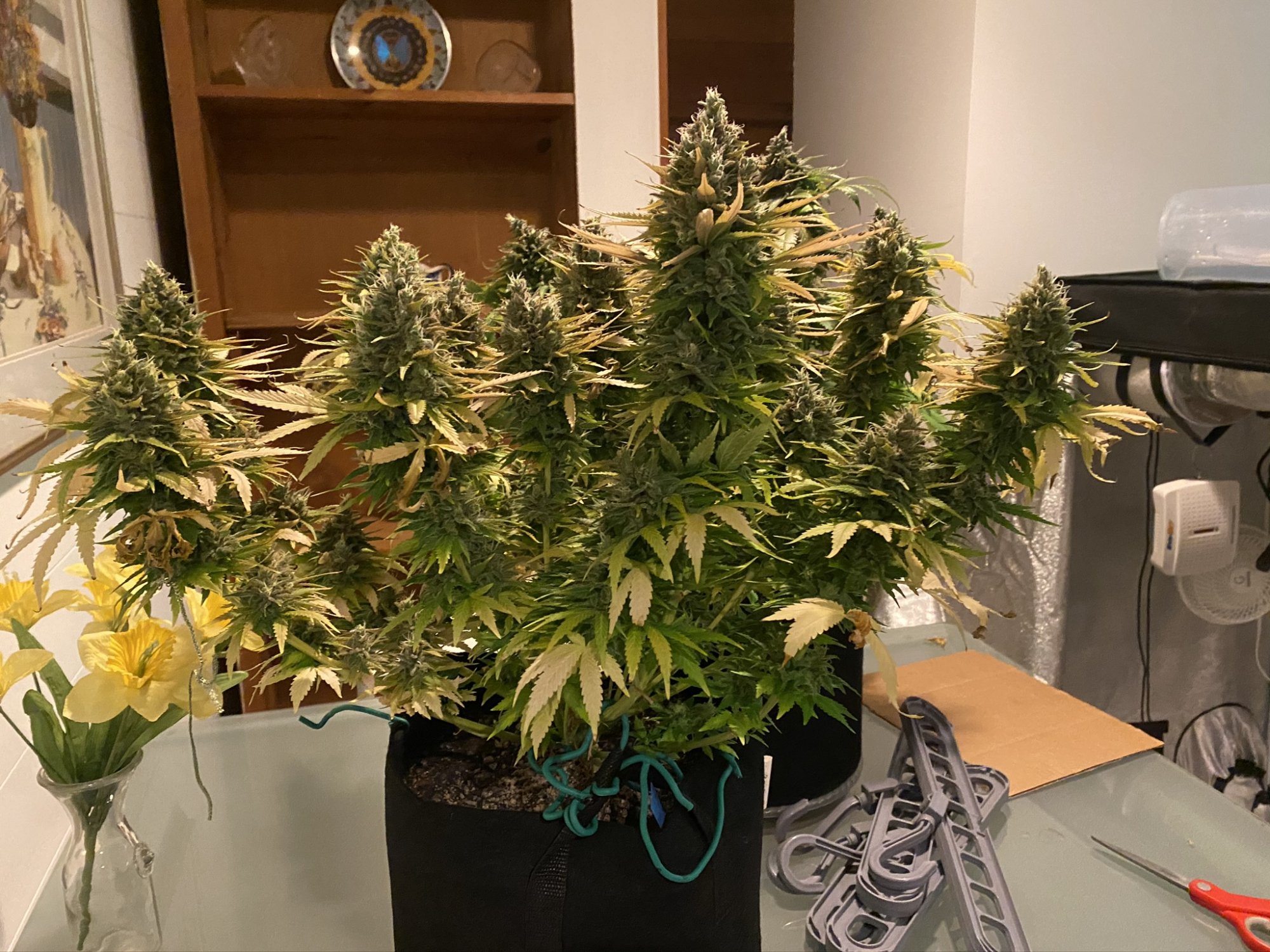 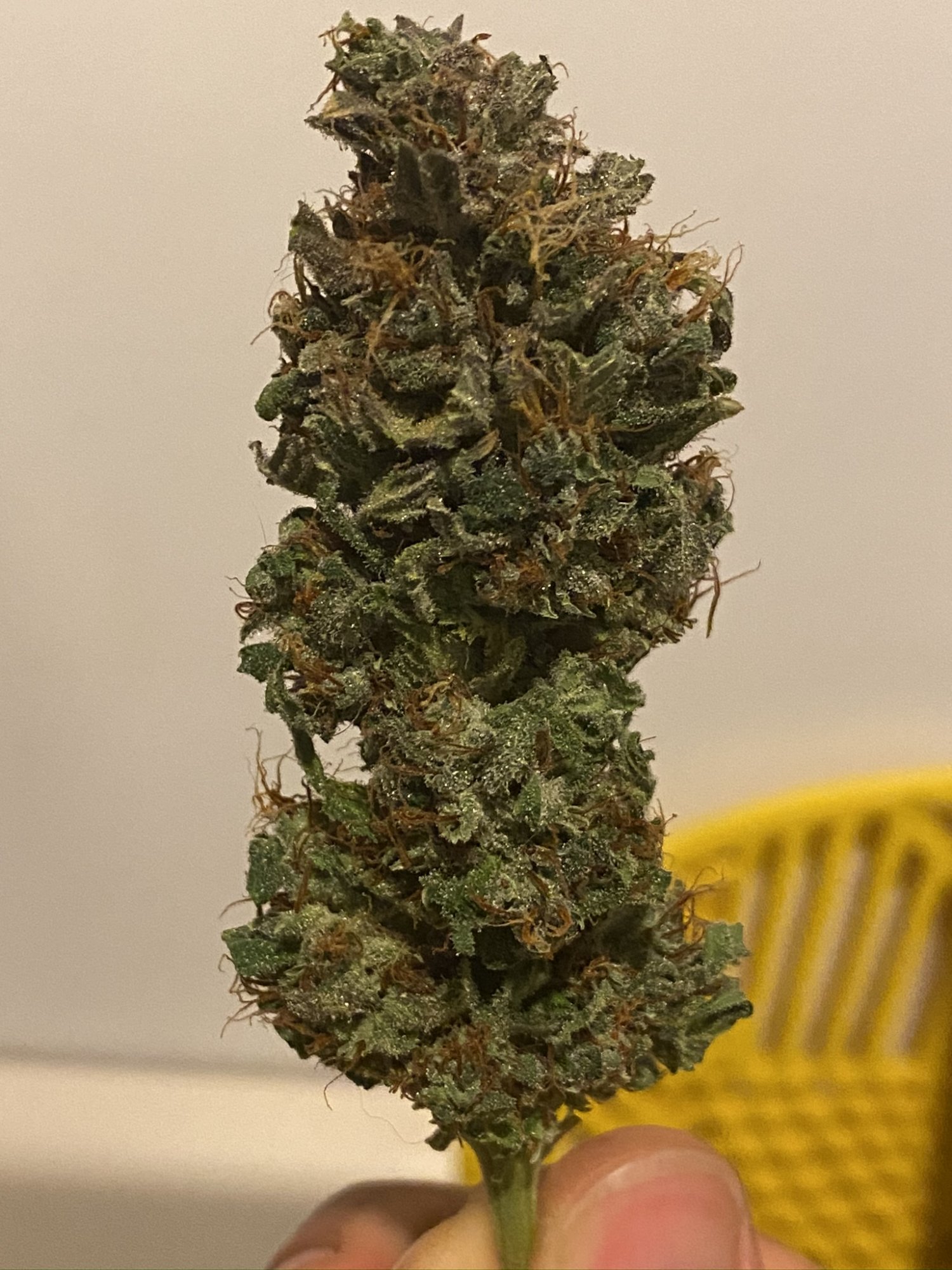 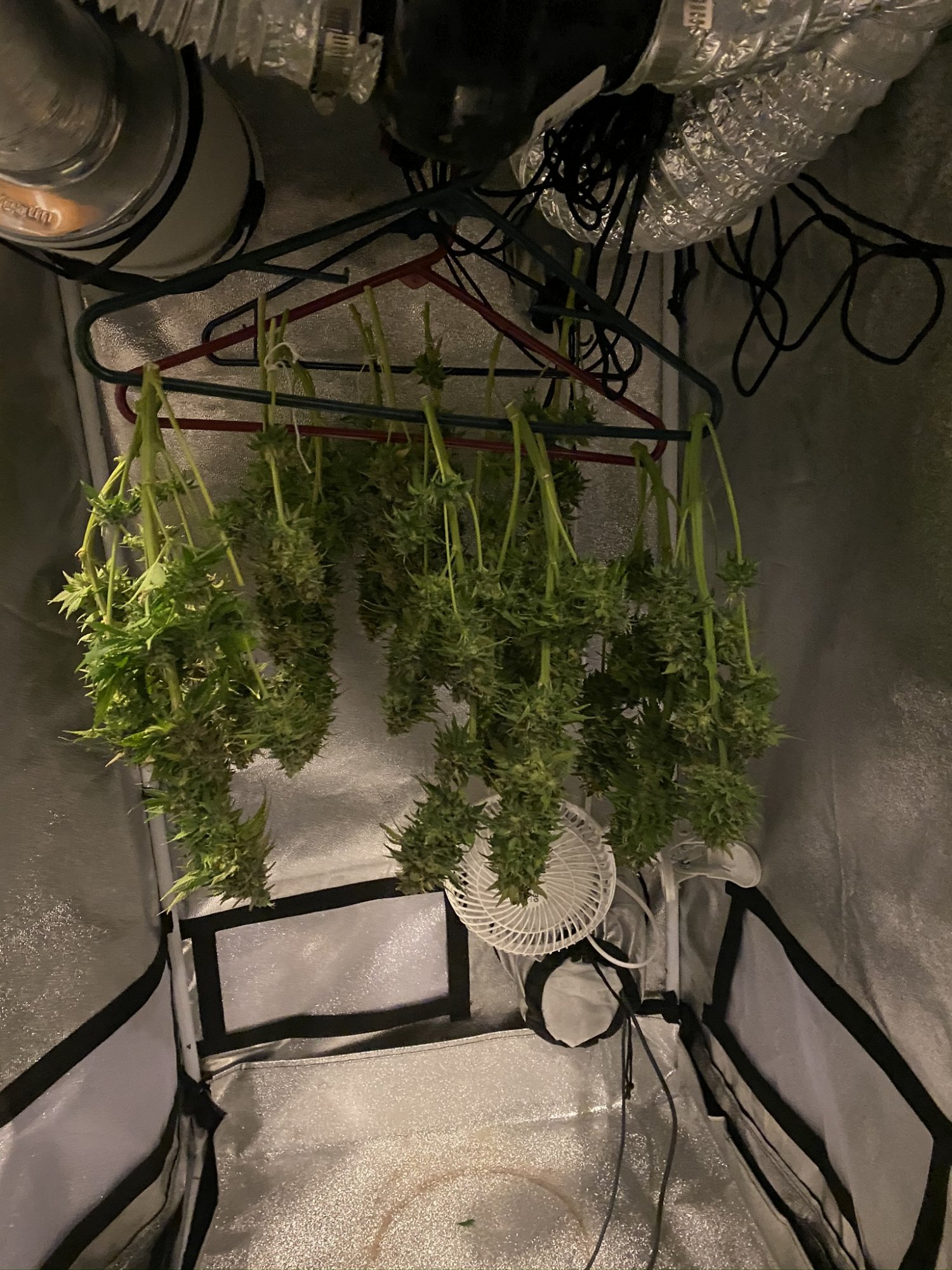 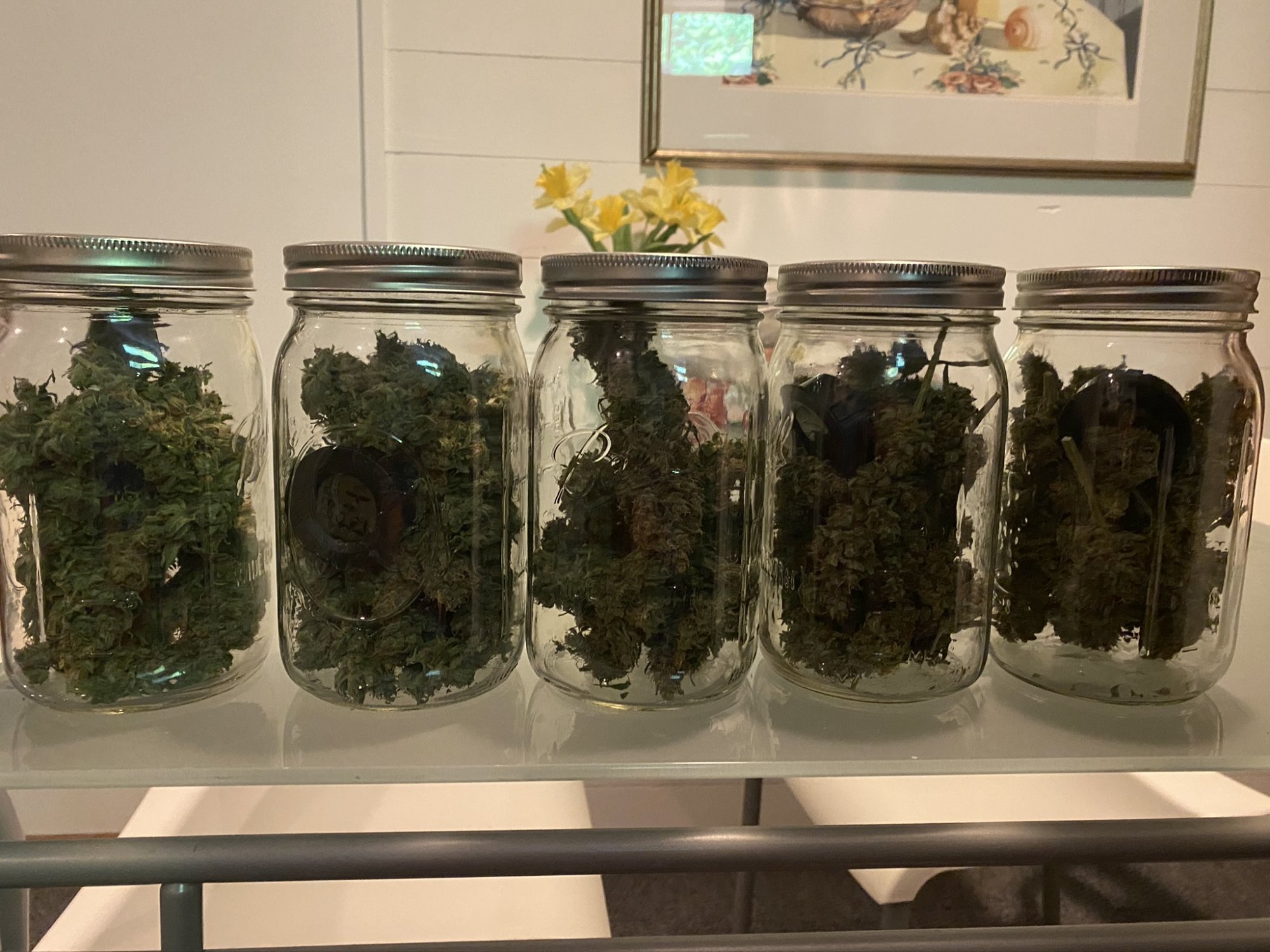 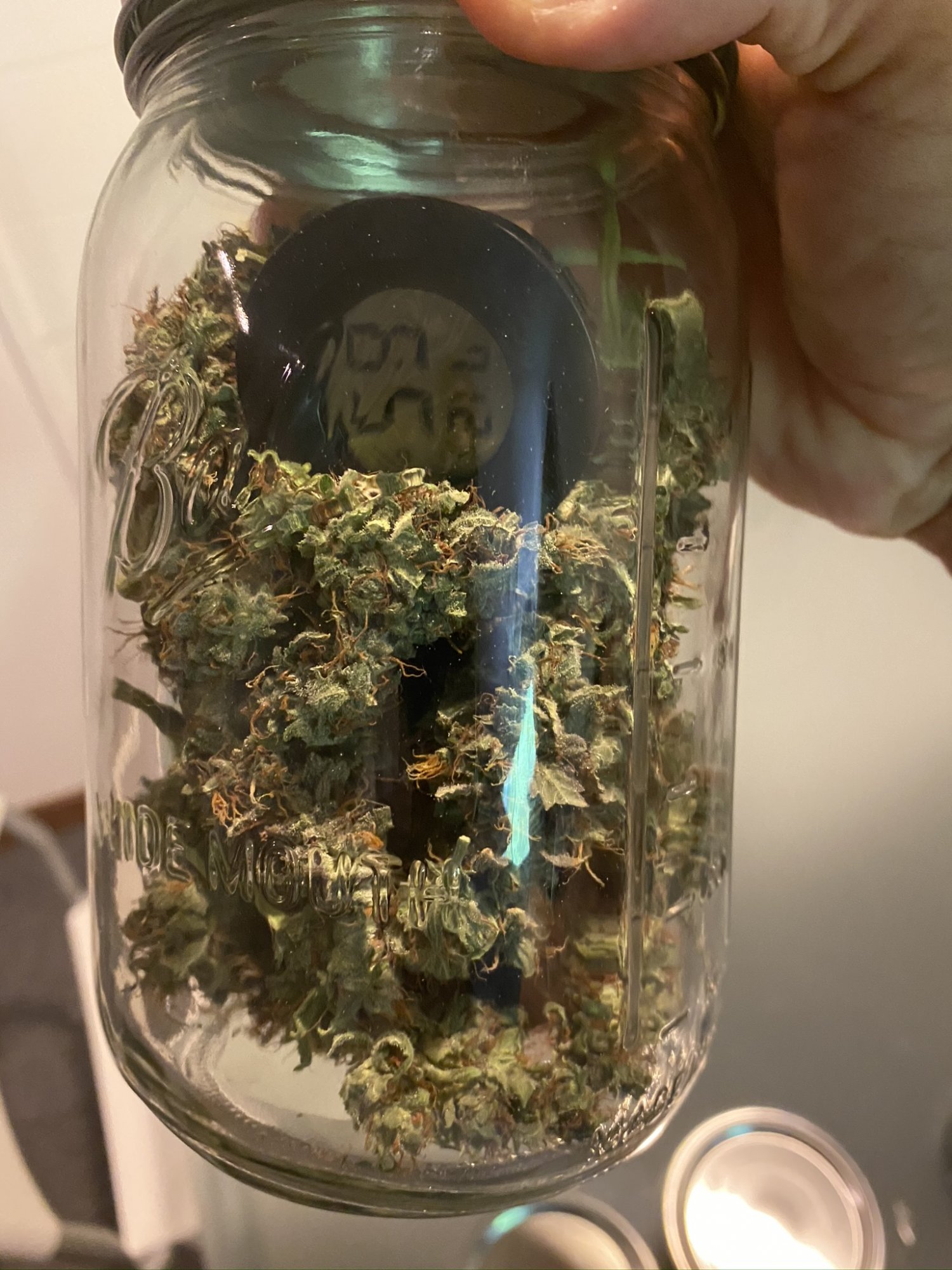 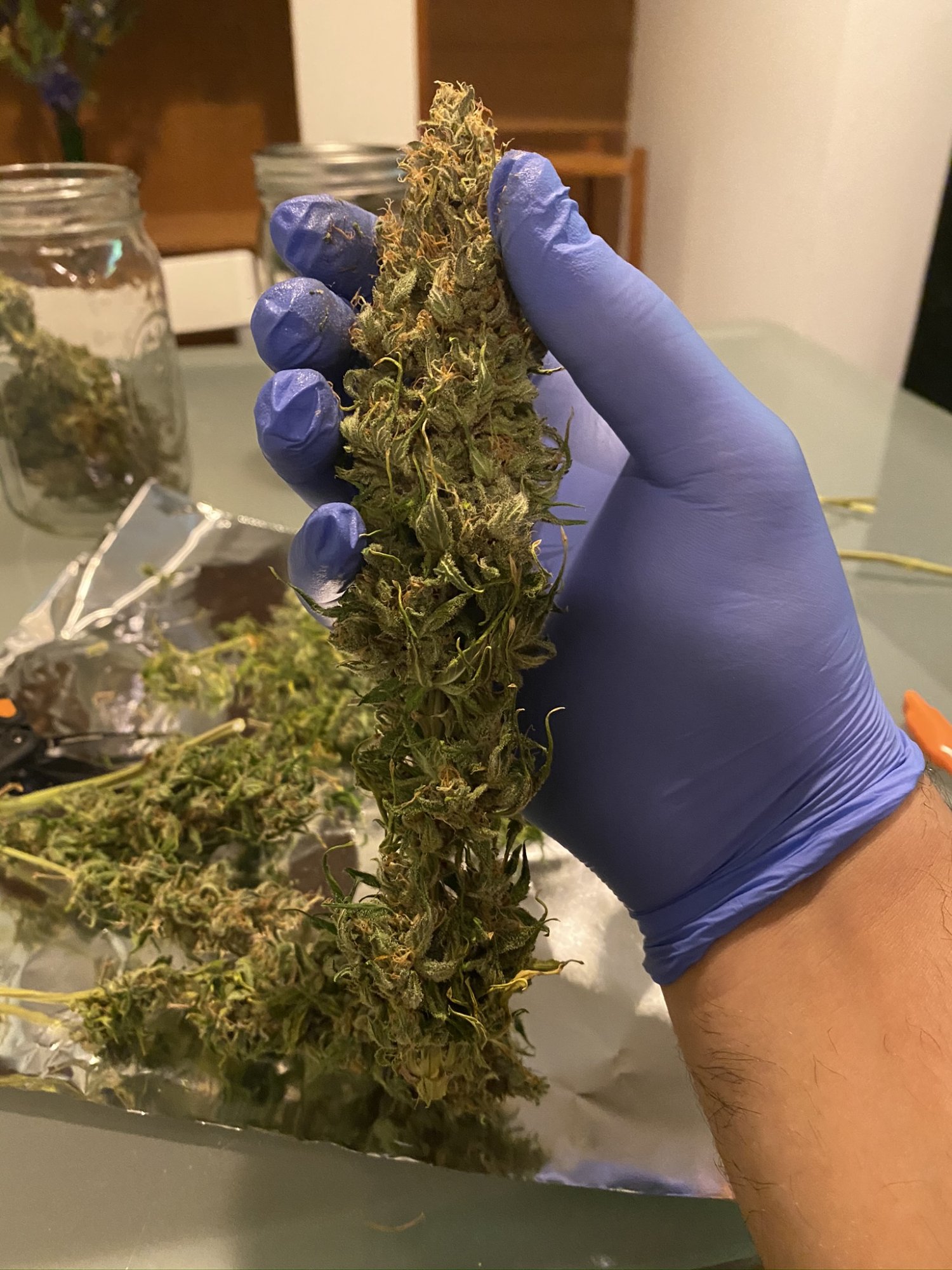 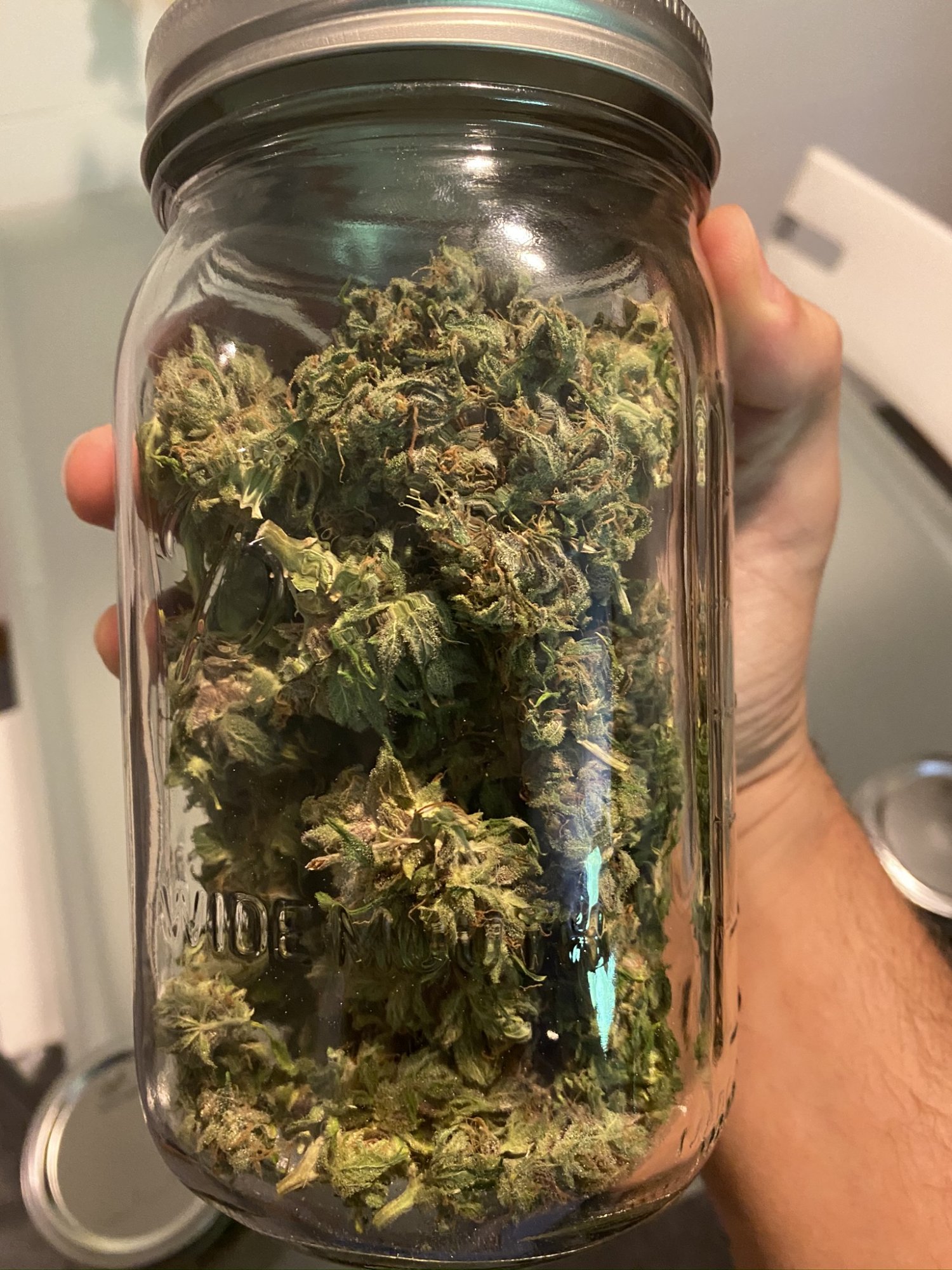