High Times, the magazine about all things marijuana, is marking its 40th anniversary this week with an invite-only party in New York promising "drinks and munchies." The milestone comes amid a swell of interest from readers and advertisers thanks to the legalization of recreational marijuana in Colorado and Washington as well as the substance's rising approval ratings. A recent Gallup poll found that 58% of Americans say marijuana should be legal.

Executives at High Times, which is privately held and does not share financial information or circulation numbers, said the magazine's total pages have grown from 136 pages last year to an average of 160 this year. A couple issues, these executives said, have reached 174 pages.

The surge in pages is not necessarily related to its November anniversary issue, Mr. Stang said. (Advertisers tend to flock to magazines' anniversary editions.) "We've tried to capitalize on the 40th as much as possible, but that's not where the ads are coming from," he said, noting that Brooklyn-based publisher Powerhouse Books released a book this week about High Times. "Suddenly, there's a mainstream feel to what we're doing," Mr. Stang added.

The magazine, which began in 1974 as a Playboy parody, features ample photography of marijuana -- pictures of notable pot smokers posing next to marijuana plants, close-ups of certain varieties and a centerfold depicting marijuana. Feature stories include celebrity interviews and politically charged articles that explore drug-policies in America.

Ms. McEvoy looked at it another way. "In the cannabis world, we are the Consumer Reports," she said.

Advertising in the magazine is strictly endemic, with ads for cannabis seeds, smoking paraphernalia and other accessories and, increasingly, the dispensaries where pot is sold legally in some states.

The magazine's web and mobile sites have also seen an explosion of traffic, with unique visitors reaching 1.2 million in September -- a 215% increase from the previous year, according to ComScore. (High Times' internal numbers are even larger.) "Everything's a bright spot, but that's as bright as the sun," Mr. Stang said. Digital earnings, he added, have climbed 130% in the last six months.

People are reaching the site mainly through social media, according to Ms. McEvoy. The High Times Facebook page, for instance, has 4 million "likes."

And like many traditional publishers, High Times is embracing the live-events business. Now in its fourth year in the U.S., the Cannabis Cup -- a weekend-long event that's part trade show, music festival and conference -- attracts tens of thousands people. High Times has already held 18 Cannabis Cups in four states, its executives said.

Ad Age spoke with Messrs. Stang and Skye and Ms. McEvoy about the magazine. Here's a lightly edited version of the conversation.

Advertising Age: Why has High Times experienced such strong growth? Does it have to do with the legalization of recreational marijuana in Colorado and Washington and the general liberalization of people's feelings toward marijuana?

Dan Skye: I think the legalization has everything to do with the boom.

Matt Stang: Simply put, cannabis is legal. That changes everything. It's become a marketable business -- it becomes not only marketable, but something you can tell your parents and your grandparents you're doing. We're in the majority now; we're not the vocal minority anymore.

Ad Age: Who are the advertisers in High Times?

Mr. Stang: It's really a vast spectrum. There are literally hundreds of new businesses popping up. There are services, there's tourism, there's cannabis itself -- there's edible, there's vaporizers; there are all the standard services that comprise the general economy. There's branding services; there are new ad agencies popping up just to serve this space and they need to reach these people somehow.

Ad Age: Do you imagine a time when non-endemic advertisers are attracted to High Times -- could you see Kraft, General Motors or Procter & Gambleadvertising in the magazine?

Mr. Stang: I actually do. We've had the first stirrings of that in the last six months or so, where people who are working as brand advertisers for large, well-recognized national brands have started talking to us. It's been mostly palaver.

Ad Age: It's been mostly what?

Mr. Stang: Palaver. It's a wonderful legal term for "talk that means nothing." At this point that's where it's been. It doesn't mean that it won't change in the near future. As everyone always says, where's Doritos? Where's Pepsi? Where is Papa John's? There are a million national brands that mesh perfectly with what we do. It's just up to one of them to take the leap. We've had back-channel communications with different high-level brand advertisers, but no one has been willing to take the leap. I know whoever does is going to get a huge amount of publicity.

Ad Age: Can you tell me the names of the brands you've been talking with?

Mr. Stang: I don't want to scare anyone away.

Ad Age: Is the magazine profitable?

Mary McEvoy: All we can say to you is we all have a pretty big smile on our face right now.

Ad Age: Dispensaries are among the advertisers in the magazine. Who are they trying to reach with these ads since the shops are local to a community or state while the magazine is national?

Mr. Stang: For their advertising campaigns, they're looking at it as a destination, tourism type thing.

Ad Age: A report in The New York Times this year said that dispensary owners in Colorado hold large amounts of cash because banks -- particularly national chains -- have been unwilling to open accounts for dispensaries, fearing repercussions from the federal government. Does that complicate them being able to buy advertising?

Mr. Stang: It's less of an issue to the people with the large chains who are advertising with us. Small banks in Colorado are working with them. It was more of a problem nine months ago. Now people are sorting it out, but it's still an issue.

Ad Age: How have three of the big trends in the media and marketing world -- programmatic ad selling, native advertising and mobile -- affected High Times?

Mr. Stang: Programmatic really hasn't been something that's affected us.

Native advertising has definitely been something we've been jumping into in the last couple months. We've made it a part of our sales pitch, and it's something people are definitely interested in. It's driving growth. It also drives traffic because people are interested in the exact kind of stuff that the sponsors want from native content. We're already talking about bringing in more people to create the native content.

Mobile is a huge driver for our traffic. About 50% of our traffic comes from mobile.

Ad Age: What was it like at the magazine 20 years ago?

Mr Skye: In the early '90s, we were limping along. We had just come out of the cocaine era and an editor in chief named Steve Hager was instrumental in turning the magazine back to a very, very strong cannabis focus. We were working on a shoestring budget in 1992. And that's certainly changed. 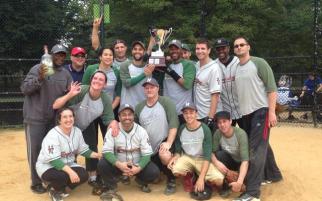 Mr. Stang: There's nothing more Zen-like that smoking some marijuana and trying to hit a ball that's coming at you very slowly.
You must log in or register to reply here.

Can anyone tell from these markings ......

A sight i never thought i would see

G
Would a pH of 6.4 Cause My Seedlings To Look This Funky? Or Something Else Going On?