Homesteader said:
Just depends whether you like an indica or a sativa leaning strain I guess. Hands down sativa for me. But I'm not a fan of oily resin smoke. Fasting hitting dry sativa all day for me.
Click to expand...

Agree. Indica is good for breeding to sativa. That's all imo

Homesteader said:
@MIMedGrower I read your question wrong. Look better? For sure. The tall lank of dank over the shaggy squats indica structure
Click to expand...

I think I the older indica hybrids looked better than most of today’s too. Think g-13 compared to wedding cake or something.

Any updates on the Congo and Lao plants @Homesteader? Can you tell the sex yet?

Hey @mashy Not too much to report. Been a rough week and haven't been able to spend much time on growing but I forgot to mention that I moved most of the Lao and Congo out into the greenhouse. One of each (The healthiest looking ones) are under lights not in veg. I figured I want to grow large plants anyhow so why try to flower them early just to sex.

Here are two photos of both phenos of the amnesia. They equalized a bit and look much more similar then before. One had white hairs much longer and a better structure, so Ill keep that one. The G13 smells amazing but a bit too leafy I think for me. I may run the gelato and try to grow it better next run. The plant yellowed early and wasn't happy early in life and I think I could get much more yield if I tried again. Ill reveg it if I do. I think I already tossed the clones I took. 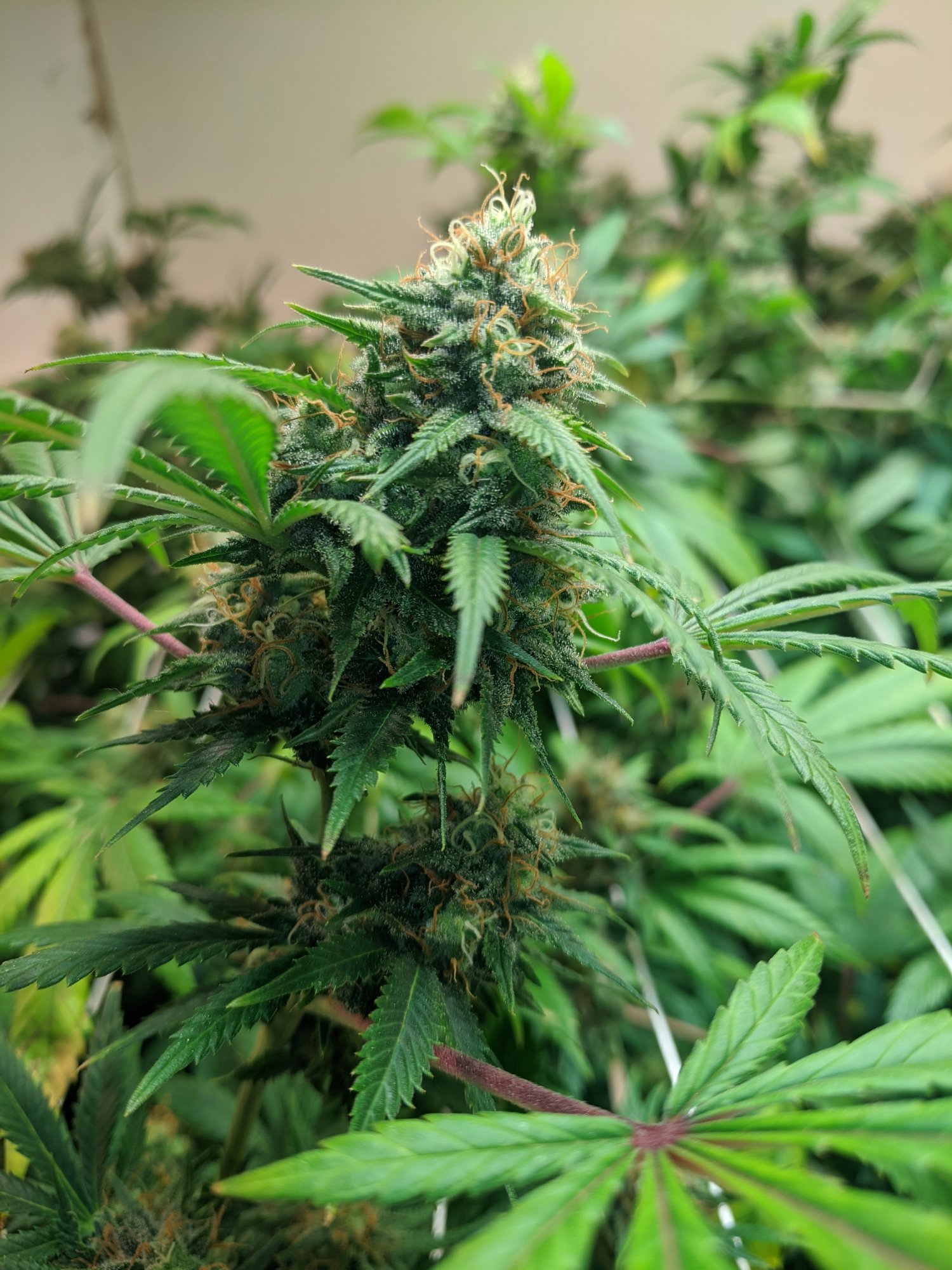 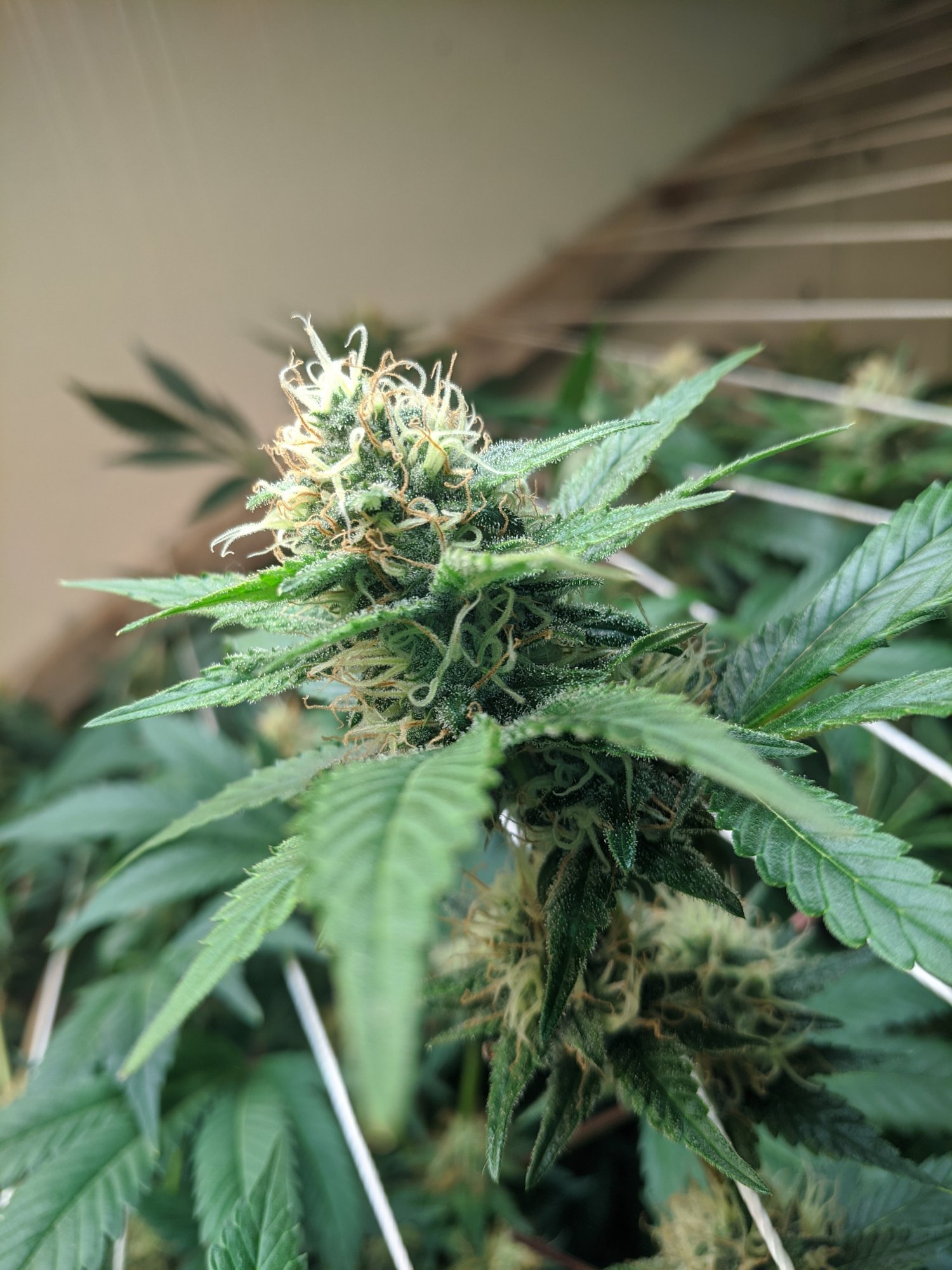 @mashy I meant they are all in veg still. Two are under lights in veg and the rest are in the greenhouse. Slow growing this year though, been chilly here.

The g13 haze. Really nice smell but I'll reveg it if it changes my mind. Too leafy 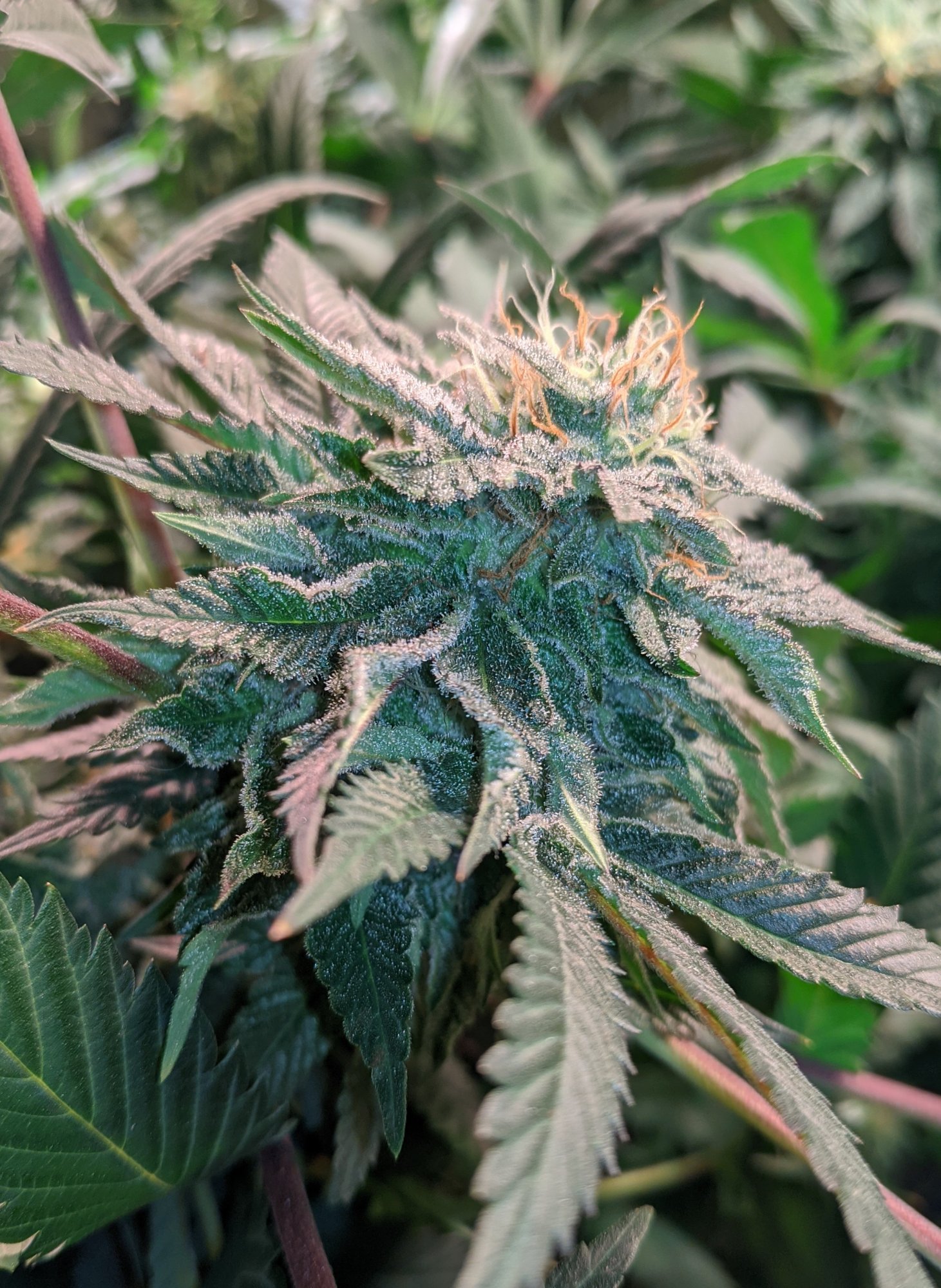 Nice work, I like your style. I love a long veg - you saw my plants

.
Would really like to try some landrace in the future, would like to see how Durban Poison grows outdoors here.
Hope it warms up for you soon, I'm just getting the first winter blast for the season.

Not really much going on with this grow. Kind of a boring grow to be honest and looking forward to the next round. I have laughing Buddha in veg and I am excited to see how that flowers. The veg vigor has been outstanding. The lao and Congolese are all truckin' along. A few are getting tall fast. Here is a photo of the amnesia and the g13 but I'll get a few from the greenhouse this week 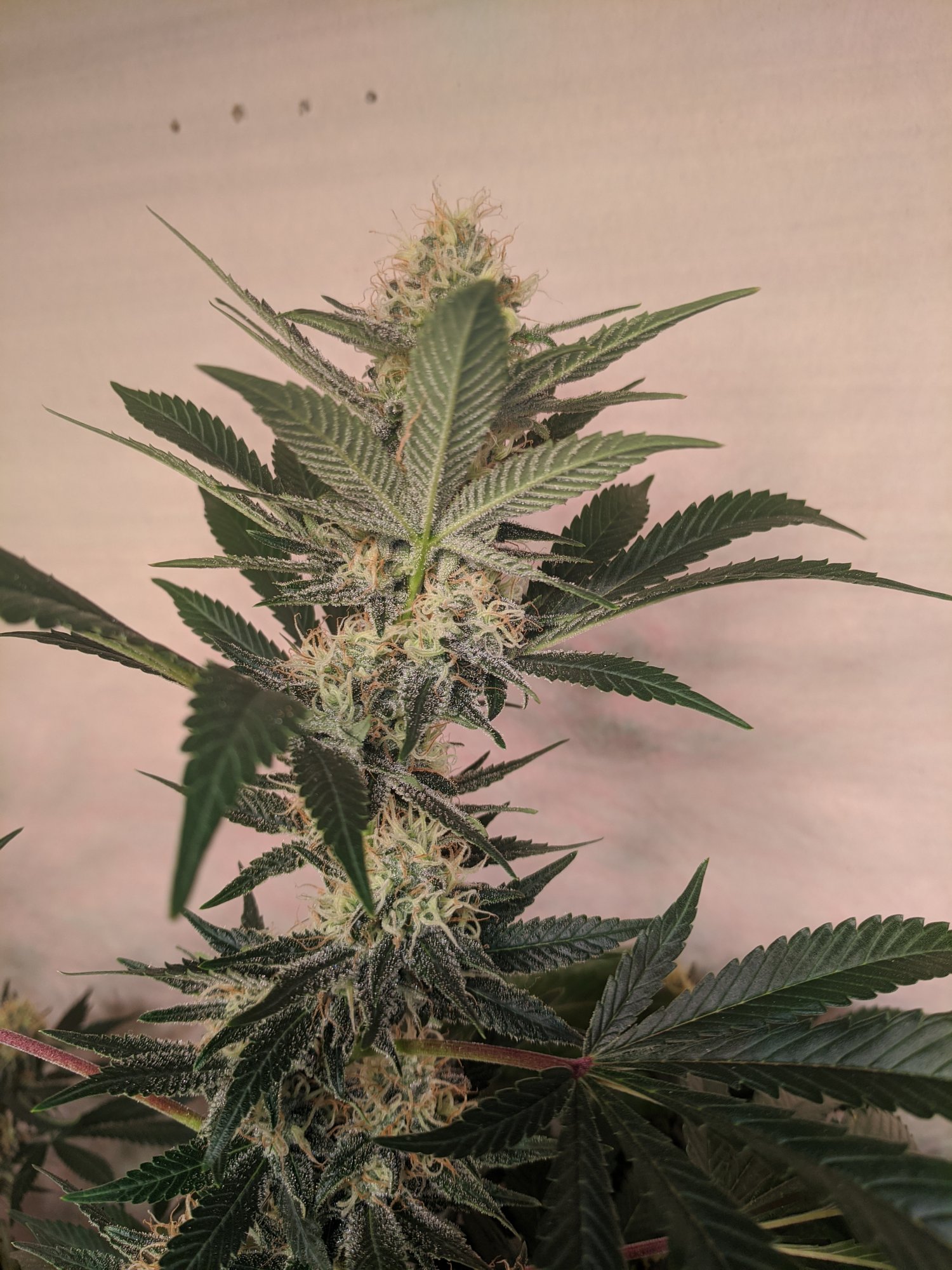 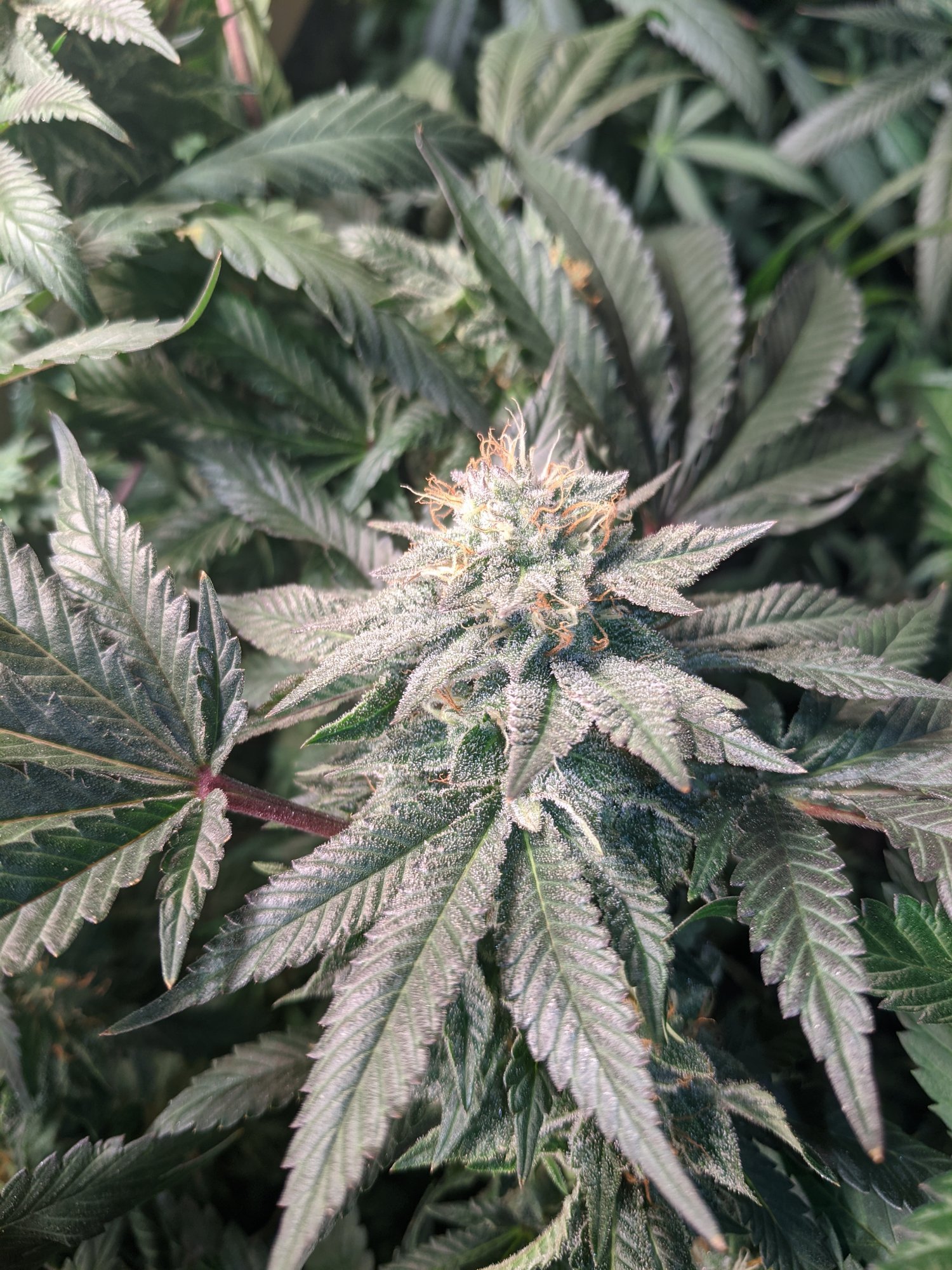 The Amnesia puts my head into a vortex. The flower looks like a vortex as well. I'm looking forward to the smoking the tip of this flower with a morning coffee and a fishing rod in hand. 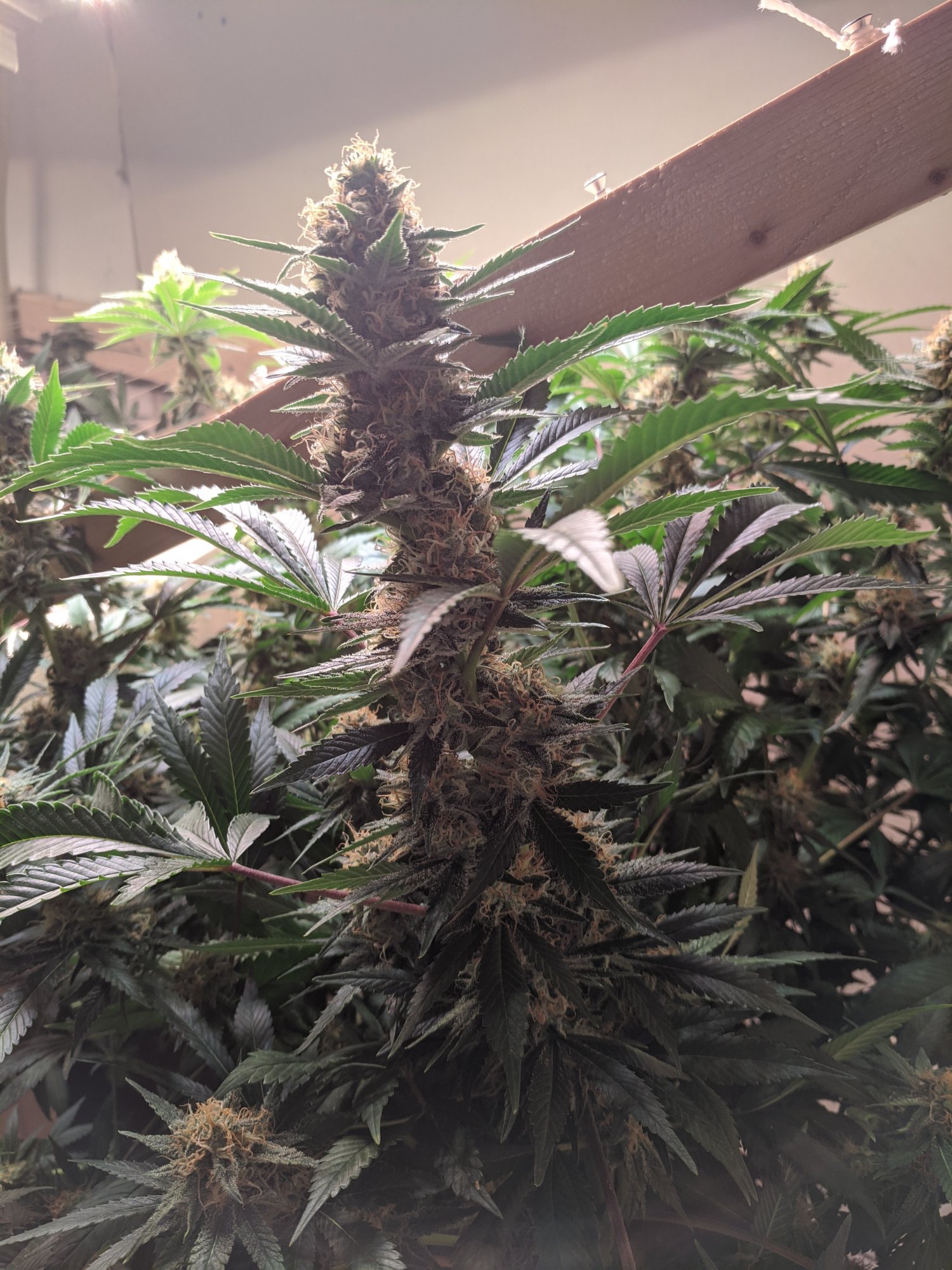 Brought the plants in from the greenhouse and getting them all set under the netting. Their roots finally took and all are starting to get large quickly.
Sprayed them with a bit of soap and oil so that's where the shine is coming from. 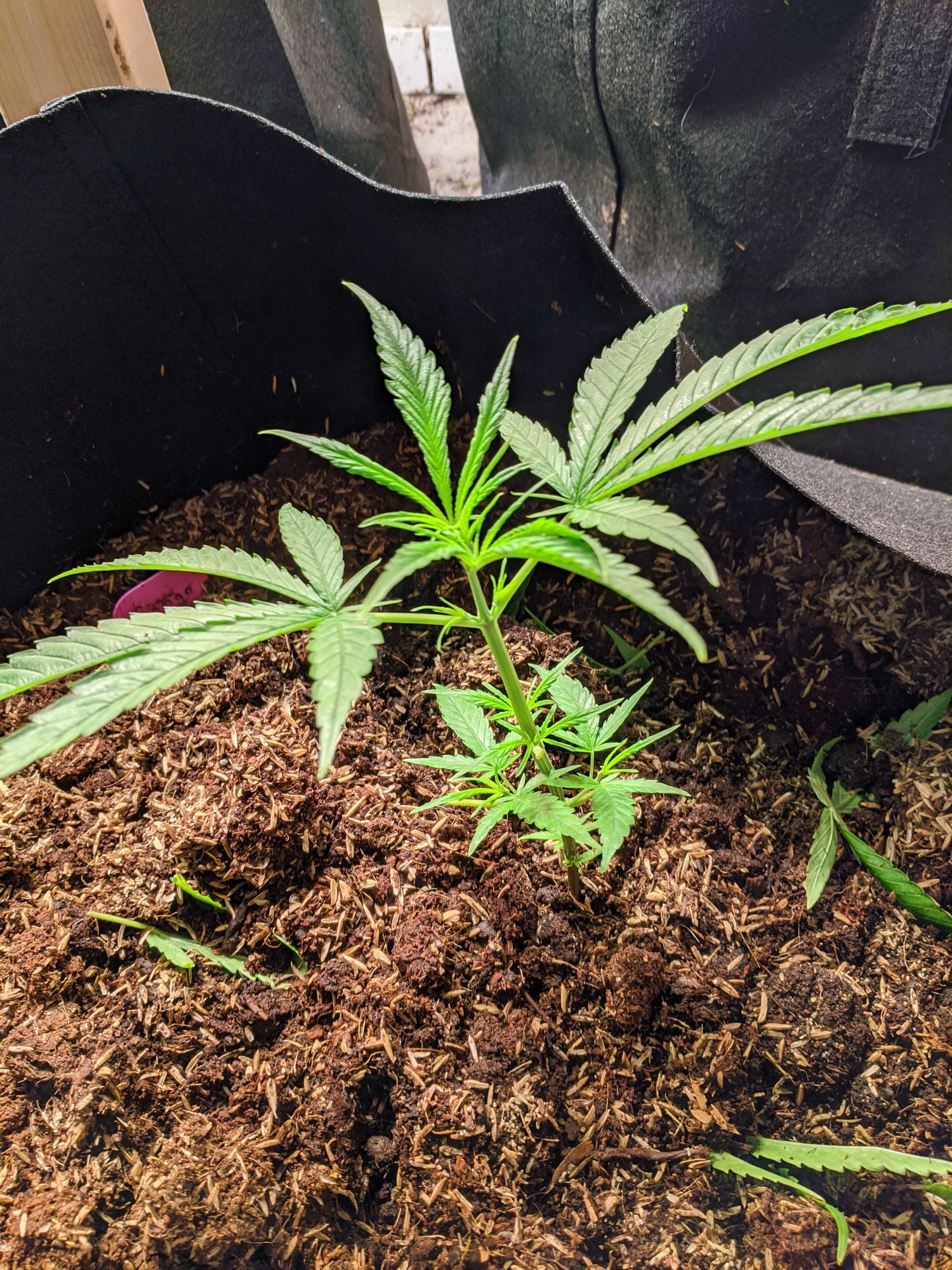 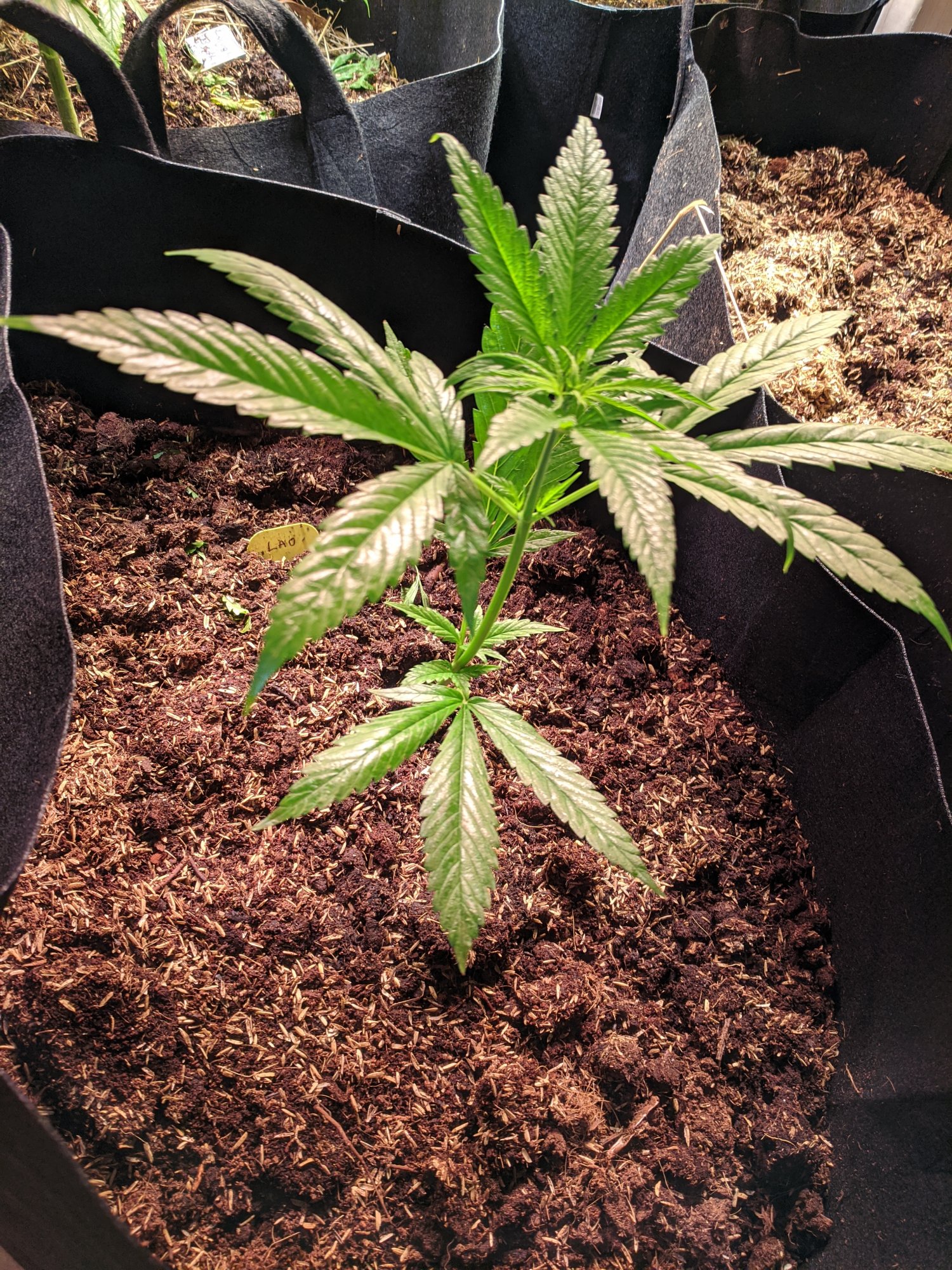 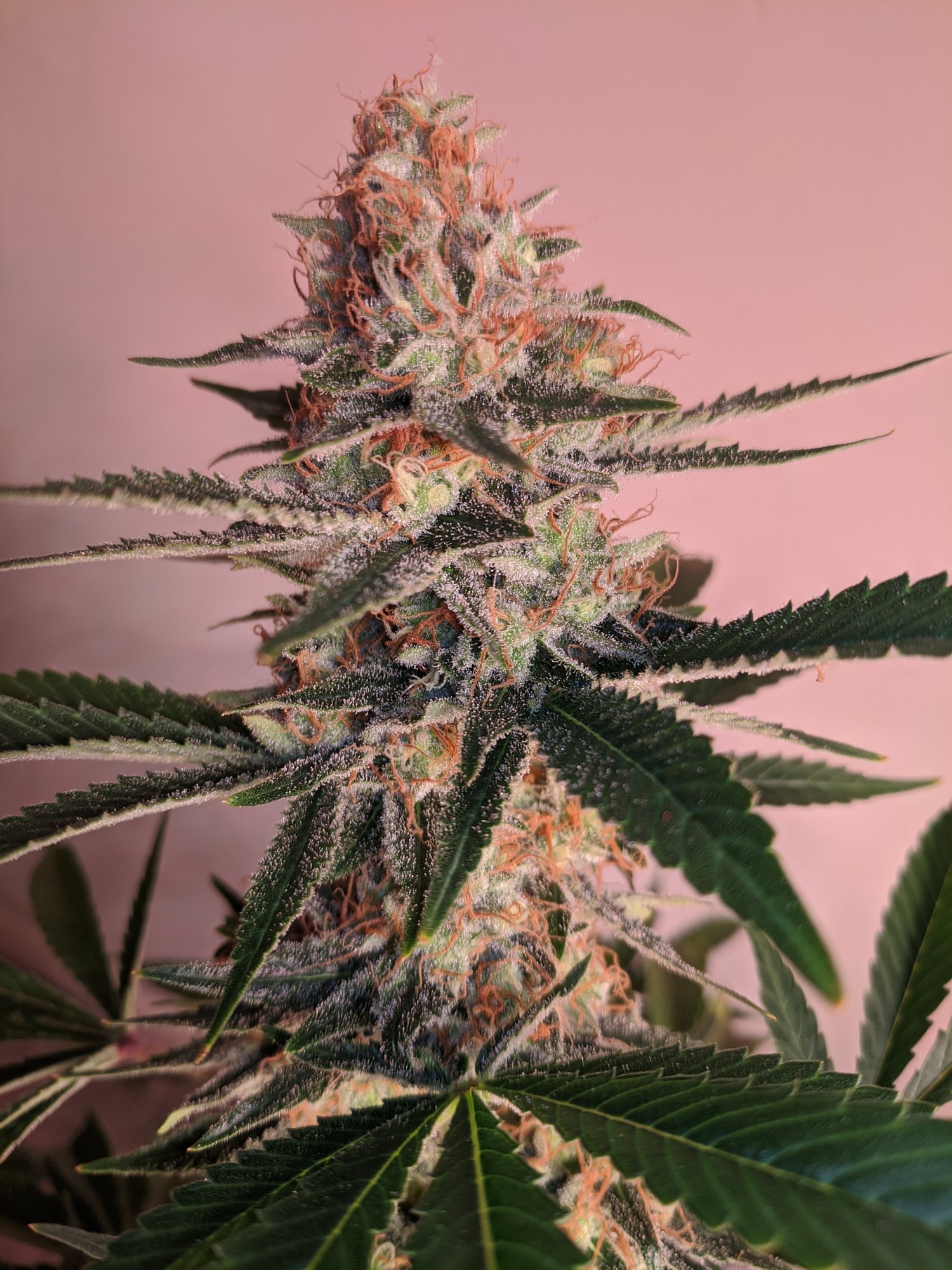 Hope mine looks that good in a couple more weeks

keep up the great work brother

I want to reveg her but also want to run her until harvest. Two more weeks I think. Hopefully she doesn't start fading too hard. 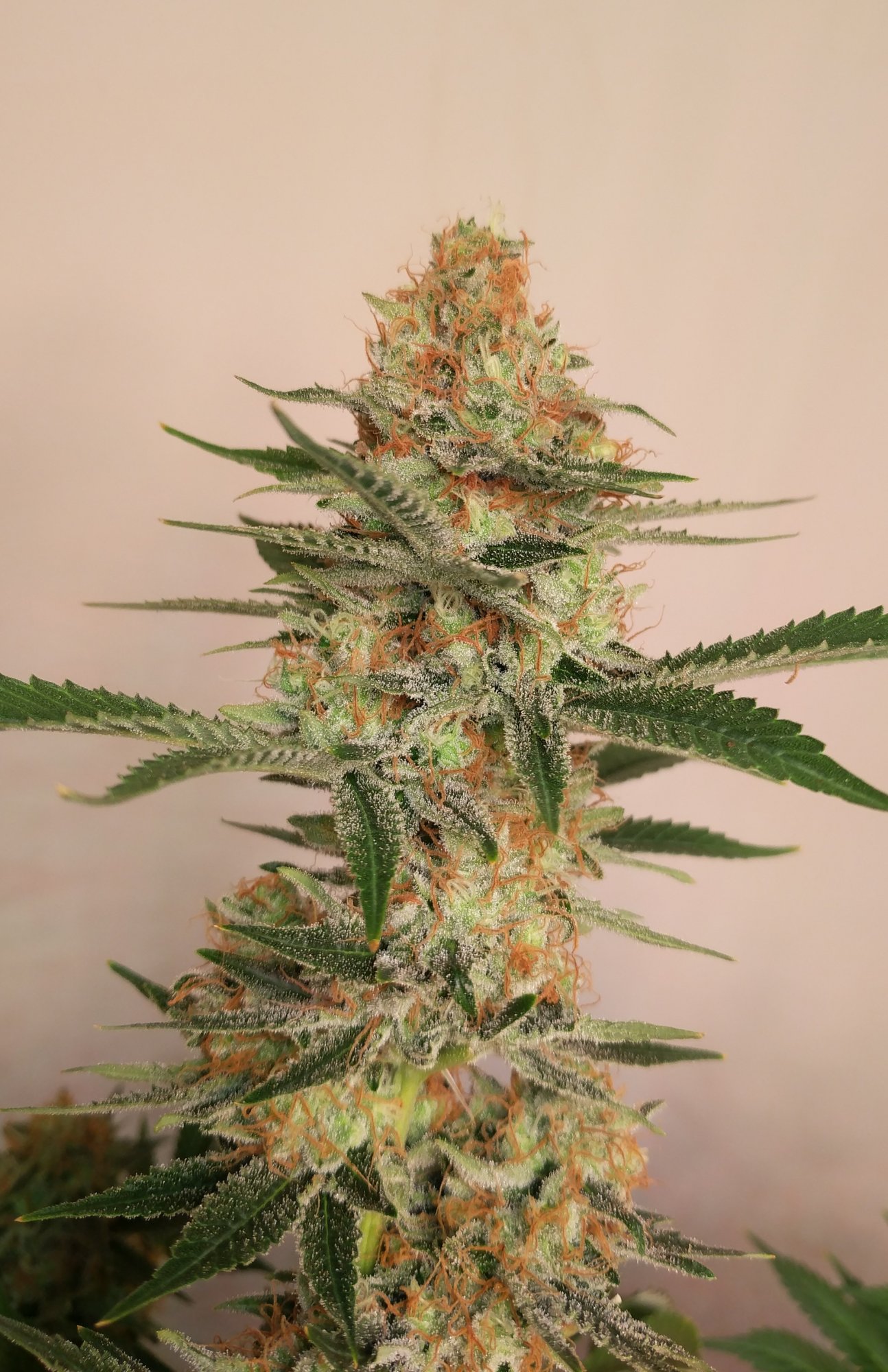 Homesteader said:
I want to reveg her but also want to run her until harvest. Two more weeks I think.

She's a real beaut Clark! How many weeks total flower? I know breeders say 10-11, but I feel like realistically 12-14 gives the end product most of us desire.

Nice quote Lazy! Yeah I think 11 weeks should be about right on this one but yeah overall every strain should be at least two weeks longer than the breeders say so it seems

The Amnesia is the only one standing now. Cut the others to make room. Disappointing phenotypes this round aside from the Amnesia but I've grown that before. She still pushing white out of the top. The laos are getting really big. one congo is happy but neither seem to like my soil as much. Hopefully as their roots get bigger. 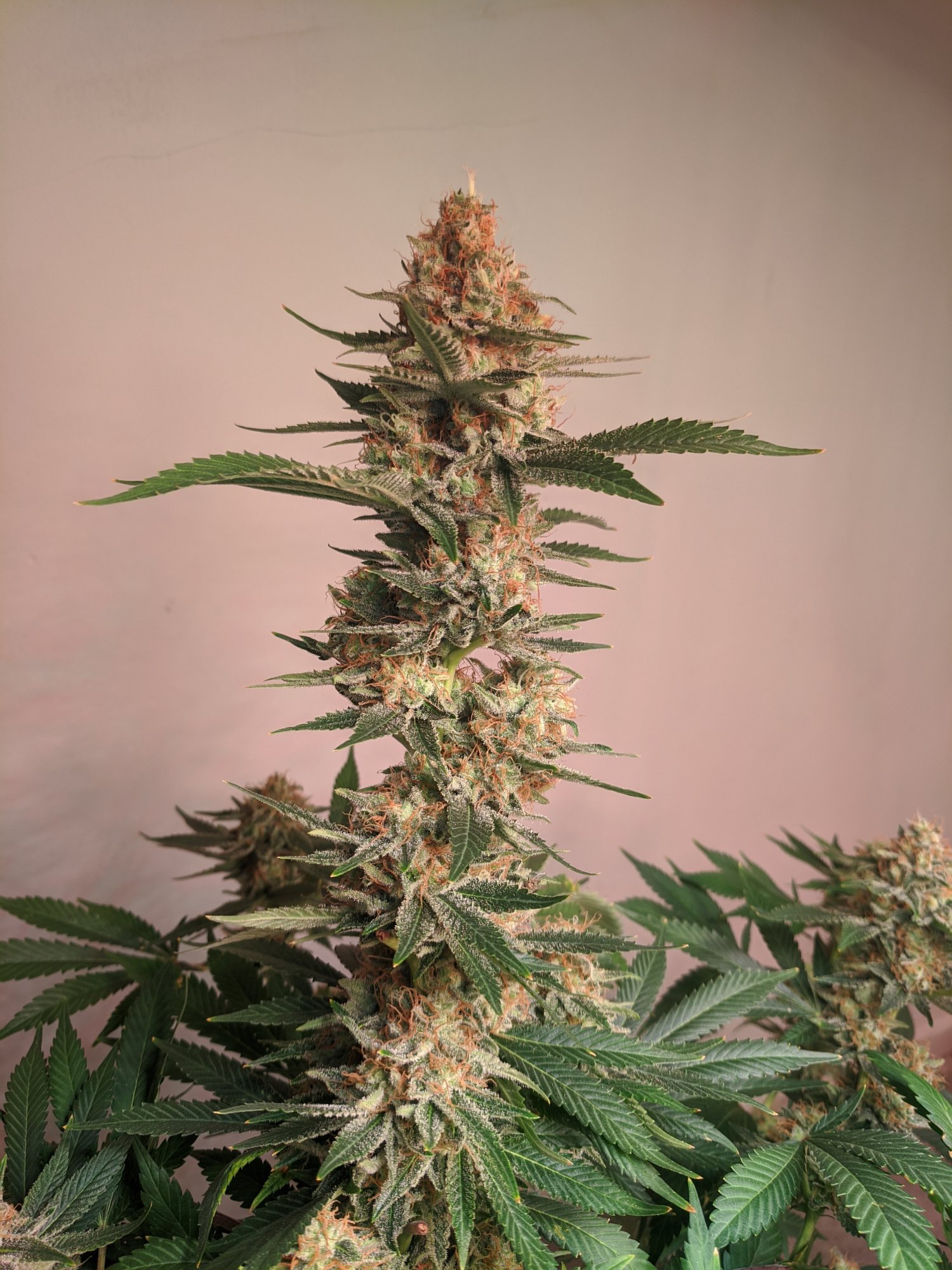 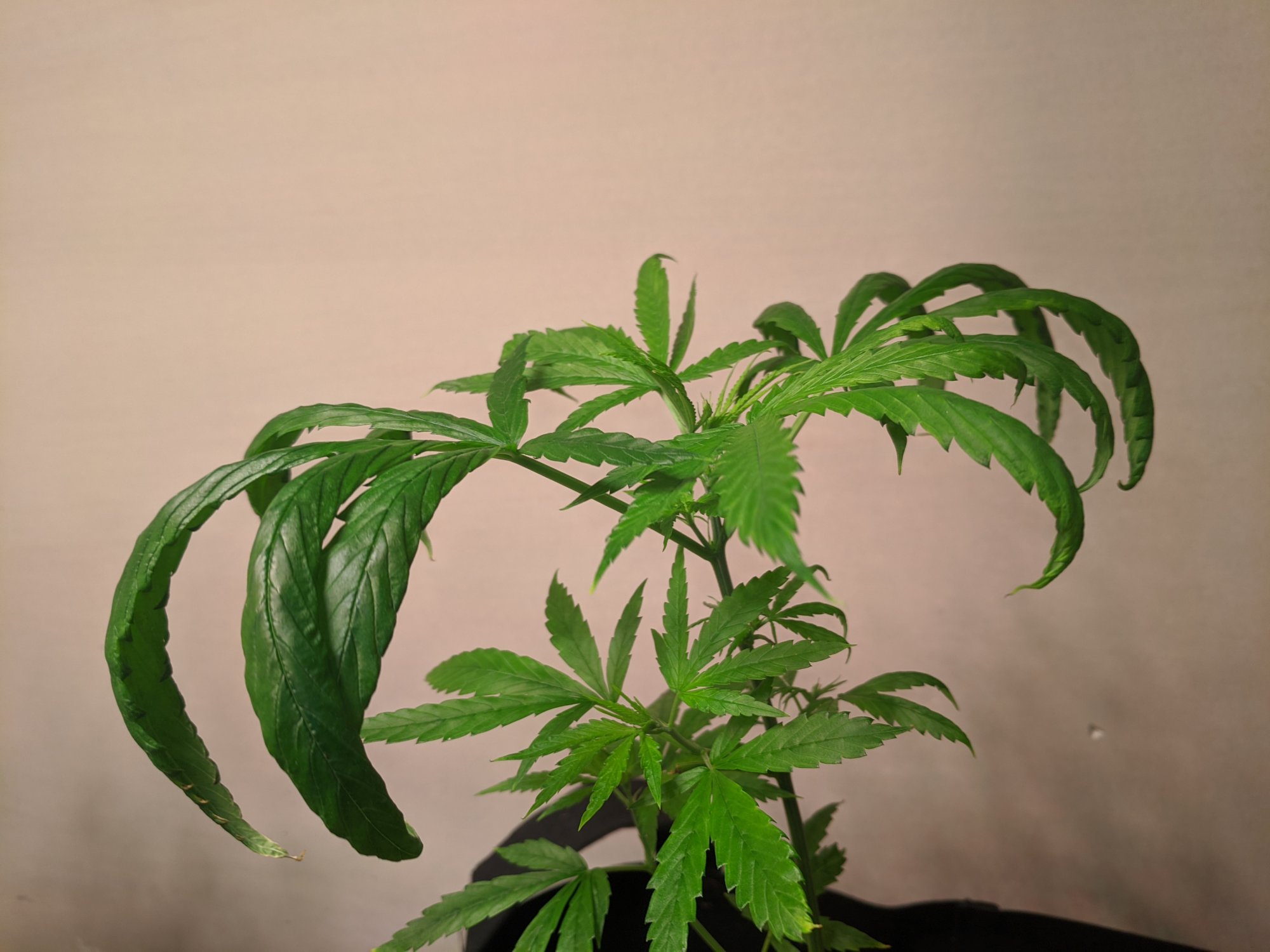 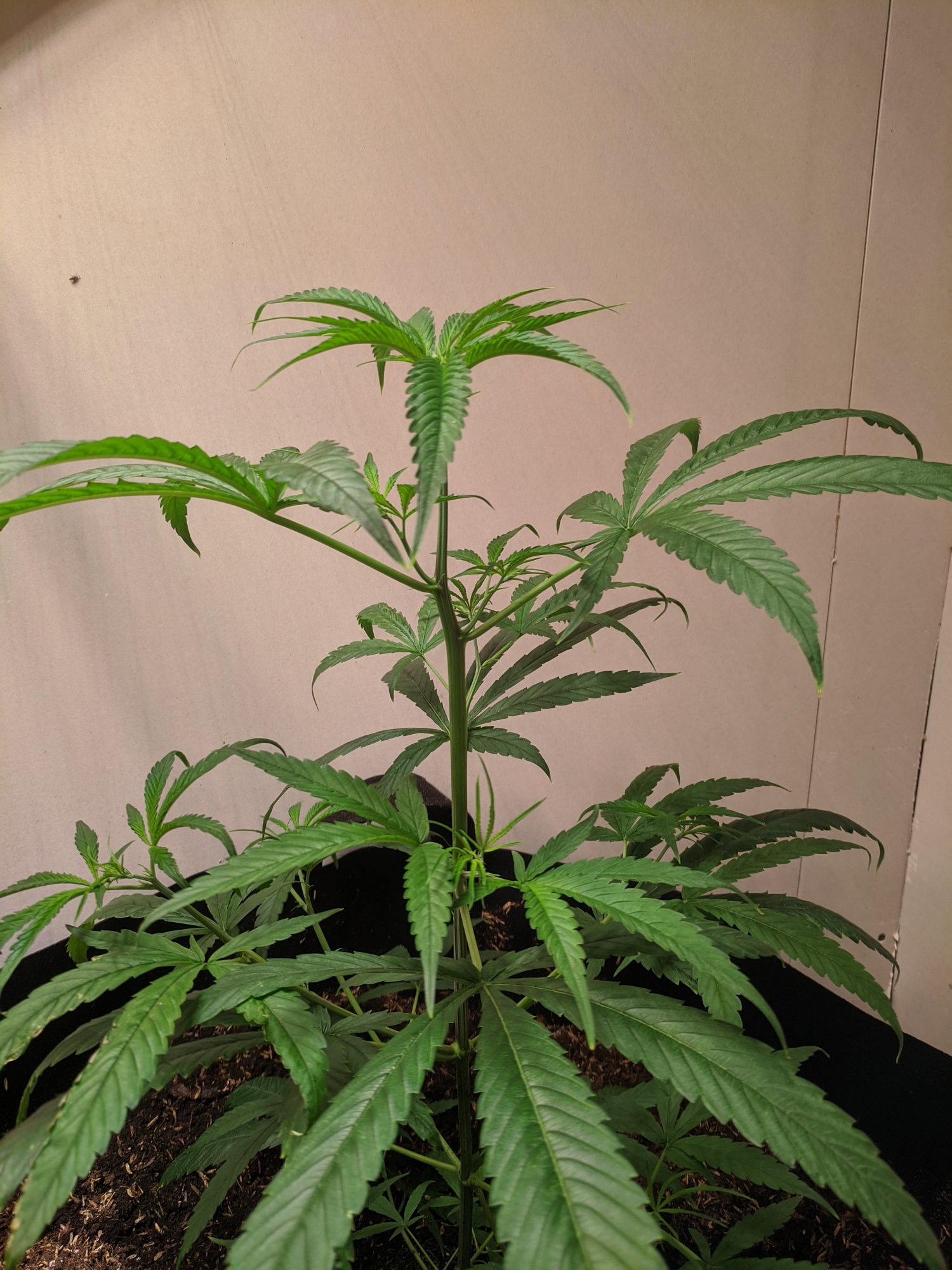 A few of the lao phenotypes on their second day of flower. One pheno is pushing massive fan leaves whole the others appears somewhat different. The congo is also with them along with wedding cake and laughing Buddha. Started some Malawi's and Uttarakhand's along with several blackjack seeds and a critical Kush. Had trouble with glue sniffer seeds but trying one again too. 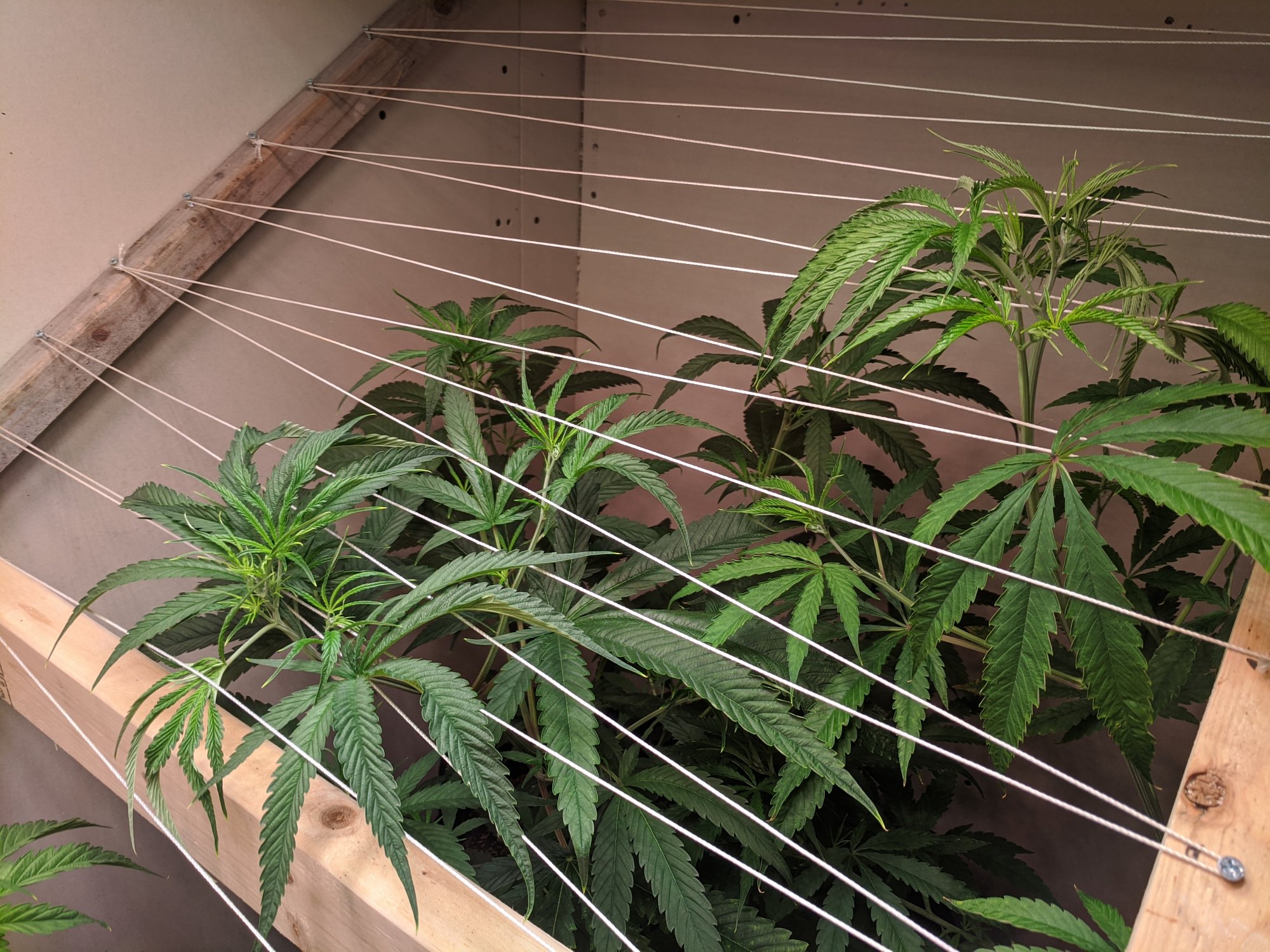 Found a male Lao to go along with several females. He is just waiting in the greenhouse for the ladies to get a bit larger. The Congo hasn't shown flower yet but I assume its going to be a female. 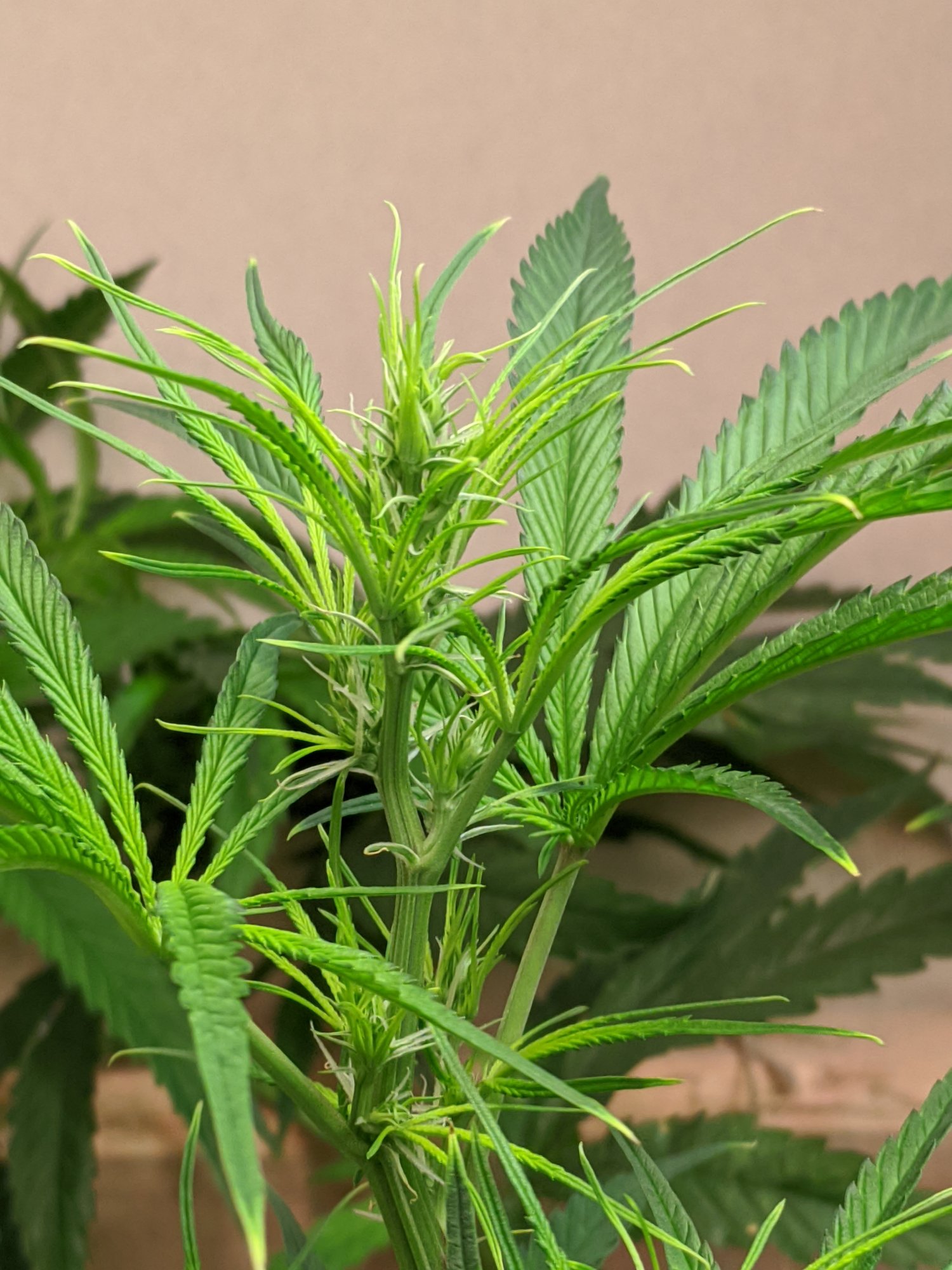 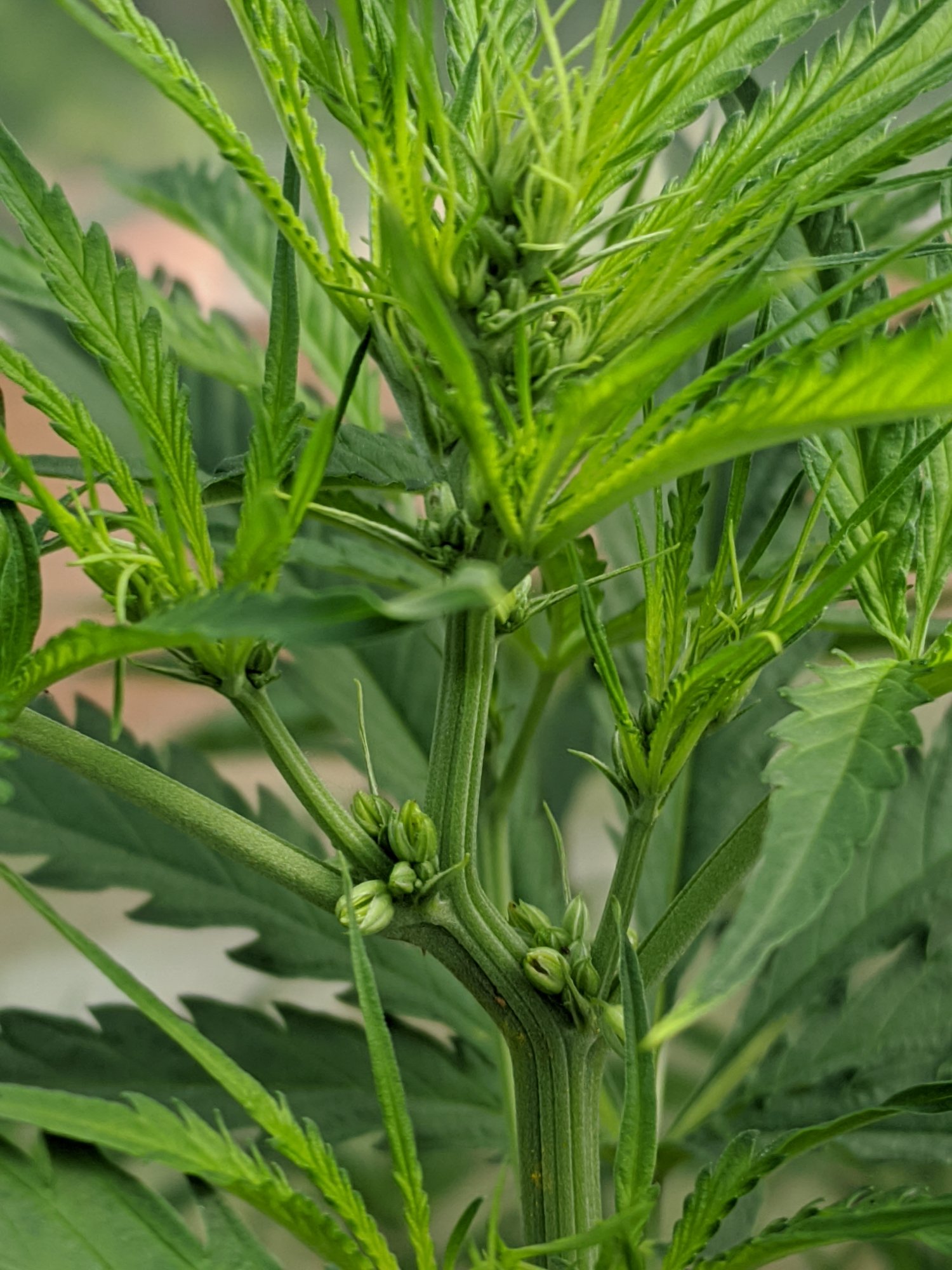 Forgot to mention as well that I killed the Amnesia pheno. I let it go too long and the roots died before going into reveg. Oh well another pheno hunt in the future. I think all I have left is Amnesia Haze though but that will be for a different day.

Waiting in the veg wings.

Pheno hunts on a IBL Malawis and a landrace Himalayans from India.
Last edited: Jul 1, 2021
You must log in or register to reply here.

Clean Growroom and Plants from Hermaphrodites