A Kiwi grandfather is home after 12 years in a US prison for running a global drug operation worth tens of millions of dollars. He and a fellow Kiwi smuggler turned informants to earn shorter sentences. Bevan Hurley reports. 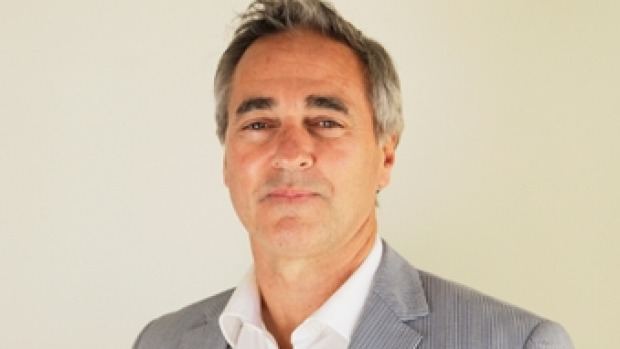 Patrick Bowler, 61, and Gregory Timewell, 65, pleaded guilty to conspiring to import hundreds of tonnes of marijuana and hashish into the US, a criminal enterprise of "mind-boggling" scale, according to their sentencing judge.

According to Court sentencing judgments, the pair and their co-conspirators controlled one of the world's most lucrative drug operations, which reportedly earned in excess of a billion dollars in the 1980s and 90s.

"They were close to the biggest in the world at the time, they were tremendously active and with organisations all over the world," assistant U.S. Attorney Burton Ryan said this week.

According to Tony Thompson's book Reefer Men the group of smugglers - known as The Ring - operated on such a vast scale that just one shipment was enough to lower the price of pot along the entire West Coast of America. Although neither Bowler nor Timewell is mentioned in the book, one of the men named in the book Thomas Sherrett faced drug charges that were dealt with alongside Bowler's charges.

According to the various judgments regarding the men's sentencing, and comments made by the district attorney, the operations involved smuggling high-grade hashish and marijuana from Afghanistan and Thailand into the rich markets of Europe and North America through the 1980s and 90s.

They record that along the way, that involved dealing with everyone from Taliban-connected drug dealers to shipping magnates.

But when Timewell was arrested in a sting operation in 1995, he gave up Bowler - and hundreds of others involved in the drug trade. His testimony led to more than 180 convictions and tens of millions of dollars in drug proceeds, much out of his personal fortune, being forfeited, court documents show.

The volume of hashish and cannabis he smuggled was "staggering" according to sentencing judge Thomas C Platt. "It's mind-boggling".

Court documents from the Eastern District of New York where he was prosecuted show Timewell's intelligence in the drug market was used by more than a dozen countries - including New Zealand - and caused a major dent to the global trade of marijuana.

Both men became informants, and according tothe Drug Enforcement Agency and submissions made at their sentencing they helped secure hundreds of convictions around the globe, and were commended for dealing a major blow to the global trade of drugs.

But the Court decisions record that their cooperation with authorities, which shaved decades off their prison sentences, came at a price - with dangerous criminals warning their lives would be in danger.

Bowler especially risked his life, secretly taping phone calls during meetings with drug dealers in South Africa, Thailand, Ireland and Holland, according to a transcript of his sentencing.

His DEA handler told a sentencing: "[Bowler] has been completely cooperative with our agency over the past years. Many times agents in foreign countries had to rely on his integrity to ensure their personal safety. At many junctures he could have walked away or arranged for his forceable escape and never did and he never did this."

He closes with: "His life will always be at risk."

Speaking about his experiences, Bowler said he and his fellow dealers had a code of honour, in that they were never involved in the violence that follows most drug crime.

Bowler added he had "paid my fine and did my time", and had lost a partner and been separated from his children and grandchildren during their formative years.

"What angers me is the hypocrisy of a society that imprisons people for selling and smoking weed, yet in 14 states of the USA it is now legal to sell marijuana and governments and people in those States are making millions of dollars from it."

Bowler lived in Europe for many years, and and was arrested in Switzerland in 1997 - jumping out of a window and breaking both his legs when authorities came to arrest him. He was eventually sentenced to 12-and-a-half years and released in 2010.

He returned to New Zealand and said he had been trying to rebuild his life.

When Timewell was arrested in 1995, he forfeited around $6m in drug proceeds.

He was released in December 2010 after being sentenced to time served for conspiring to traffic cannabis and for making false statements.

The smugglersspent their fortunes on fine art, luxury homes, and had millions of dollars hidden in bank accounts around the world according to court documents.

Detailing Bowler's undercover operations, the sentencing judge said the New Zealander had travelled at enormous personal risk around the globe - often while wearing a wire.

Burton Ryan also admitted he had respect for what the Kiwis had done - but said they had little choice. It was either cooperate, or spend the rest of their lives in prison.

"We ended a tremendous amount of drug dealing operations."

Timewell, who returned to New Zealand after being released from prison, changed his name in 2011. He set up a business with a family member in the United States, and listed his residential address in west Auckland, but has since moved on.

Their remarkable story is told today for the first time.

I knew Bowler growing up. I love weed and don't think drugs should be illegal but these guys were doing it all on behalf of their Hare Krishna guru Chris Butler.

The cult run by Butler forbid us to use weed, telling our parents we offend God and go to hell for smoking weed.

I doubt these guys even blazed up and I guarantee all the $,$$$,$$$,$$$.00 went straight to Chris Butler.
They did the time for him, and ratted out so heavily all the others because they look down on those outside the group, only loyal to their God, Chris Butler.

I'm not exaggerating, they worship him and I was taught to worship Chris Butler as a kid.

Patrick Bowler sent my family from NZ to USA to cook for the leader, he supported us for a whole year out there, giving my dad cash every week to cook for his master.

Article with myself by same reporter, tying Bowler to the cult

Patrick Bowler, upon getting out of prison, was rewarded for his loyalty by being put in charge of various NZ cult businesses.

He was/is the head of http://www.villagetaways.com/meet-the-team

But his info removed after articles came out. Kris Clements and Jiva Muncie are his sons and Satya Kinnon is his daughter, all work there, all cult members. So is George and Nimai, I grew up with them all.

My artwork showing Bowler, his drugs and cash, and the cult leader:

Cheers, this cult ruined my life and destroyed my family so the least I can do is expose them.

Keep growing, weed has helped me get out of that group and repair the damage done.
I love it.
R

Patrick Bowler back on top:
Another Butler cult company. His wife hosting, Bowler shaving in the mirror. His daughter is in there and filmed/uploaded by my childhood friend, his son in law Nimai Van Den Boss, all worship Chris Butler.
It's total mind control status in that cult, it's only just starting to come out.

Decades of secrecy starting to break.

Glad you made it out ok bro
R

Cheers OG! Appreciate it. I'm a Tuff Gong myself
You must log in or register to reply here.

How fast do organic fertilizers get broken up? (BioBizz)

Article: Scientists Did a Massive DNA Study on Global Weed Strains. Here's What They Found

Newbie grow story has me lmao