This thread was created so that anyone/everyone growing Pedro's offspring can post up the results...

Alright, chomping at bit to start this one out soon as the roots have met soil. Many thanks to Budgoodman for continually sharing, and spreading all the love, and for the very diligent work he's put into all of this... We truly appreciate you.

A little on the History here: others can share information as the thread progresses....
Pedro is the magnificent looking red Hash Plant (HP7) who's heritage has been living the OG life for some time.
The recipient was Guava Dawg in this case. (Many others still developing) Here is a vid of the successful pops... and now heading into solo cups. 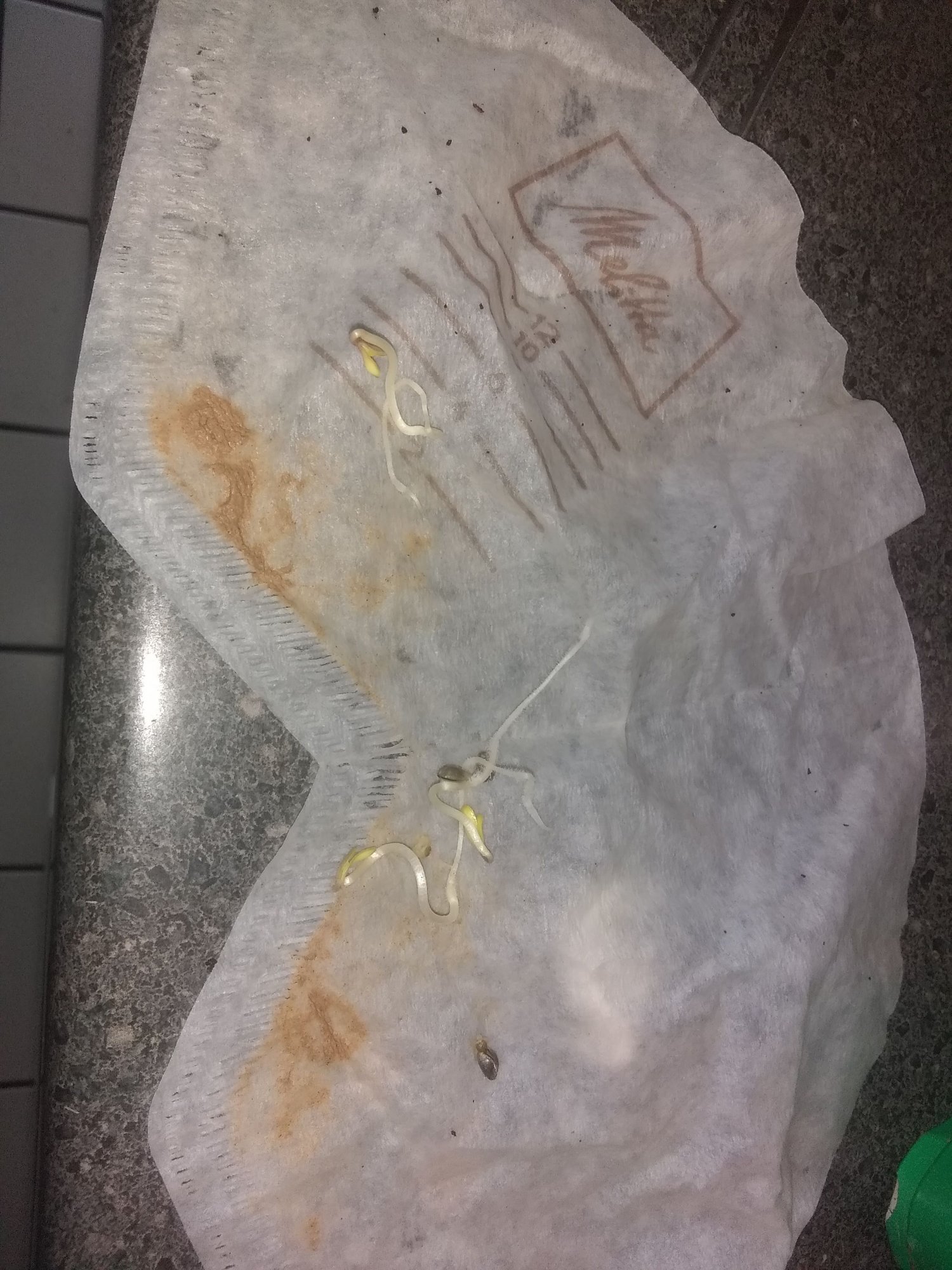 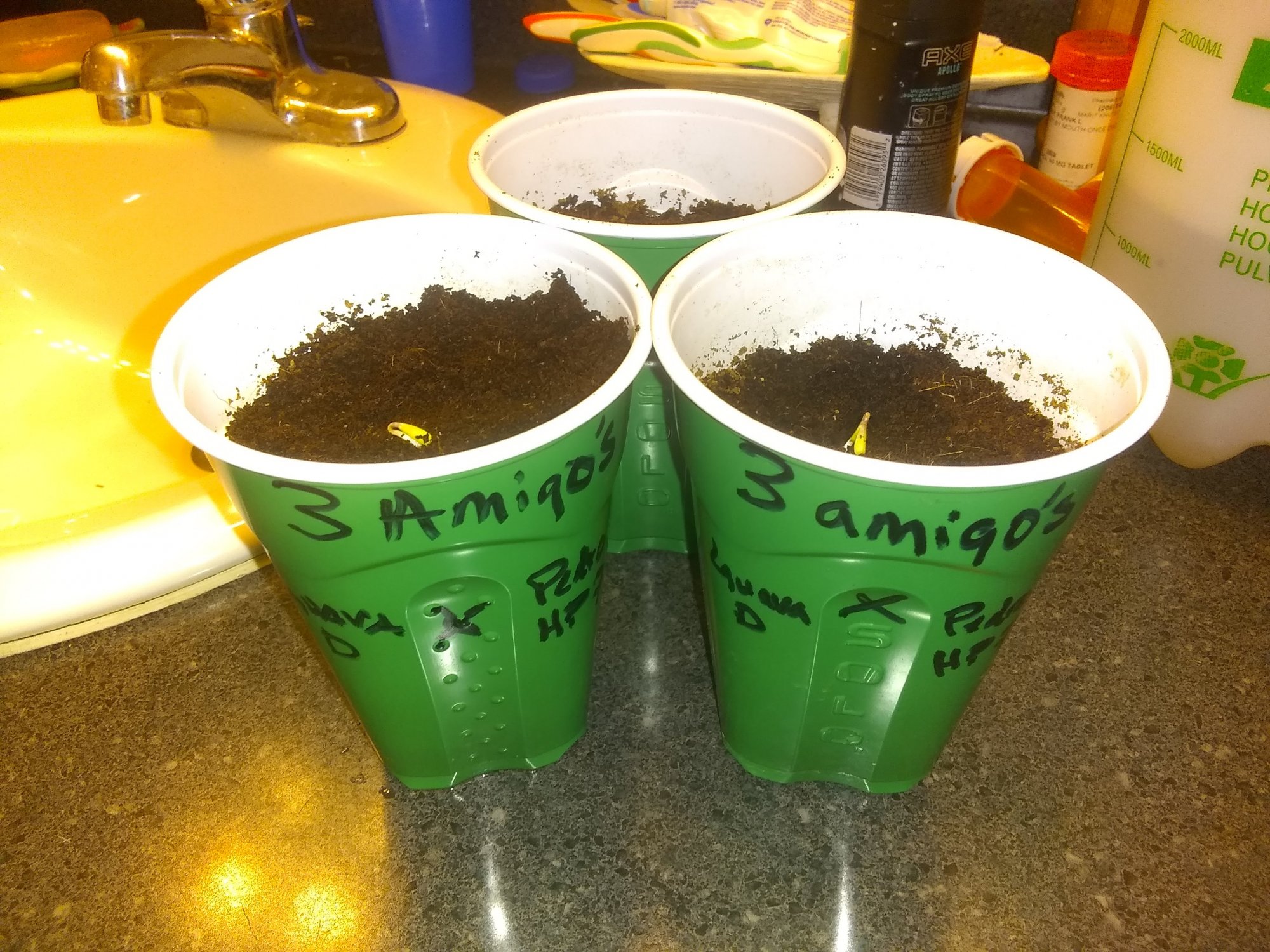 Subbed - Off to a great start, Happy to watch this one

Right on, Frank... Thanks for starting the thread.
For those interested, both the Guava D and HP #7 came from Top Dawg Seeds.
They are:

Frank, myself and a few other guys have put a few of these beans down early... Like early, early... Most are still on the vine!... So to speak. 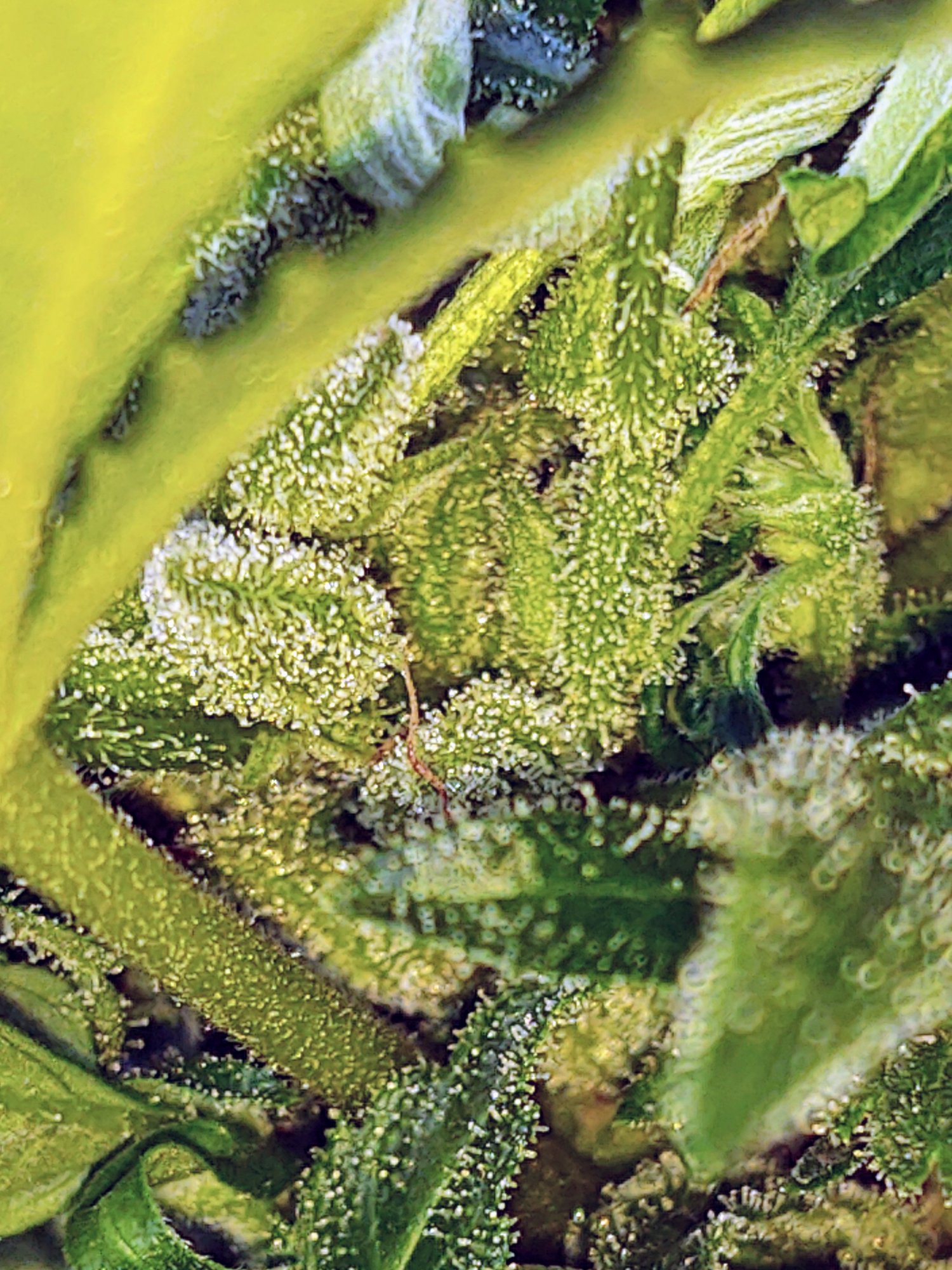 I have/had three sprouted, out in my "greenhouse", but managed to dump them over yesterday... and I had to replant them... Doh!
One came back up today 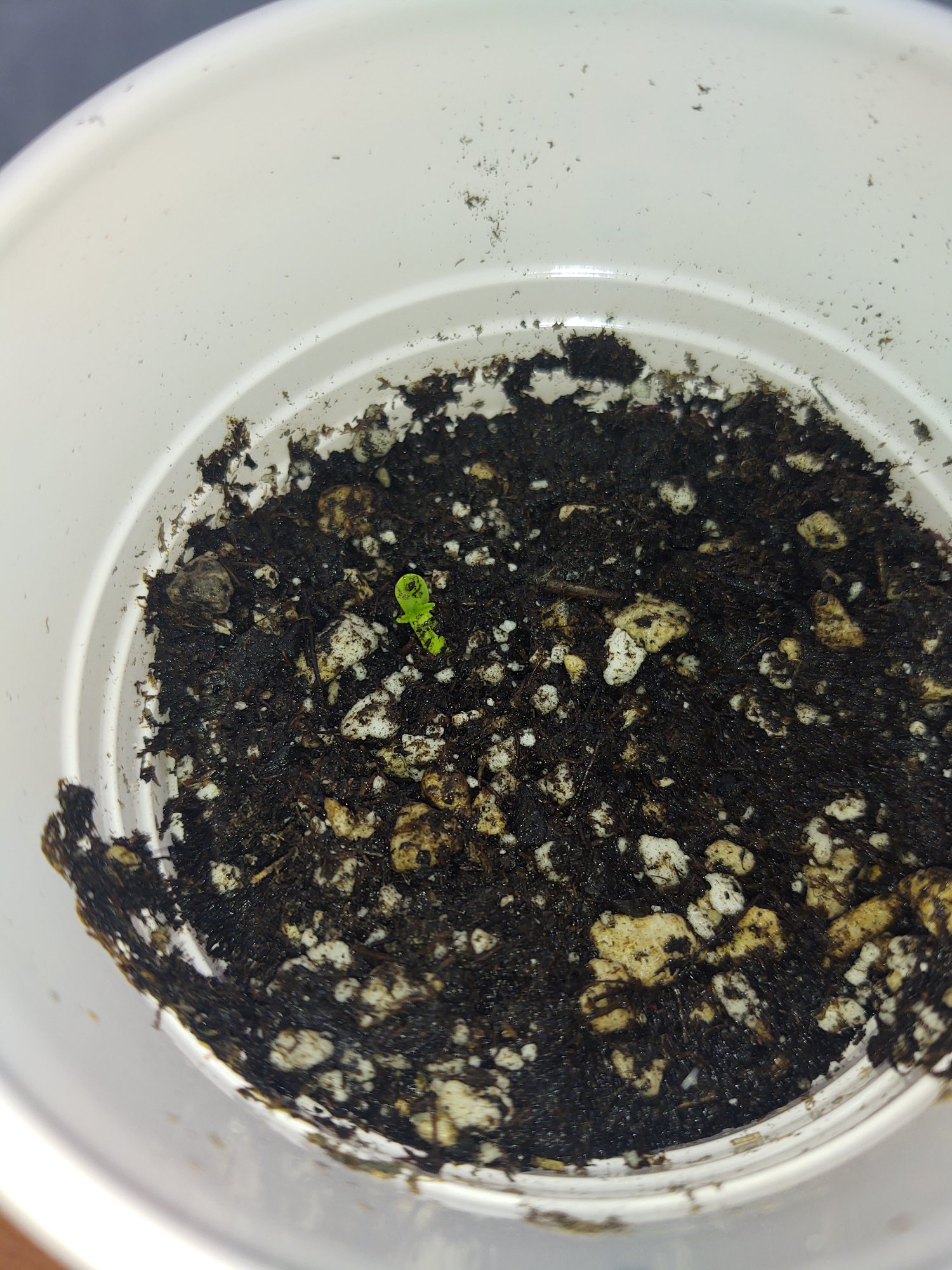 Fingers crossed the other two do the same in short order.

Screwed up the new veg light today by dialing it down on a rheostat, looks like I need a new power supply. Stupid me.
Using a small veg light for now, but I'll have to fix this today somehow. Might be hanging the SE3000 out of necessity. 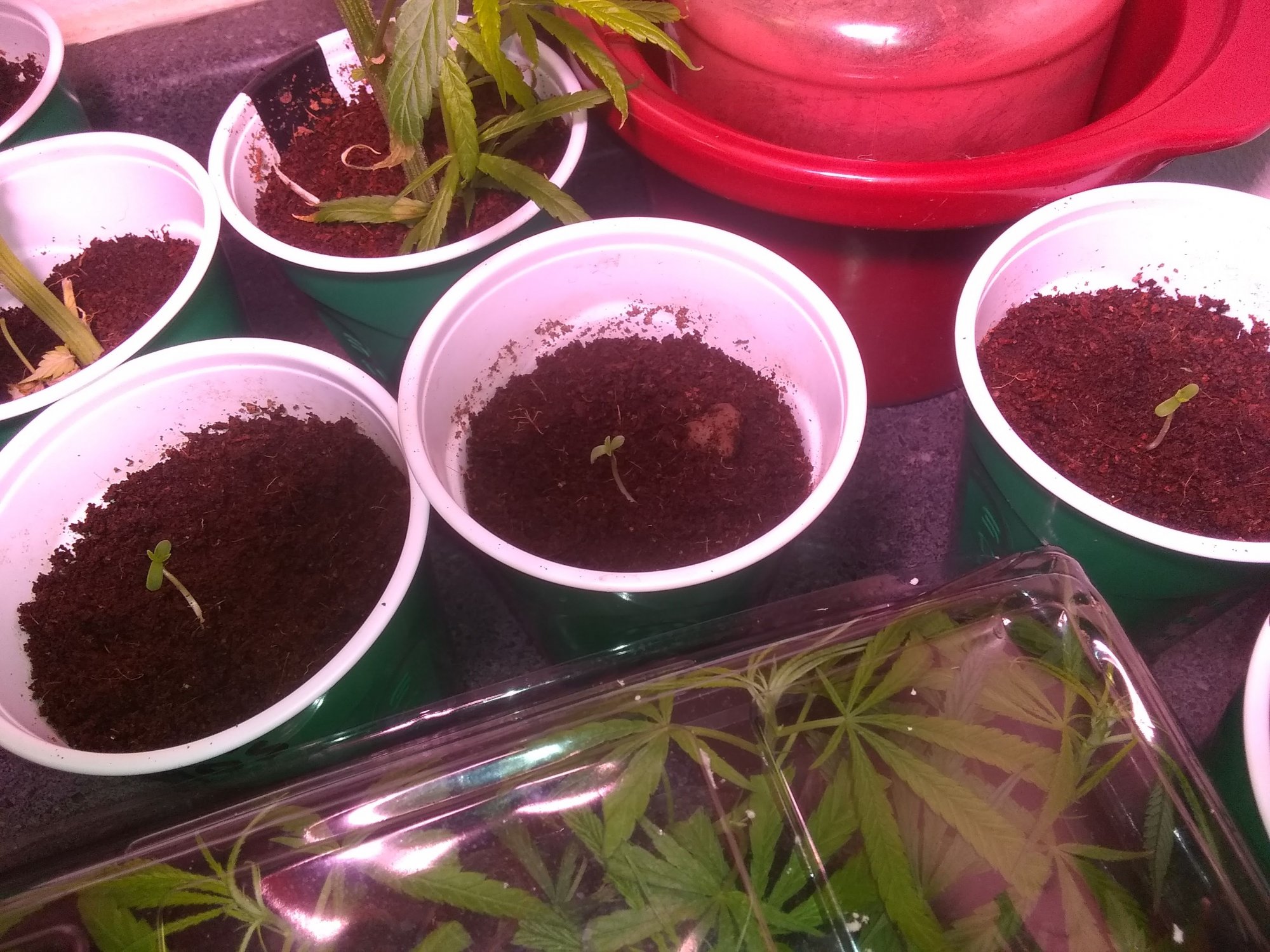 Can see the first set of real set of leaves emerging. Gave a small dose of growth factor (foliar) to bump the nitrogen a bit. 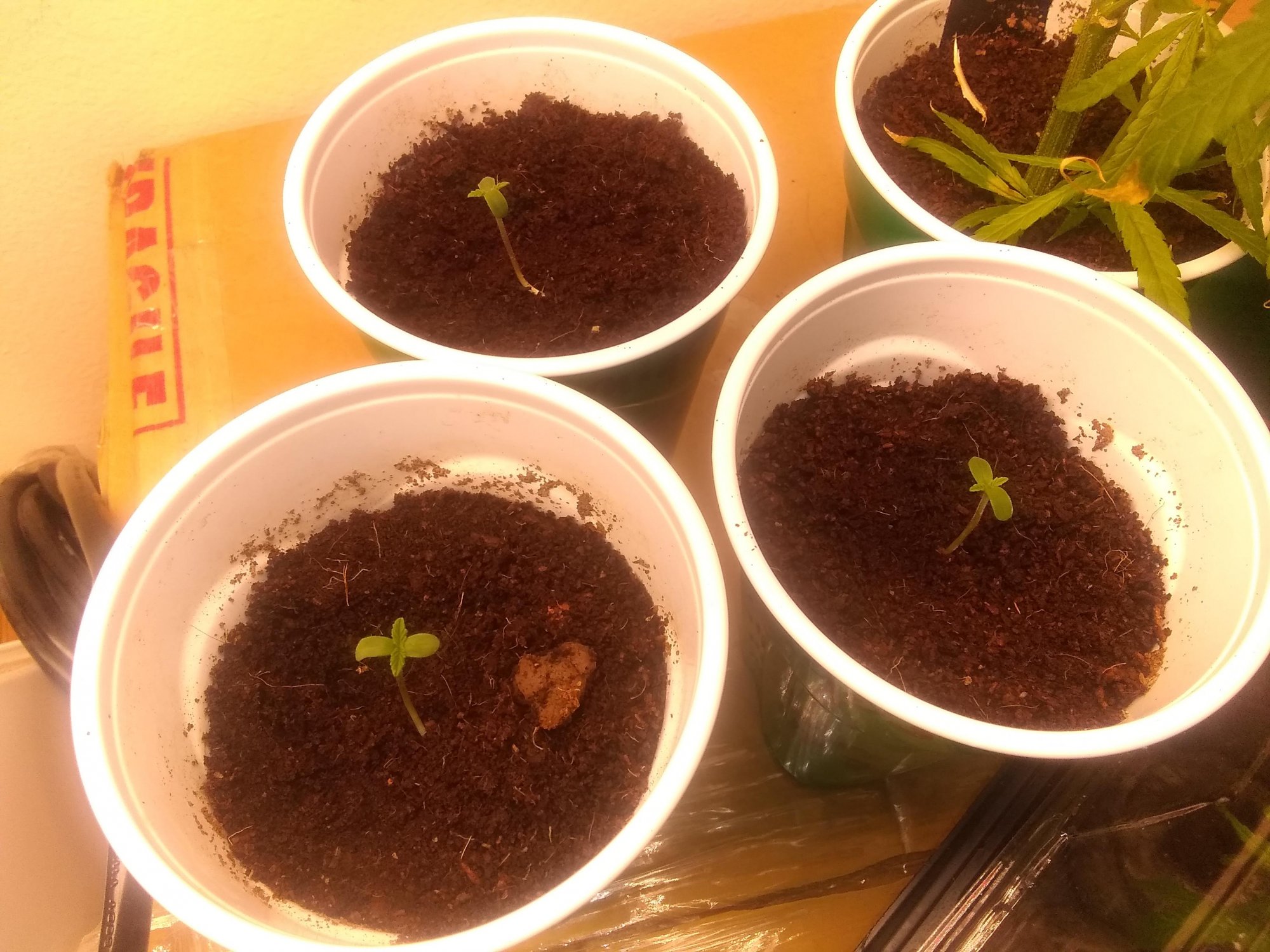 Not to be "that guy," but the female comes first in breeding so it's technically the Guava Dawg x Pedro project. Just sayin'.

Kanzeon said:
Not to be "that guy," but the female comes first in breeding so it's technically the Guava Dawg x Pedro project. Just sayin'.
Click to expand...

A friend of mine corrected me on that a couple of months ago lol. I was like thanks dude.

No longer have any editing power, so the title will have to stand. Sorry about that oversight.

Hey frank @1diesel1 should be able to help fix it

Frankster said:
No longer have any editing power, so the title will have to stand. Sorry about that oversight.
Click to expand...

I have one good one... The other two are goners. 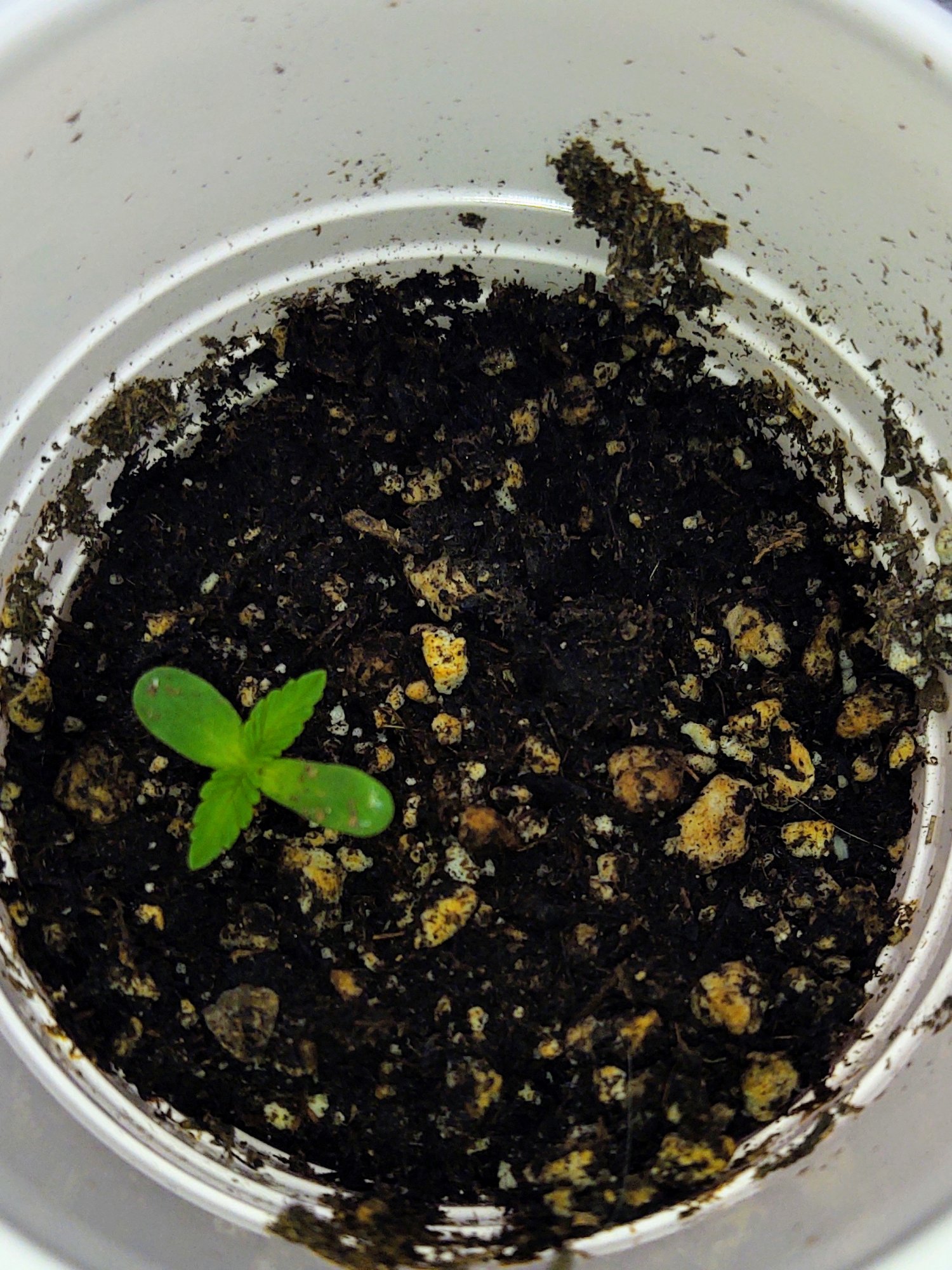 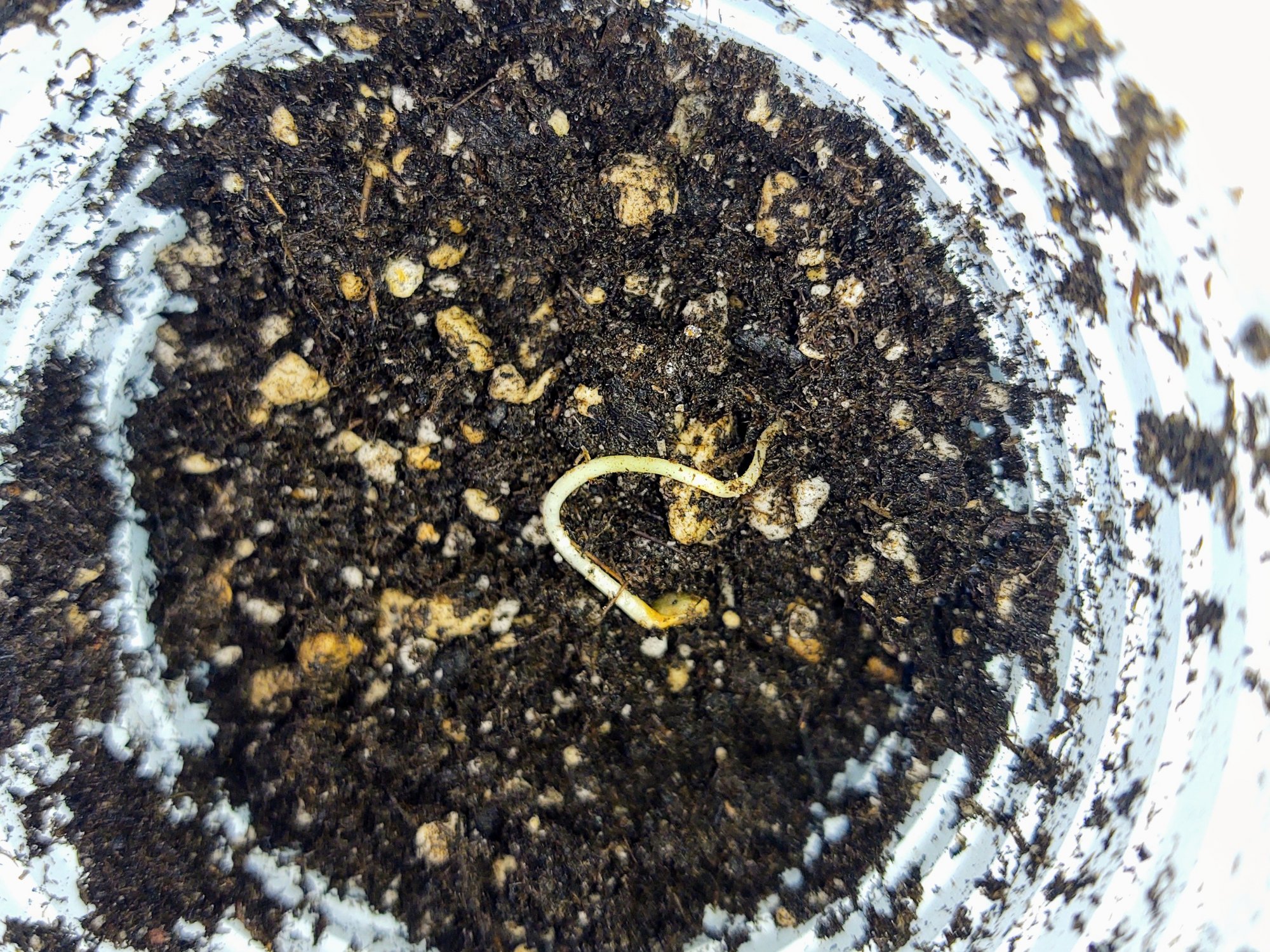 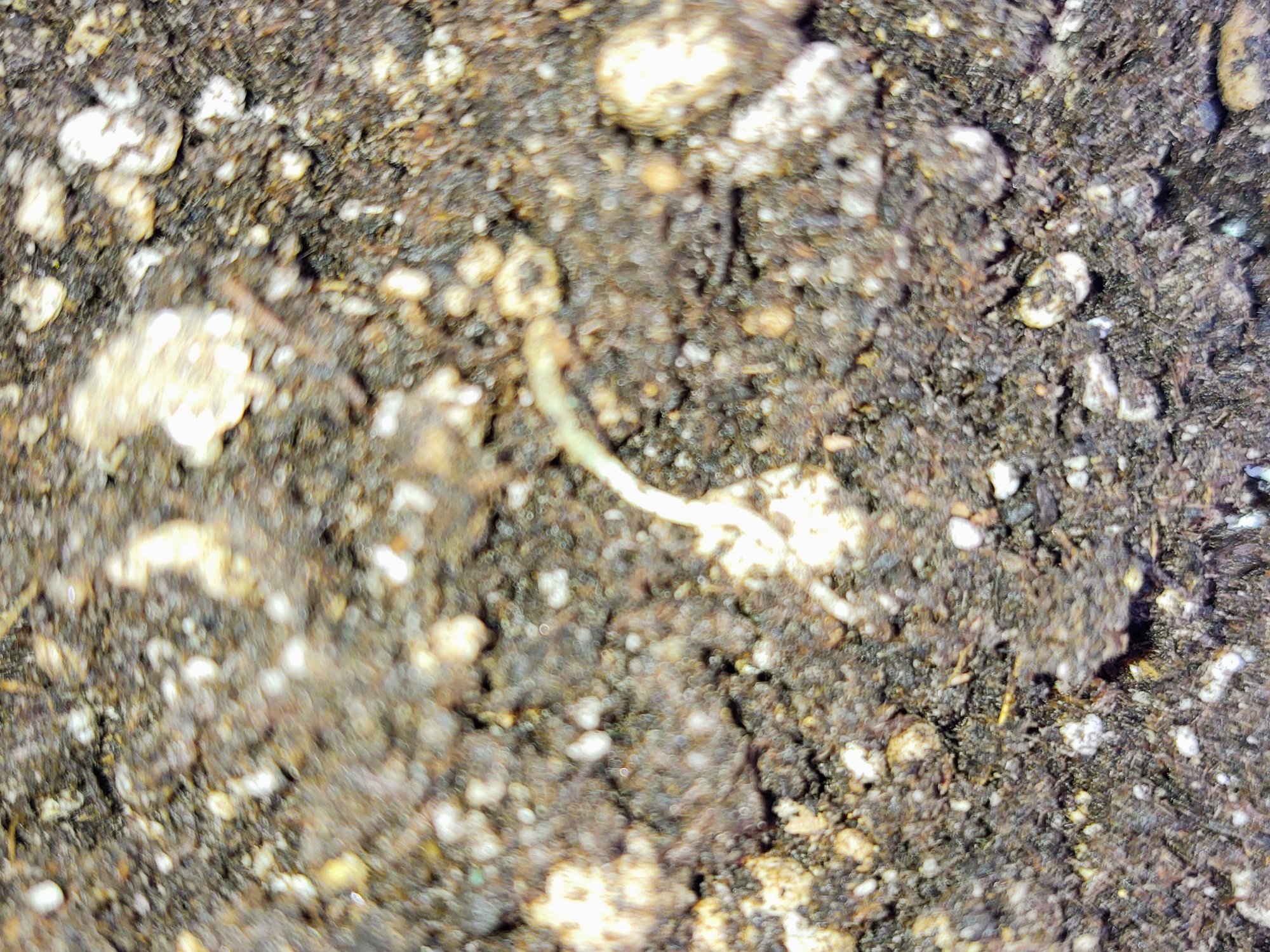 I put down ten more today. 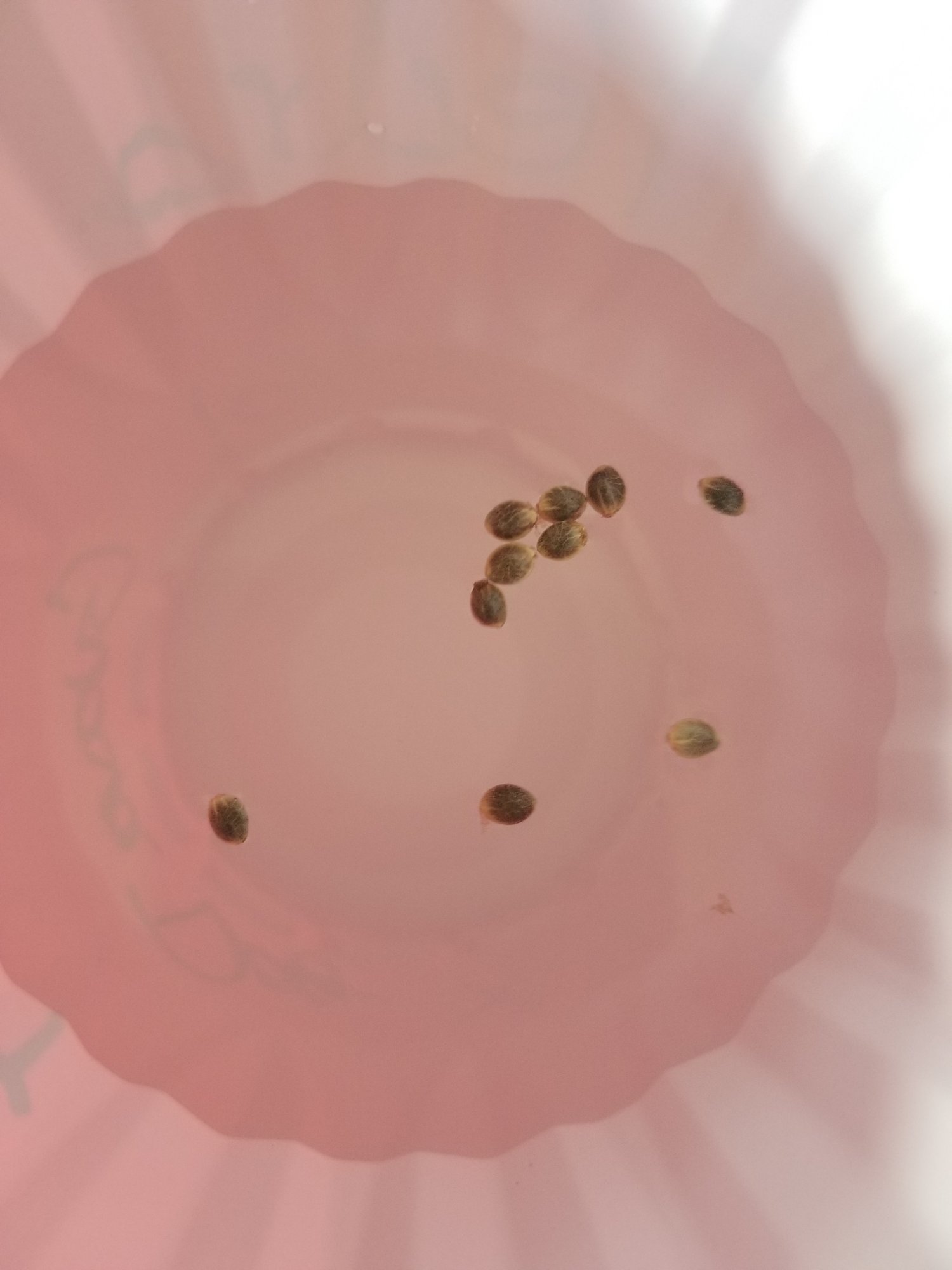 The extra time probably did them some good.

Hey bud what’s the lineage on the Pedro? Sorry if I missed it before.

Trustfall said:
Hey bud what’s the lineage on the Pedro? Sorry if I missed it before.
Click to expand...

Yah I was thinking the same. Hopefully we get a good germination rate with these 10 beans! I'm in the mood to shift through some phenos!

BudGoodman said:
The extra time probably did them some good.

Giving light nutes at this point. 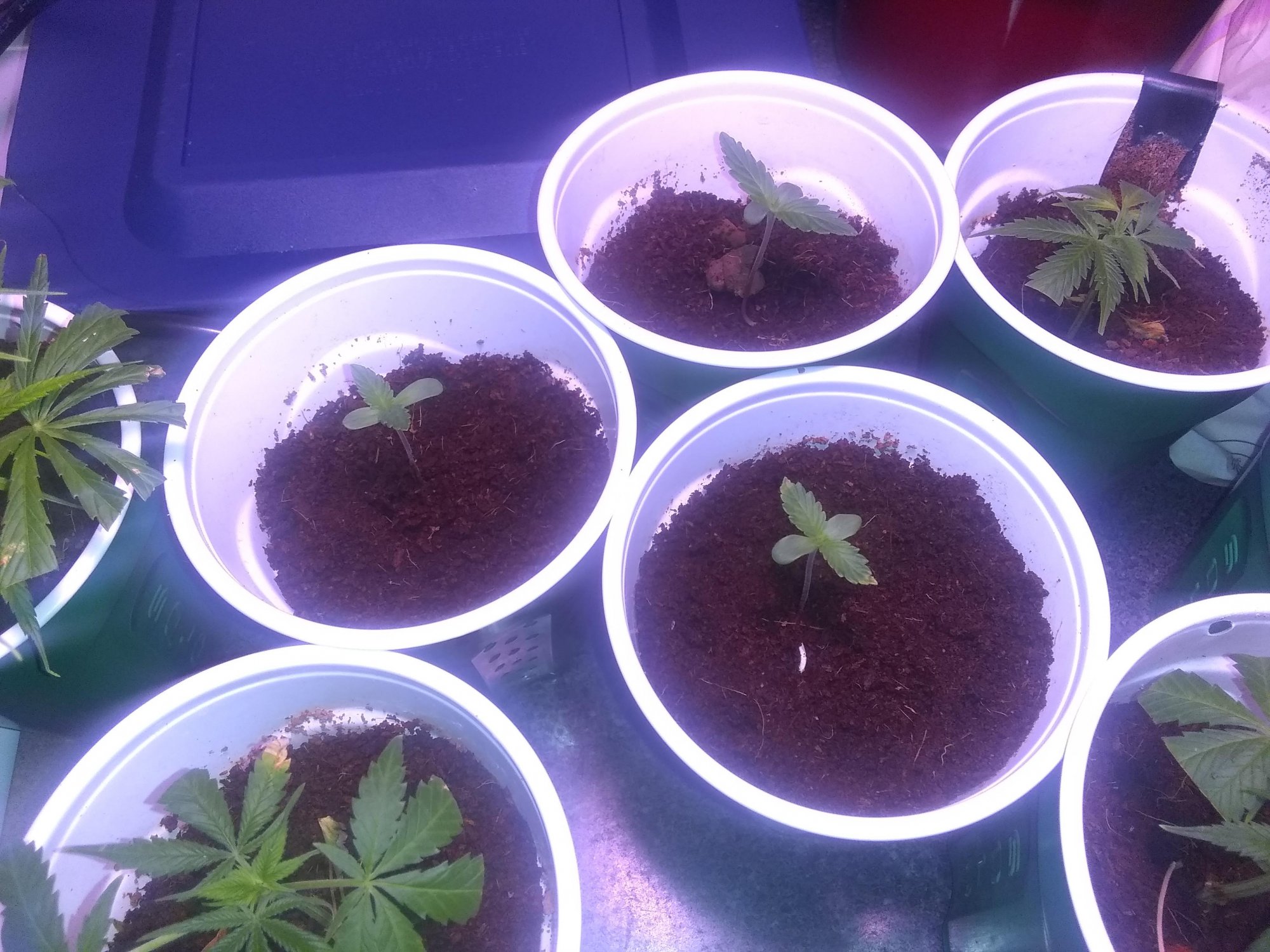 After about a 30 hr soak and a couple days in paper towels 5 of the 10 seeds have a tap root. I just put them in solo cups filled with sunshine #4, watered in some microbes via Recharge, & a dusting of VAM.
I'm not giving up on the 5 still in the paper towels but I wanted to get these in some dirt.
I'll keep you guy's posted.