Ladies were doing fine under the two LEDs until i saw a couple clover mites - treated them all week. Got rid of them. Caused no damage. Sure enough, this happens (see pics).

Its an all organic, no till style indoor grow.

My soil PH is really high so im feeding them a really low PHd water only.
But, doesnt really look like a Ph issue so im led to think i burnt them with one of the neem oil treatments ( but i doubt it cause i go light ) or the organocide treatment that i did ( which i also went light on and diluted ).
Or, is it light bleaching? But it doesnt look like it cause its not just the top of the canopy thats looking like that and some of the plants arent even really looking like that.
Or, is it heat stress? Woke up yesterday morning and the tent was at 107F! New AC exhaust wasnt placed out of the tent cause i didnt know better. Brought everything back to normal quickly but the tent got that hot over night so idk. Maybe just heat stress.
Or, is it a nutrient deficiency? I amended the soil with sufficient amount of dry amendments and i do regular compost tea feedings.

Sorry for sounding scattered but just trying to catch you guys up.
Please get back to me soon - i dont wanna fuck up all 10 ladies i got goin Starting to think ive been underfeeding maybe? i normally let the pots dry out a lil each day to help prevent pests. But ultimately - i have no clue

Looks like nute burn, but I see white spots on them also.

What nutrient deficiency do you think?
The white stuff is DE (diatomaceous earth) - no white spots on them. Should’ve said so prior, sorry lol

just give it regular watering/feeding, for a little while, monitor its growth/recovery....give it as good growing conditions as you can....

Kampbe1l said:
just give it regular watering/feeding, for a little while, monitor its growth/recovery....give it as good growing conditions as you can....
Click to expand...

Doing exactly that !
Definitely not a pest issue so we can rule that out - just used an Hot Shot No Pest Strip and it killed EVERYTHING even my earthworms (ill be buying more to replace).
Also defoliated all affected growth so, we’ll monitor new growth as it goes. Just have been feeding filtered water with a low PH - soils getting more stable. Ladies are growing faster forsure.
Will be updating as time progresses. Its funny but, i literally ran into every problem possible my first grow. But, atleast i wont experience any of this BS again & when i do, ill know exactly what to do

needshelpguy said:
i would just feed water like previously stated it looks overfed for sure
Click to expand...

So weird too because i mix my own soil mediums & hardly added in any dry amendments. Only thing i feed with water ever so often is molasses & liquid kelp (seaweed) .... come to think of it - looks like nitrogen toxicity

SolGarden67 said:
So weird too because i mix my own soil mediums & hardly added in any dry amendments. Only thing i feed with water ever so often is molasses & liquid kelp (seaweed) .... come to think of it - looks like nitrogen toxicity

Im not too sure what it is it just looks burnt from nutes as nute burn starts at tips and they look burnt where as deffiency's usually are like a colour change or more on the leaf rather than the look of burnt tips. I'm no pro though so unsure

how are they looking now? over a week since last report, just curious as to where it's at. should be showing signs of recovery, no?

All is well guys! The girls bounced RIGHT BACK! They are very strong and super healthy - good progress has been made, for sure.

As far as what I did:
- Dialed in my environment (AC exhaust vent OUT of the tent

)
- Bombed the tent with a No Pest Strip to kill off most mites that were present at the time (I believe they came inside from bushes in front of our home. After observing entrance points, i noticed that these bushes had serious webbing on them & signs of mite damage. Then, noticed webbing around corners of front door entrance. I believe they were clover mites. The spider mites however came from some plant we bought from home depot, lol.)
- Treated all plants and entrance points with Horticultural oils, neem oil & essential oils every couple of days.
- Have been feeding them filtered water ONLY, without PH’ing (PH around 6 - doing this because the PH in my soil was nearly around 8)
- Also added some Soil Acidifer around the base of my soil to help bring the PH down even more
- After I left the NPS in the tent for 3 days, i bagged it up & let the air cycle out of the tent
- Amended my pots some days later with worms, again, due to the NPS pretty much killing all of them
- Added beneficial nematodes into soil
- Added ladybugs into the tent
- Consistently cleaned the tent as well - sweeping, vacuuming, mopping & wiping down frequently

Aside from that, ive just been keeping a close eye on them & really focusing on helping them flourish. Time & time again, I’ve been learning that less is more. Especially with an organic, no till grow.

Just after a week they started exploding & thats when i noticed how stunted they really were prior. After a couple weeks of just letting them do their thing, I micro topped and tied down some of branches cause the canopy level was getting out of control (the 6 ladies in the back / got the 3 in the front left to do).
Now that they’re growing as they should, im going to continue to veg them out for a month. Will introduce a SCROG net into the 5x5 area in about 2 more weeks. Once they start popping through the net vigorously, ill start supercropping the highest points and pushing them under the net. Ill probably tie a couple more branches down before putting them under the net too. 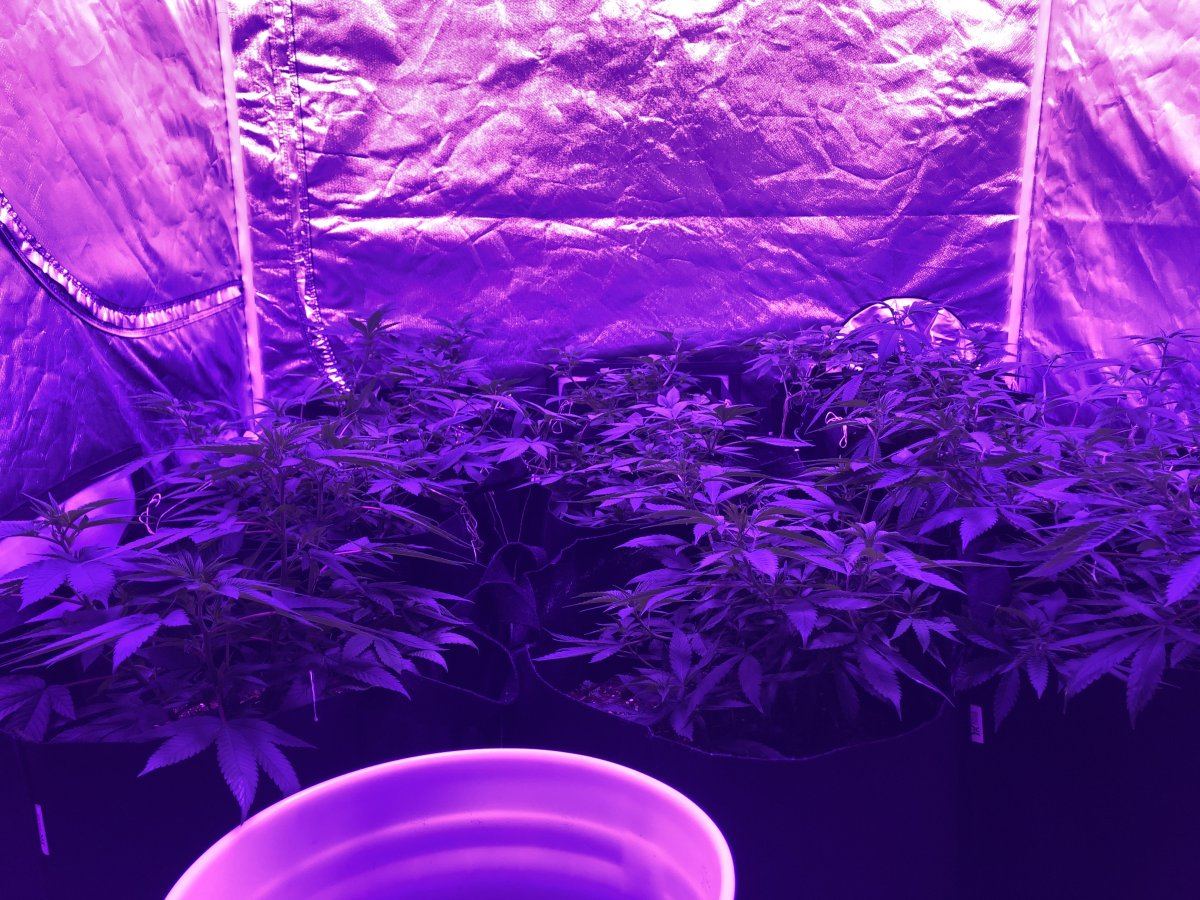 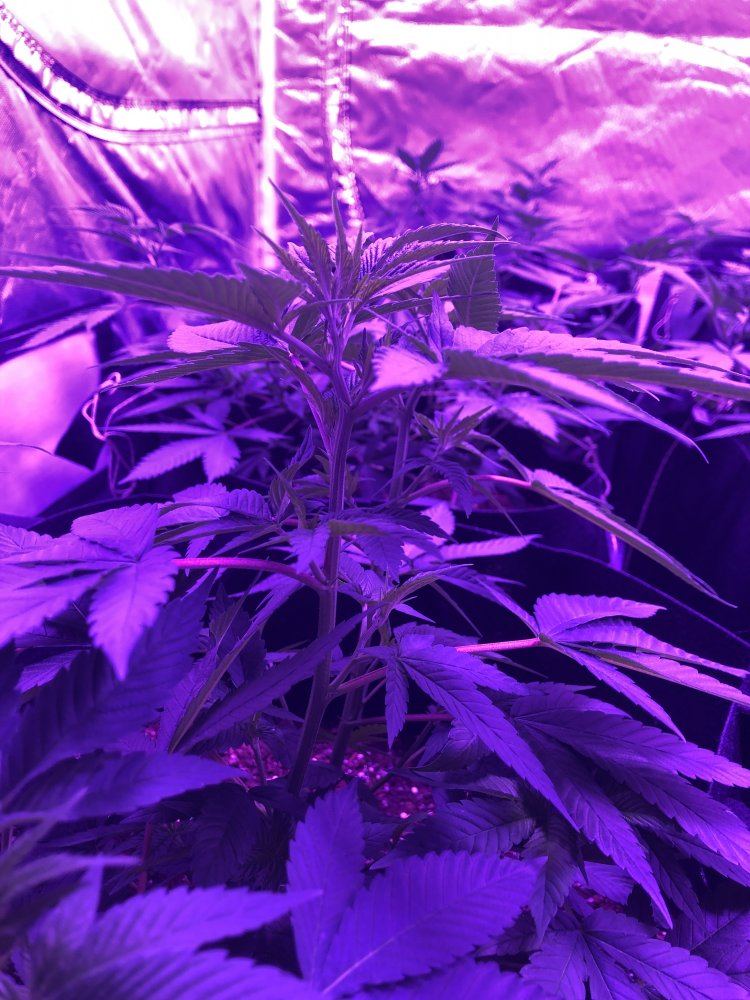 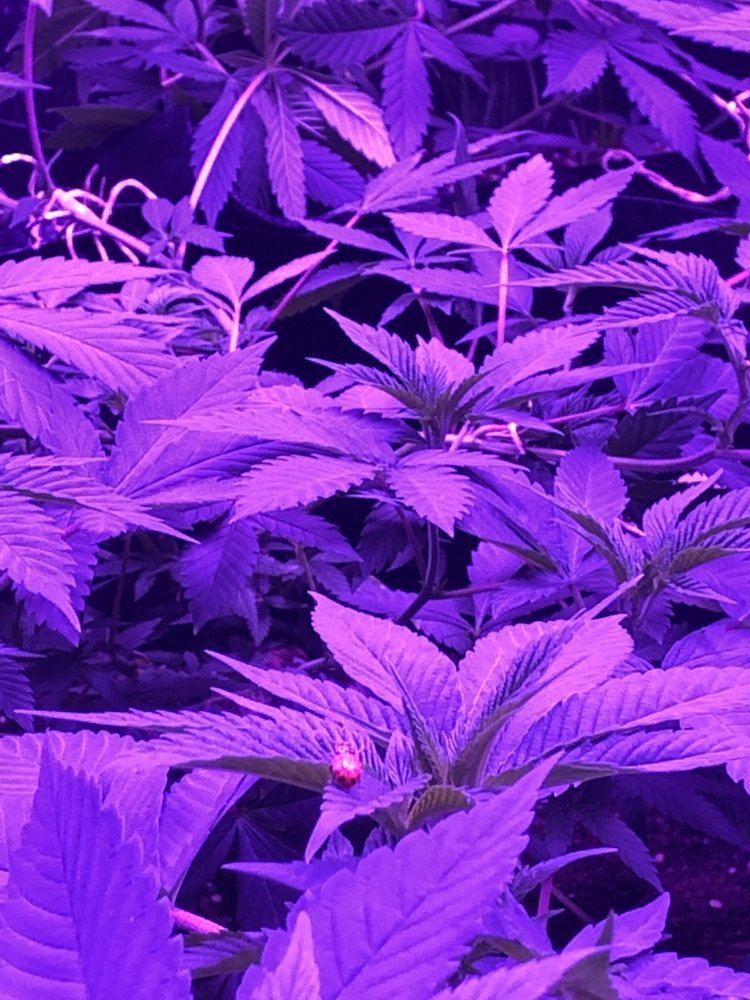 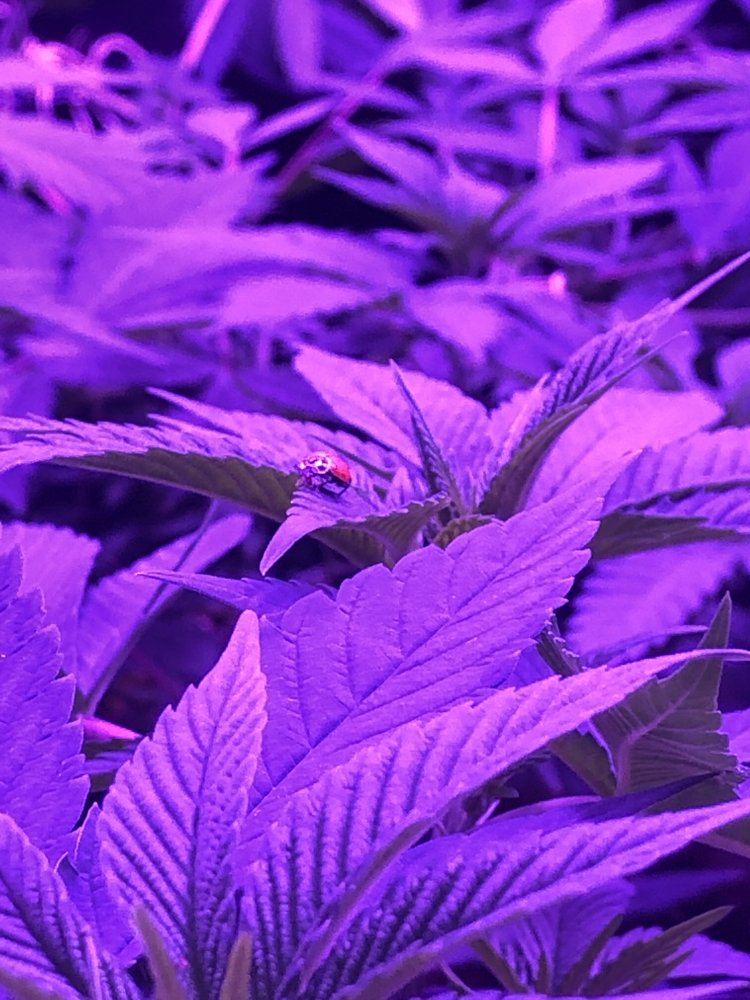 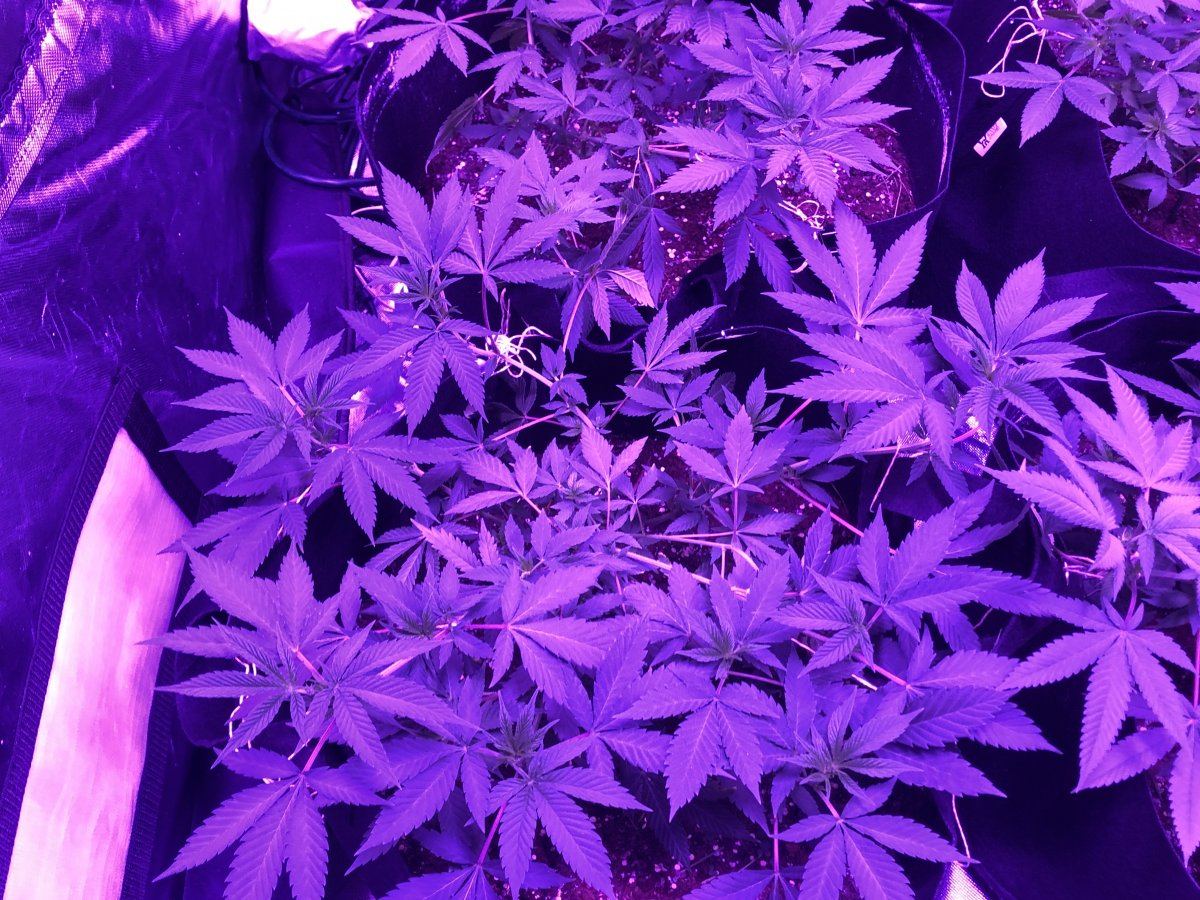 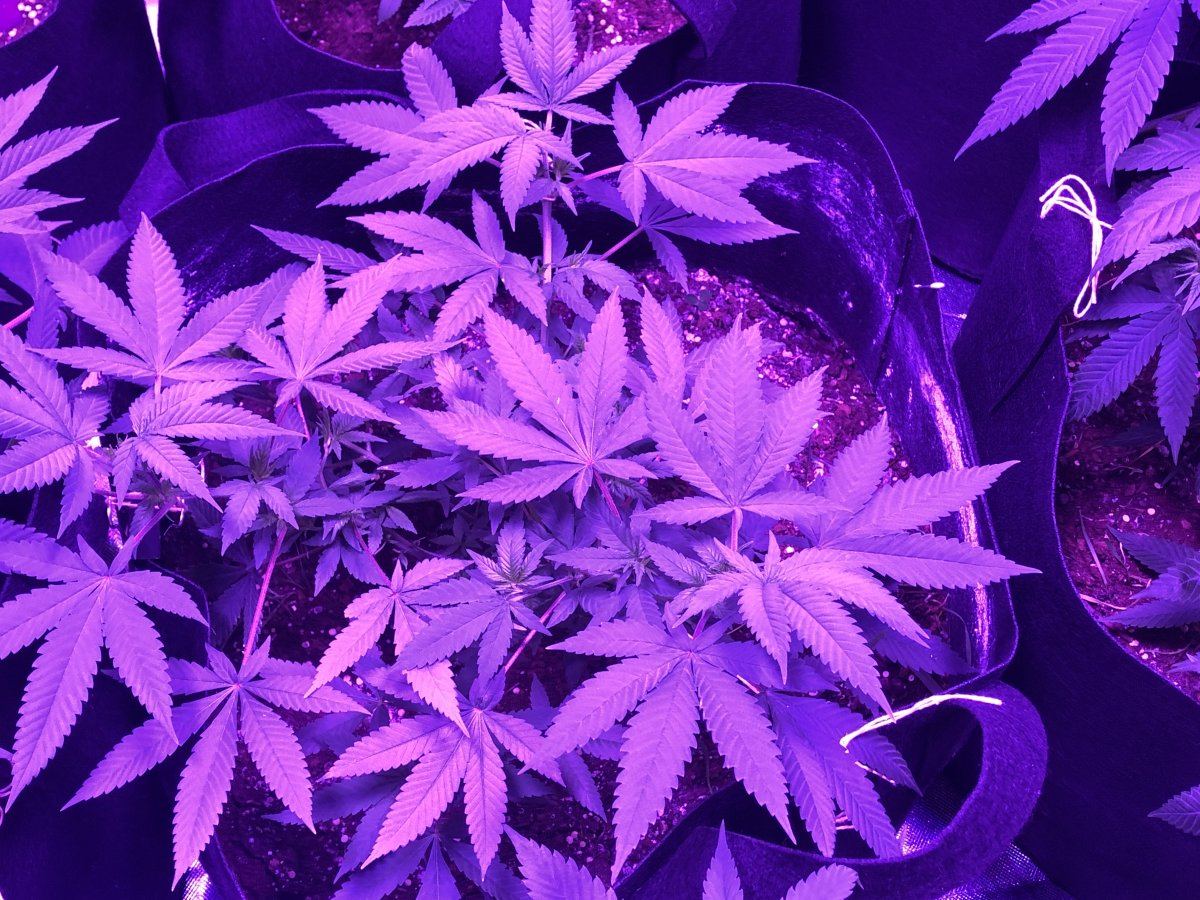 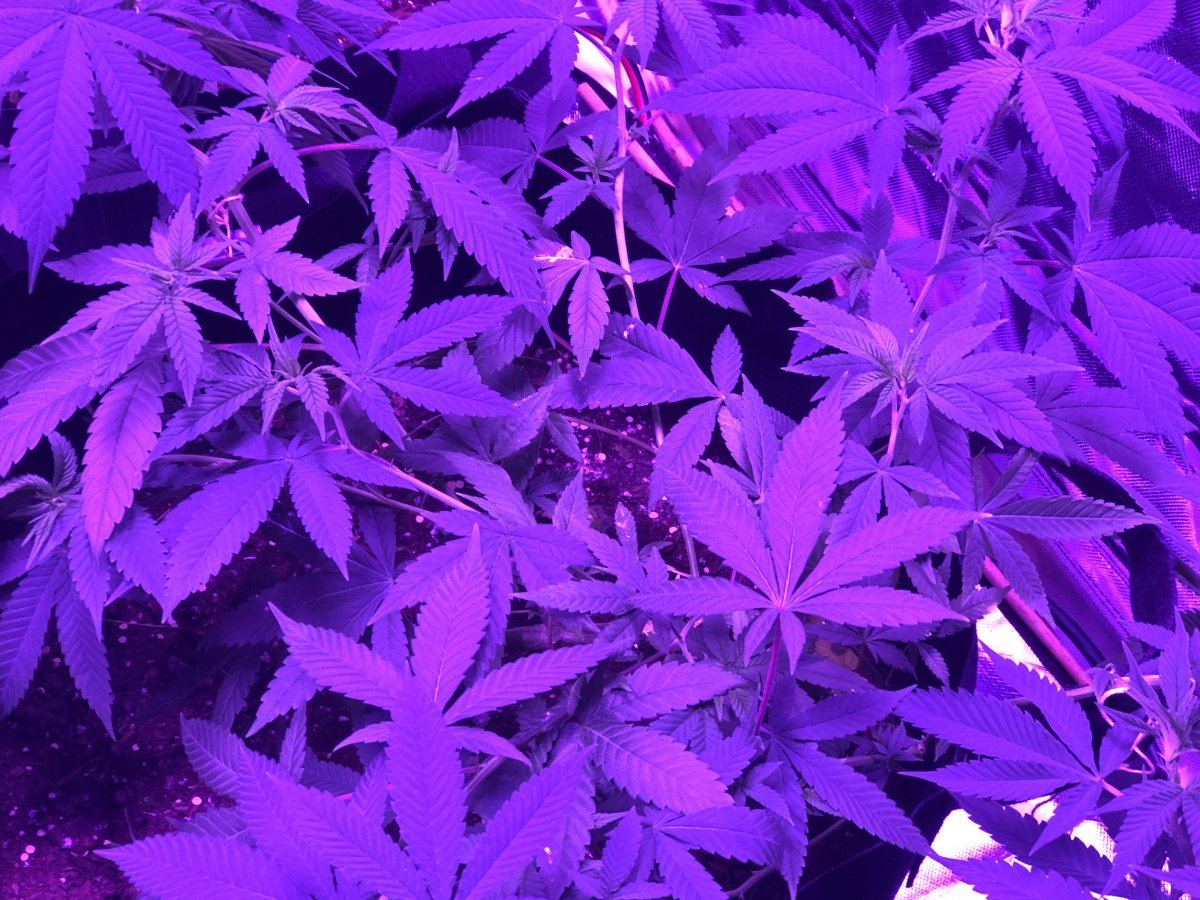 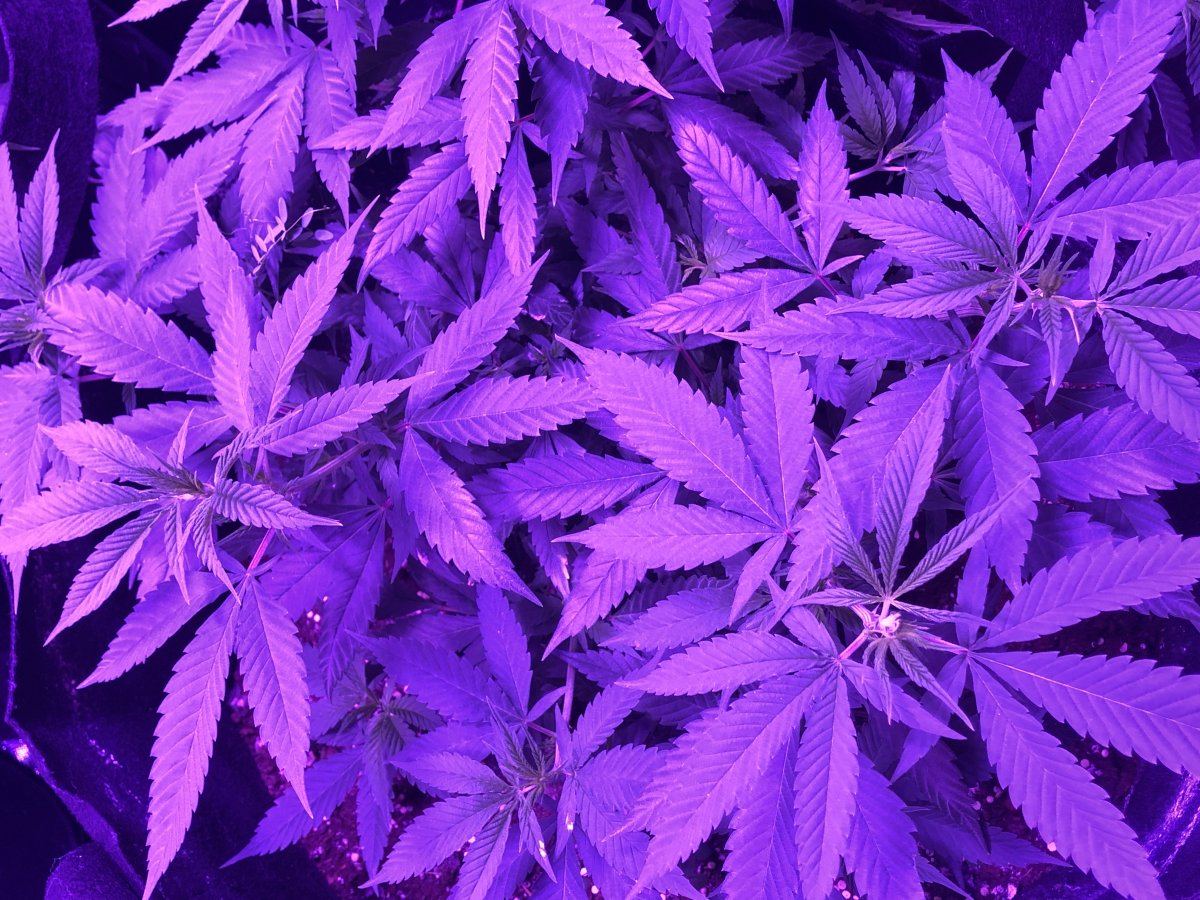 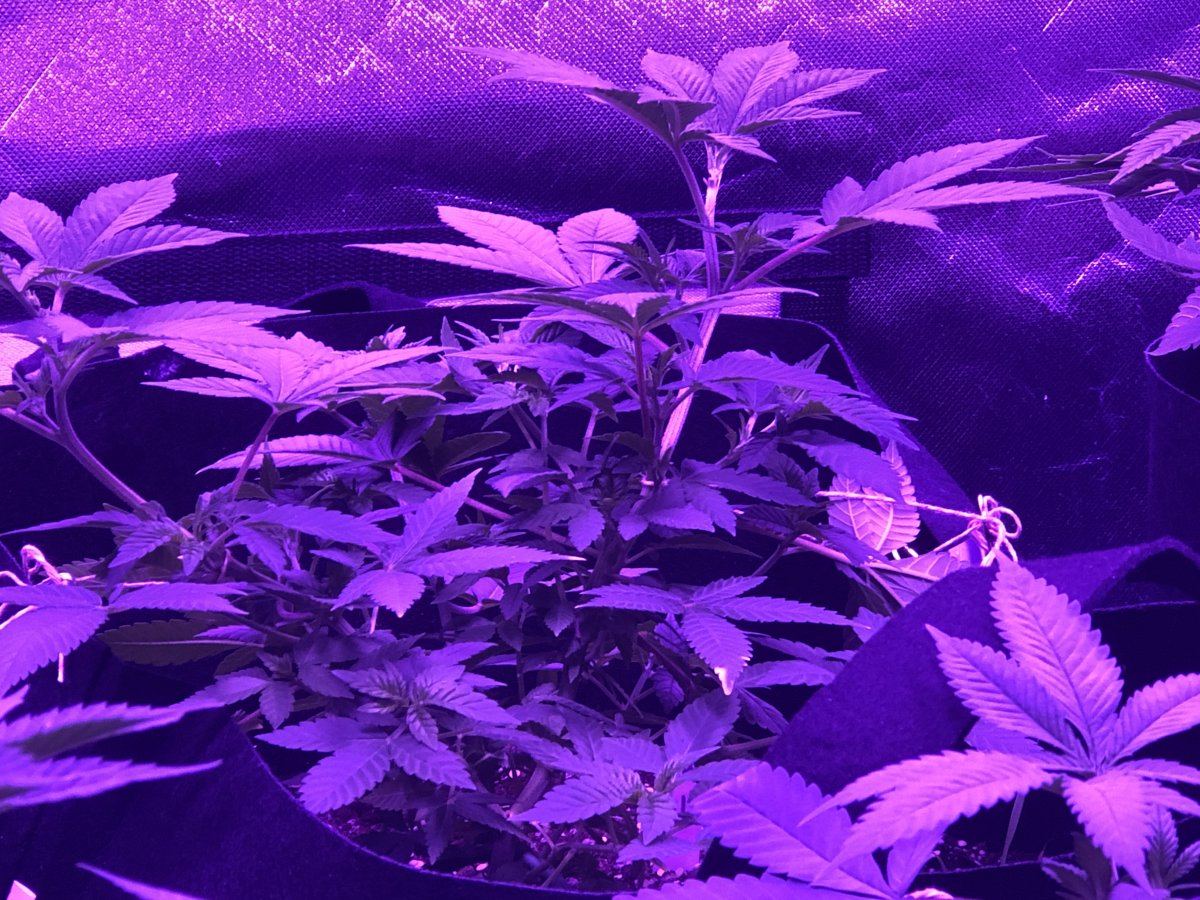 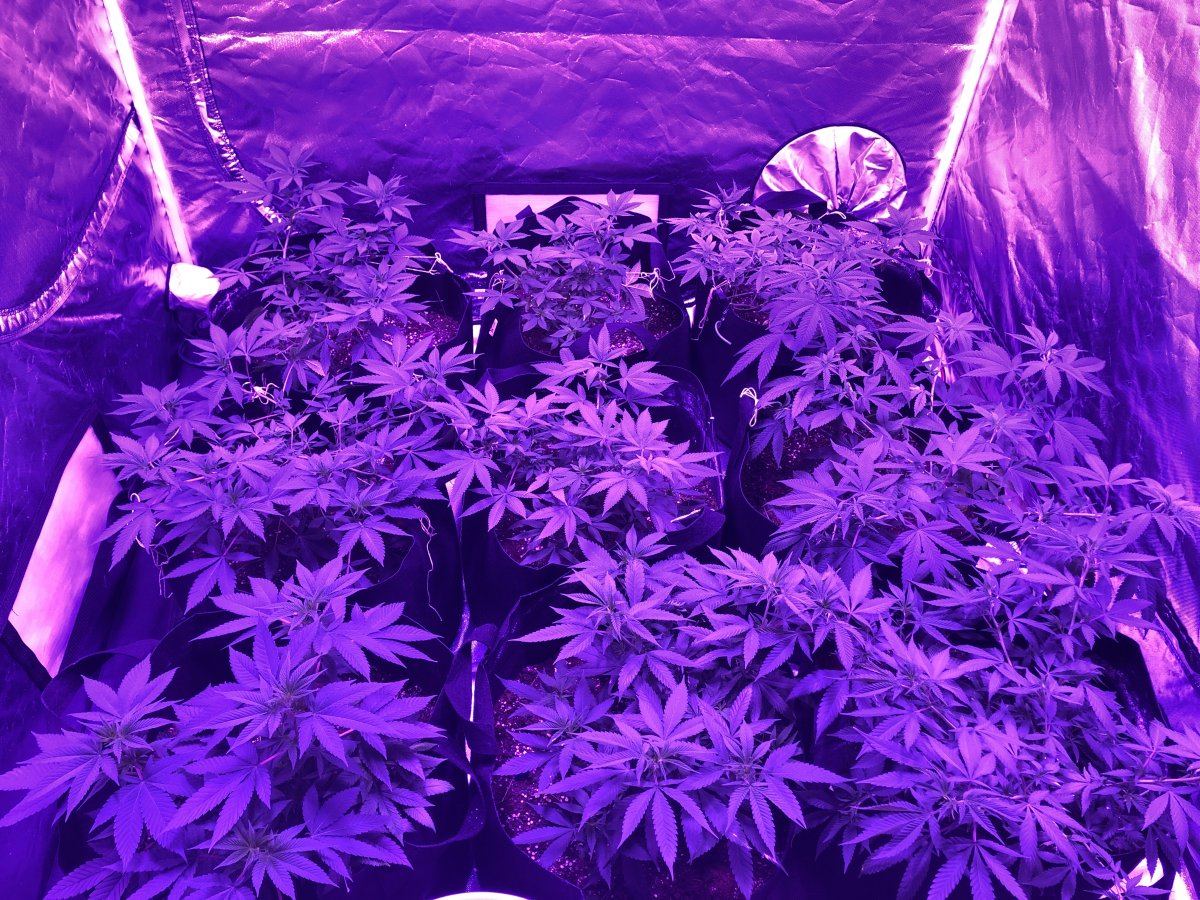 UNKNOWN DEFICIENCY IN MY INDOOR.

My lambs breath leaves are yellowing