I was able to grab a cple packs of RD gear a while back. OG Ghost Train Haze #1, Scotts OG and Somali Taxi Ride. Gonne be workin my way through em lookin for the killer keeper of each. Ill log the SOG gear here for anyone interested. Thanks for makiin these fine genetics available to the masses RD, keep up the awesome work.

Alright this was my 1st run of Scotts OG. I had a few issues of my own making ( HVAC techs, electricians in and out while lights were supposed to be off etc) due to tryin to get my room done which unfortunately led to a light schedule that was not perfect for a few. My area also had some storms roll through a cple weeks ago and knocked out the power altogether for about 5 days and I have yet to buy a damn genny. I found a few nanners on the lower branches of this girl at about 60 days in. I'd already started the flush so just excelerated the flush and chopped her a lil earlier than I would've liked. Still turned out to be some sticky funk. Ill have my rooms done for this next round so this run hopefully will do them justice. MGG
Scotts OG 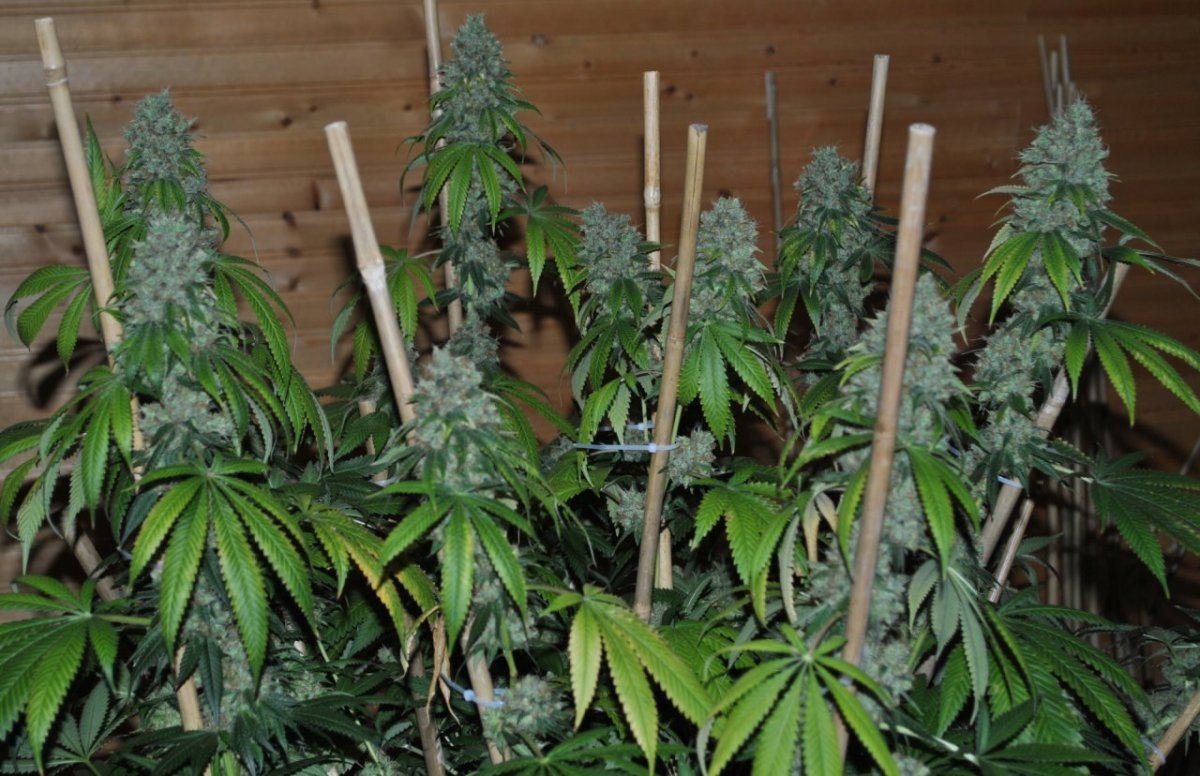 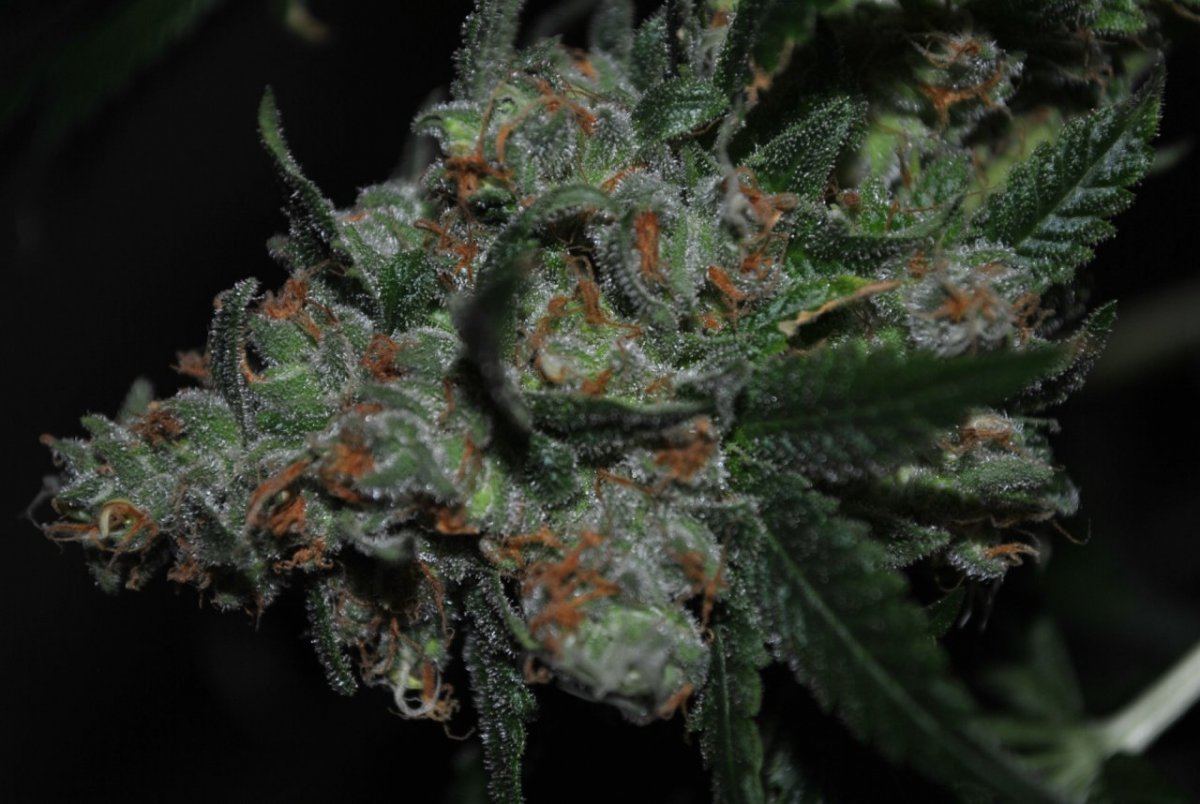 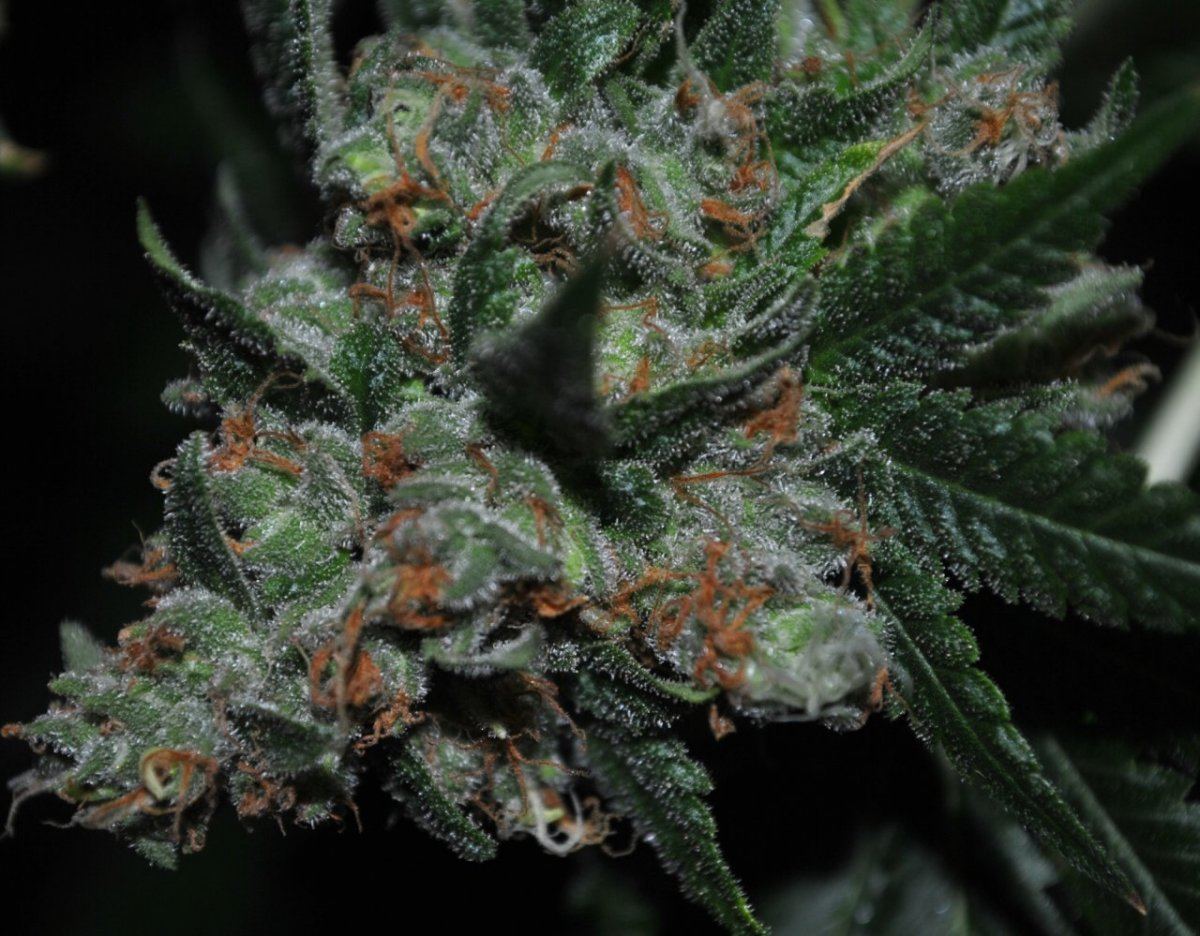 Great work brother, those are lookin heavy and vary sticky, be sure to give us a smoke report pleaseee lol keep up the good work

Scotts og is definately some fire.. I only had 1 female but man she was worth it. Your ladies look lovely and yes rare dankness puts out some nice stuff.
I'm on that good kush and alcohol!

DieselDuds said:
Great work brother, those are lookin heavy and vary sticky, be sure to give us a smoke report pleaseee lol keep up the good work
Click to expand...

Thanks DD...will throw up a report once theyre in the jars for a while....thanks for stopping in bro. MGG

Kushwick said:
Scotts og is definately some fire.. I only had 1 female but man she was worth it. Your ladies look lovely and yes rare dankness puts out some nice stuff.
Click to expand...

Im finding that out now...really nice smoke and nice buzz. Ill take em a little longer this next run and see what differences are there. Thanks Kush. MGG

Thanks mrs. rd. Got more comin behind these but the star of the show is the OG GTH#1's, they are blowin the fuck up! Thanks for stopping in. MGG

Looking good. Your plants look super healthy. Wish this forum was scratch-n-sniff!
Fire on the Mountain

Heres the next run of Scotts OG. Gonne be trees this round...almost 6ft tall and about 4 ft around....love big girls! All are in M3 Mix since rooting and given only RO throughout, uppotted into 35L Hercules pots to finish. MGG
Scotts OG 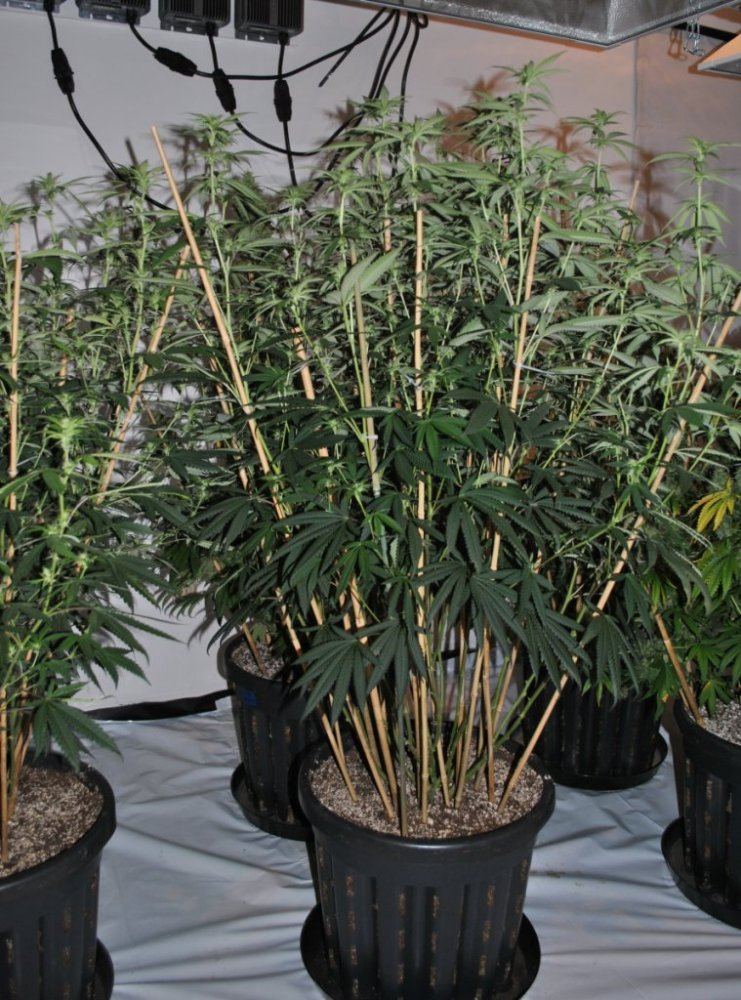 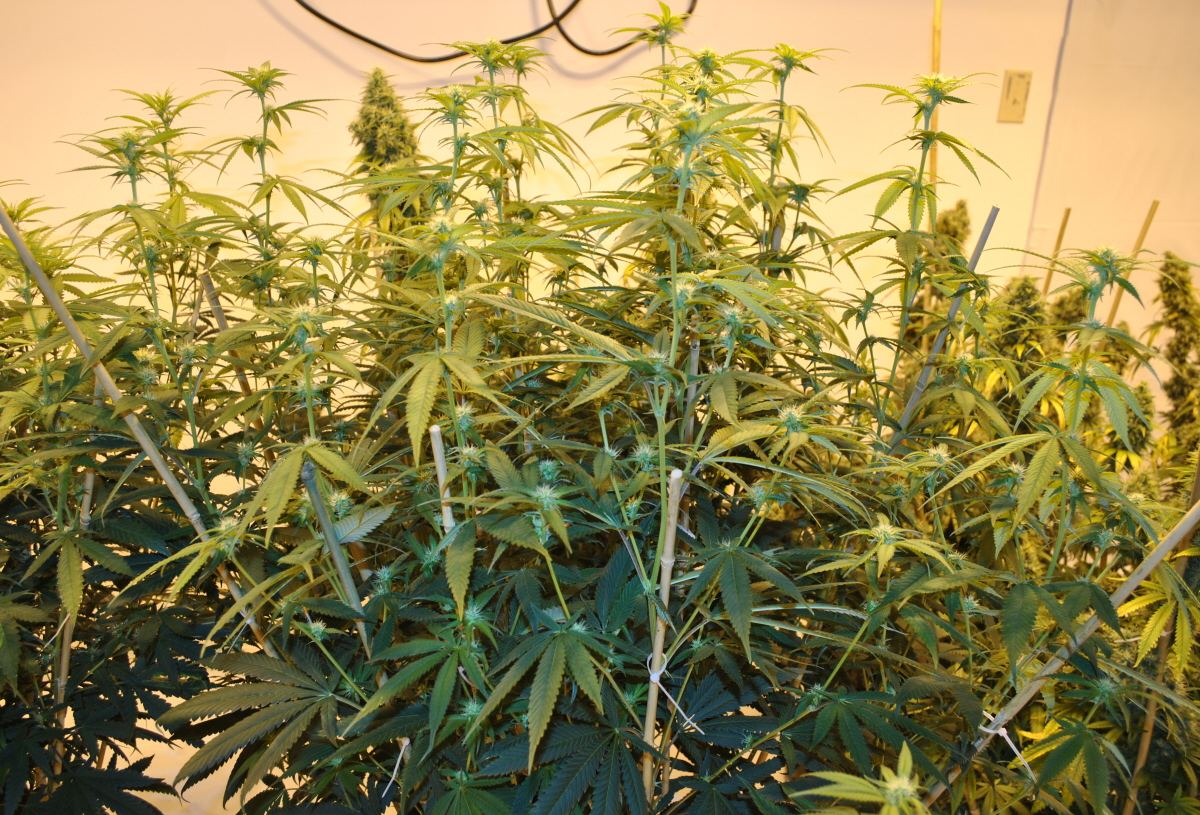 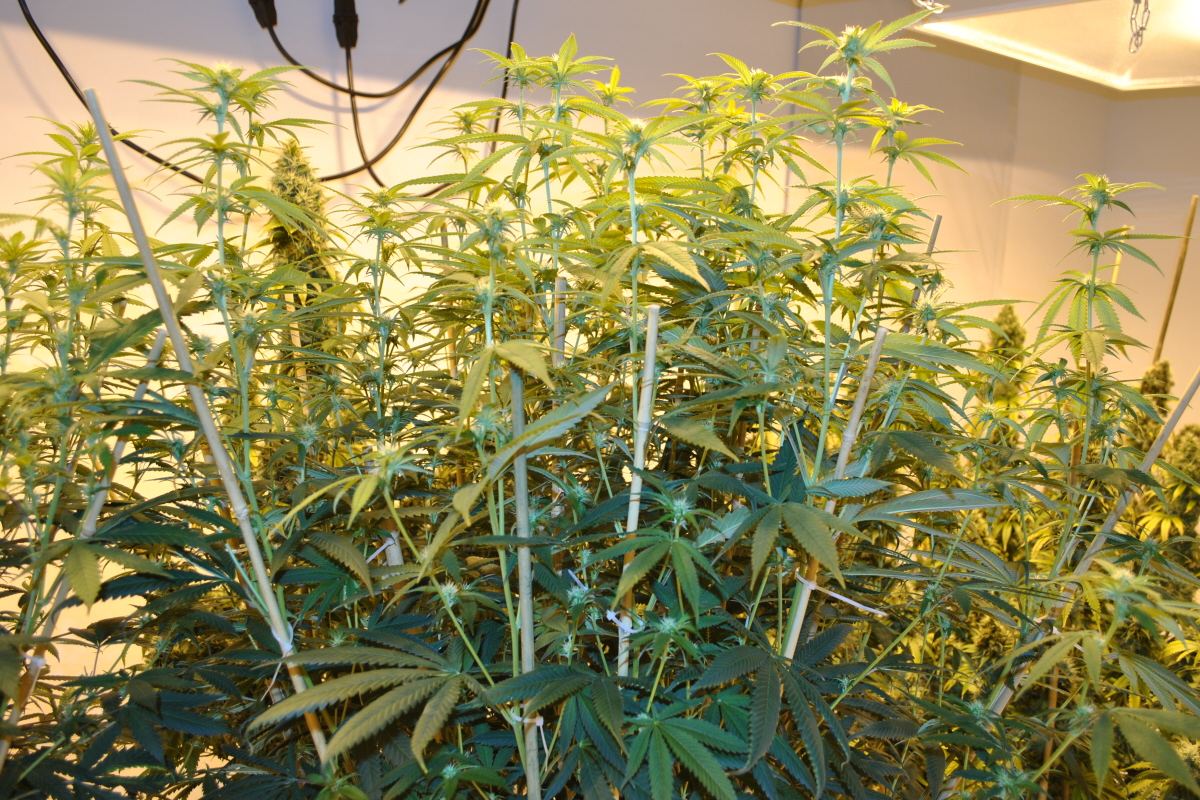 Damn u sure do got some trees.. Huge plants = big ass buds

just got these my self +the gth1

DieselDuds said:
Great work brother, those are lookin heavy and vary sticky, be sure to give us a smoke report pleaseee lol keep up the good work
Click to expand...

Taste and smell, earthy they say. Earthy is a understatement!! I went to Oasis Cannabis because they have the best price for their eight and quarter specials along with great employees.

My budtender recommended a quarter of Scott's OG and this is one of the worst tasting dirt weeds I've smoked and I'm 65 years old.

Anytime old Scottie would like to taste or stand behind his product I'll be happy to return this fowl tasting garbage..
You must log in or register to reply here.

Where to get BLUE DREAM clones in the Oroville to Sacramento area? Pls help

OG kush all leaf no buds