COLUMBUS, Ohio -- Patients using marijuana could not smoke marijuana flowers nor use cannabis with high levels of THC under revisions expected to be made Wednesday to Ohio's proposed medical marijuana law.

State lawmakers wrestled with the idea someone would "smoke their medicine" and had initially wanted an appointed commission to decide whether Ohio would allow smoking. But revisions planned for House Bill 523 specify marijuana could not be smoked or available in products attractive to children, such as gummy bears. It would allow patients to use a vaporizer, which heats marijuana to the point it releases chemicals but not smoke.

The revised bill also limits the amount of psychoactive compound tetrahydrocannabinol, or THC, in marijuana plants and extracts. THC causes a "high" but also has been proven to increase appetite and decrease nausea, as well as reduce pain.

The bill requires a THC content between 3 and 35 percent for plant material and no greater than 70 percent for extracts. Some marijuana flower and products being sold in Colorado and other legal states fall outside of those amounts.

The bill still doesn't allow homegrown marijuana and tasks an appointed commission to write rules for how marijuana would be grown and sold. The bill allows patients to use marijuana if recommended by a physician with whom they have an established relationship. The physician must register to recommend marijuana and would have to designate the form of marijuana as well as the method of consuming it.

The changes to the bill -- which is separate from two proposed ballot initiatives to legalize medical marijuana -- follow hours of testimony before the House Select Committee on Medical Marijuana, much of it from patients and their families about how to expand access to marijuana and protect patients. 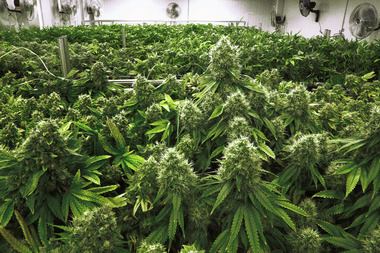 Other proposed changes to the bill

The House committee is expected to accept the revised bill Wednesday afternoon and approve it on Thursday. That sets it up for a House floor vote as early as Tuesday.

The Senate would then review the bill, with the goal of passing legislation before the end of the month when lawmakers leave town for summer break.

Where there is power, there is resistance.

My thoughts exactly... If you have even close to 30%, that's some good smoke right there.

The Mexican cartels heads just popped up lol
"The whole world shines shit and calls it gold”
You must log in or register to reply here.