just put 5 fem snowryder seeds in to germ today, going to start them in 6.5 ltr square pots plagron royalty mix in a small budbox under a 200 watt blue envirolite for 3 weeks then move them into a bigger tent under a 600 watt hps along with some normal fem seeds , hope i have better luck than my friends have had with short stuff seeds as all my friends have had 1 or 2 males from there so called fem seeds :(
T

I grew them indoors two year ago and had the opposite problem. I bought a pack of regular, and got a dud, eight females, and a hermi.

They were crossed with an auto ak, and the succeeding progeny showed no signs of hermi through two generations. After I germed that pack, I was gonna buy another one, but they didn't have anymore regulars. I don't know what's up with short stuff, but there always seems to be something funky going on.

I have some of their regular russian rocket fuel. Not going on yet, but I've seen several good grow of them.
O

2 of my friends grew thier fem russian rocket fuel, i guy had 2 males and 1 runt and 2 great females from 5 fem seeds, the other guy had 1 male, 2 runts and 2 nice females from 5 fem seeds as well. going on that alone id say they got regular seeds for the price of fems. one of my friends emailed short stuff and sent them pictures of his male and they ignored the email..
O

day 3 since i put seeds into germ and only 2 are showing signs of tiny tap roots. seeds were tiny and looked premature, looks like this will be last time trying autos :(
O

4 days now since put seeds into germ and only 2 out of 5 have popped, also put 2 other fem short stuff autos in to germ and those havent popped either :(
wil;l post pics soon, 1 is 24 hours old the other is 12 hours old. both have first set of true leafs showing but both are really small, tbh i wish i never bothered with these autos, il give them a week and unless i change my mind il just bin them and start some normal seeds...
O

still only 2 out of 5 have popped and the other 2 autos havent popped :(
seedlings are tiny i hope they grow as if no sign of growth in a few days il just bin them and start some normal seeds.
1 plant is 2 days old the other 1 day. 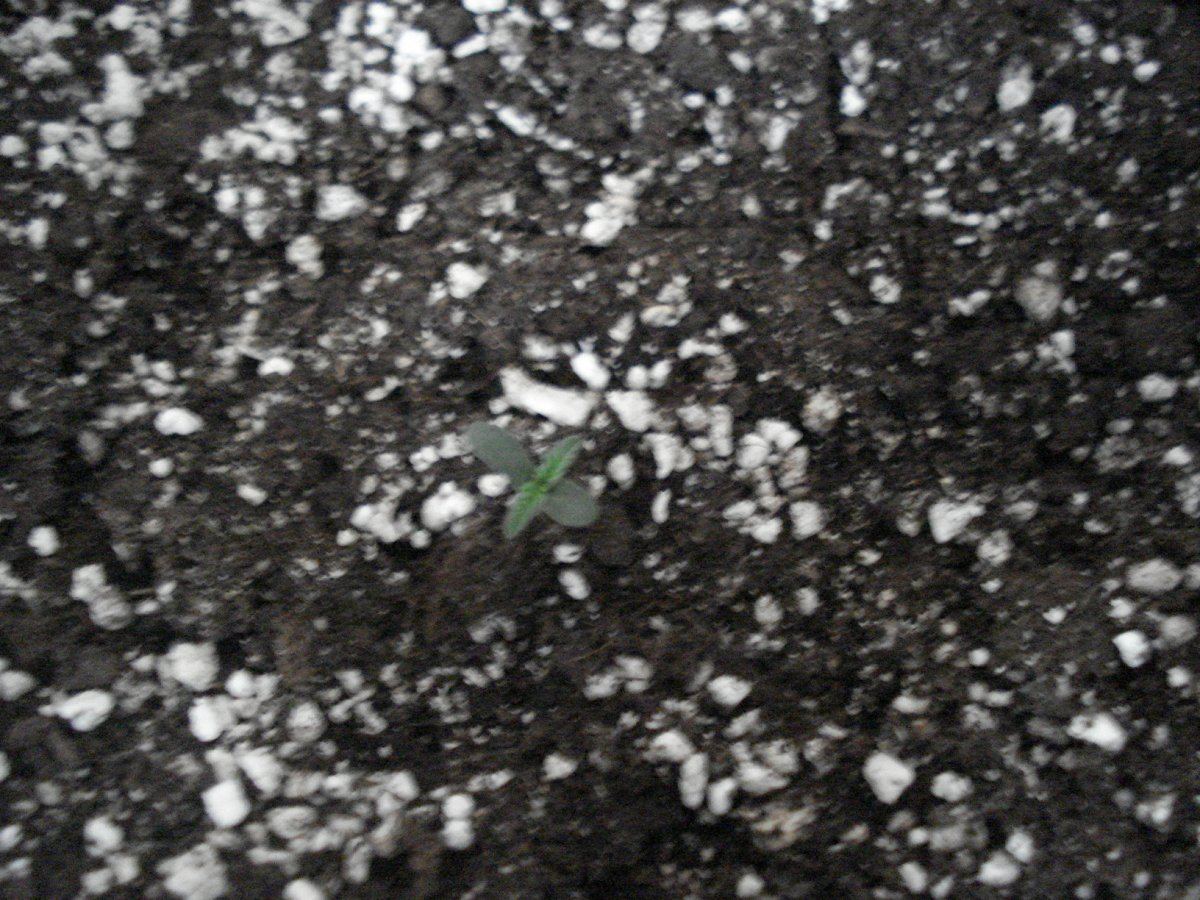 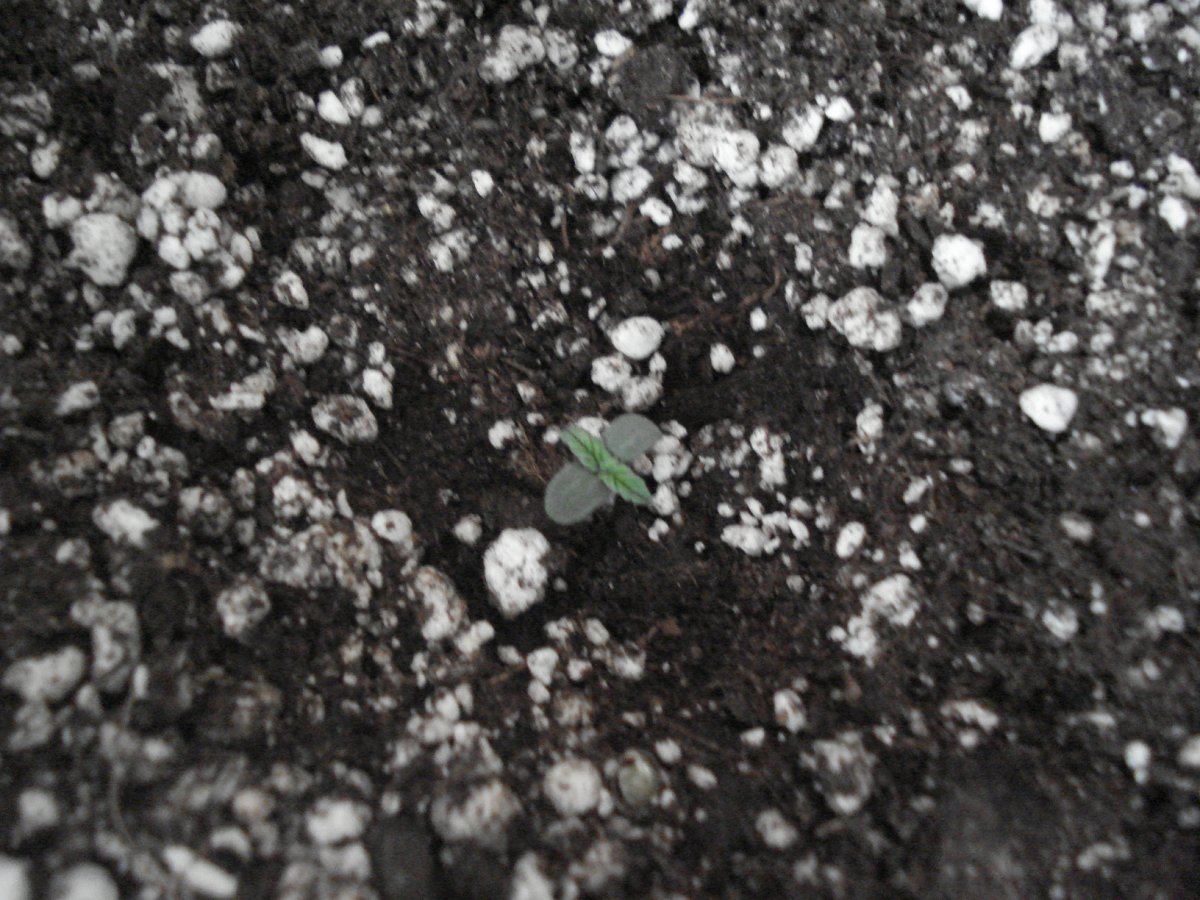 never soaked seeds before. i always just put seeds in tissue in a small tub on a heat mat. ive always had at least 90% germ rate with this way and most times seeds pop within 24hrs

yes i always used to do mine in a plastic pot with lid with damp tissue always had good results:icon_spin:, read somewere about soaking them, tried it then put in tissue:004:, forgot one soaked for 2 days had the little white tail already when i checked the cup it was in, now i just soak and plant.:bubblez:cant say ive tried any autos tho bro,about a year ago bought some seeds from cannabisseeds.com, out of 40 only 11 cracked then they had 7 males and were female seeds oh and all the same strain insterad of 3 differant ones
O

1 more has popped so thats 3 snows ryders now also 1 onyx has popped, just waiting for the other 2 snows and 1 himalyan blue diesel. not sold on the auto idea but wanted at least 6 autos to make it worth while then il pop some normal seeds in 4 weeks so by the time the normal seeds are ready to put into flower the autos will be done.
O

the other snow what popped just done nothing :(
about 4 and 5 days now and both seedlings have proper leaves but aint growing. there both about 1cm and 2cm tall. il give them another week then im going to bin them unless they take off
O

the 2 plants are 7 and 6 days old now. both have second set of leafs showing but are still no bigger than 2cm tall. ive got 1 fem onyx whats 24 hours old and is nearly as tall as the 2 snowryders. no point posting pics as nothing has changed. im growing them under a 200 watt blue envirolite 20/4 in soil temps are 78f light on and about 60f light off
just popped 4 fem normal seeds and all 4 popped within 24/36 hours so if these autos dont start packing height on soon il just bin them and grow the normal fem seeds
O

after 2 weeks plants were only 2cm tall so i binned them
You must log in or register to reply here.

Day 4 of germinating in water,help!
2

Need to move them indoors for a week or two

Ironic doesn't quite cover it