This is for keepz, who taught me everything i know.

hi guys!
been on this forum a long time,first post, first grow.
so, I'm from a Caribbean country, it is now legal to have 30 grams of flower or 5 grams of resin on one's person, and we can grow 4 plants per adult per household.
there are no licenses in place for selling and distribution, research and development or commercial production.

so this grow was simple and low tech.
it was done outdoors and the genetic used was nothing special. It was basically a bag seed from our local landrace strains. Our locally produced landrace are chock full of seeds, taste and smell grassy, and usually gives a mellow head but you would have to smoke quite a couple of grams to feel anything. it doesn't sell in grams, doesn't make sense to, it usually sells by the half oz to the quarter lb.

feed regime was: feed, feed, tea.
tea being straight water.
was flushed with water and molasses for two weeks before chop.
whole plant was chopped and hung to dry for one week, which after, all branches were taken off of the main stem and large leaves removed and hung back up to dry a further week and was then budded out and jarred to cure.

the end result was astounding! it produced the best looking landrace I've ever seen. large full buds.
smell was overall dank with a slight sweetness to it. keep in mind that this is not strong genetics and will not smell as high, as most higher grades like purple afghan kush.
Plant took about 3 months start to finish. Veg period was very short due to our climate.

Thanks again for the knowledge keepz. hope you are well. 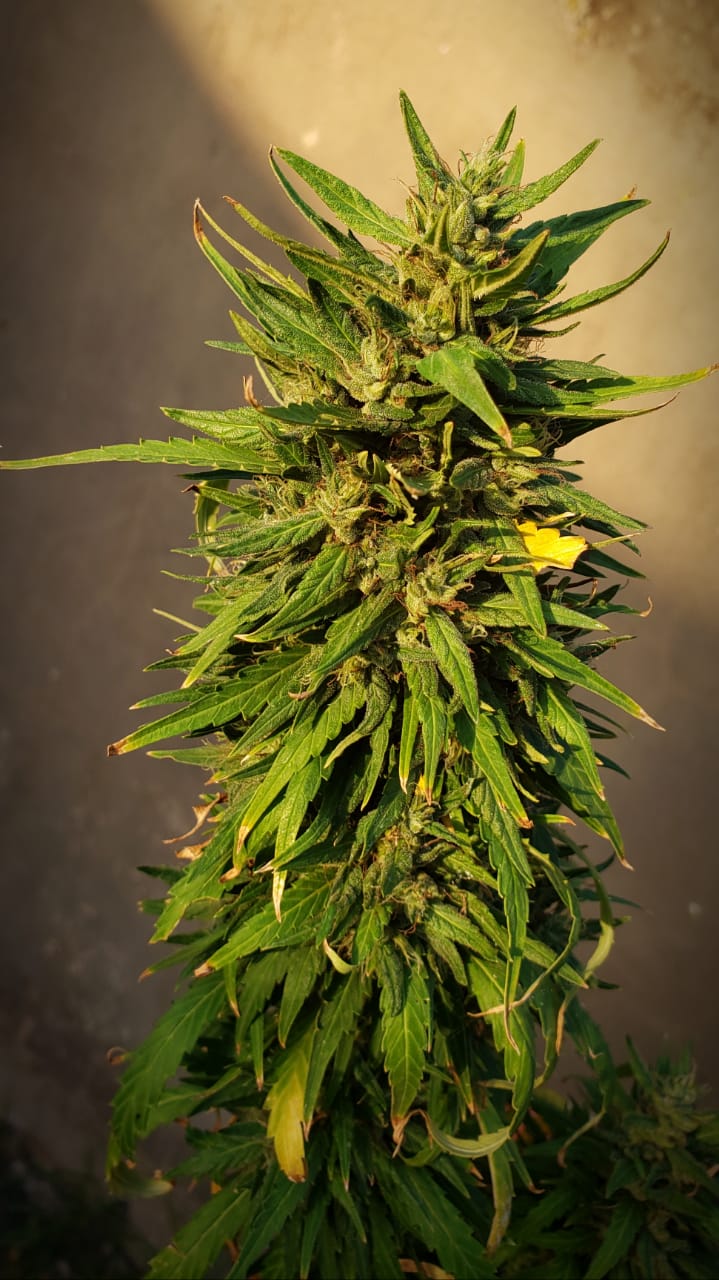 Great job on the first grow @weezy Love the shopping cart... mobile grow. Don't like the area off we go.

Thoughts on Masterblend regime, and improving it.

Diagnosis->>> leaf spots what's going on here with this.