only stress i can think of is topping a shitload .. but some branches are definitely female and some are definitely male, it's like this on all the plants i declared hermi .. i COULD maybe remove them, but i've never done this before, and last round i had some hermi that seeded my room so im trying to prevent it this time. i got my cam back today so ill snap some shots once it charges.
G

So did every underdawg d turn hermie on you? That is really too bad. I haven't heard about any hermi problems coming from TopDawg before.
C

k finally took some pics.. noticed my julius caesar and one fire alien kush has a couple nanners too but not much, everything else looks clear. a couple underdawg d's were complete males, and i have 2 suspect hermis i took pics of..
one i already chopped down because it had more male branches than female, these other 2 i'm deciding on pinching them off.


stinky male stud​
too bad i have no room to keep males around because this one reeeks like lemony goodness. 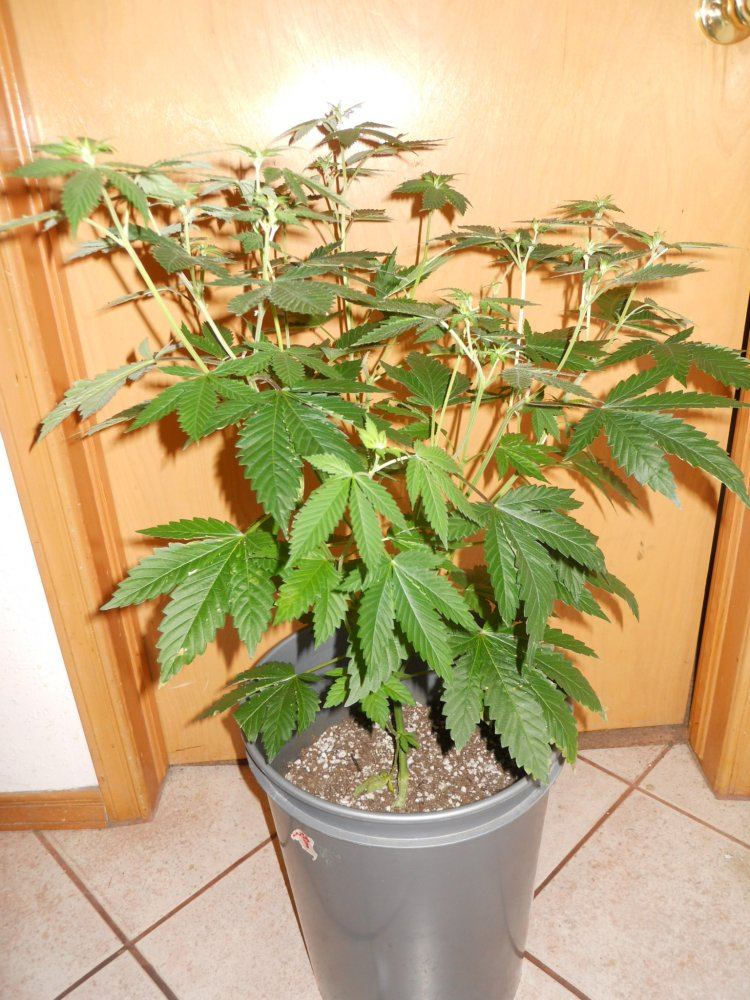 herm #1?​
this one seems to only have one or 2 branches that seem to have male characteristics, rest female. 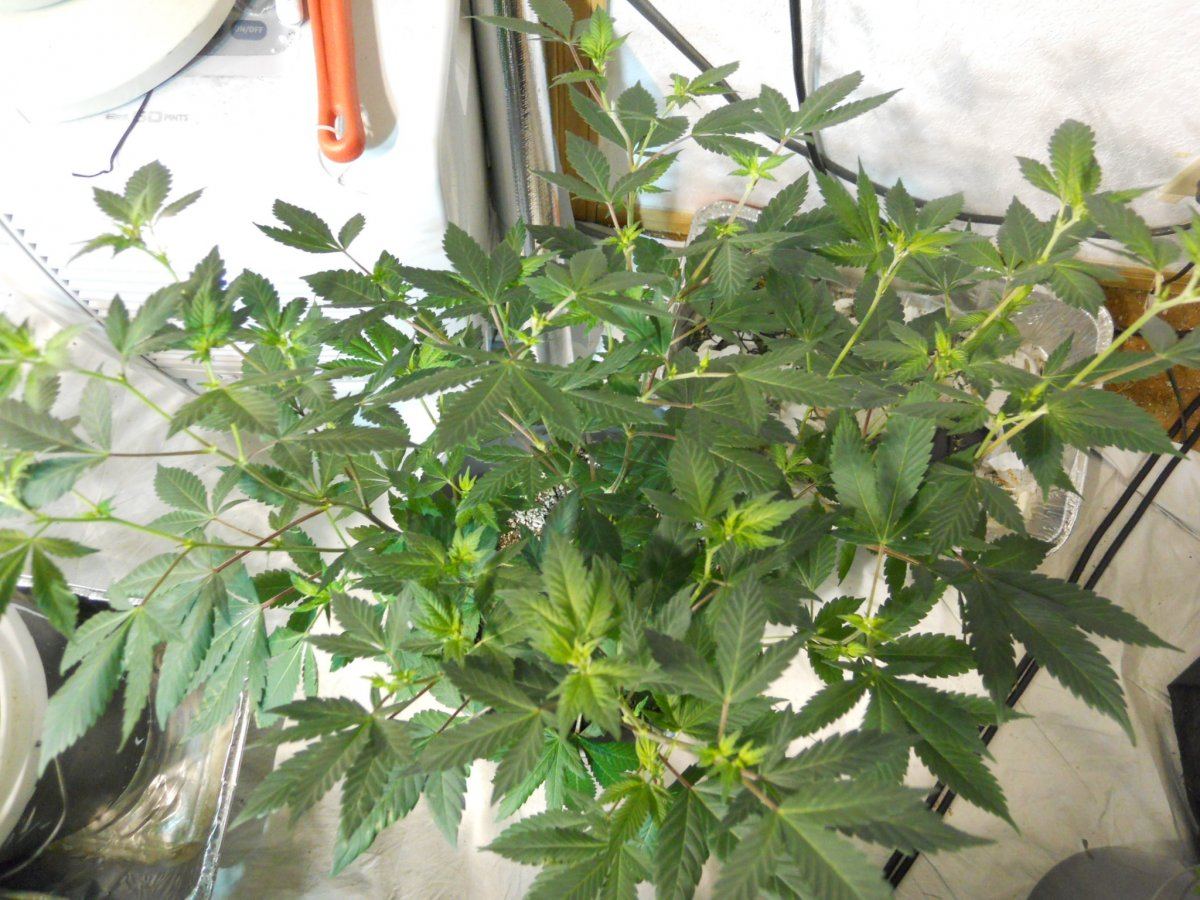 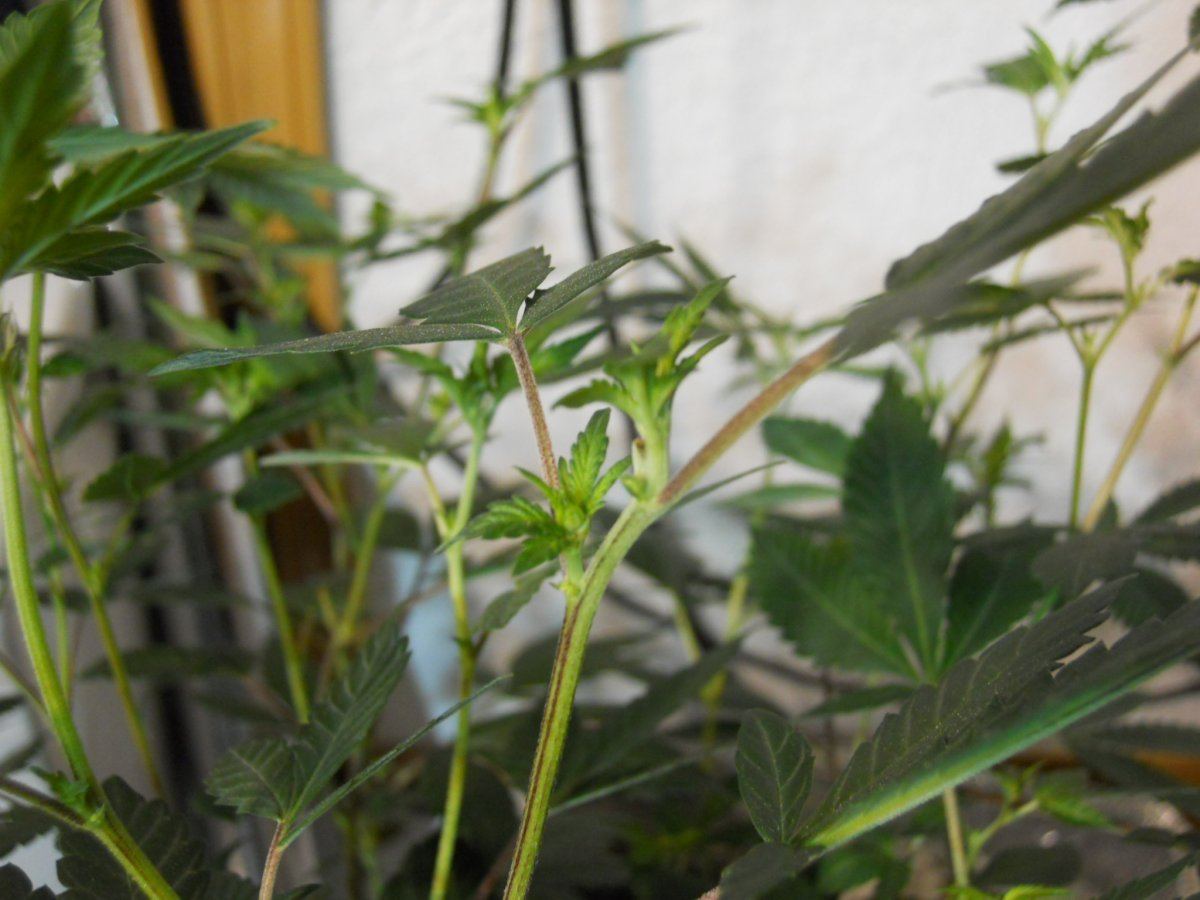 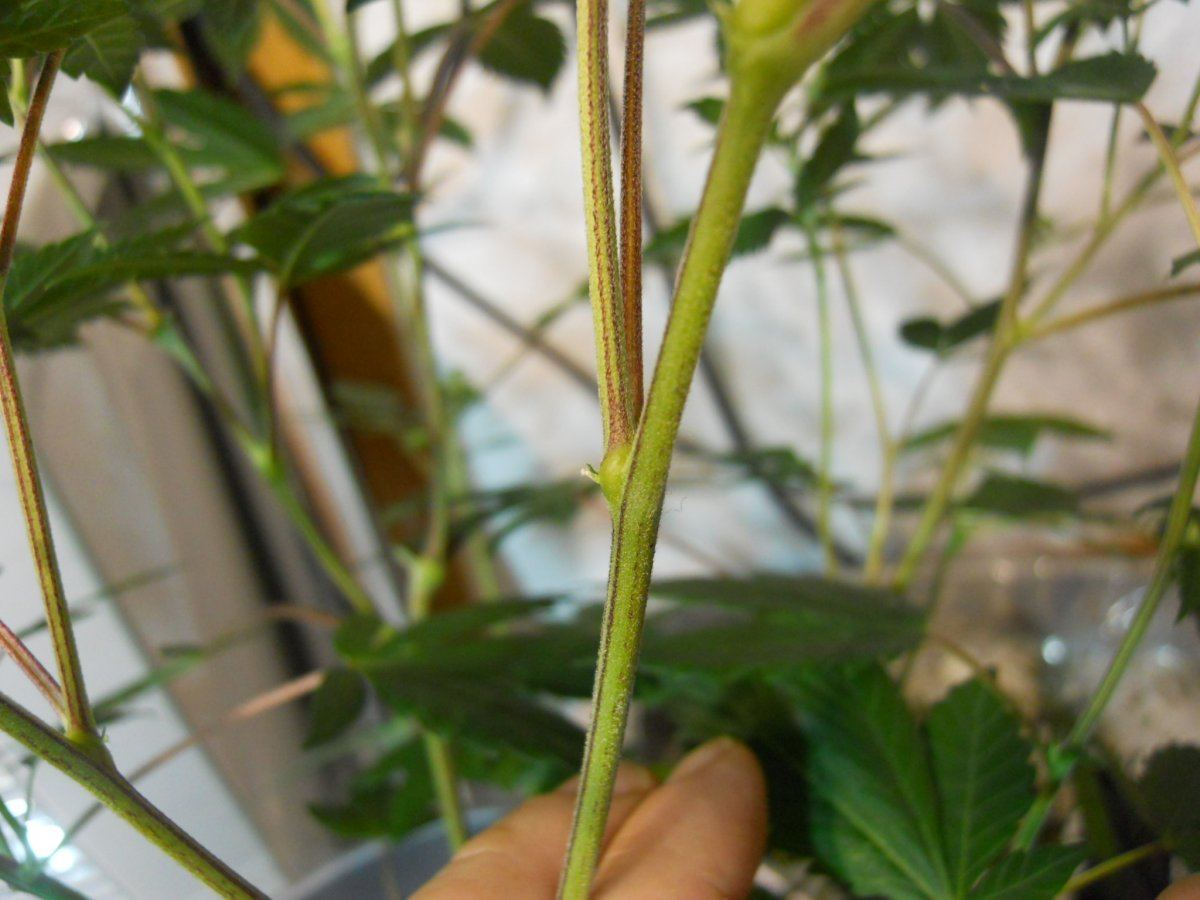 herm #2?​
didn't count how many branches that look male on this one but it's more than two.. 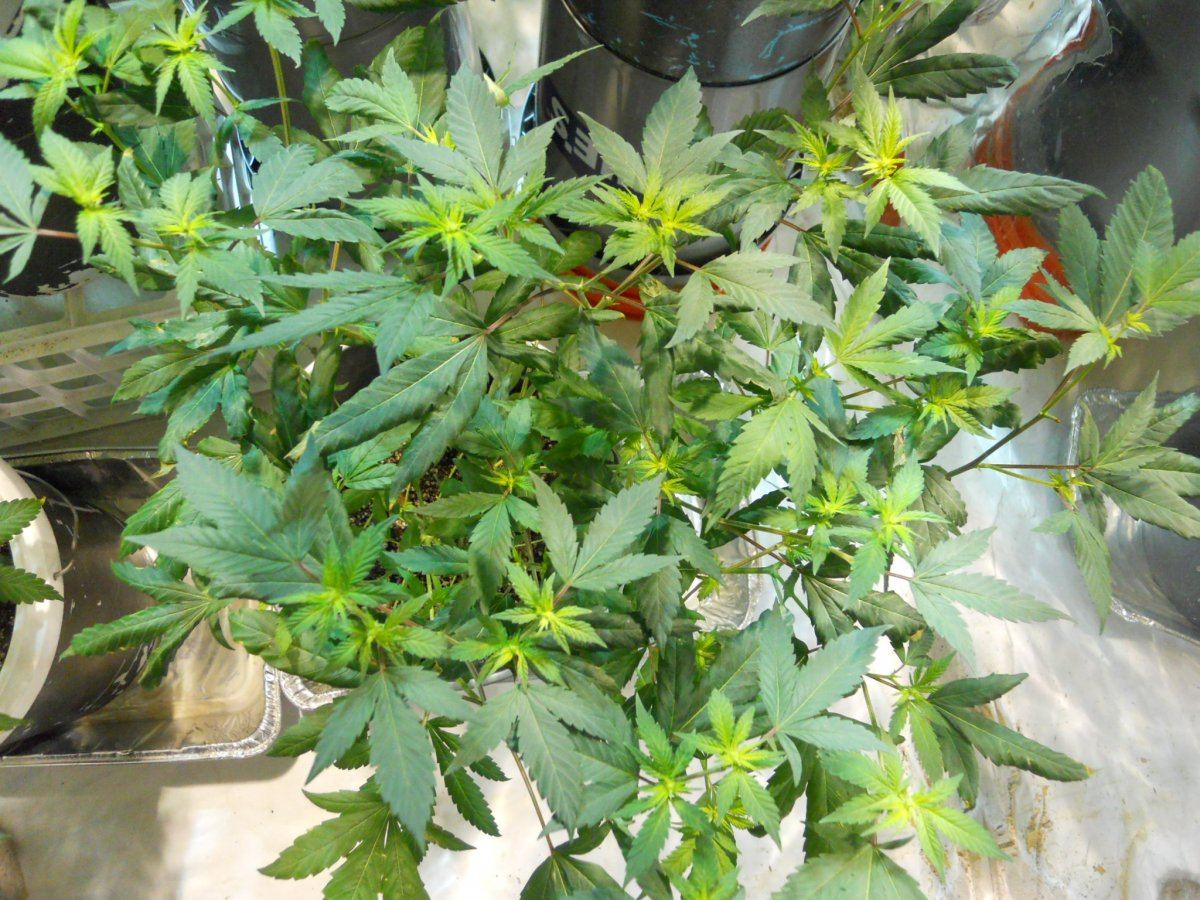 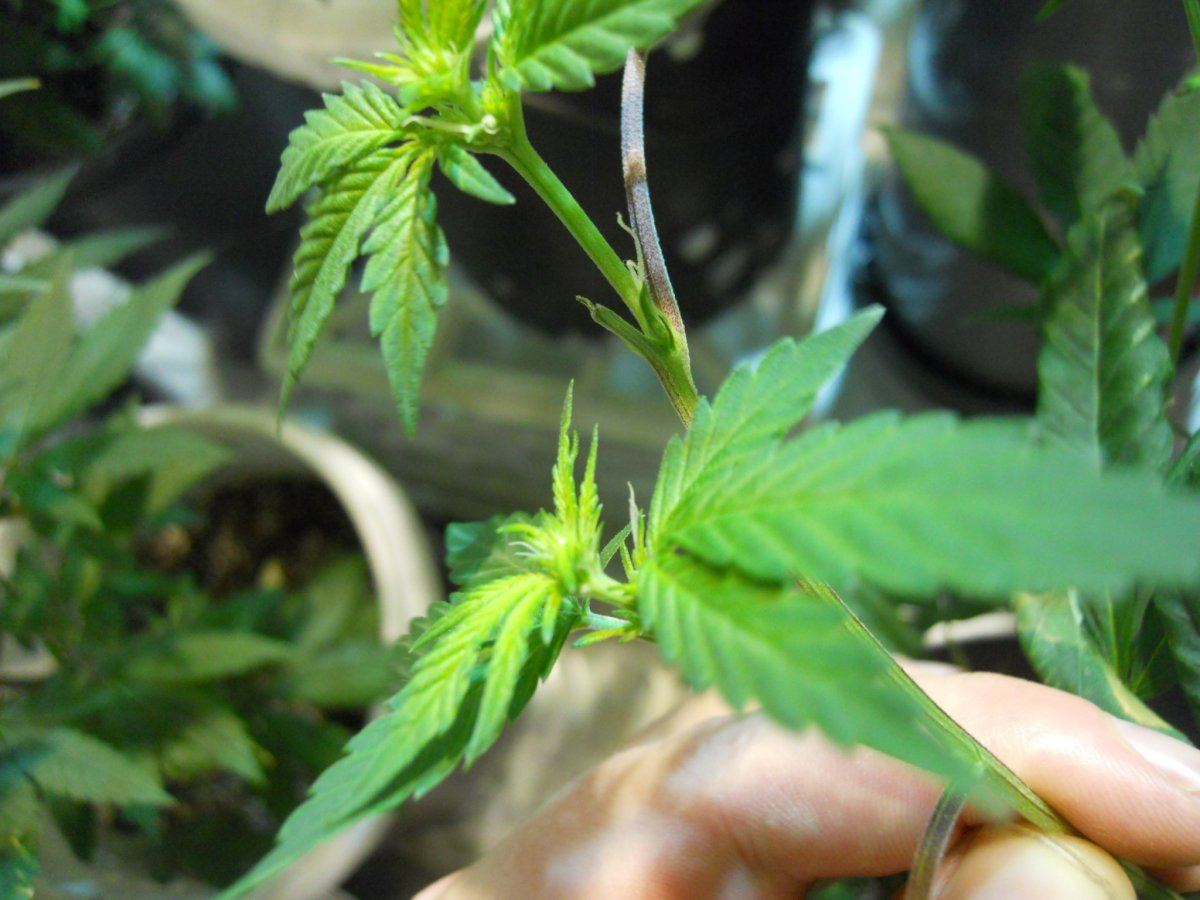 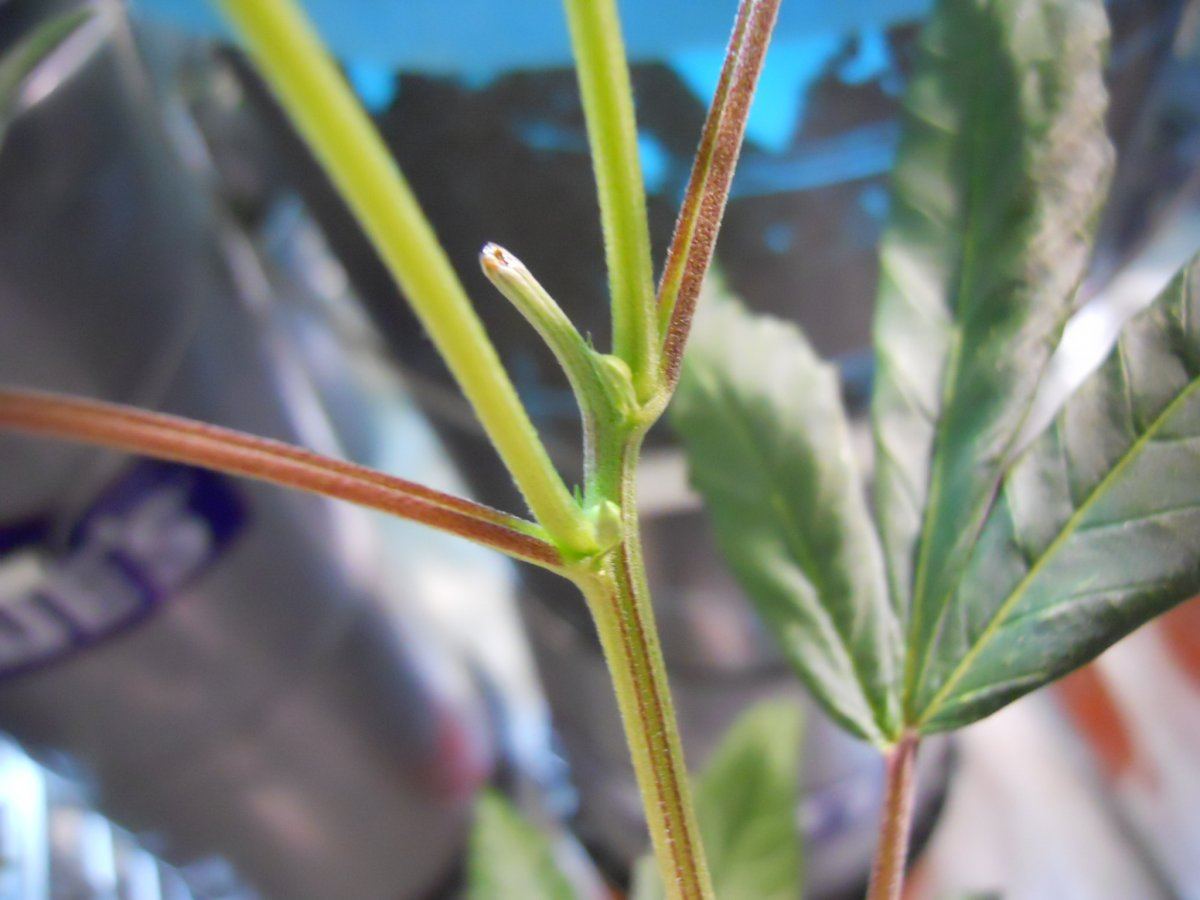 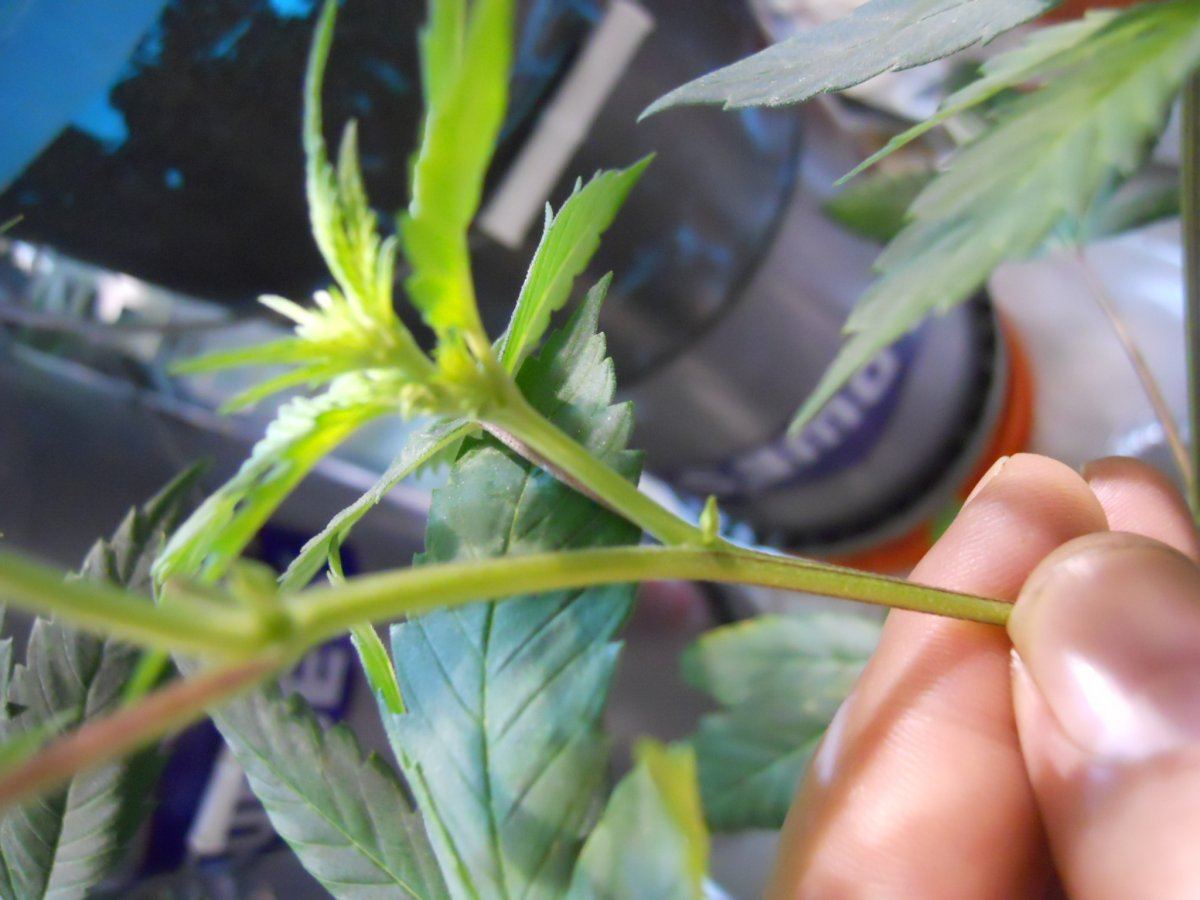 also thought i'd show some of the nanners on the julius caesar i have: 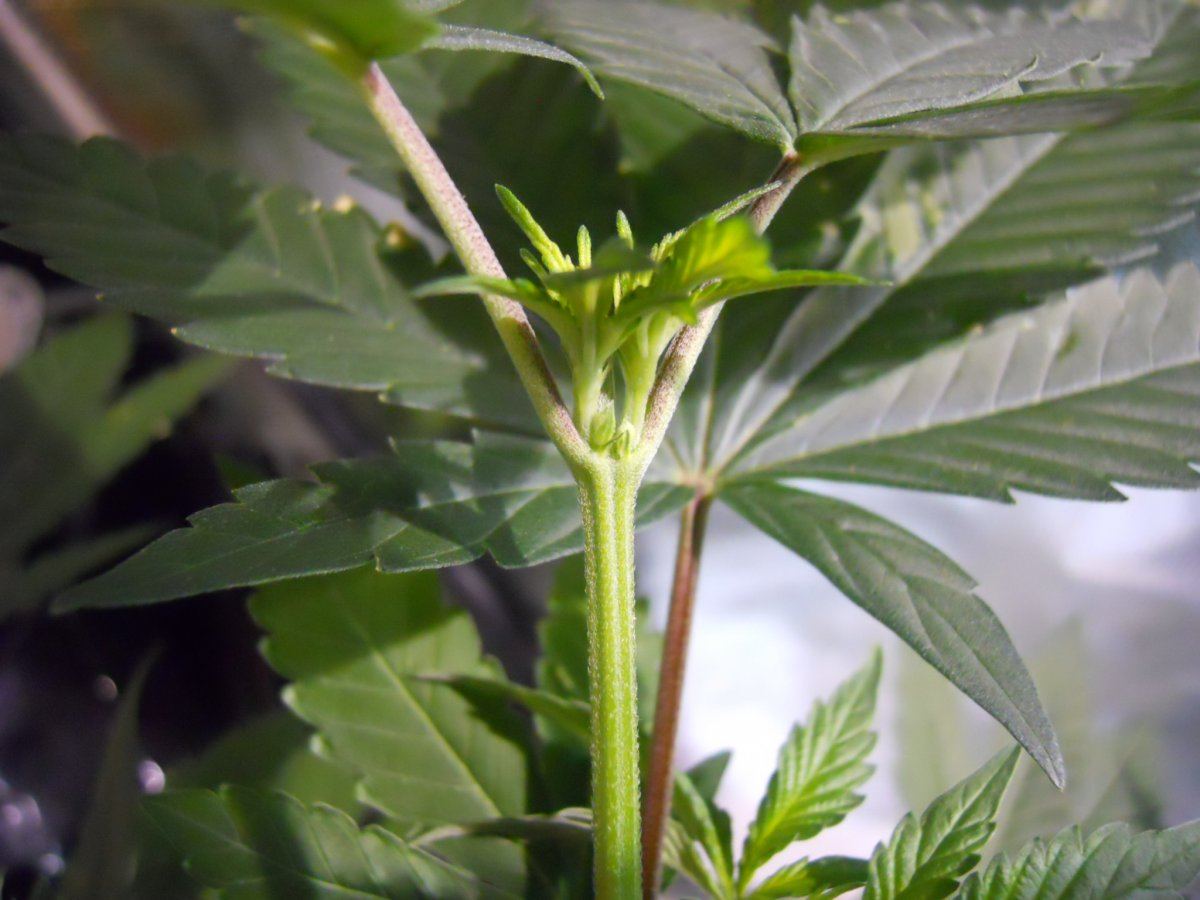 little bit down on the same branch: 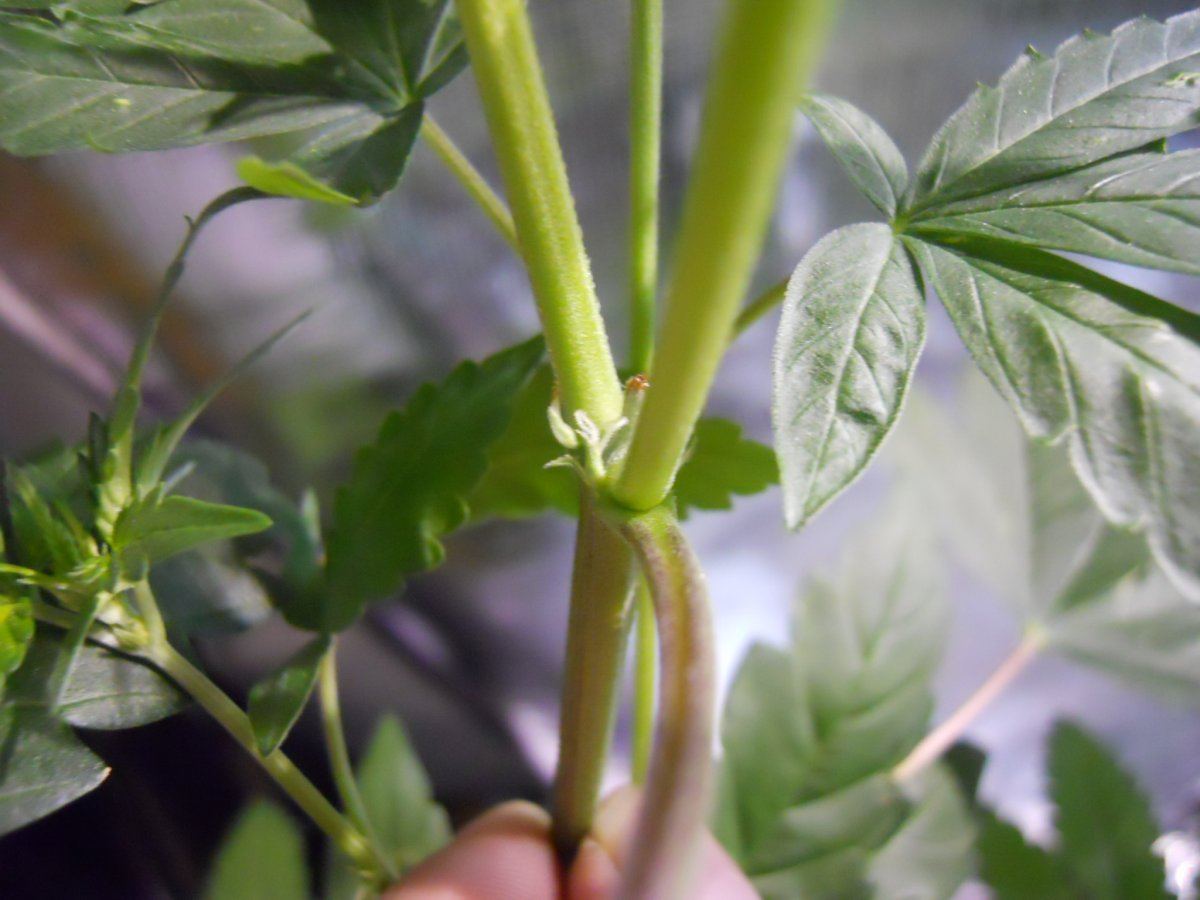 there you go.. what do you guys recommend? any nanners i see if they arent in excess all over the plants should i try to pinch them? i have about 12 other plants that are nanner free. no light leaks, it's only day 9, 78-80 degrees with 39% humidity and 1350 ppm co2.
B

i mean you could try and pick off all the nanners..if you stay on top of it there shouldnt be that many that get by you..but you will prob def have some seeds...ts not thew end of the world if you or whoever the meds are for dont mind..if yur gonna keep the hermi,especially with 12 other beautiful girls in there i would stay ALL OVER the he/she to snipe all nanners possible!!

hmmm... tuff call bro... the smoke is def. worth it even with some seeds. if you can do it, do it. good luck
C

i started pinching some off the other day then couple days later i check the other ones, and i guess they weren't nanners anyway, this strain is just a trickster. has male looking balls that end up being calyxes with pistils that take a while to come out of it..i believe i've read that before about chem crosses.. but i ended up with 3 underdawg d's, and i believe 2 white stardawgs. time will tell what fruits these goddesses will provide for me.
C

You are saying that the 2 suspected hermies were not hermies at all?
Are you 100% positive?
Check it Chran....not trying to be rude or anything..I've seen this with ROG...you see the claw coming and swear it's a male then it turns out to be a female calyx...weird stuff. Is this the case or did you really see nanners in the beginning?
C

that's exactly what i'm saying and funny you mention ROG's.. i have 2 going right now and one is a superfemale and it had huge male lookin things calyxes sticking out that turned into female pistils, which is what made me suspect the similar on these plants and it turned out so. I will keep a close eye on them though of course throughout this round. First time i've ever seen anything like this but i've only been growing like 3-4 years.


CAPO said:
You are saying that the 2 suspected hermies were not hermies at all?
Are you 100% positive?
Check it Chran....not trying to be rude or anything..I've seen this with ROG...you see the claw coming and swear it's a male then it turns out to be a female calyx...weird stuff. Is this the case or did you really see nanners in the beginning?
Click to expand...

hey all.. starting to think the cause of the nanners might be my sentinel cppm1's sensor which has a light that flashes in the dark for the photocell sensor, not sure if they changed that with the cppm-4. that's about the only conclusion i can come to, and i'm finding more nanners on my fire alien kushes than any of the topdawg gear. either way keeping a close eye and pinching has worked so far. my white stardawgs and underdawg d's are progressing along nicely.. been hittin them with some pk 9/18 and big bud powder .. hoping the MOAB arrives in time because i plan on using that instead of overdrive. will take some photos later
C 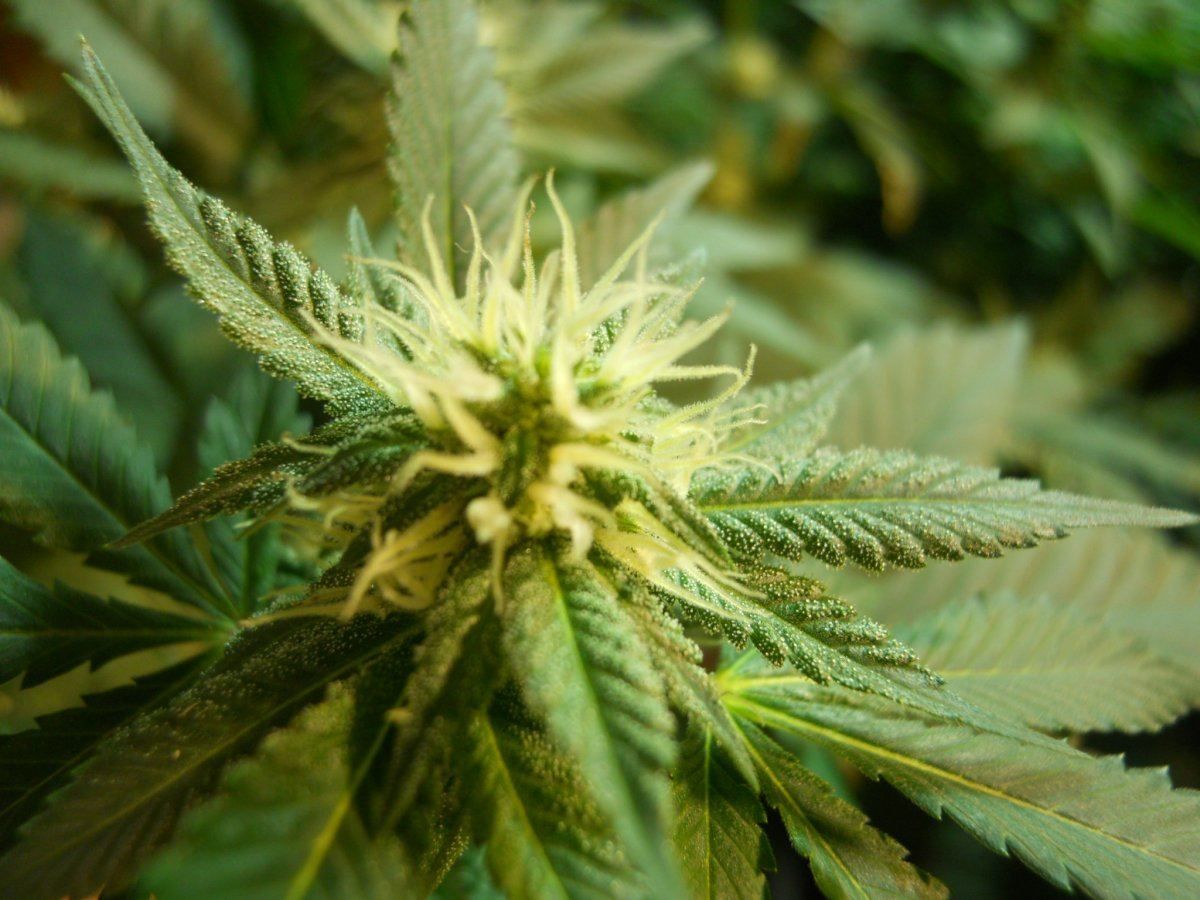 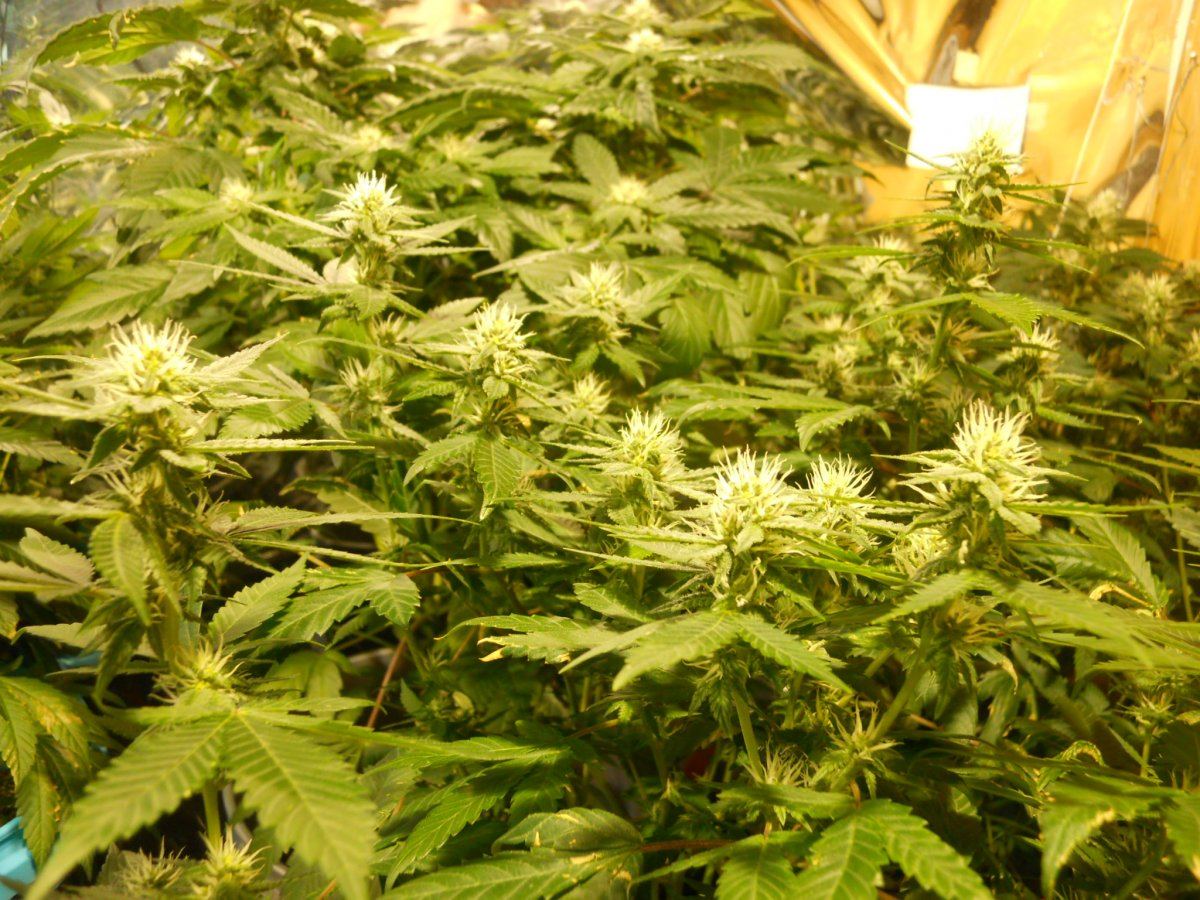 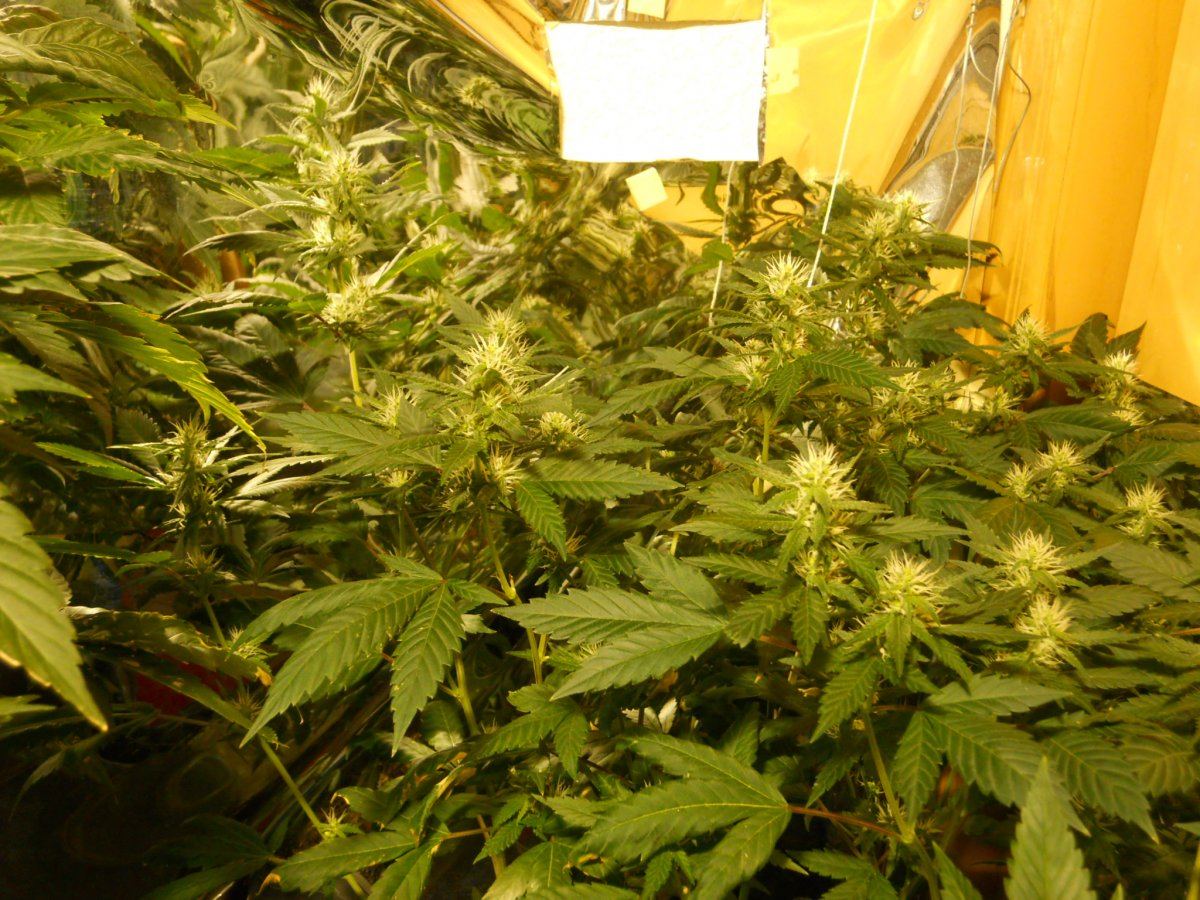 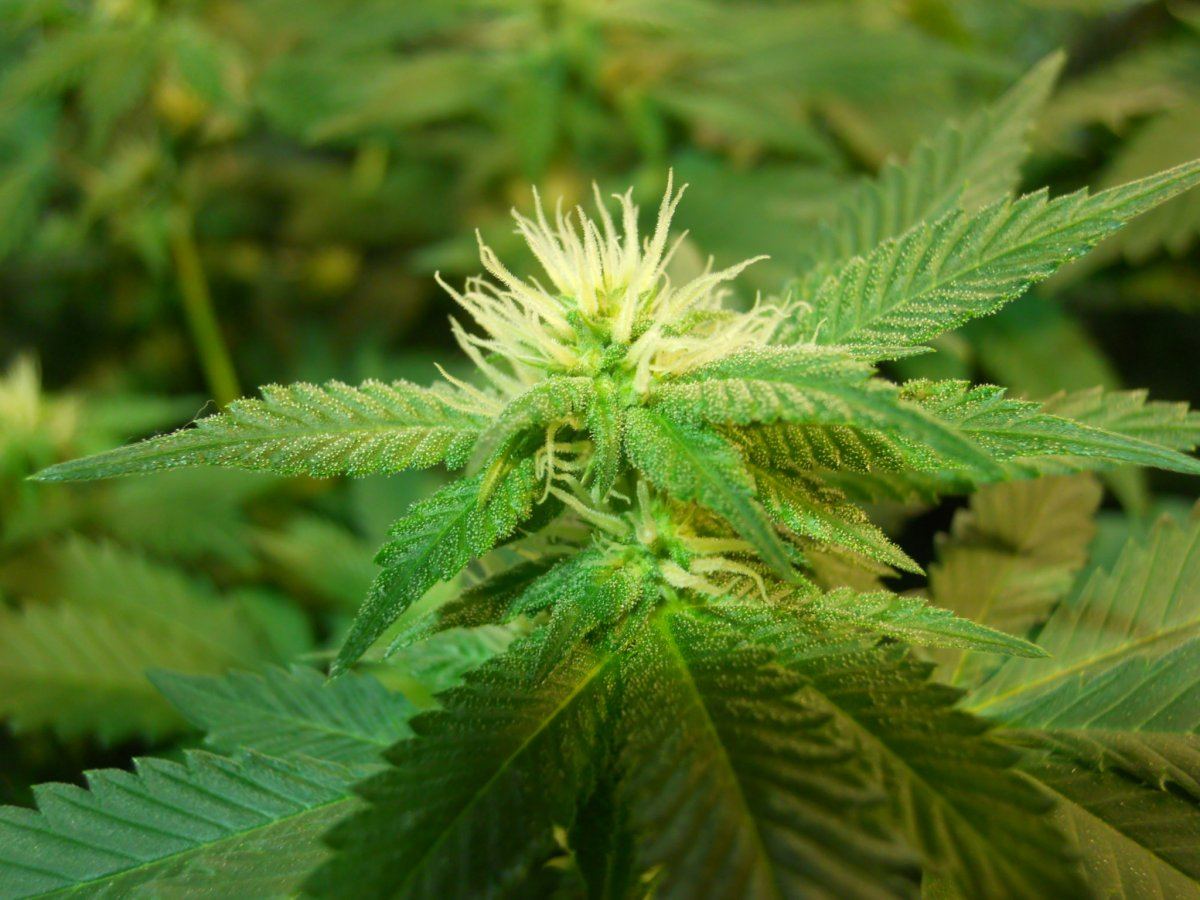 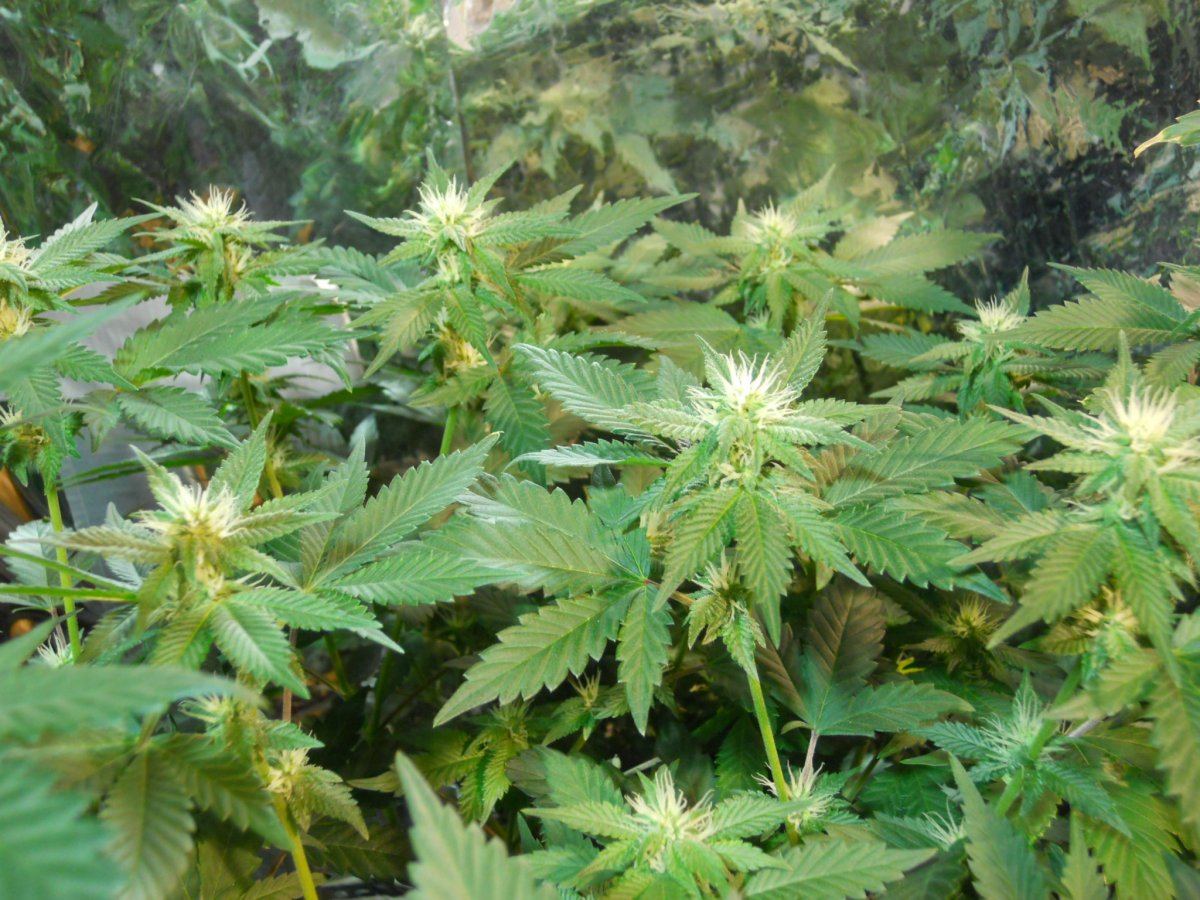 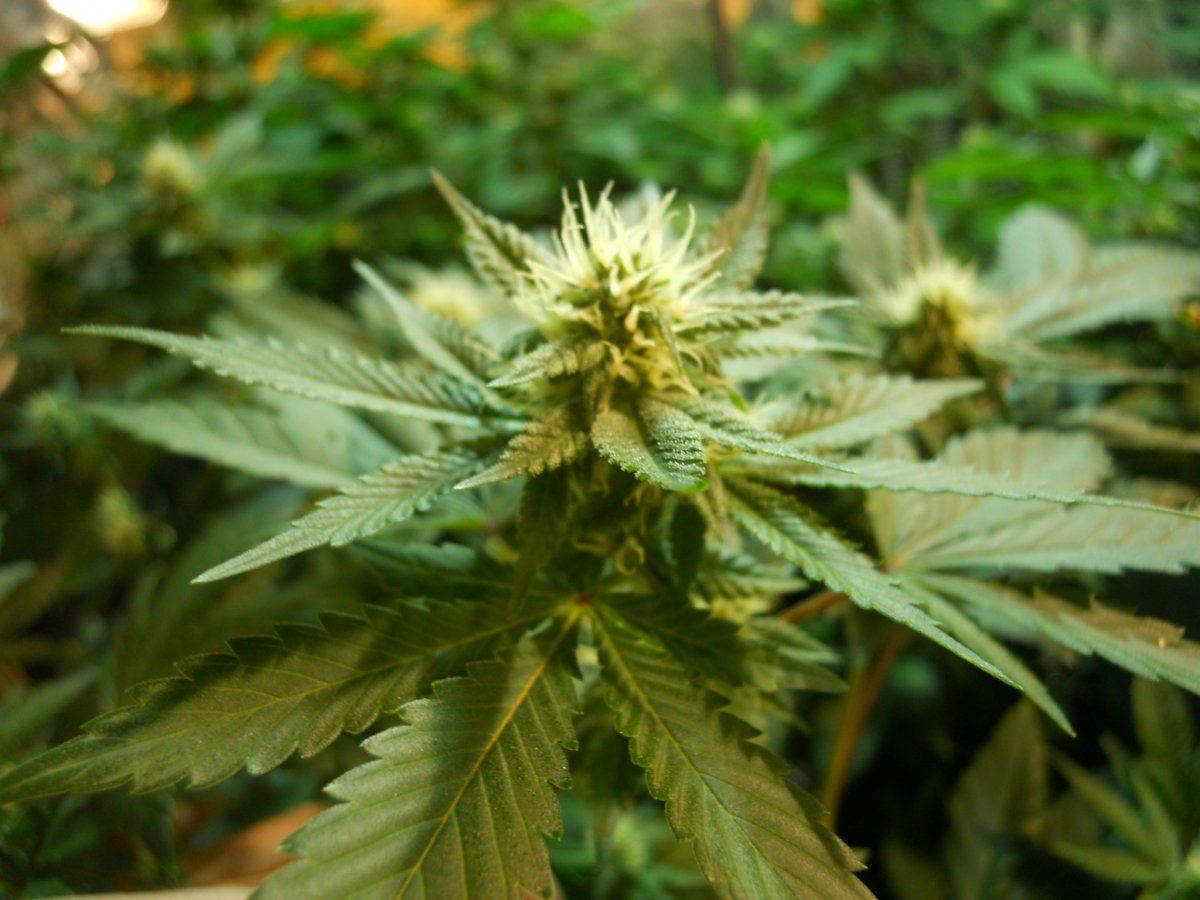 Hi chranotik, hope all is well your way.

Did you get to finish these UDD and White Stardawg?

I just harvested two diff. phenos of UDD and they are the bomb! Both got a strong pleasurable taste, one is pure lemon/lime candy and the other pheno is strong citrus and fuel!

Mine never fully hermined but while trimming I did find a male flower in one of the tops. No seeds in the buds though. They were taken down @ 11 weeks and a few days (seed plants).

What I did notice fromt hese plants both in veg and flower is that they are a little more nutrient sensitive than most of my other plants so I got to keep an eye on the strenght of the nutes given to them.

With all that said, these herbs produce some of the tastiest, potent smoke and vapors, and the oil made from it is out of this world!

Next round of beans popped, if I find a good male, it's got some nice ladies just waiting to get prego!
M

how do i get ahold of top dog seeds.?

Top of page some are up for auction on thcbay now. Just click the icon and good luck :winking0067:
H

Smoked on some white d the other day and it was bomb! Didn't quite blow my mind like the star dawg, but the flavor was amazing and the bugs were large.
You must log in or register to reply here.

Did I manage to stunt my seedlings? And what went wrong?

Seedlings getting twisted leaves after transplant