Will Decomposing Marijuana Smell in Yard

Will it smell strong if I pitch the extra leaves & such into my backyard? I live on an acre of woods & vines so nobody will see it but I'm concerned about smells. It seems like if it's not burning it would probably smell like any other vegetation but I don't want my neighbors to find out the hard way. Last grow I pitched the leaves in the trash but there is risk in that since our trash collection is at the local county jail. We sealed the bags up tight but I'm concerned that if one got punctured as we were leaving someone's gonna know what that smell is. This would be leaves, stems, & popcorn buds.

Do you have a grass catcher on your mower. Just toss it out there, then dump your grass cuttings on it.
We are all searching for someone whose demons play well with ours.

I put mine at the bottom of compost pile. Never smelled anything until the volunteer that came up was almost ripe. 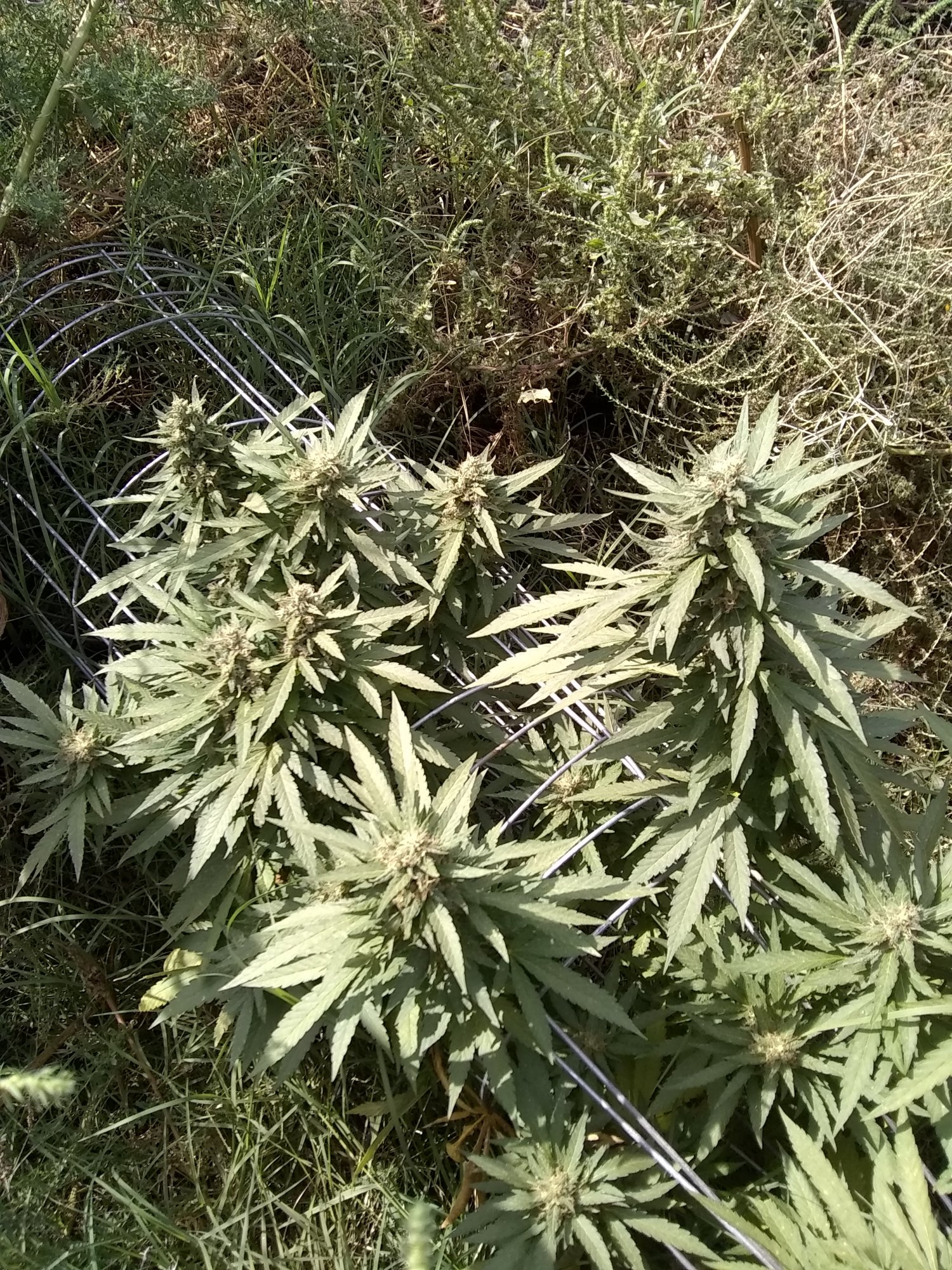 growsince79 said:
I put mine at the bottom of compost pile. Never smelled anything until the volunteer that came up was almost ripe.
Click to expand...

If you throw it all in a Compost heap with other grass clippings, food waste from the kitchen, etc. I can't see where anyone would smell it. Are we talking LARGE Volumes here? I mean: BALES of leaves, stems etc?

We all endeavor to avoid detection by Police. Even in Legal States, it's never a good thing. Suggestion: Throw it in a pile, just before mowing your lawn, then dump the lawn clippings upon it. Monitor the pile for sprouting plants. If it's High Summer & somewhat humid, it's all going to smell like grass clippings anyway...just a Green Mess.

Are open fires allowed, where you live? <<< only if absolutely necessary.

P.S.: I would definitely avoid putting it in your trash anymore. Too many Waste Co. employees paw through such trash, looking for paint in cans, etc.

Thanks everyone. I have a lawn mower but last weekend I couldn't figure out how to add the grass catcher. I didn't think that mowing over the weed would be so great though. It's probably release all the smell at once and make a pleasant aroma for the entire neighborhood. LOL. We're talking small quantities. Three cured mason jars of a strain I did not like (gives me headaches) and leftovers from one plant once I harvest it.

Don't mow over the weed scraps! Just dump them and put other stuff, like grass clippings, on top of them. If it's just a little, you can run them in a garbage disposal, except the stems, they can be tossed in the woods, they are just another stick to most viewers. But, seriously, you should have a compost pile for everything, not just weed debris.

The grass clippings on top makes it great because the grass has its own pungent smell so the weed won't be noticed. Then there's some otherworldly karma thing going, knowing a bad plant went to the new dirt for a new plant... It's just very "cycle of life" great.

I don't have a compost pile specifically, but non-edible vegetation is usually pitched out the back to decompose and feed the weeds. Most of our property is undeveloped. We pay for trash by the bag and need to take it in. Rural trash pickup is too expensive vs just taking it in yourself. We don't put anything out there that will attract insects or scavengers though. Just the green stuff.

Do u live in a dry area?
it ll smell for few days...dont put it on the border of your property...if is up to a contractor bag no issues at all...it wont reach nobody
It will decompose faster and loose the smell if you water it with some Nitrogen or sugars...
even pee will b good....but seems desrespectful!

Save all the popcorn budz!!!

Burn it in the firepit with some pine, use the ash.
You must log in or register to reply here.

5 plants growing in the balcony started flowering then moved it inside my studio–no tent or uv lights, how to prevent the smell in the corridor?

My basic guide to growing cannabis

S
A Morning Read With Coffee: - First Grow, a Couple Pics & I Need a Little Help