Ok so a friend of mine took a crack at growing after i turned him on to the grow bible by jorge cervantes and the dvds and long story short he grew 2 plants from bagseeds: nyc haze and an unknown "kush". now the unknown was heavy indica and had a sweet gdpish smell to it when it barely had one node:icon_spin: very nice structure grew like pyramid almost lol after 4weeks of veg you would have thought it was 4weeks into flower so he had high hopes for her.........but she was a HE!!! he didnt realize til it was too late and ended up with some nice beans in his haze :) the haze mom came from a yellow seed but grew strong and had a sweet saddlewood smell/taste with a soarin head high when she was done at 12weeks(still cant believe she came out a she and healthy lol). so my boy had some bad grows (do to being a know it all lol) and took a break for a while but wanted me to make a stable strain for him since he said the bud from haze he grew and then kush he bought were the "finest" trees he ever smoked so i promised once i got a chance id work on it and call it "jay's finest kush" aka jfk cuz everybody calls him "J"(arent i nice lmao). So yea heres some shots of the beans, couple days old and today at day 13! 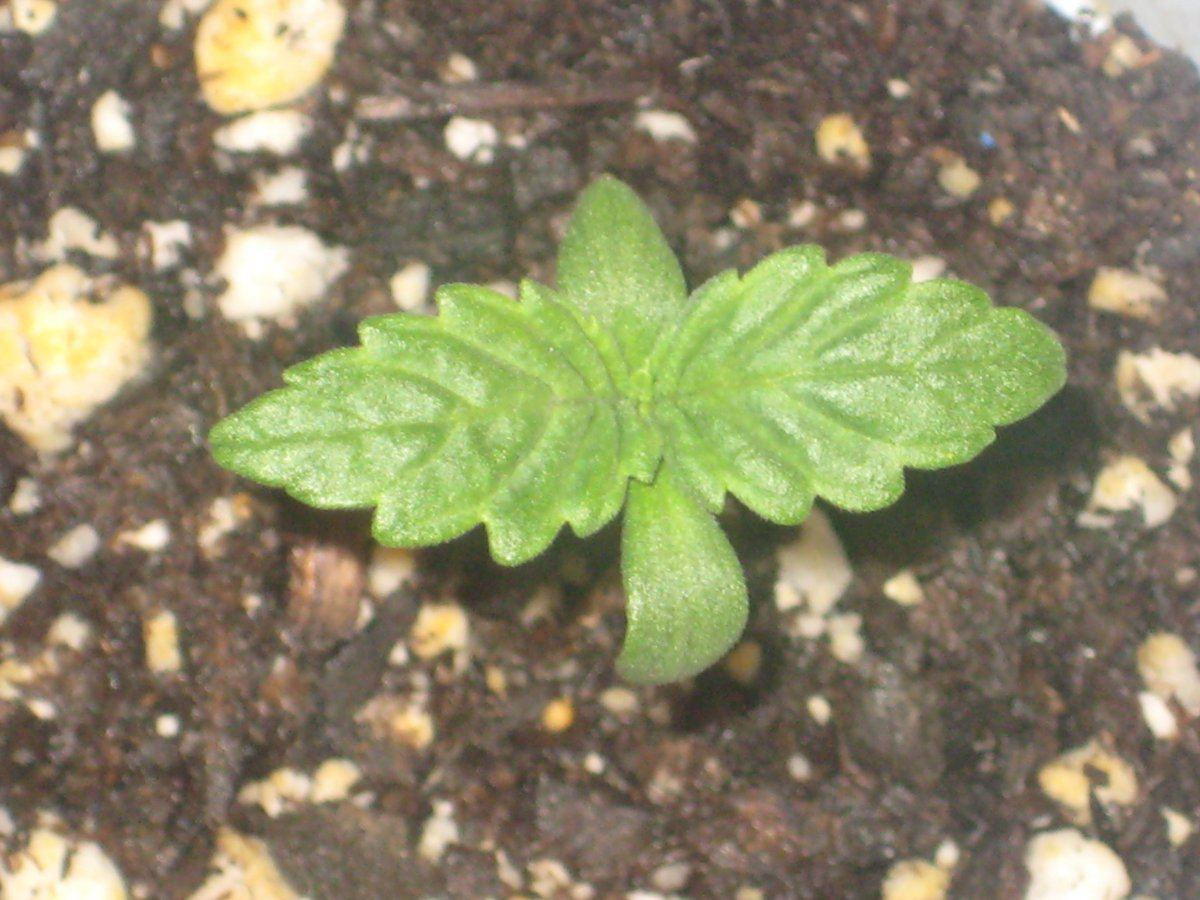 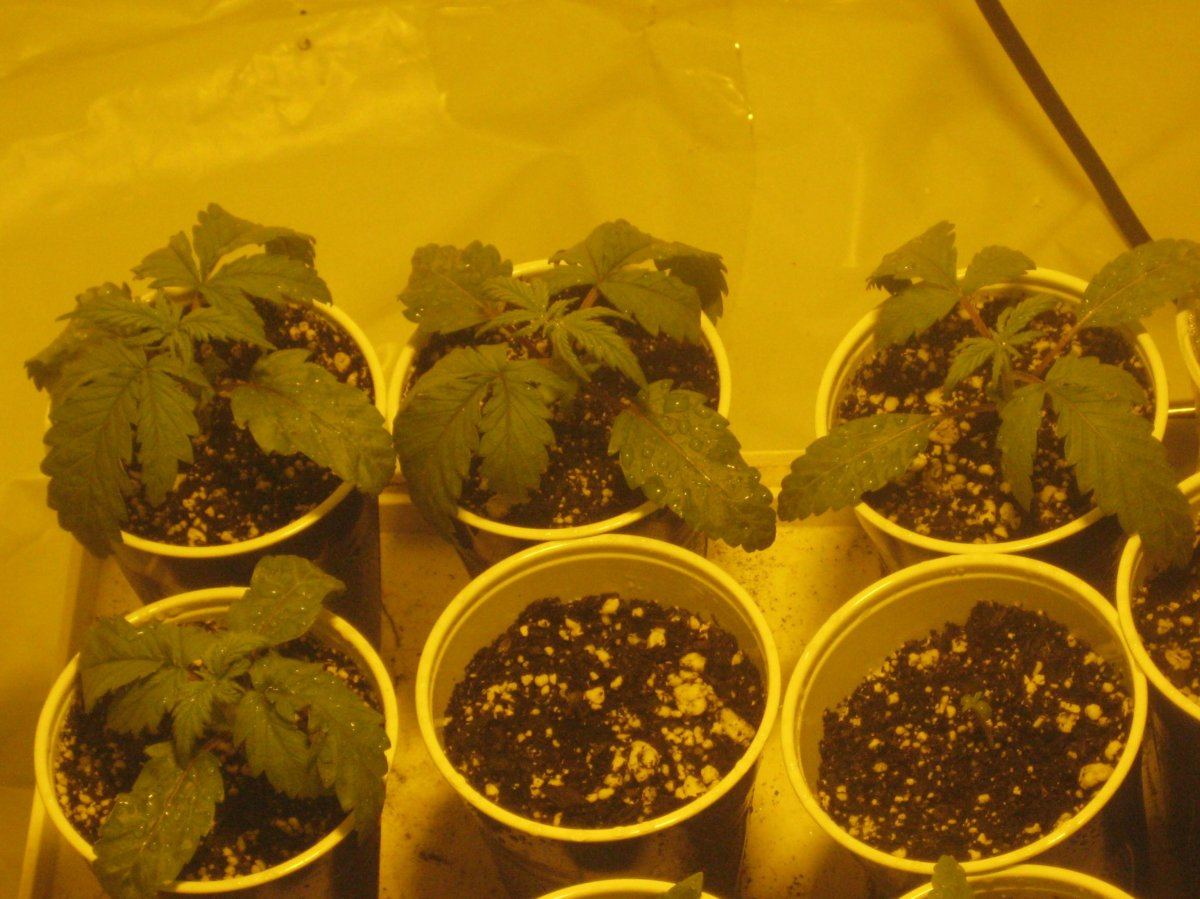 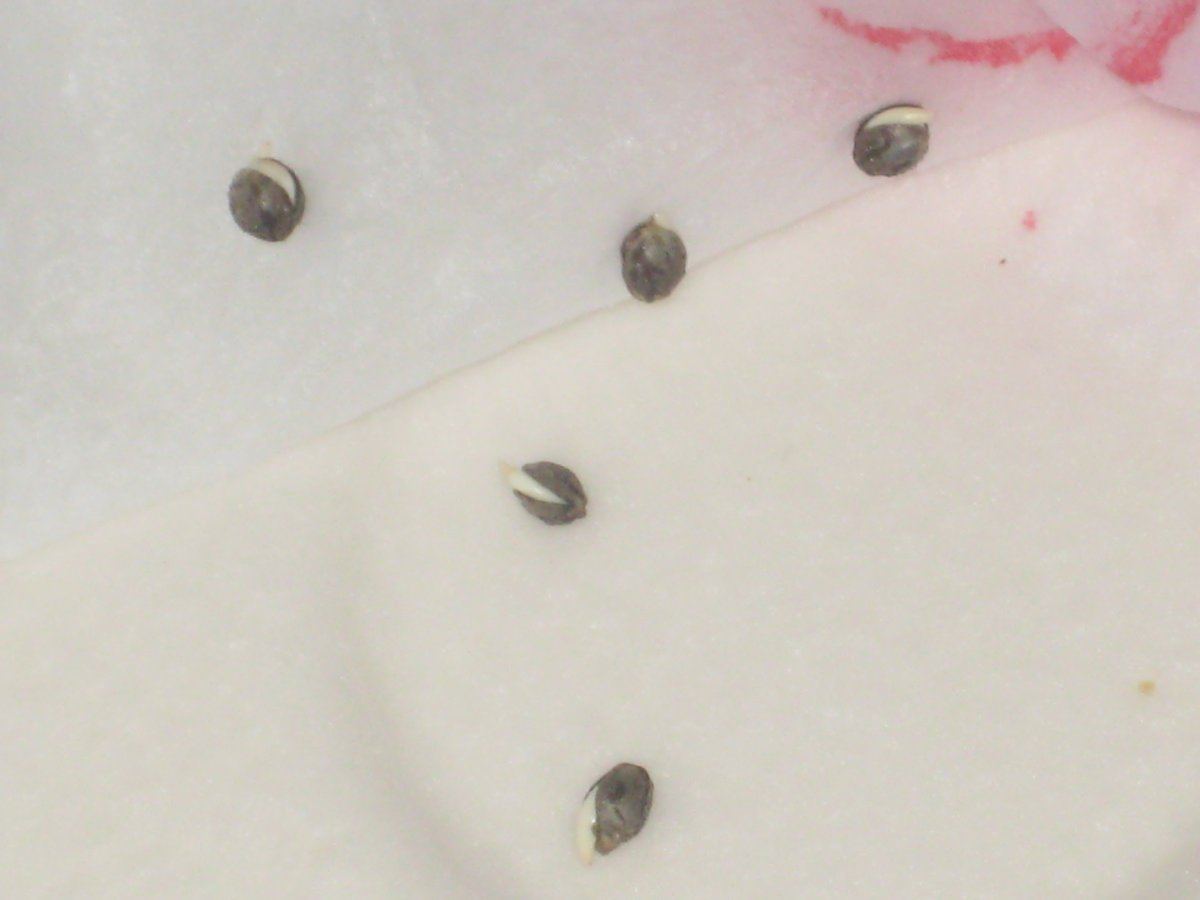 this is the dads pheno 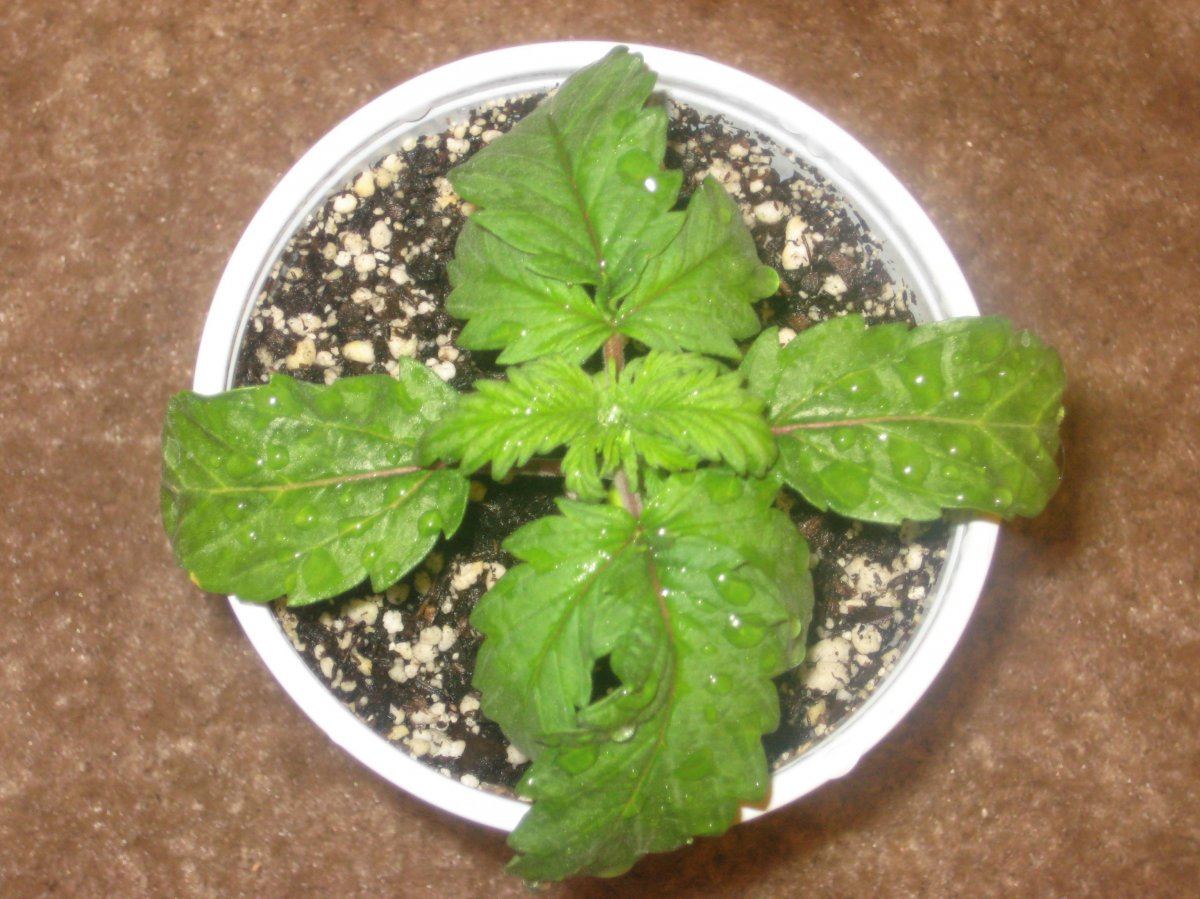 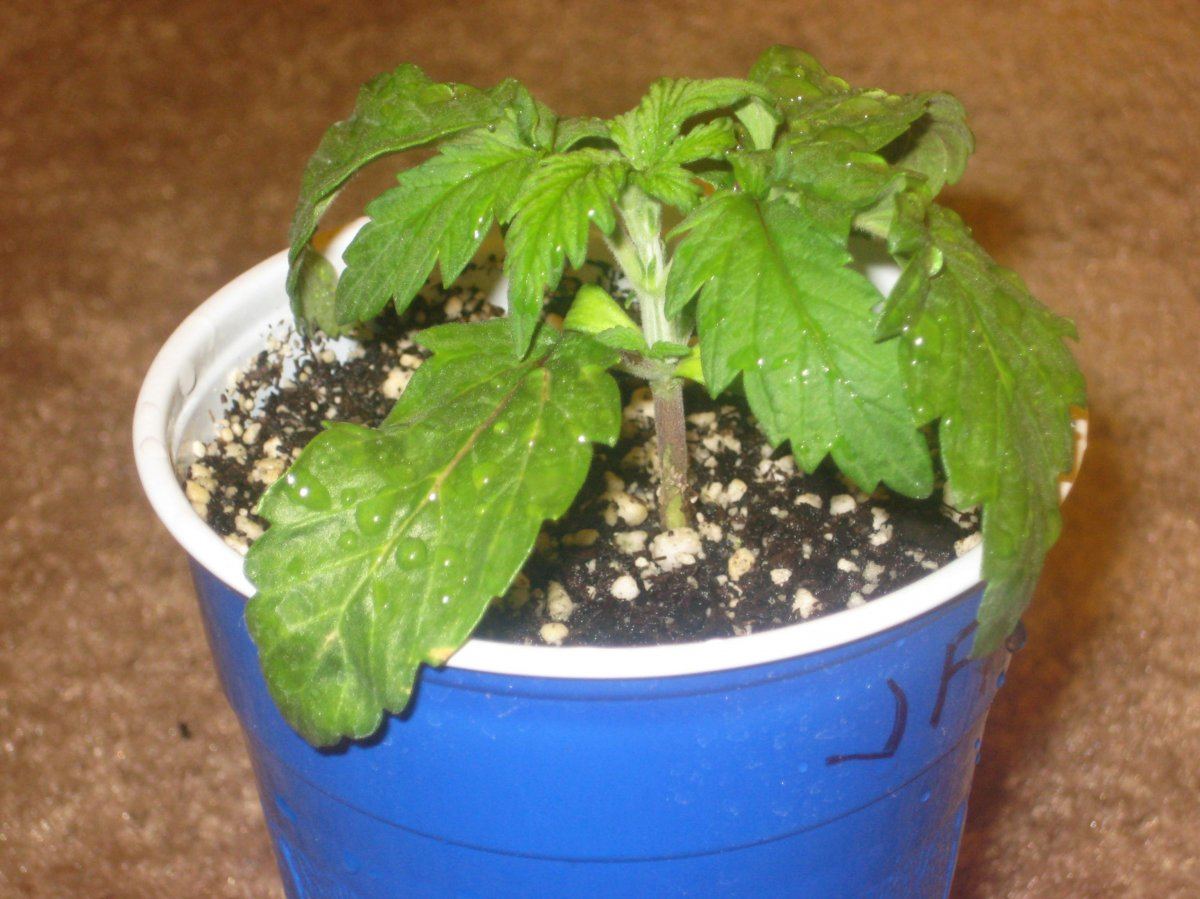 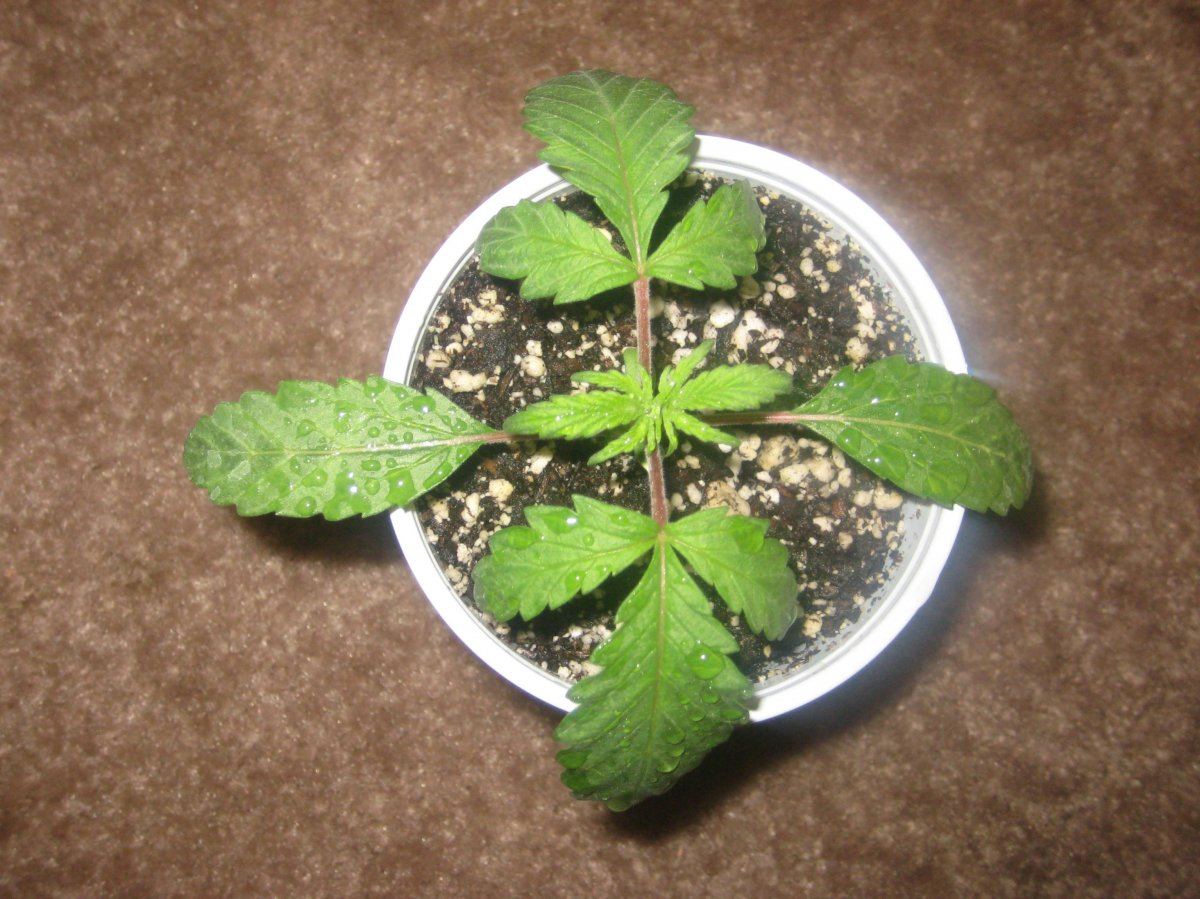 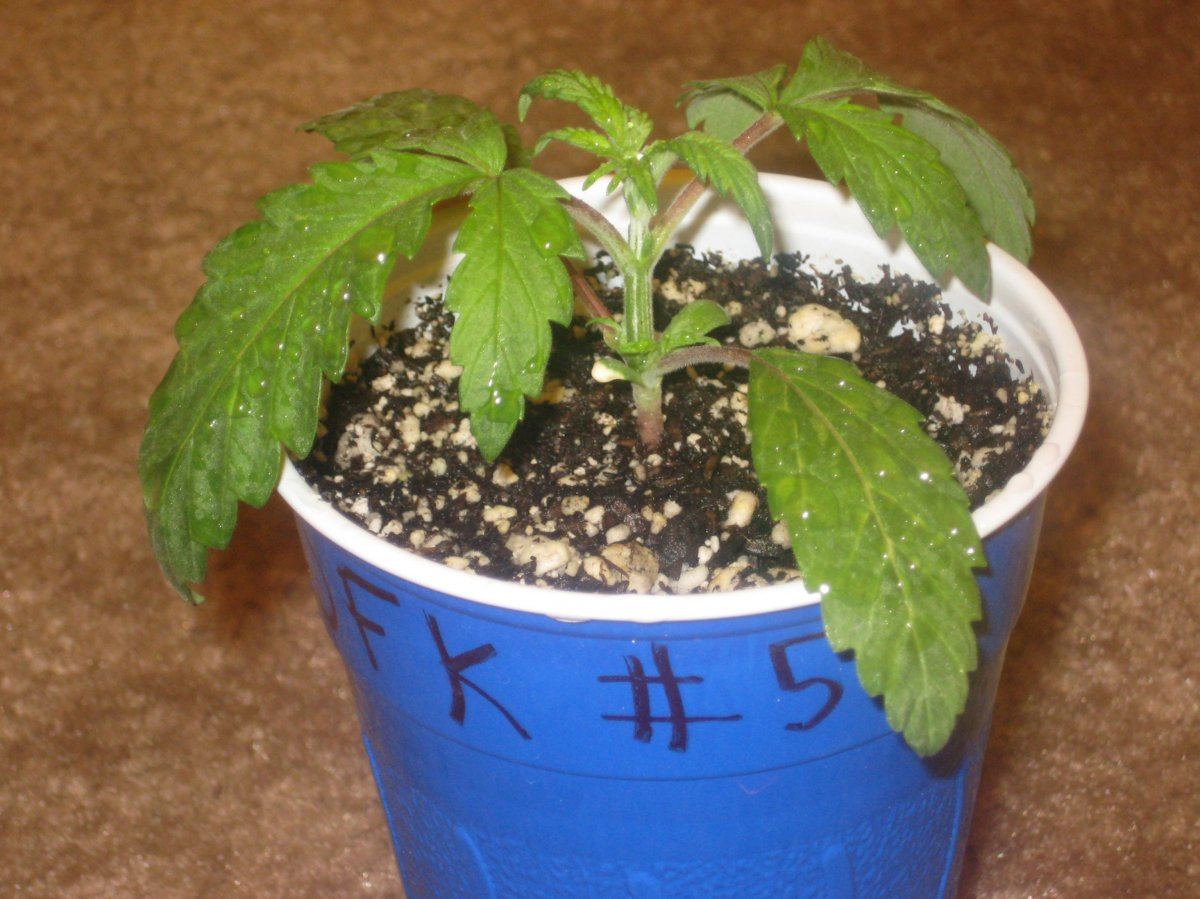 so i have 3 hybrids (one not shown cuz its mutant lol) 2 of which are shown here. i cant wait to see how these turn out i hope i get lucky and get a mom and a stud :icon_animal26: but we will see. this is my first crack at breeding and im excited to see what i can come out with; i like makin something out of nothin :) so anybody wit me for the ride? :) 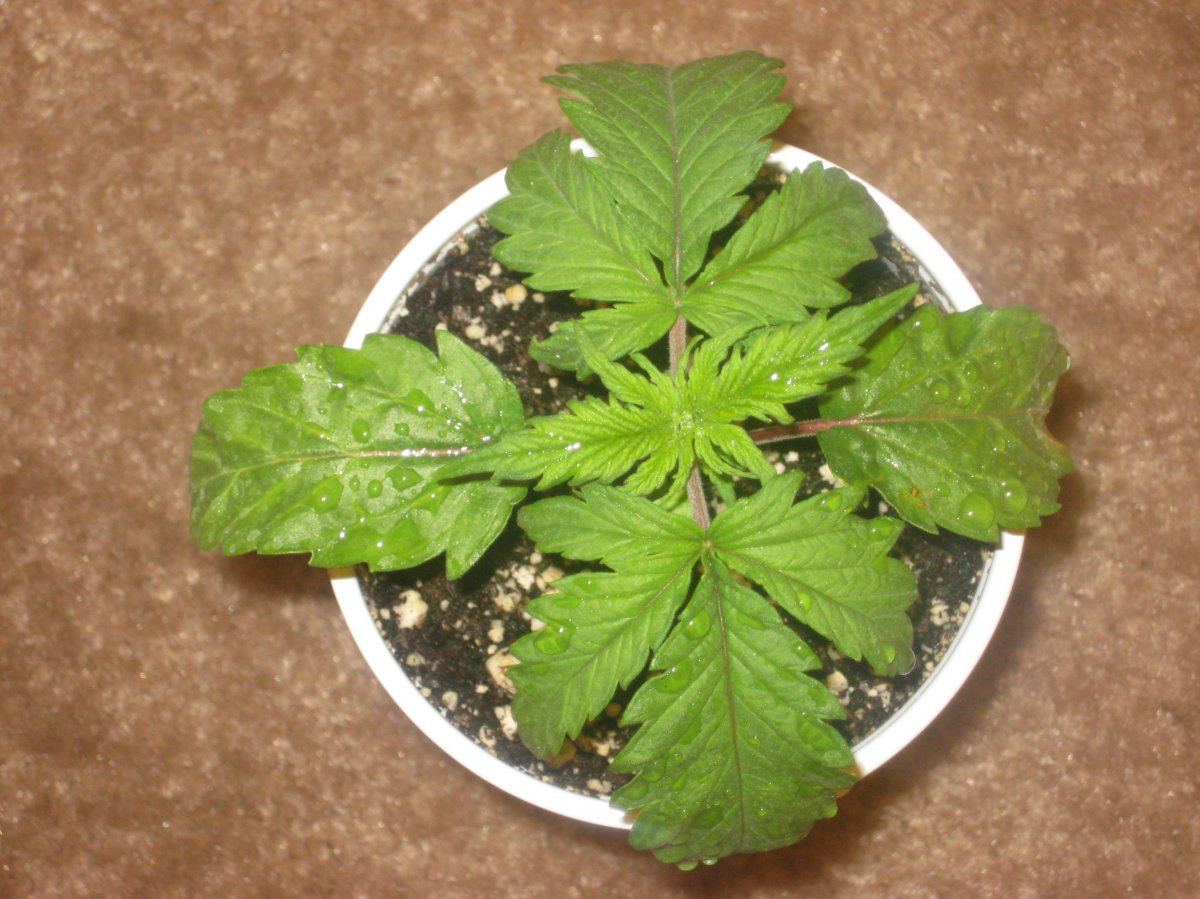 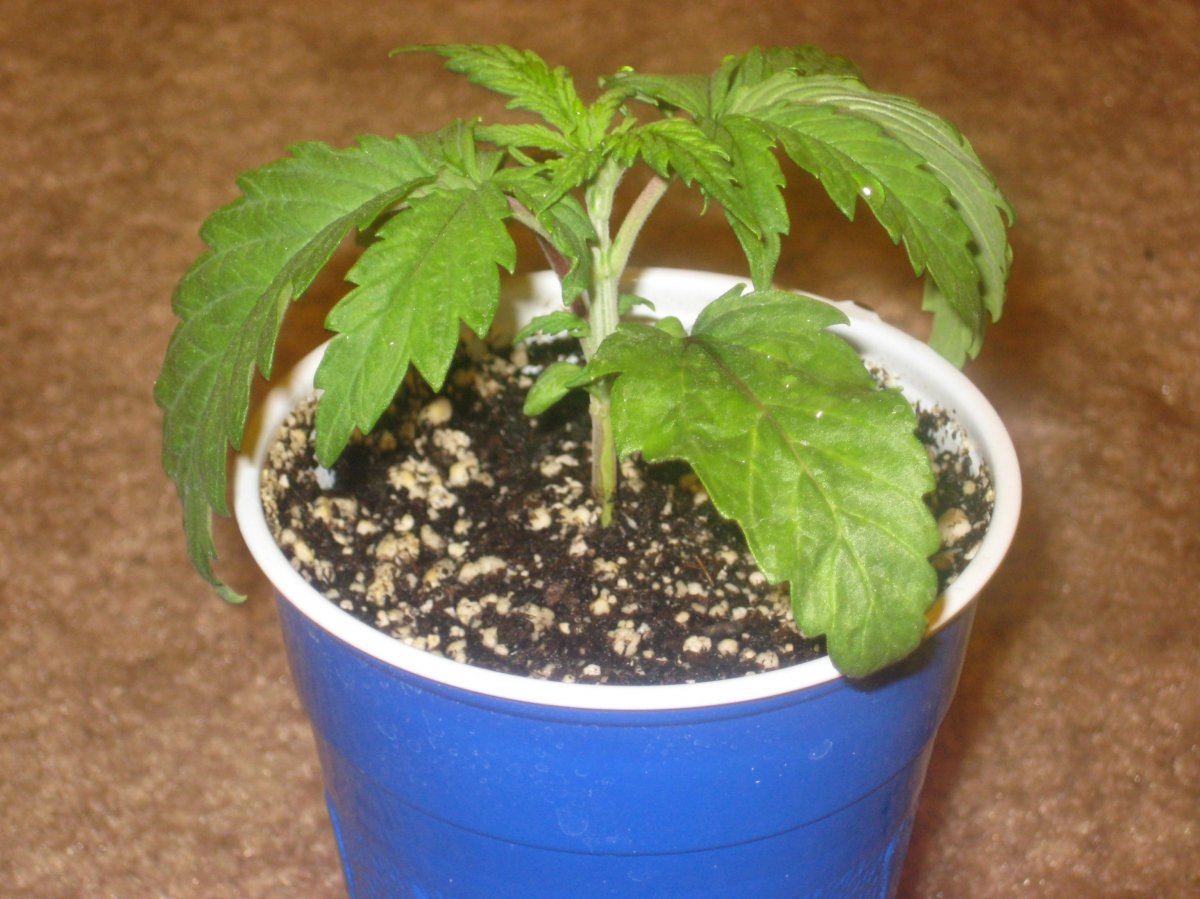 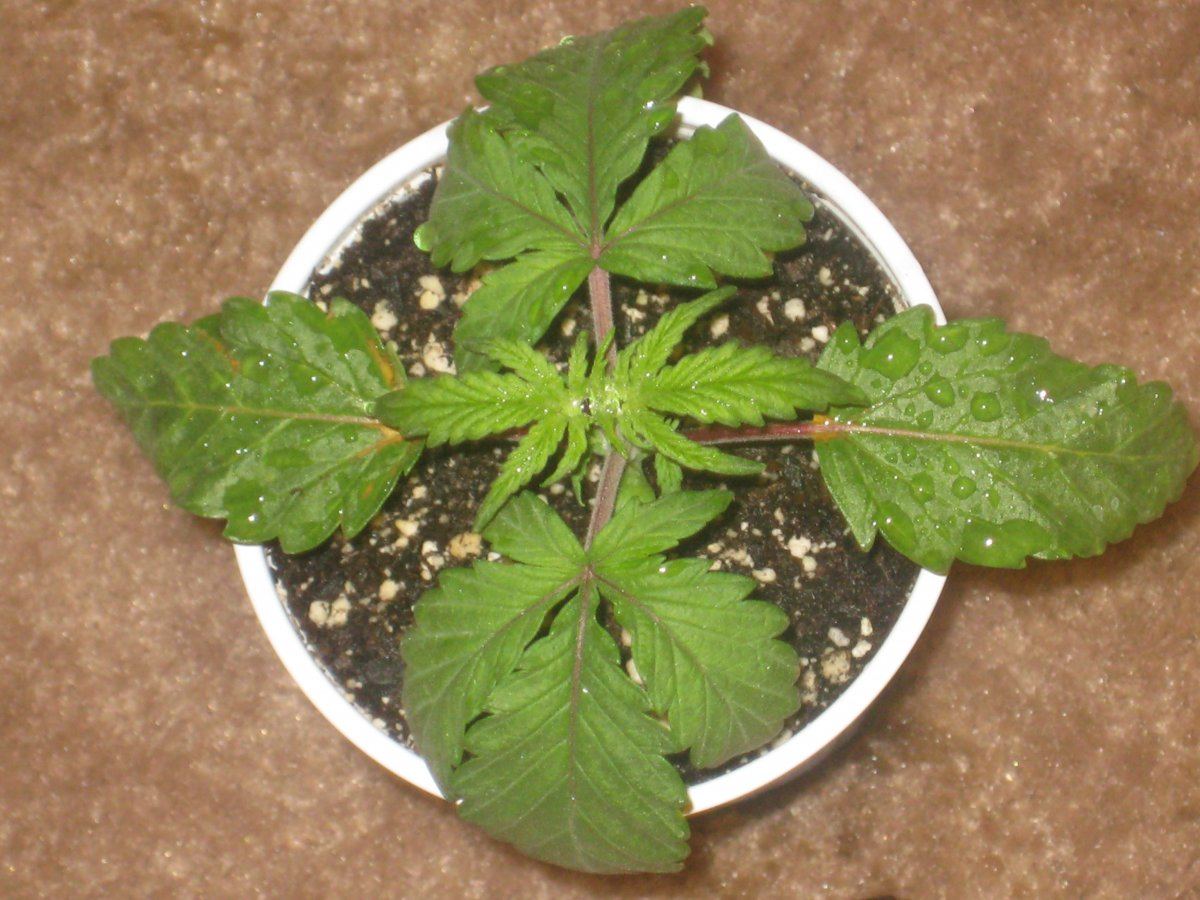 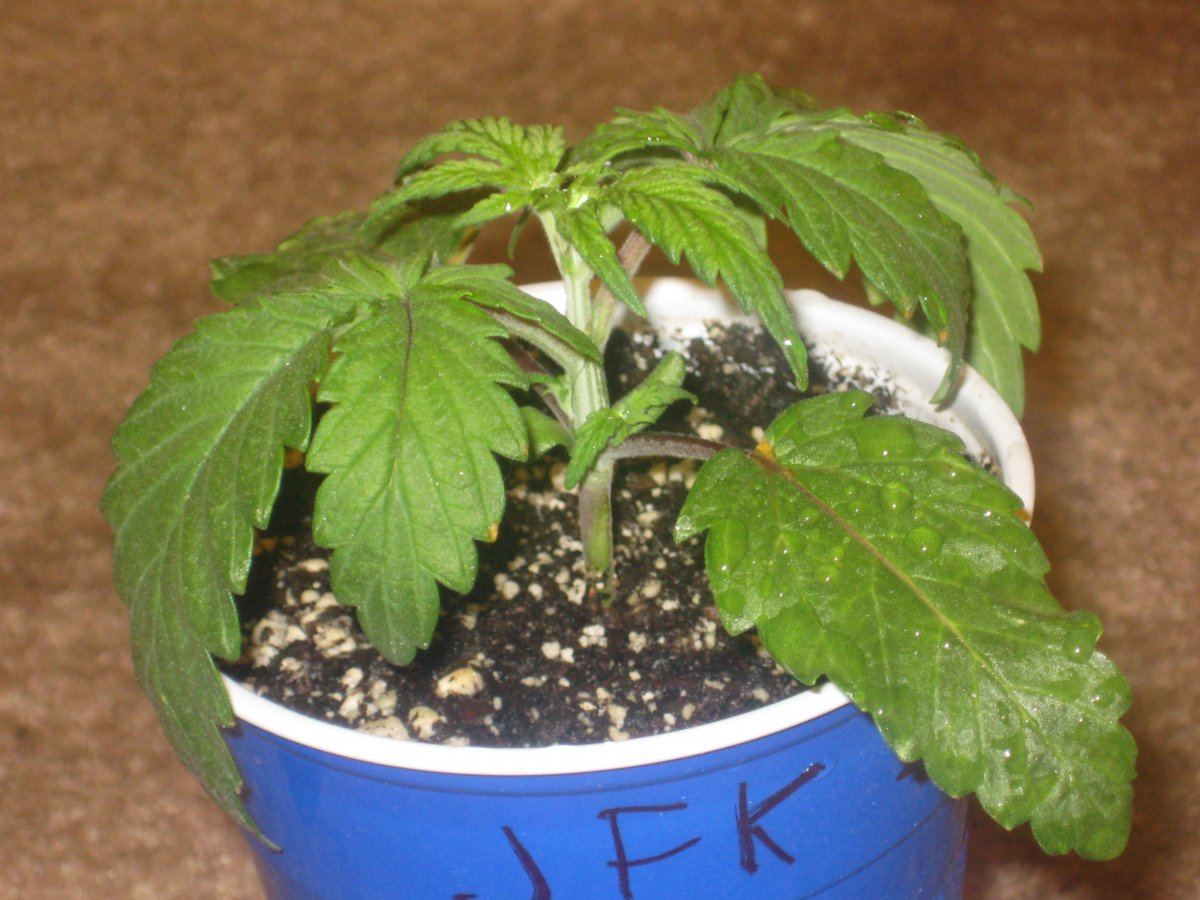 Sounds ill dude. Being from ny, I can say the haze's we have are some of the best. Legit nyc haze will rip your head off. Can't wait to see what comes of this.

yea man i used to live in jersey and had peoples uptown that had that "piff" not that so called but u already know how that go lol so my man found one bean in a qp and said fuck it and it came out serious! so im sooped cuz the combo i think is gonna be lethal! thanx for stoppin through my dude ill keep ya posted!


haze89 said:
Sounds ill dude. Being from ny, I can say the haze's we have are some of the best. Legit nyc haze will rip your head off. Can't wait to see what comes of this.
Click to expand...

I'll do what i can, but it's your fault for listening to me. :rofl

sounds good bro. im ma big fan of nyc haze.
Follow Your Dreams and You Will Never Get Lost

glad to see u here KT :) yea man i love some good haze and this mom was rockin took me back to 96' when the fire was around lol so im hopin for something special :) once i do this then i can start my ari/mexican brick/christmas bud project :)

i just rubbed the leaves of each one and 4 have smell :) the dad pheno has a sweet skunky smell too it and ironically so does the mutant lol hy1 has the same smell but not as potent hy2 haze more of a hazey smell to it and the mom pheno still has no smell :( but we will see what happens!

So the jfk are a day over 2 weeks and doin pretty good! heres a few shots (pardon the TP they are hidin out in the bathroom until the complex manager inspects my apt :( lol) 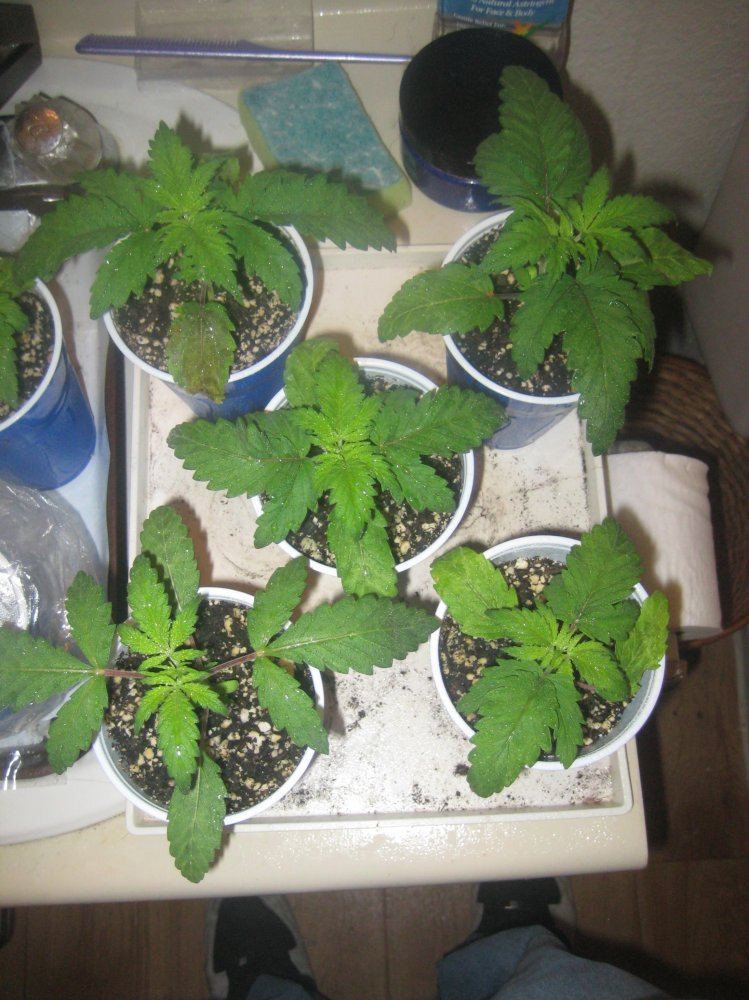 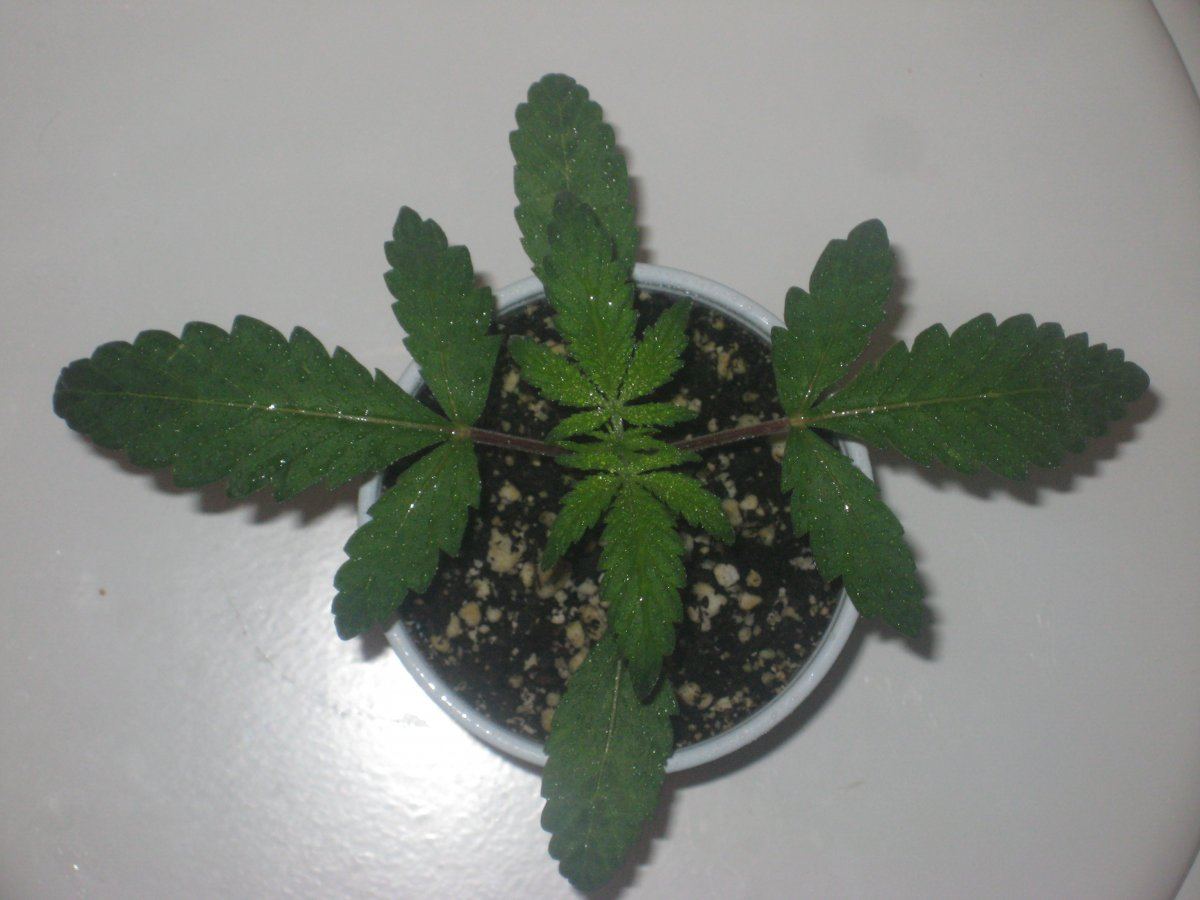 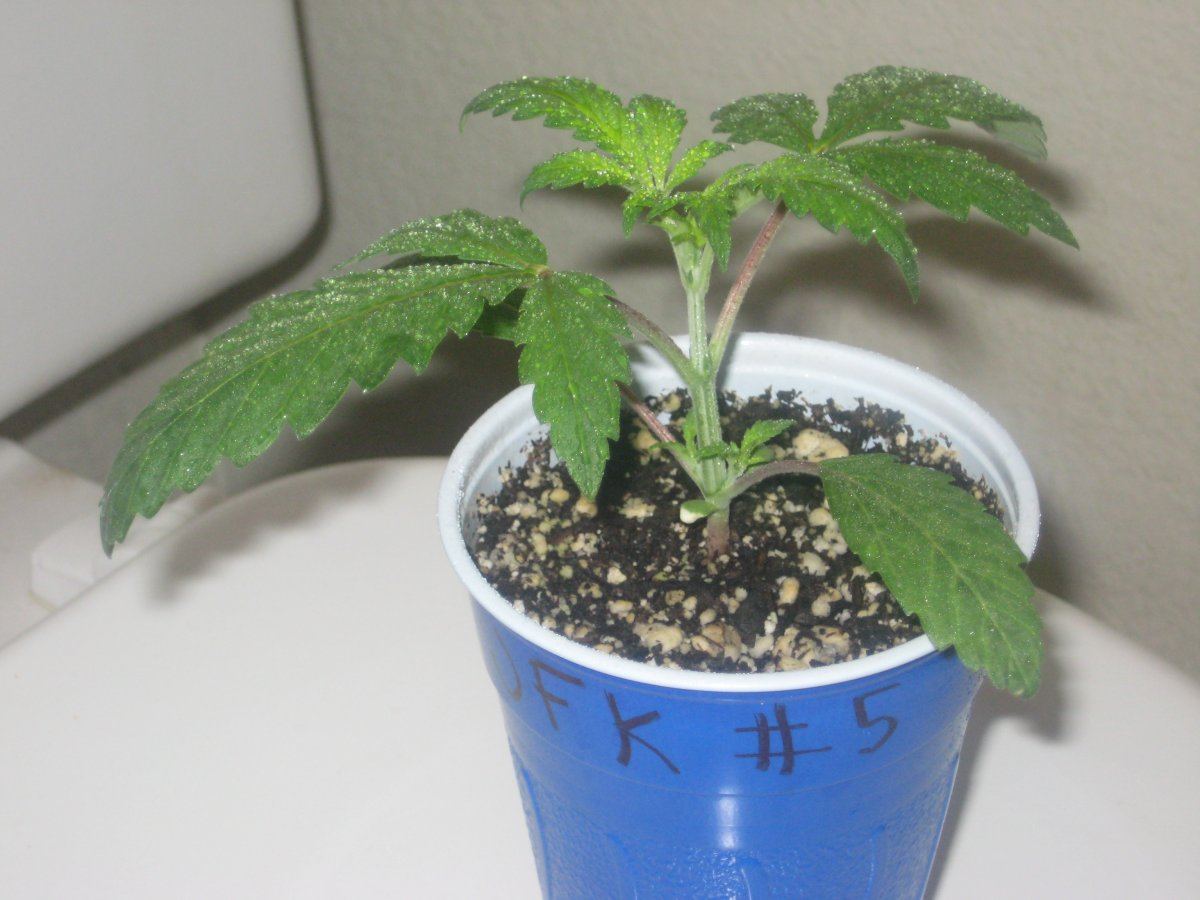 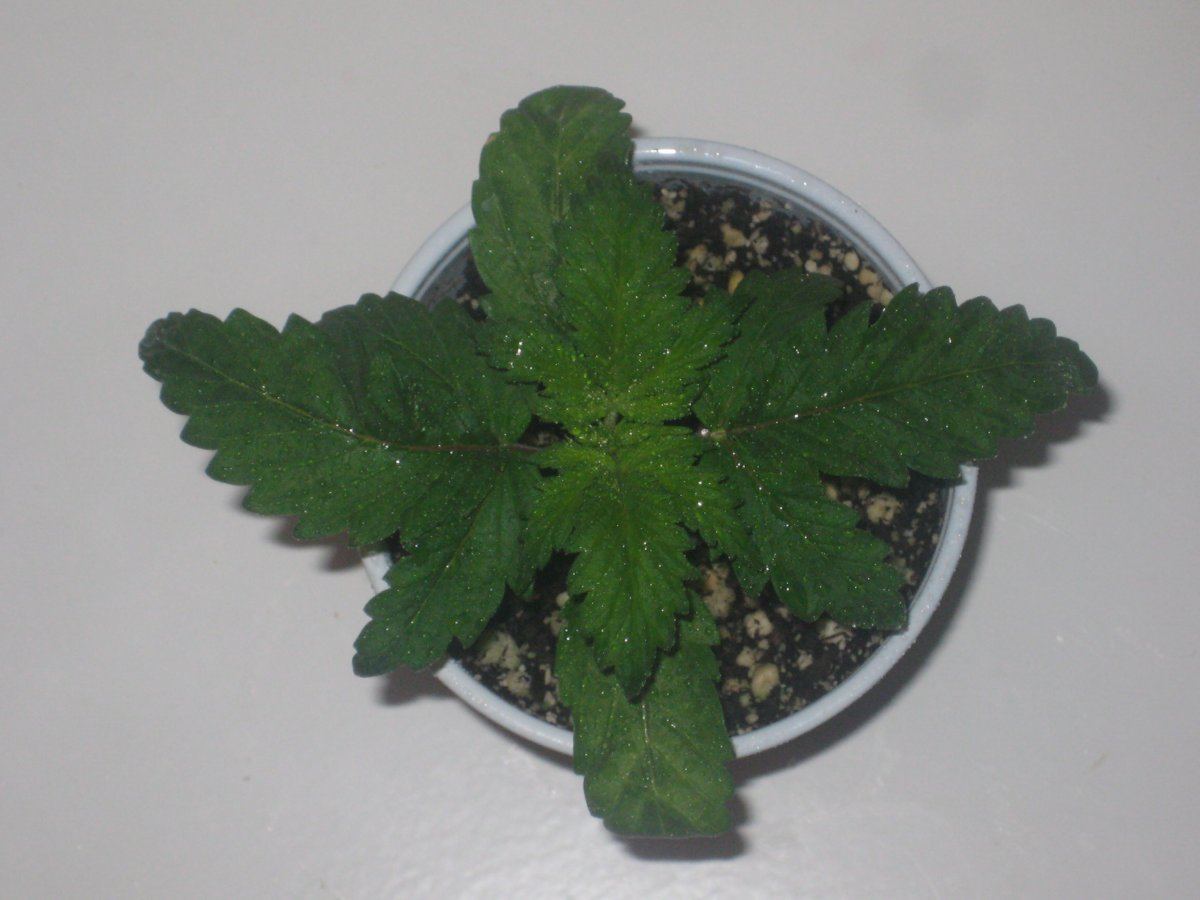 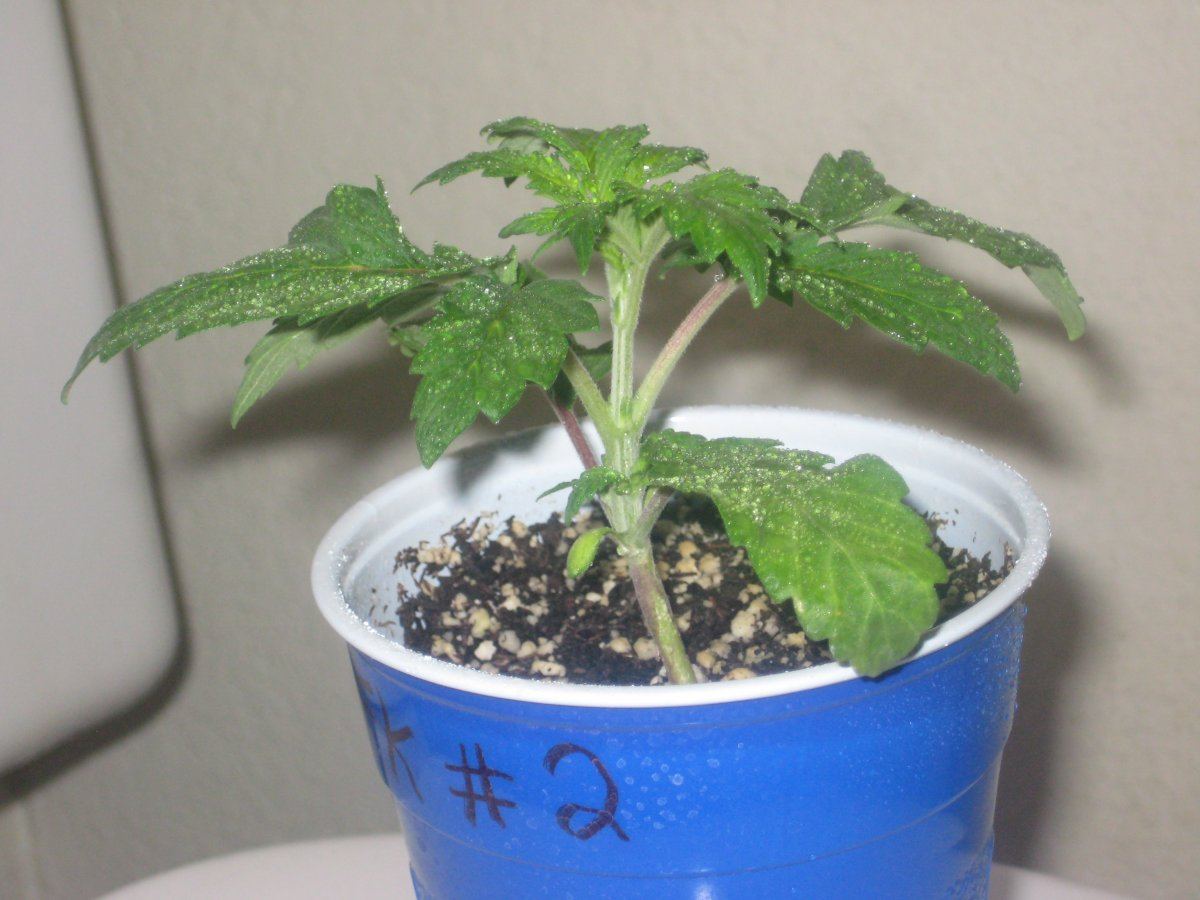 here's hybrid 1 and 2. hy1 seems to have something goin on with 2 leaves they are turning brown to yellow at the tip on one anybody know what it could be? i havent given nutes yet, they are all in happy frog and gettin watered with RO so i dont have a clue :( 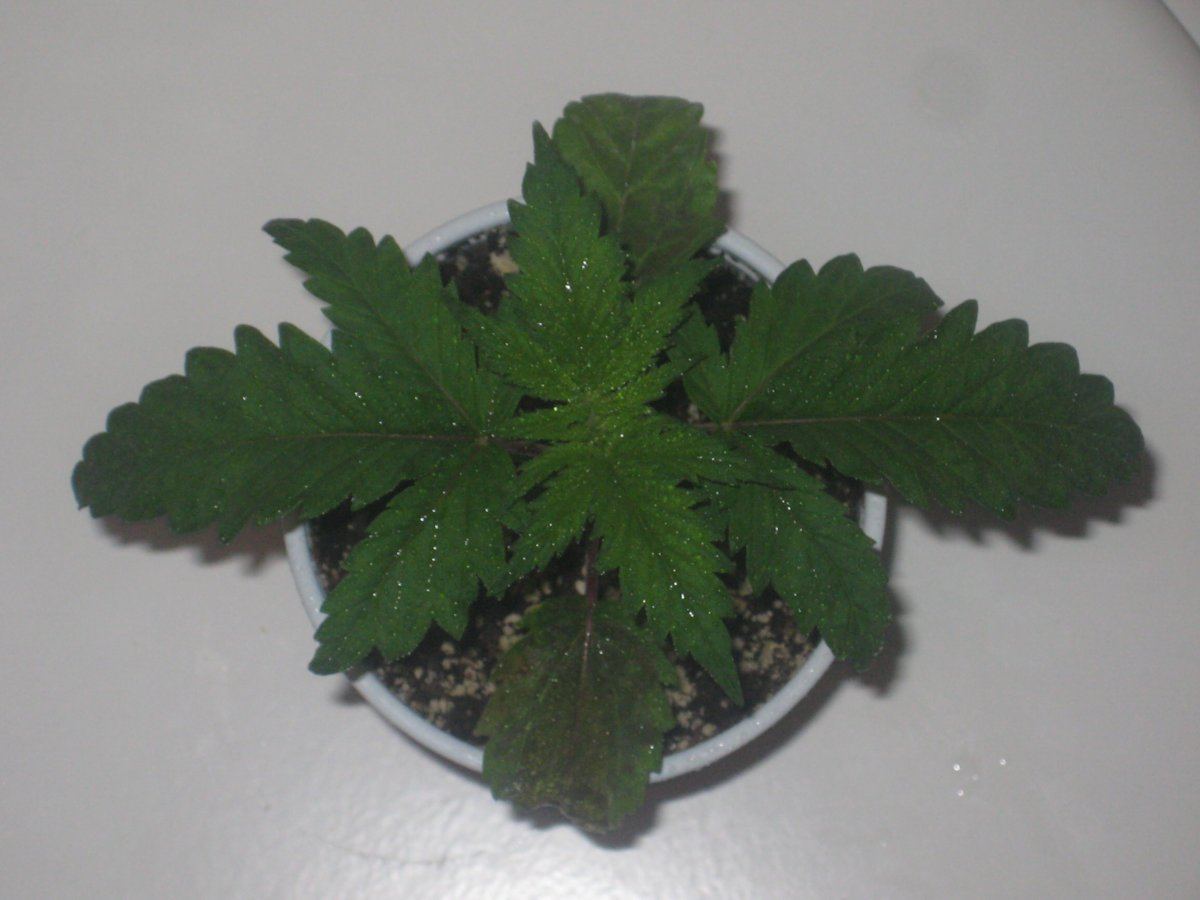 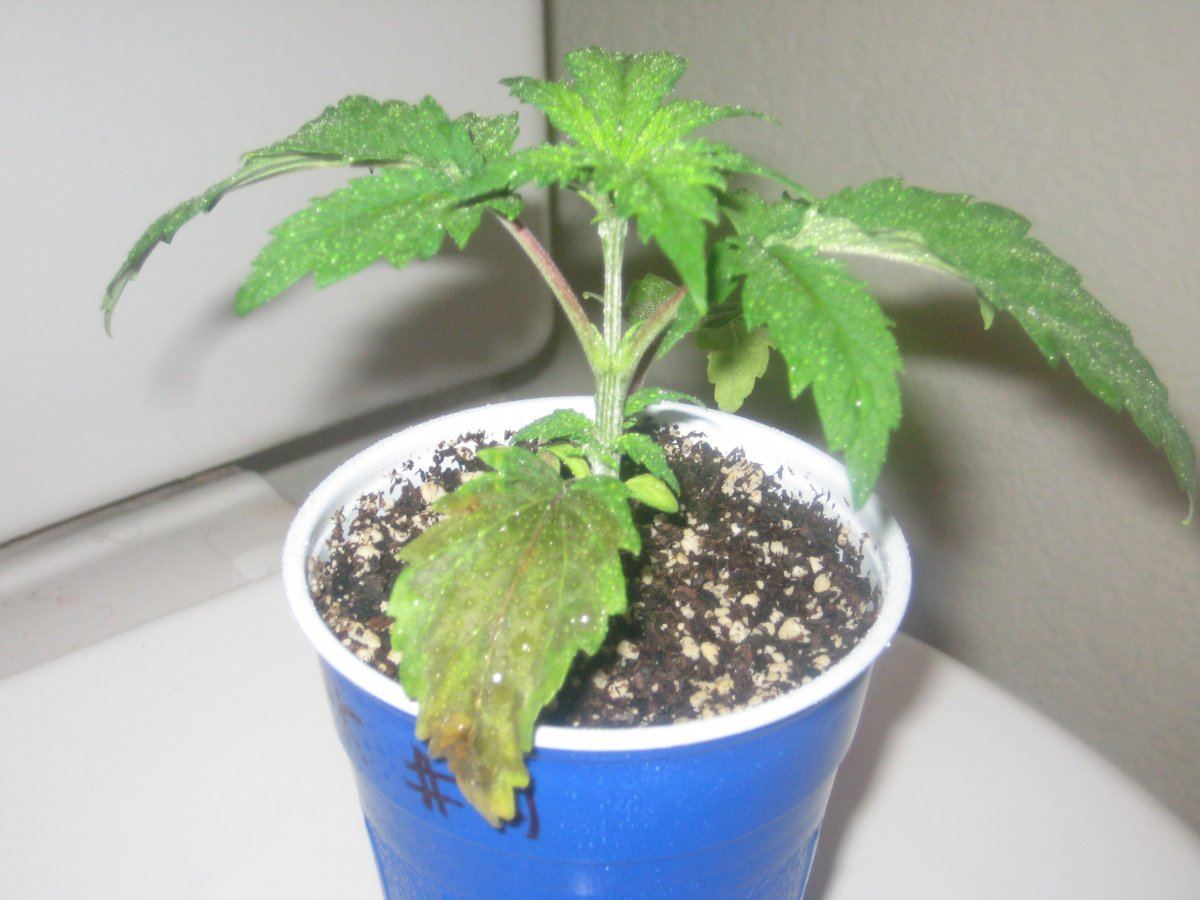 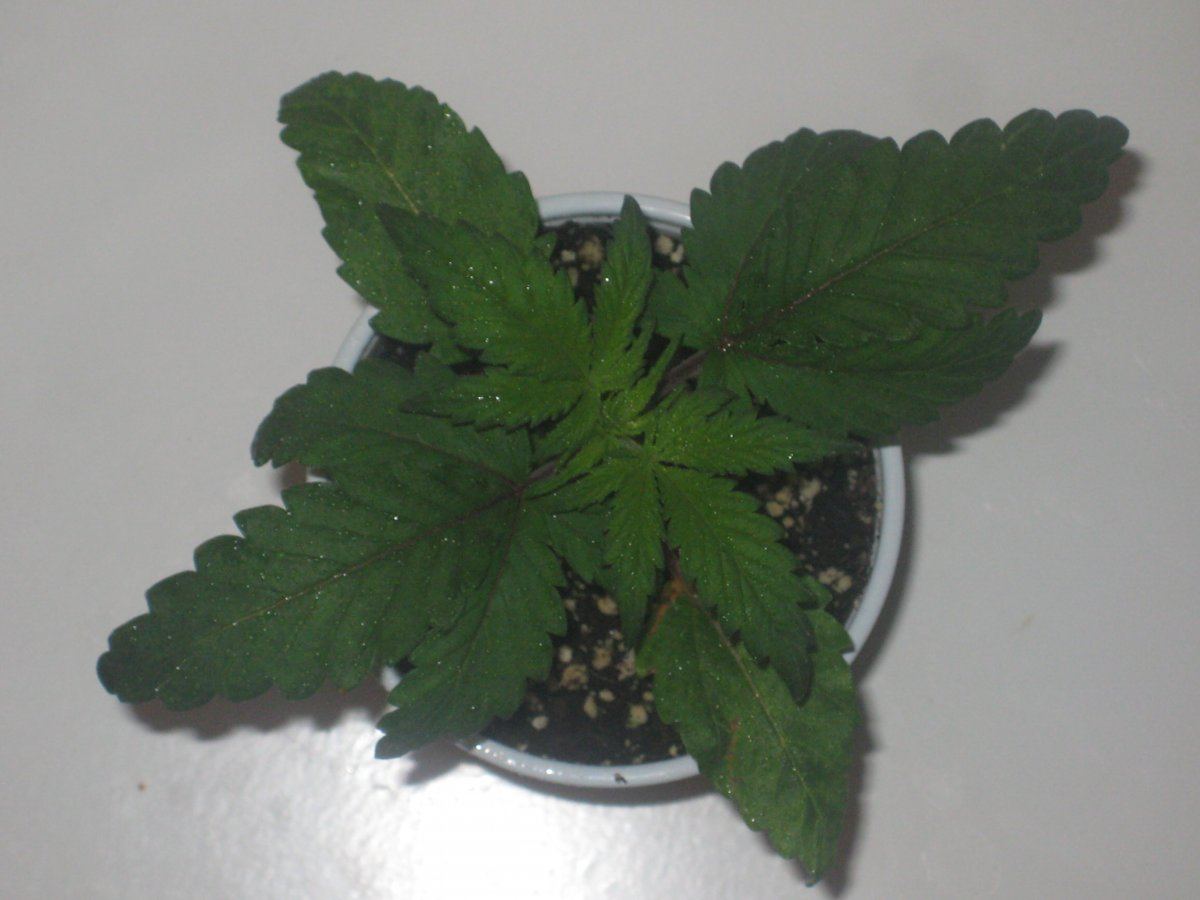 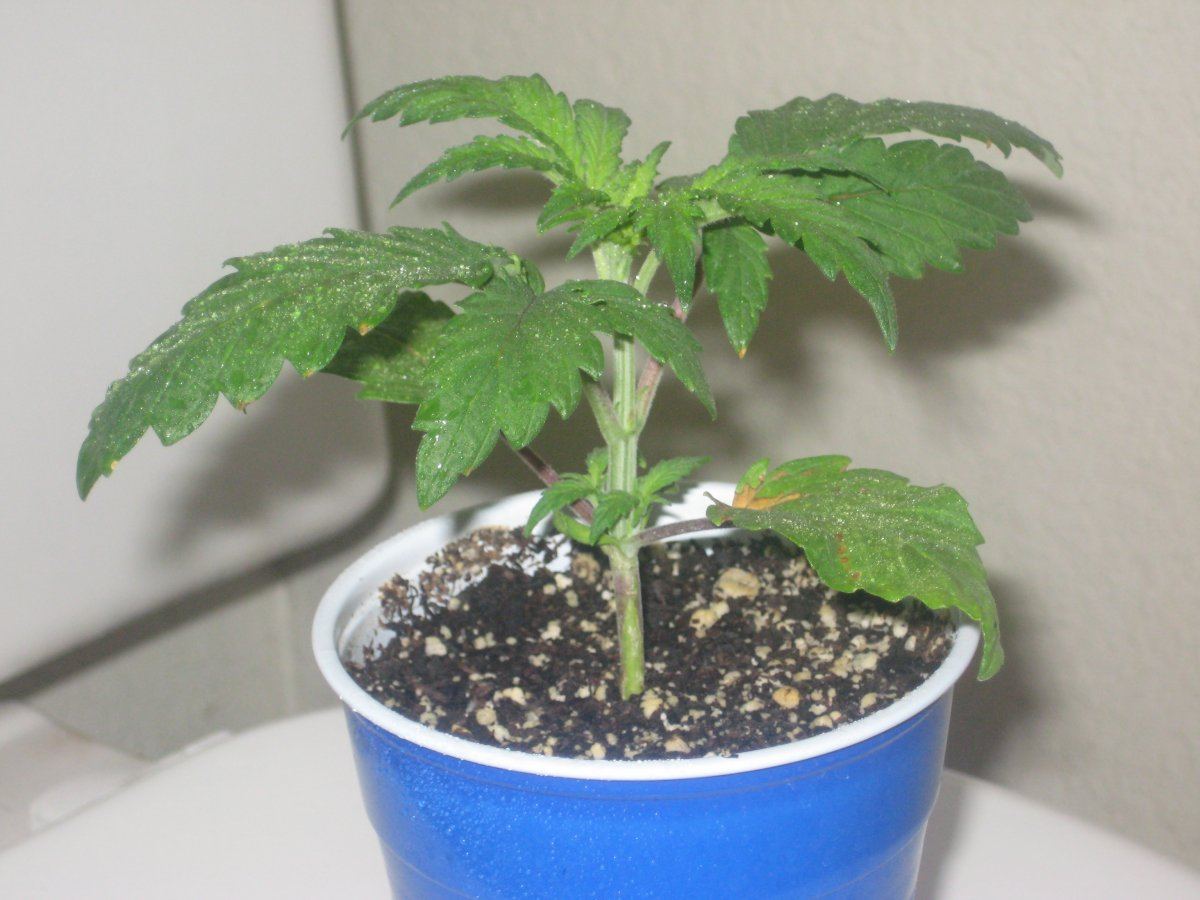 last but not least (kinda lol) is hy3 aka twisty leaves lol this one has the most smell out of the hybrids and is also the shortest and most weird lookin lol so thats where im at now :free-character-smil 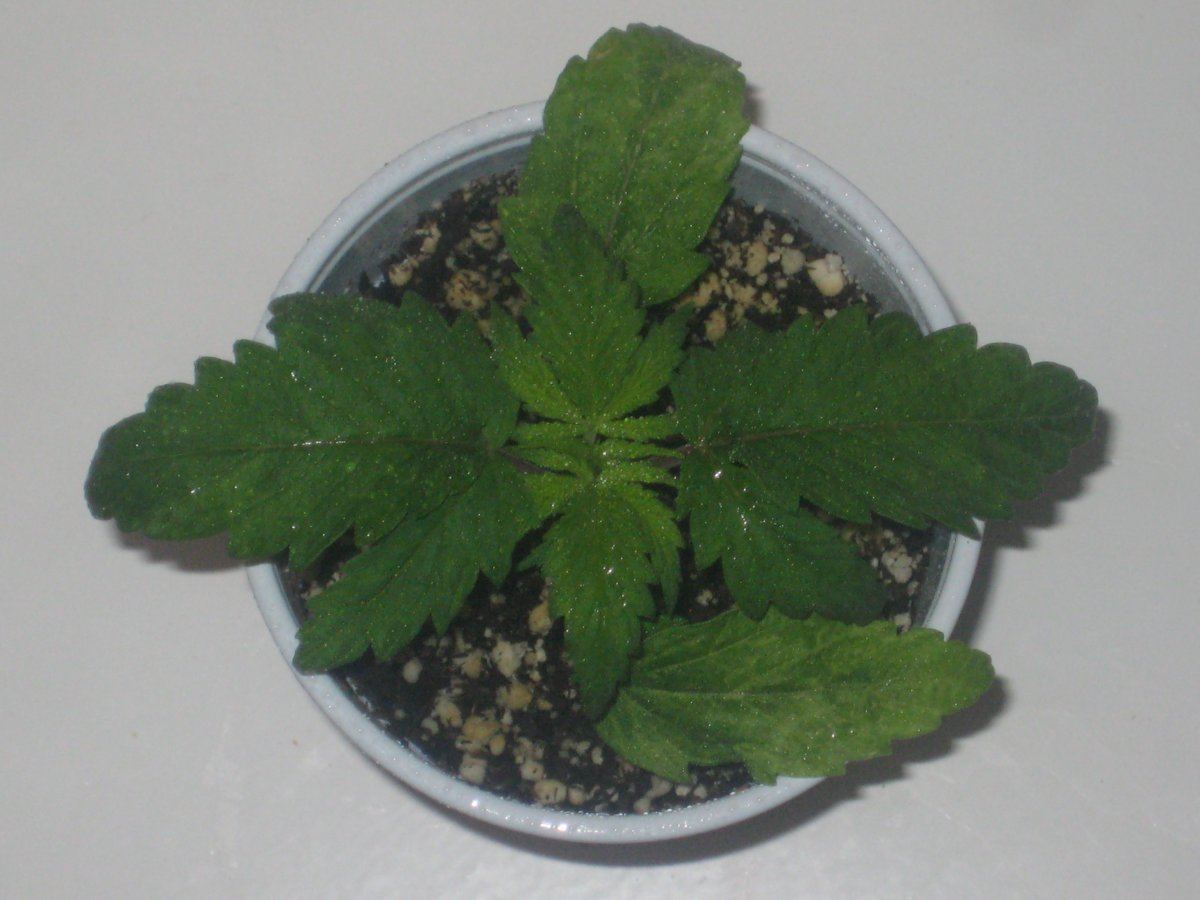 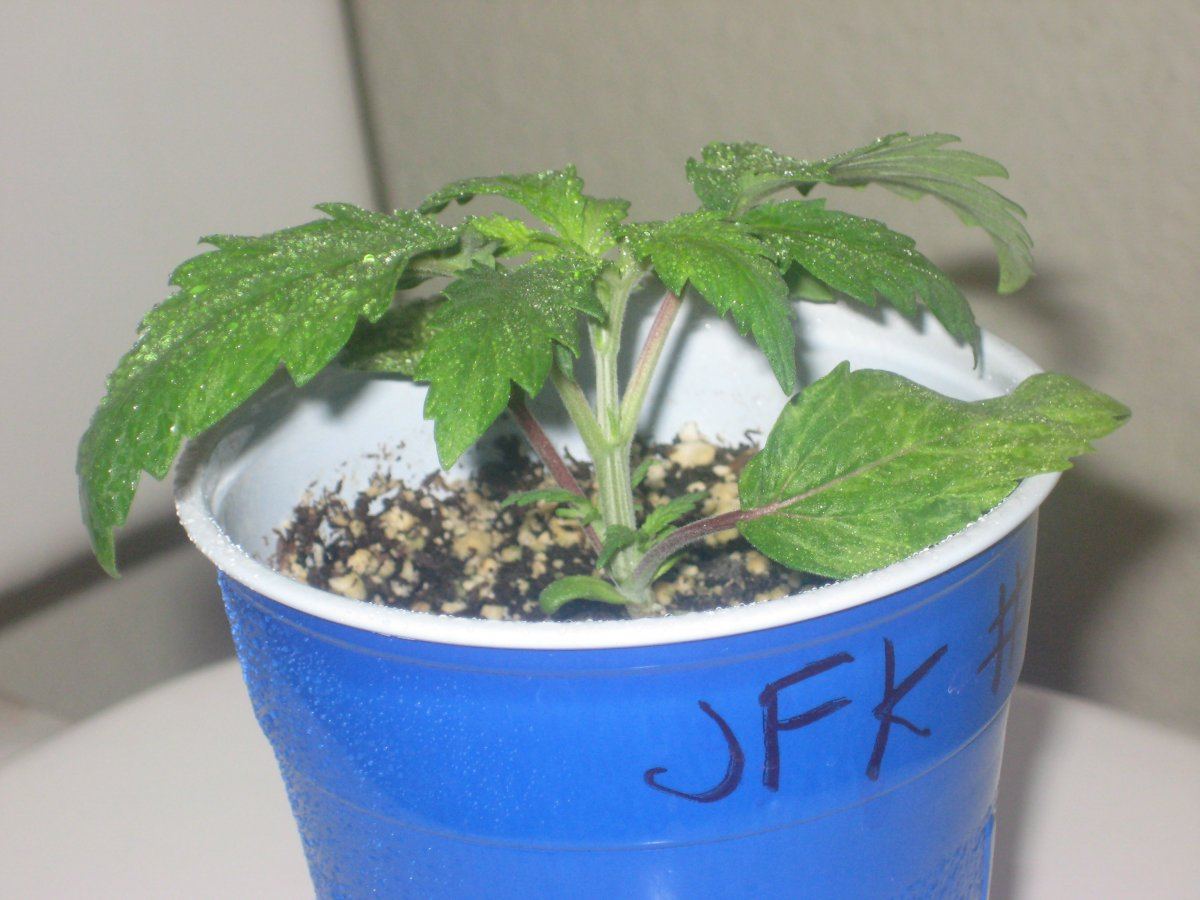 thanx for comin through my dude! i hope i dont make a monster....well...not a bad monster anyway :)