This is for my indoor grow, which consists of three clones taken from my outdoor plant. Temperatures look like they've finally stabilized here in NorCal. In my Outdoor diary I mentioned I took four clones. One was given to a friend and it's thriving in his veggie garden. This diary is for the other three. I have set up a 2x2x4 tent in my garage and needed temps to get closer to "average" before moving them out of my indoor seedling/clone box (a recycled army footlocker). All three were transplanted into 2 gal fabric pots yesterday. I moved two into the tent and have left one in the box (1st picture). This is a budget indoor setup for a small space. All hardware off Amazon. CoolGrows tent. Light is a Viparspectra P1500 (hoping it's good enough for my small space). Exhaust fan is a TerraBloom 4" with Vanleno carbon filter. Grow medium is NFTG#4. My plan is to let them veg for just a two weeks or less, LST, and them send them into flower. Forbidden Fruit x Watermelon Zkittlez in a 9 week flower strain. Momma sprouted 5-6-2020. Comments and suggestions invited! I forgot to mention, this is my first grow (indoor) since 1986-87. Back then, the paranoia got a little much. Now, I'm just having fun.

Hmm. It's been awhile. I ended up placing all three clones (from my outdoor plant) in my 2x2x4 tent. I knew it would get crowded, but I figured if needed I could switch to 12/12 after a short rest period after transplant. I ended up changing the light on 10/1 because I was leaving on vacation. I used Blumats to keep them alive, and I came back after a week and the were doing great! Highly recommend this if you don't have a high-tech grow. I put my light at 75% which I think was a good call considering I was gone. My son called me while I was away. "Hey, a friend has a Grease Monkey clone. Do you want it?" What the hell. I had him put her in my start box and I would introduce myself when I got home. I transplanted her with the intention of keeping her in the start box to veg. I kept her in the box for a week, but the house absolutely reeked! My wife was complaining, so I made room in the tent. It's pretty crowded, but they all look OK. Hopefully I can update before target harvest of 12/15/20, with the Grease Monkey a week later. 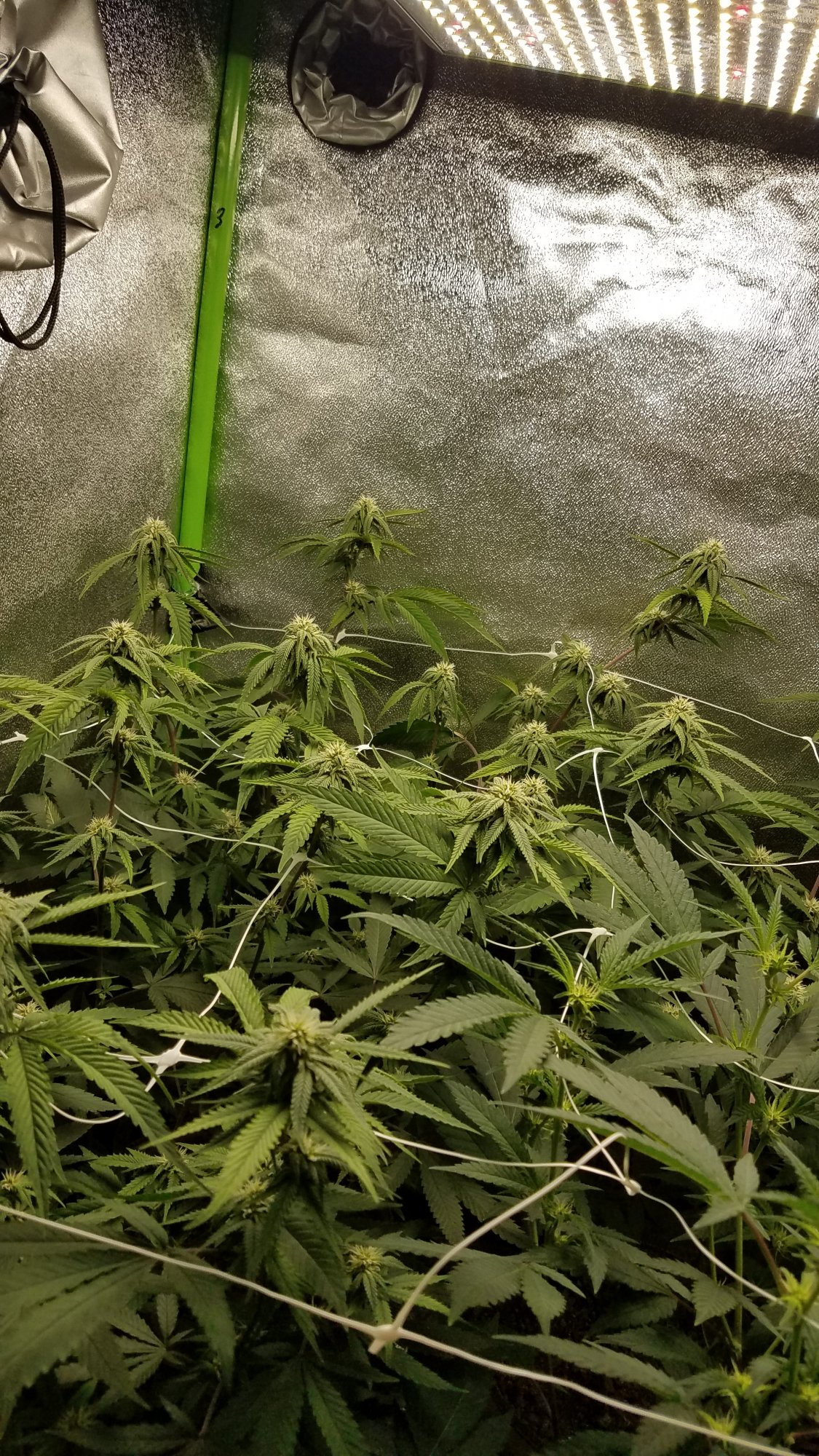 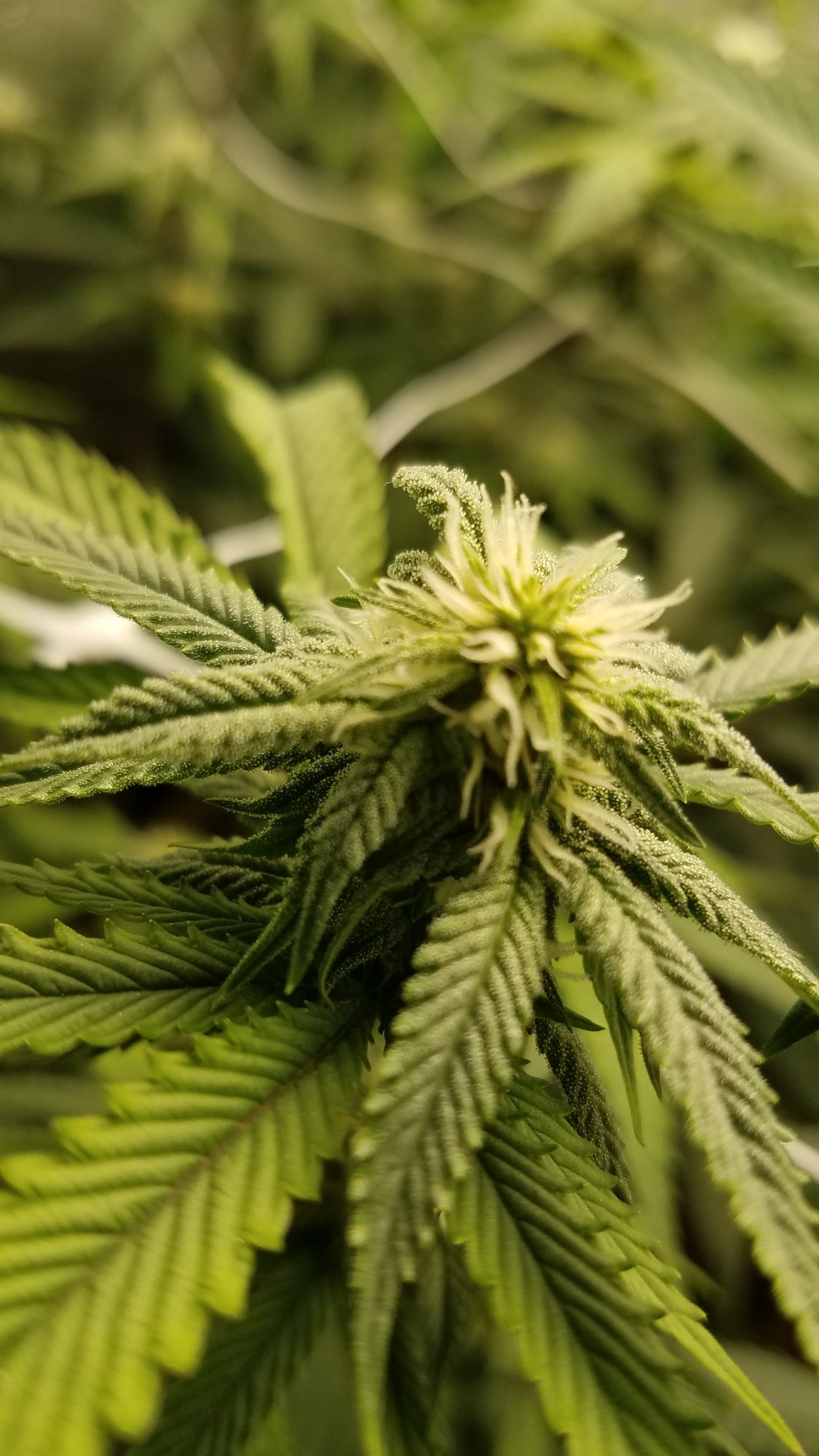 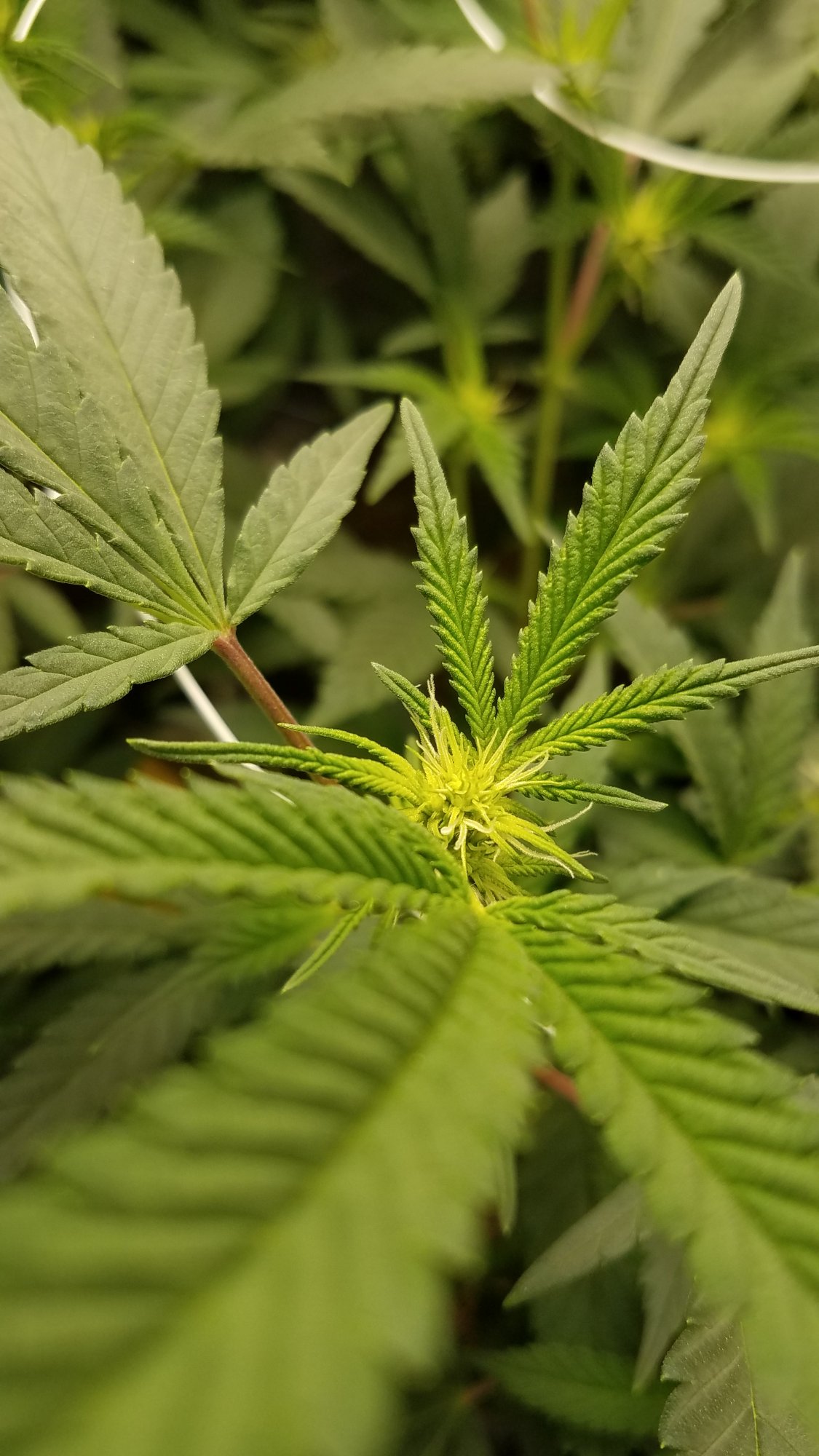 11/9 Update. Beginning the sixth week of flower for a 9-10 week strain. I'm seeing some leaf fade on two of the Forbidden Fruit x Watermelon Zkittlez clones near the tops. Their last feed with Dr Earth All Purpose was about ten days ago, and their last feed was all Nature's Pride Bloom so I've pretty much taken away the N. Is this too much fade? Overall, I'm happy with what I'm seeing. The Grease Monkey looks like she wants to catch up. Since she's a bit behind, she's still getting a small amount of All Purpose. 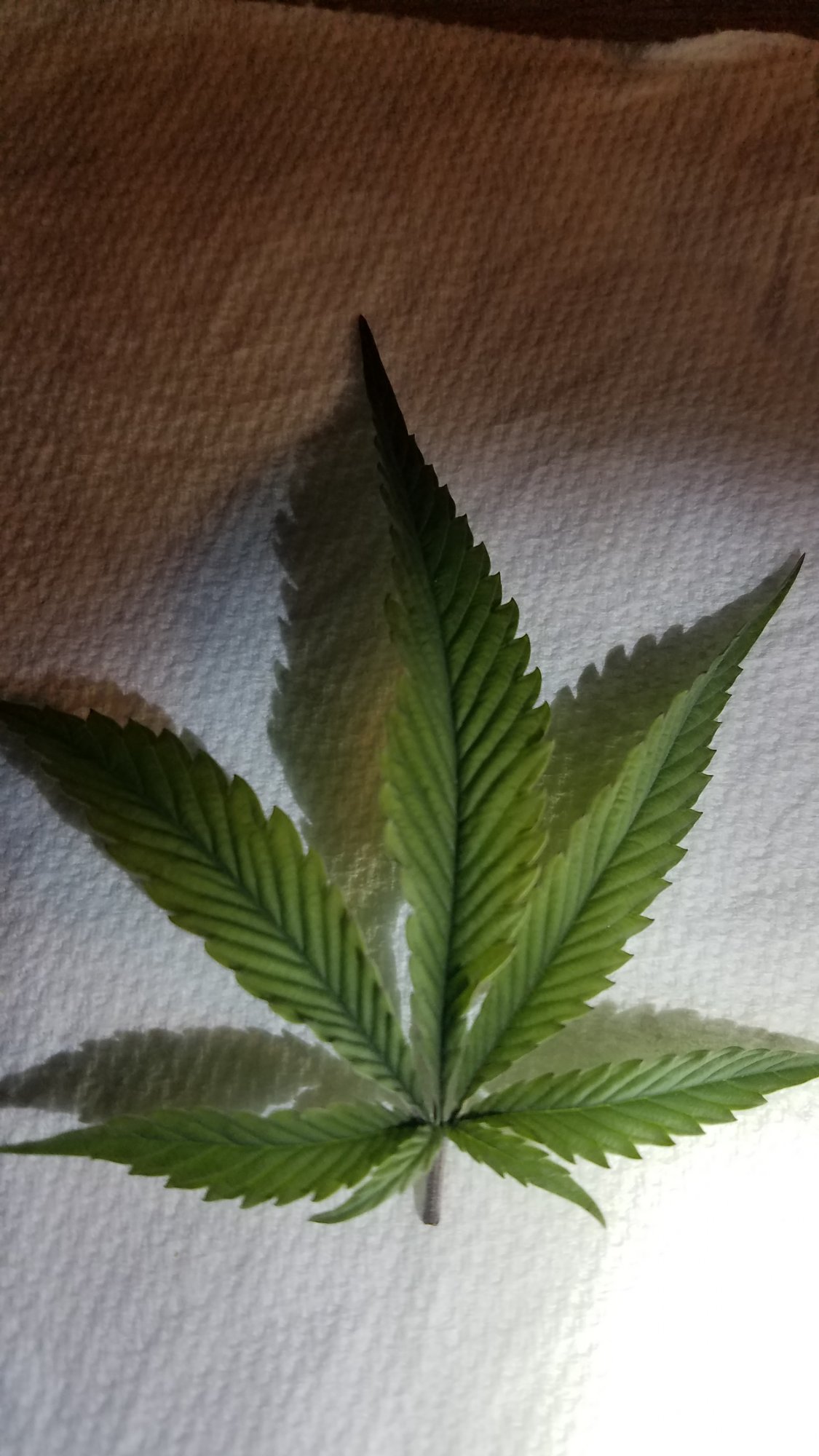 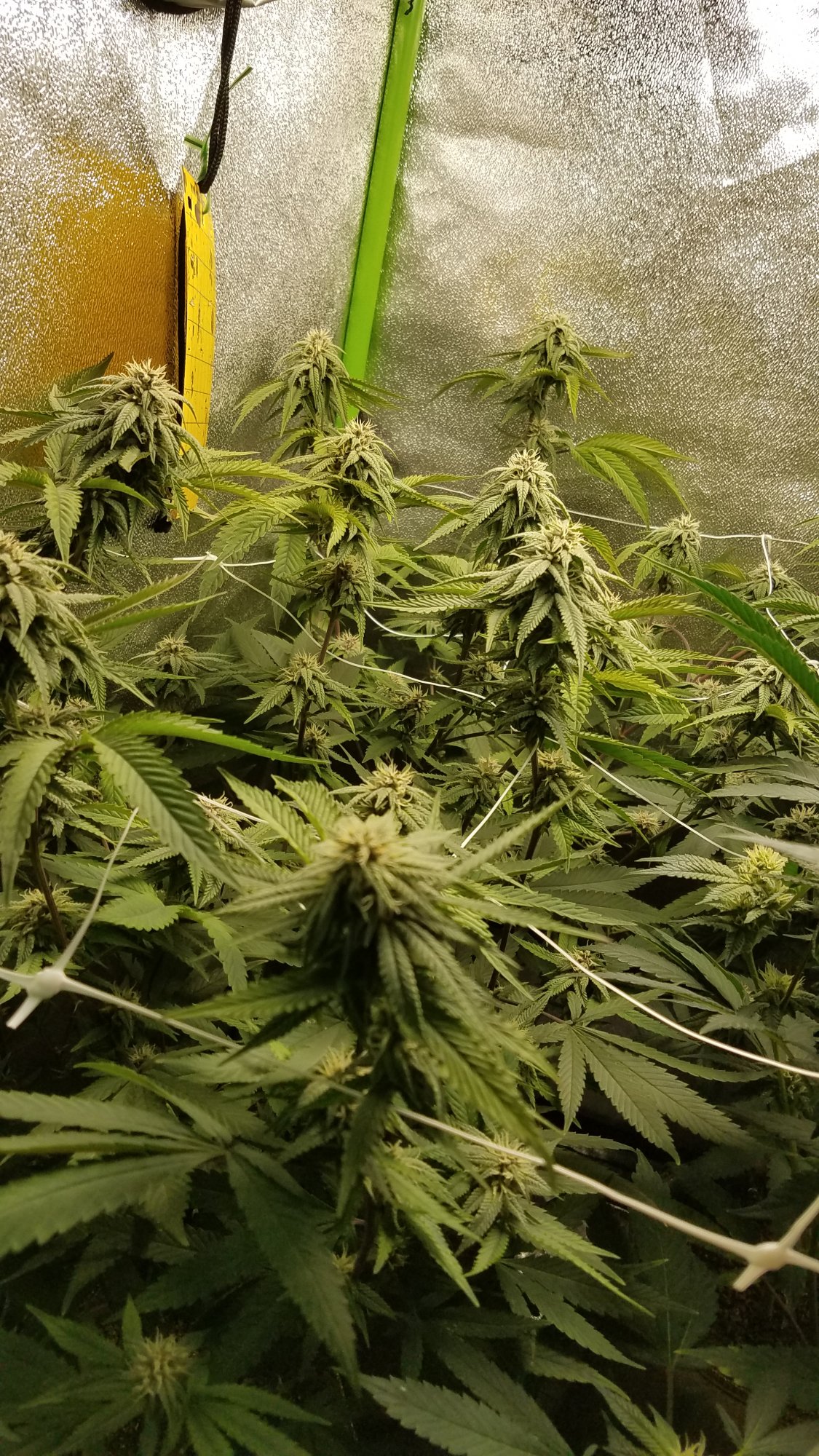 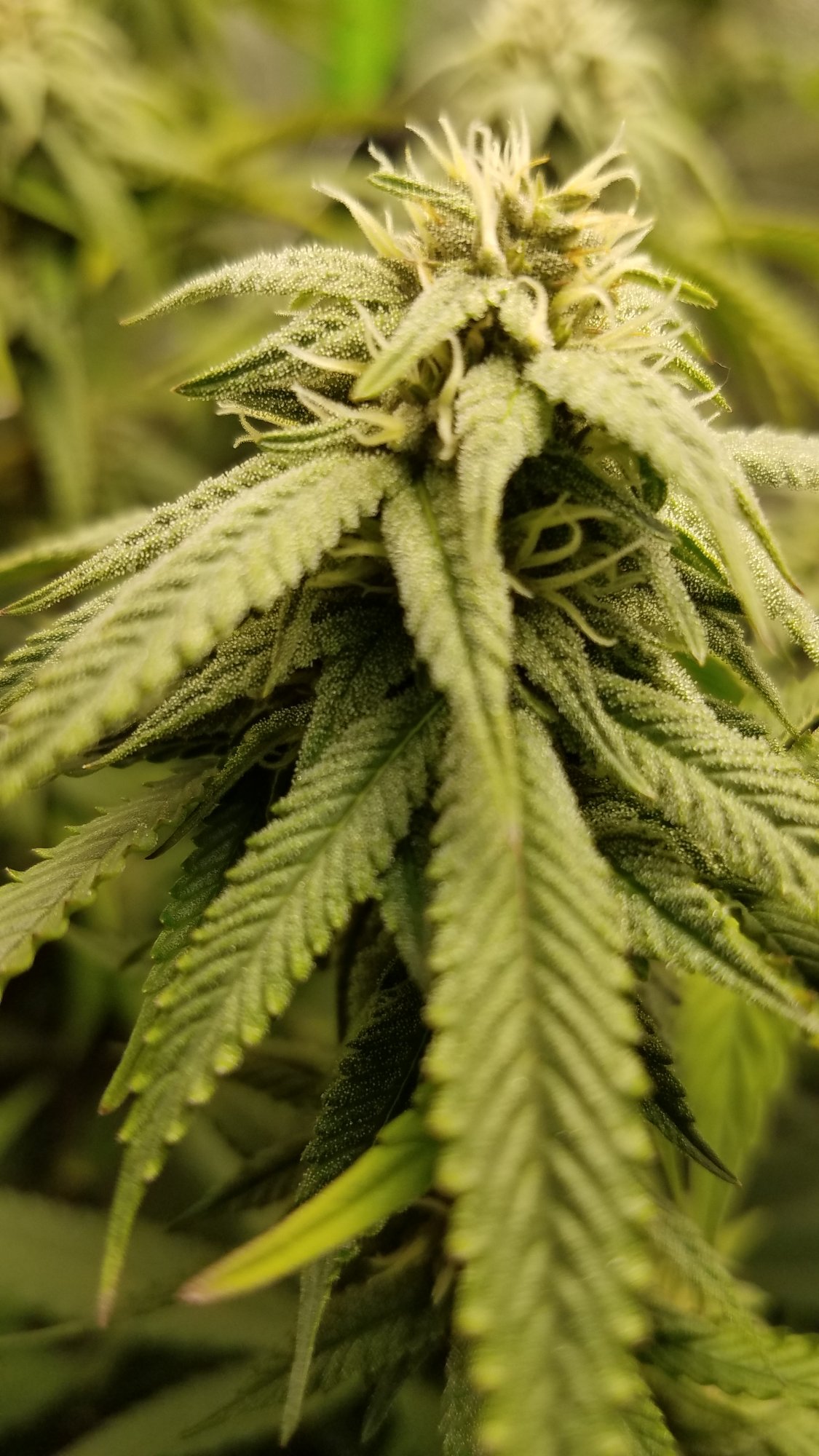 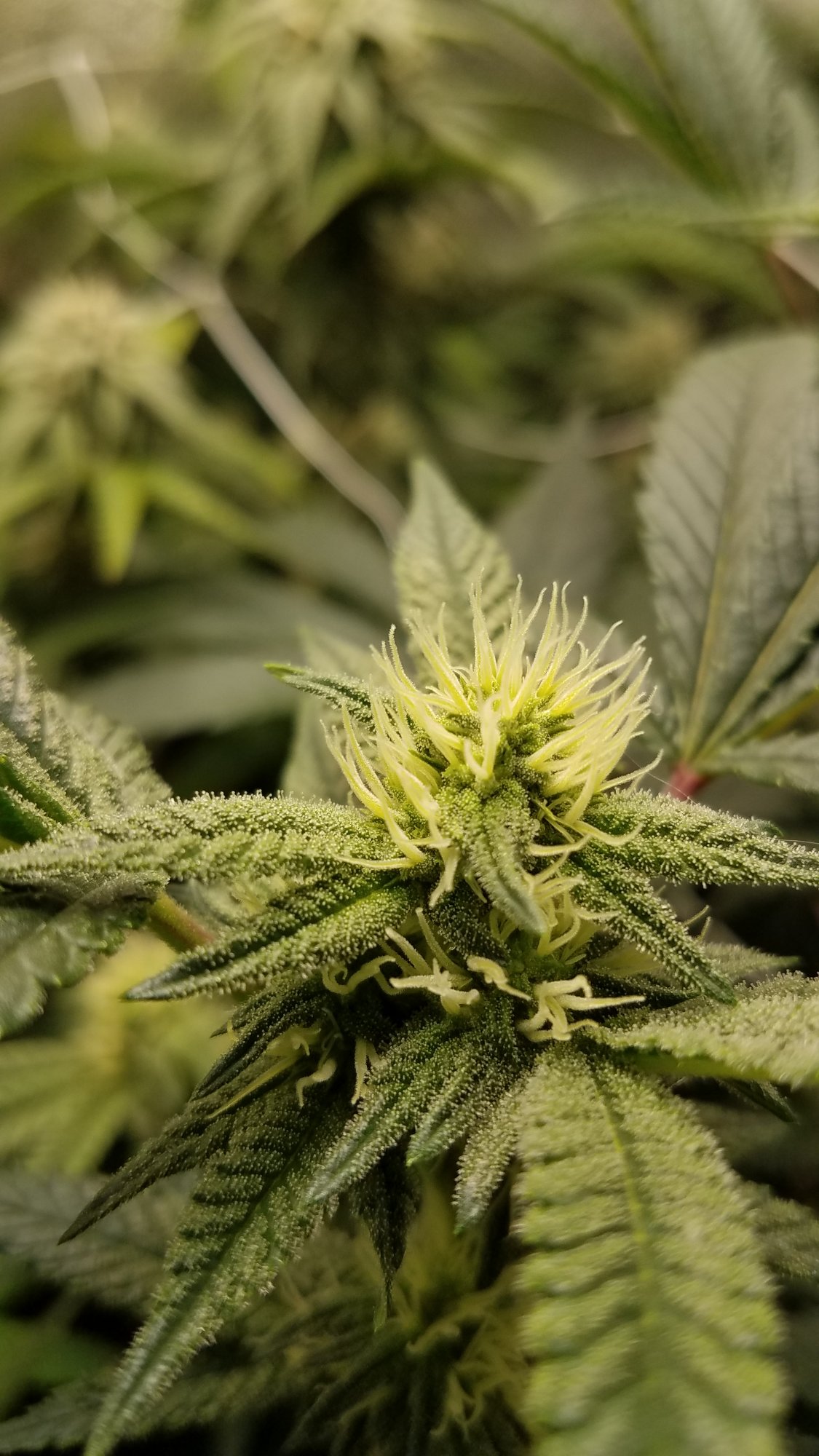 Here are photos from about two weeks ago. I expect I'll harvest the FFxWZ this weekend. The smell is like the candy, for sure. Very nice. Now the Grease Monkey is a different little girl. She's all fuel,exotic spice and dense nugs. Naughty for sure! I will take her down in about three weeks. Photo 1 Garden with Grease Monkey in lower right. Photo 2 Grease Monkey. Photo 3 FFxWZ. Already planning the next cycle. I'm trying autoflowers. 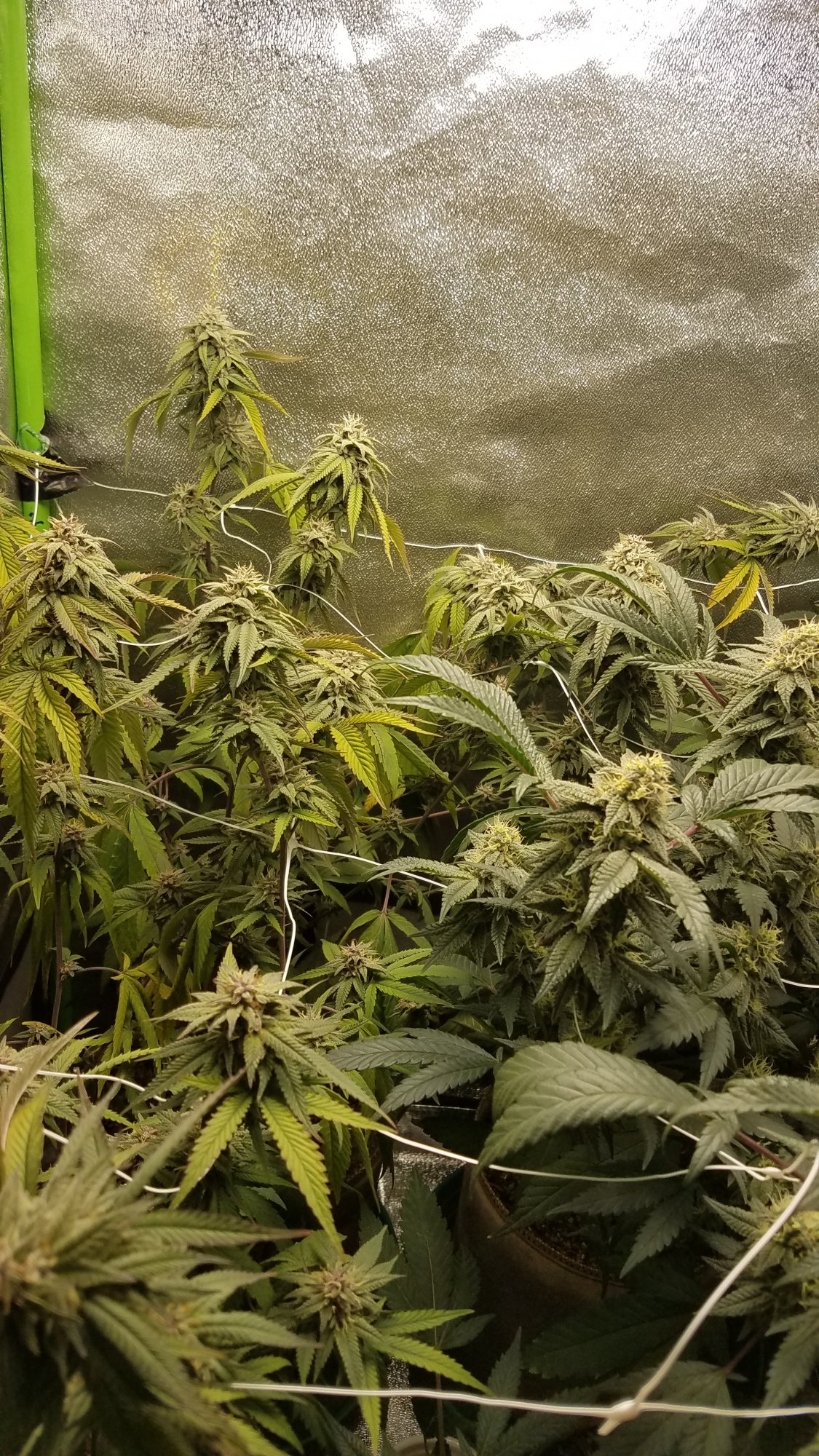 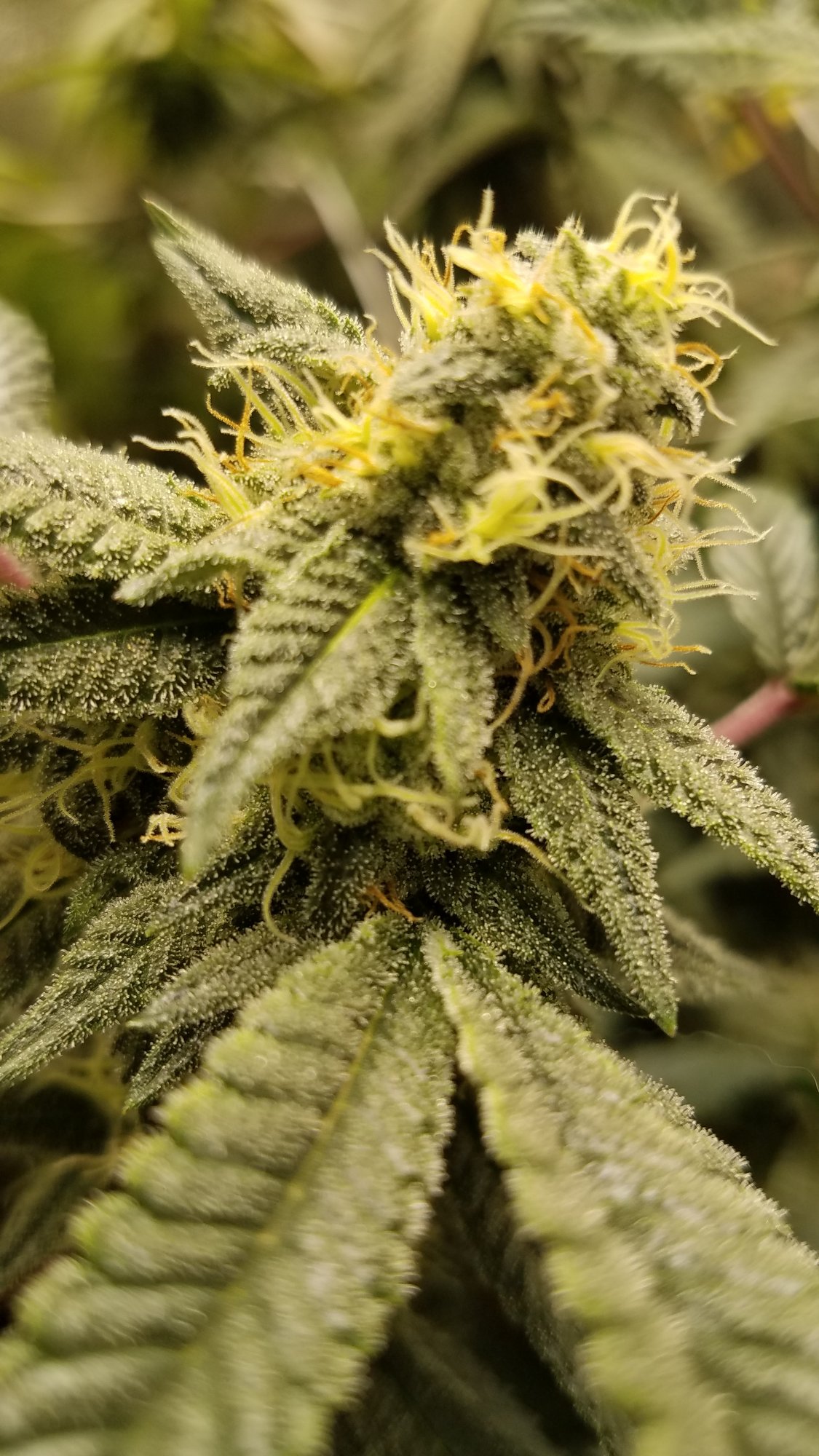 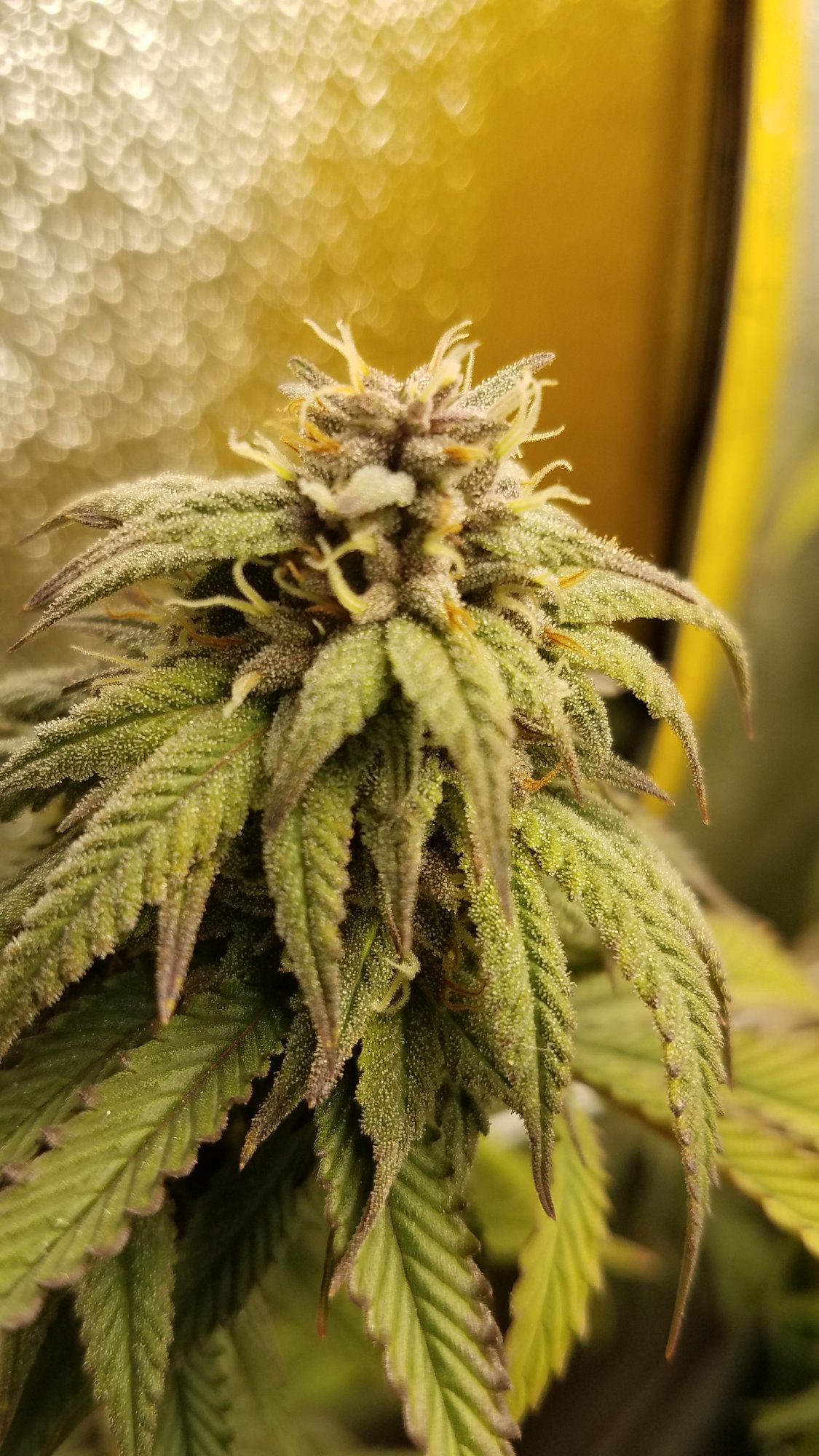 First indoor grow, any tips? Can apply pictures if needed