The Differences Between Indica vs Sativa Cannabis Strains 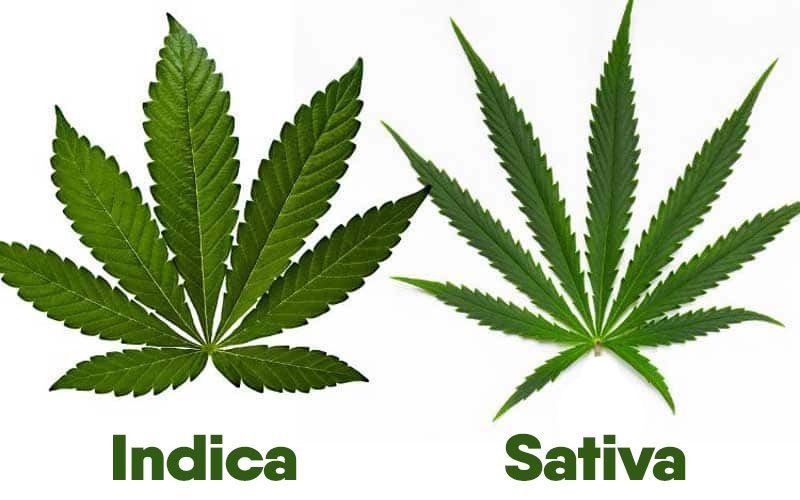 Cannabis is a widely misunderstood plant that is also widely loved. When it comes to replacing options for pain medications, anxiety medications, sleeping, eating, and other types of drugs, many people are turning to cannabis. There are also those who used to reach for a beer or an afternoon cocktail. Many of these folks are finding a joyful experience from cannabis.
Cannabis is making news headlines every day, it seems.

More places than ever before are starting to legalize cannabis use, consumption, sales, and cultivation. With this widespread legalization, access to cannabis is more readily available for people. You may have been smoking cannabis for years, but stepping into a retail cannabis store these days can leave you with a little bit of confusion.

If you're looking to grow cannabis at home, you will also want to be clear about what type of cannabis you are growing. Upon entering a cannabis dispensary, you will typically be asked what you're after. If you are unsure, like so many are, the budtender most commonly will ask you if you're looking for an indica or sativa.

What is the difference between Indica and Sativa?​

Indica and sativa are the two basic varieties of cannabis. The main difference is that indica has shorter and fatter leaves, and has a relaxing effect. Sativa has longer, finger-like leaves and is known to have an uplifting, energizing effect. They have several different distinguishing factors that make each one of these varieties unique. Both indica and sativa cannabis strains can and most often do very in characteristic traits from grower to grower.

You can have one grower cultivate a specific cannabis strain from, say, Humboldt CSI, and you can have another grower grow that same strain, yet, they can both end up coming out very different from one another. It's not always about indica or sativa. Sometimes it's about who's growing the cannabis you're consuming. With that in mind, let's take a look at Indica vs Sativa to distinguish the differences between the two.

What is Indica Cannabis?​ 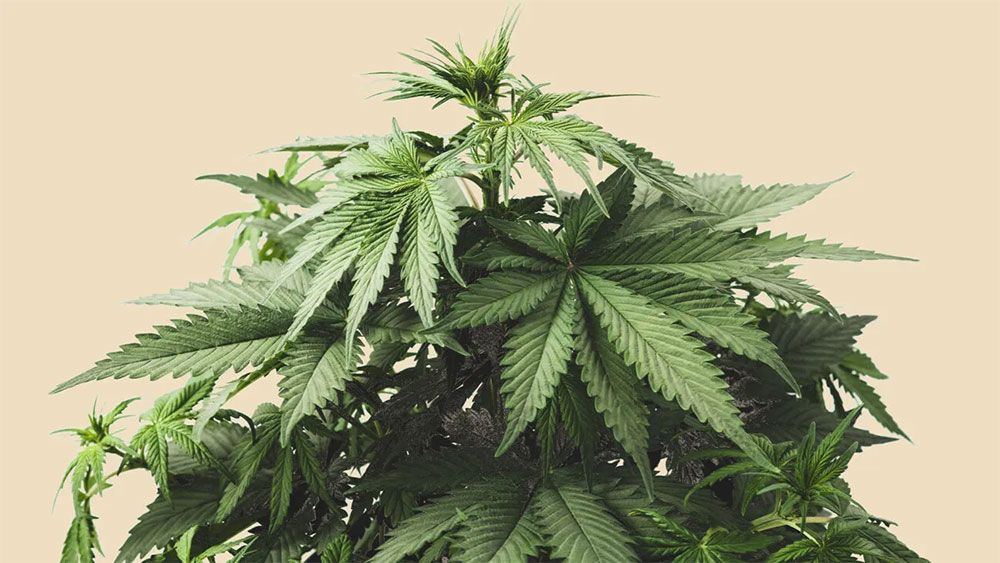 When Indica cannabis plants are growing, they look very different from sativa. Indica cannabis plants for the most part, are short and bushy with fat fingery leaves. They produce trichome-rich buds just like sativa cannabis does. Indica varieties of cannabis are oftentimes associated with pain relief and a relaxing couch-lock type of buzz. A budtender normally will ask you if you're looking for something to pick you up or help settle you down. By pick you up, they mean sativa, and by settle you down, they're talking about indica.

What are effects of indica? How does Indica make you feel?​

Common effects with indica strains include feeling relaxed, euphoric, happy, or sleepy. They can also help tackle pain. Indicas are commonly known as nighttime strains, which help to relax or unwind at the end of the night.

When should you take indica?​

Because of its relaxing effect, it's best to take indica in the evening or nighttime.

What are popular indica strains?​

What is Sativa Cannabis?​

Sativa cannabis is what they say you're looking for when you want a buzz that won't leave you relaxed, sedated, or couch-locked. Sativa varieties of cannabis are said to have originated in warm, humid, climates such as Central America, South America, and Southeast Asia. Consumers most commonly look for sativa cannabis strains when they are looking for an energizing buzz. Sativa varieties of cannabis are known to be more prominent in THC than CBD when compared to Indica cannabis strains. 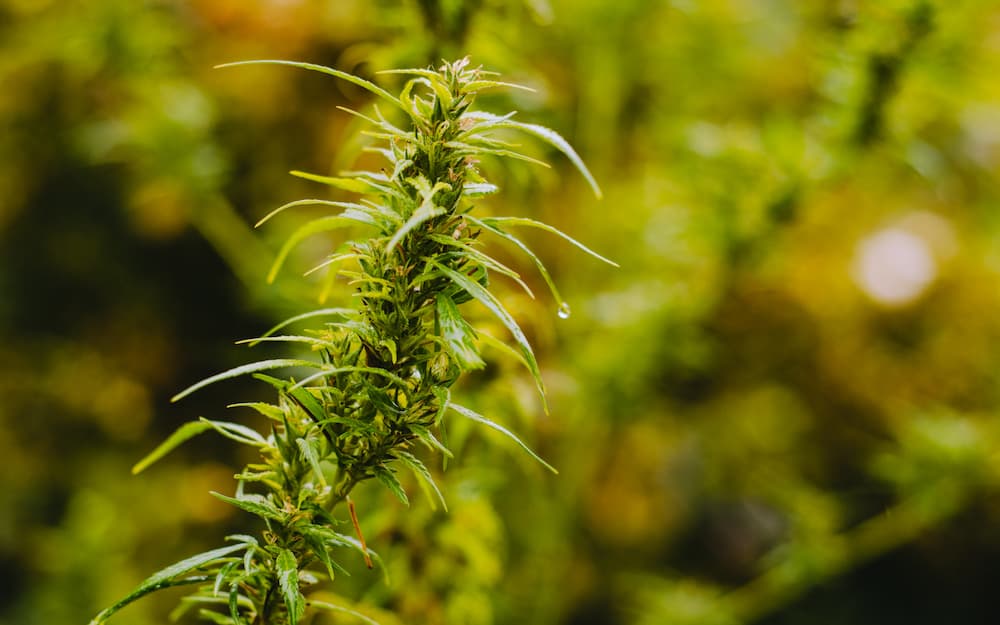 When sativa cannabis is growing, it looks much different than indica. For the longest time, the United States saw a lot of sativa cannabis brought in from South America and Mexico. It was very common for people who grew cannabis to have tall lanky plants with long skinny finger leaves.

Sometime during the 1970s an old hippie that went by the name of maple leaf Wilson was said to have brought the Indica variety of cannabis into California from up in Canada. It was common for hippies during the seventies to travel the hippie trail in search of unique cannabis strains that they were not used to finding in the states. Maple leaf Wilson got his nickname because the cannabis grown from the seeds he sold resembled Maple leaves rather than the typical long linking fingery sativa style leaf that many were used to in the US.

Today, when you walk in a retail cannabis store and tell the budtender you're looking for something to help keep you going, perk you up, or fight pain while staying clear headed, they most commonly will point you in the direction of sativa cannabis strains. Sativa cannabis strains are known for creating uplifting, energizing, and euphoric effects on consumers.

What are effects of Sativa? How does Sativa make you feel?​

Sativa often produces what's known as a “mind high,” or an energizing, anxiety reducing feeling. Some people claim that sativa weed helps them feel more productive and creative, without being relaxed or lethargic.

When should you take Sativa?​

Because of the stimulating impact, it's best to use sativa in the daytime.

What are the most popular sativa strains?​

Common myths and misconceptions about sativa and indica​

Some people avoid sativa cannabis like the plague. They say that sativa cannabis strains cause anxiety. This is a common misconception that is associated with sativa because it is said to be an uplifting or energetic buzz. Some people avoid Indica cannabis strains because they fear couch lock. A couple of Puffs off of an Indica is too much and they will find themselves unconscious or unable to function properly and get through their day.

This too, is a common misconception. The truth about cannabis is that it has the potential to treat every individual differently. You truly will not know what a strain of cannabis does or how it affects you until you try it. There are also many things that will determine the effects it has on you. Are you trying it in a prohibition place, meaning are you breaking the law while doing it? If so, you might find yourself just a tad paranoid.

A note on hybrids - how do they compare to sativa and indica?​

Unless you're dealing with a landrace cannabis strain which is a specific cannabis strain that is pure indica or sativa you're getting a hybrid. Most cannabis strains today are a mix of several others. Before you decide whether you're a fan of indica or sativa, make sure that you try them both with an open mind. Try not to pay attention to the hype about couch lock or wanting to go and mow the yard after you smoke.

Just see how different cannabis strains treat you and come up with your own opinion. Indica and sativa are great guidelines for cannabis consumers when purchasing cannabis but should not be the deciding factor on what variety of cannabis you go with. Which will you choose, indica or sativa?
Click to expand...
Reactions: Green_acres_816, biggerbud420, vancoast_ca and 4 others