How Elizabeth Warren would legalize marijuana and fight 'Big Tobacco' 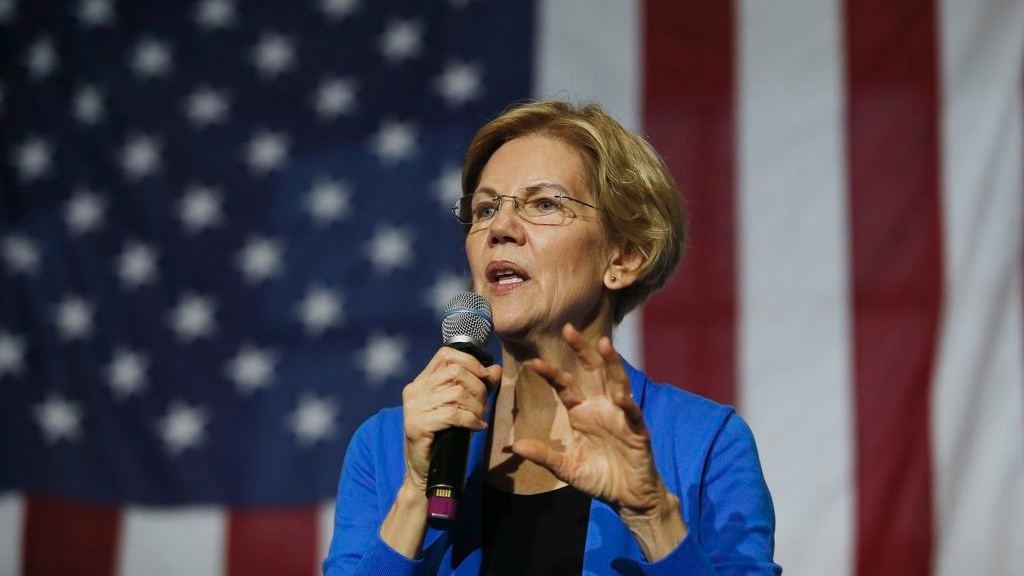 US Senator Elizabeth Warren unveiled a plan for federal marijuana reform Sunday, calling for legalization as well as a series of policies aimed at righting the wrongs of the drug war and promoting involvement in the legal industry by communities harmed by prohibition.

In the “Just and Equitable Cannabis Industry” plan the 2020 Democratic presidential candidate slams the “racist ‘War on Drugs’ policy” perpetuated during the Nixon administration and the mass incarceration that has followed.

She also introduces several ideas, such as using her executive authority to begin the federal legalization process within 100 days of taking office, respecting the sovereignty of other nations to legalize marijuana, protecting immigrants who participate in the legal industry, empowering veterans to access medical cannabis, and ensuring that corporations aren’t able to monopolize the market.

Further, the Warren plan promotes unionization in the marijuana industry, protects Indian tribes’ authority to enact their own reform programs, and lifts a current ban so that Washington, D.C. can use its local monies to implement legal marijuana sales

“Even as the federal government has held fast to its outdated marijuana policy, states have led the charge in adopting thoughtful, evidenced-based marijuana policy,” the six-page document says. “And what have we learned in the eight years since the first states legalized marijuana? Legalization works.”

The senator details the progress of the legalization movement and the economic potential of the industry, and she argues that access to cannabis has been shown to play a role in mitigating the opioid epidemic.

She also notes that marijuana arrests have continued to increase nationally — and they continue to be carried out on a racially disproportionate basis.

“It’s not justice when we lock up kids caught with an ounce of pot, while hedge fund managers make millions off of the legal sale of marijuana," Warren wrote in the plan. "My administration will put an end to that broken system.”

Warren’s proposal is two-pronged. The first objective is to “address the disproportionate enforcement of our drug laws" by urging Congress to pass comprehensive marijuana legalization bills, expunging prior cannabis convictions, and ensuring immigrants aren’t penalized for participating in state-legal marijuana industries, among many other things.

Warren’s second broad objective as described in the plan is to “prioritize opportunities in the cannabis industry for communities of color and others who were harmed by the failed policies of the past.” That will involve working to support unions, allowing banks and financial institutions to service cannabis businesses, and preventing large corporations from overtaking the marijuana industry.

“For four decades, we’ve subscribed to a ‘War on Drugs’ theory of crime, which has criminalized addiction, ripped apart families — and failed to curb drug use,” the plan states. “Legalizing marijuana and erasing past convictions won’t fully end the War on Drugs or address its painful legacy, but it’s a needed step in the right direction.”

“Legalizing marijuana gives us an opportunity to repair some of the damage caused by our current criminal justice system, to invest in the communities that have suffered the most harm, and to ensure that everyone can participate in the growing cannabis industry. We have an opportunity now to get this right, and I’ll fight to make that happen.”

Warren also calls out former House Speaker John Boehner in her proposal, stating that the country “cannot allow affluent and predominantly white hedge-funders and capital investors to hoard the profits from the same behavior that led to the incarceration of generations of Black and Latino youth.”

“Boehner, who declared that he was ‘unalterably opposed’ to legalization while in Congress, now profits handsomely as a lobbyist for legalization even as others continue to live with the consequences of a prohibition he defended,” she points out, referencing the former speaker’s role as a board member at the cannabis firm Acreage Holdings.

Many experts said Warren’s 100-day plan would probably be legally and practically more realistic than US Senator Bernie Sanders’s recent proposal to use an executive order to legalize marijuana in all 50 states on day one of his presidency.

While Sanders initially proposed something similar to Warren — appointing key officials within his administration who would pursue legalization during his first 100 days in office — he shifted gears last month and pledged to deschedule cannabis on his first day in the White House.

Last year, Warren laid out a criminal justice reform plan that called for marijuana reform, as well as the legalization of safe injection sites where individuals could use illicit substances under medical supervision — a move also backed by Sanders.

Warren and Sanders stand in stark contrast to former New York City Mayor Mike Bloomberg and former Vice President Joe Biden, both of whom are the only contenders in the Democratic race who remain opposed to ending cannabis prohibition.