So this is my second grow. My grow setup is in my basement in my old laundry room. I'm using an 8-panel T-5 light setup with 4/4 red/blue spectrum. Both grows have been started from Auto-flowering seeds, 4 different strains in soil. My first grow, I was pretty happy with and so I figured I'd follow the same path for the second grow, with the exception that I decided to FIM several at about week 4 to 5 once I had 4 to 5 nodes.

Within a week the plants I fimmed started flowering. The ones I didn't kept growing. I didn't FIM all of them in case it went bad. Well the fimmed plants did what they were supposed to do and created 4 to 6 cola buds and there appeared to be more "smaller buds" that were also much larger than during my first grow.

I've been fertilizing once a week and watering in between. I've been using the Buddah grow and Buddah Bloom supplemented periodically with Epsom salt, ground egg shells, and unsulphured black strap molasses. Feed water is around 6.5 pH. (my first grow I never even measured pH) During my first grow I had a couple leaves start to turn yellow and that's how i ended up adding the Epsom salt and calcium to my schedule. That seemed to fix it then.

About day 50 while I was out of town my wife called and said that one of the plants had several leaves turning yellow. Wasn't much I could do as I was out of town, so I had to hope nothing major happened in the next few days. Got home, did an extra feeding of Epsom/calcium and I trimmed those really bright yellow leaves off figuring they were just sucking energy at that point, the plants needed a little trim anyways.

Well we're at day 74 (40 to 45 days flowering depending on which plant it is) and pretty much I'm fighting the yellowing on every single plant, except for the one plant I didn't FIM, that still hasn't flowered yet. Since the only difference was the flowering, I'm assuming that all the extra cola buds and other buds have really upped the nutrient needs compared to my first grow.

The last couple weeks I've doubled up on the fertilizer and other stuff, but to no avail. The buds all look good still and the little bud leaves are still green. All the other leaves eventually turn yellow as they grow bigger. I've been trimming them off every couple days to not use up nutrients.

One other thing is I realized that the humidity level in the room has dropped all the way into the 20's, not really sure when actually as it wasn't an issue the first part of the grow and I figured humidity would increase. New bigger humidifier is up and running to get that back up. My first grow I had to buy a dehumidifier as I was fighting too much humidity that time as it never dropped below ~50.

Now that I'm in full flower, how much can I really defoliate? Can I take all the non-bud leaves, or should I keep doing it as needed. At this point I'm just trying to last long enough to ripen as many buds as I can. Anything else at this late stage I can try?

Attached are a couple photos of the yellowing stages. Thanks in advance. You can take all that big ugly stuff off. Its eating and taking in energy but damaged and sick. Never take more than 1/3 away at a time.

What week of flower are you in? Ita normal for lower leaves to yellow towards the end of flowering. Shit even upper leaves if your pushing the shit outta your strains

I'm week 6+ of flowering. The photos attached are a little old honestly, but representative of the problem. At this point it's happening on alot more leaves than indicted of a single leaf here. I can probably pull 5 leaves a plant every other day or two.

Colabud47 said:
I'm week 6+ of flowering. The photos attached are a little old honestly, but representative of the problem. At this point it's happening on alot more leaves than indicted of a single leaf here. I can probably pull 5 leaves a plant every other day or two.
Click to expand...

Just pluck em out. I wouldnt stress and finish strong

It is normal for dying leaves to occur the closer to flower. I would like to see a newer pic of the flowers if you got em? Especially since autos have a short life cycle. I’d say if your close to harvest take some of those leaves that are yellow off and continue.
also what is the ph of the medium your using?

RealizedReal000 said:
It is normal for dying leaves to occur the closer to flower. I would like to see a newer pic of the flowers if you got em? Especially since autos have a short life cycle. I’d say if your close to harvest take some of those leaves that are yellow off and continue.
also what is the ph of the medium your using?
Click to expand...

Feed water going in is about 6.5pH. I just ordered a tds meter to see what kind of ppm is coming out. Couple flower photos from Friday. 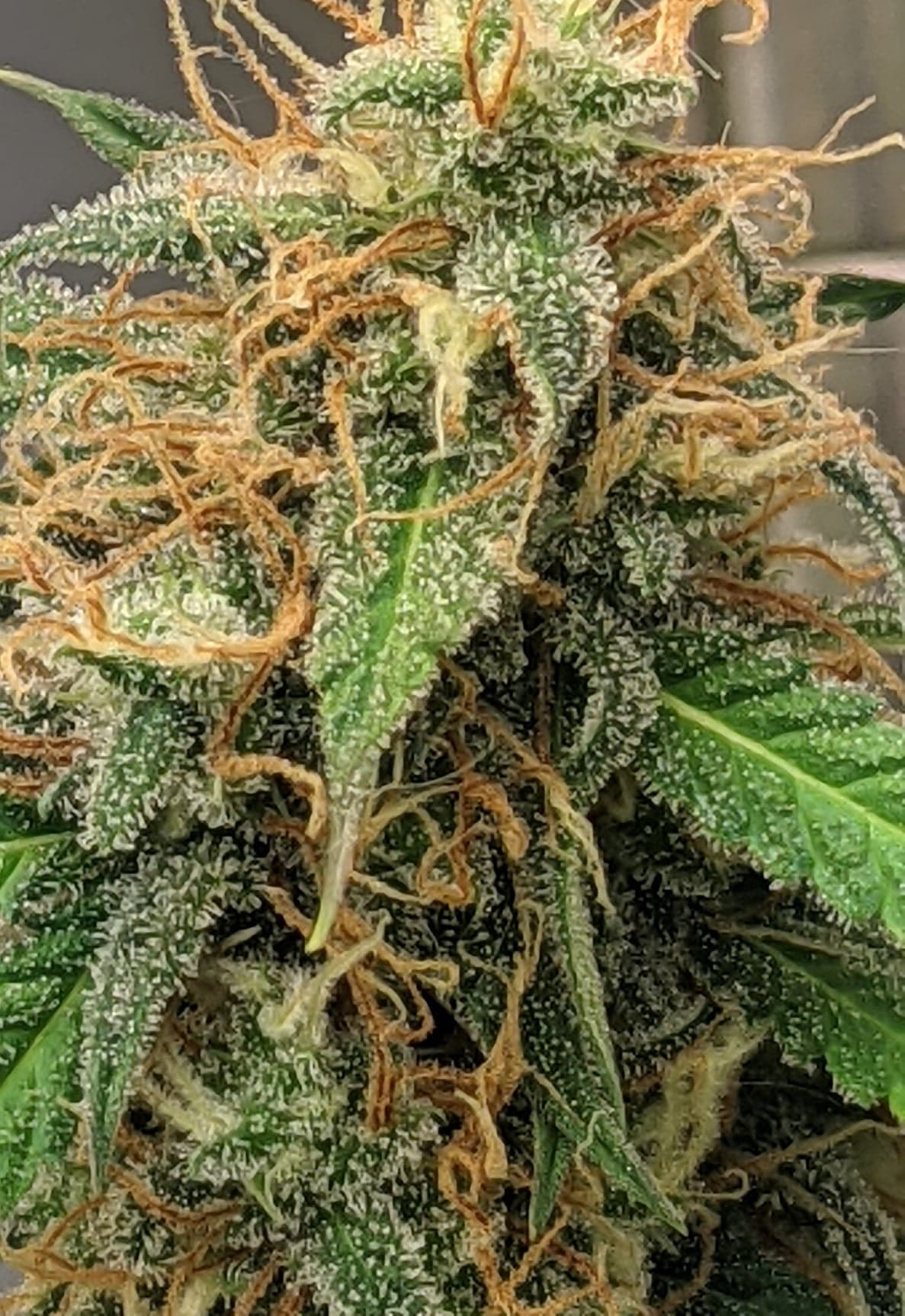 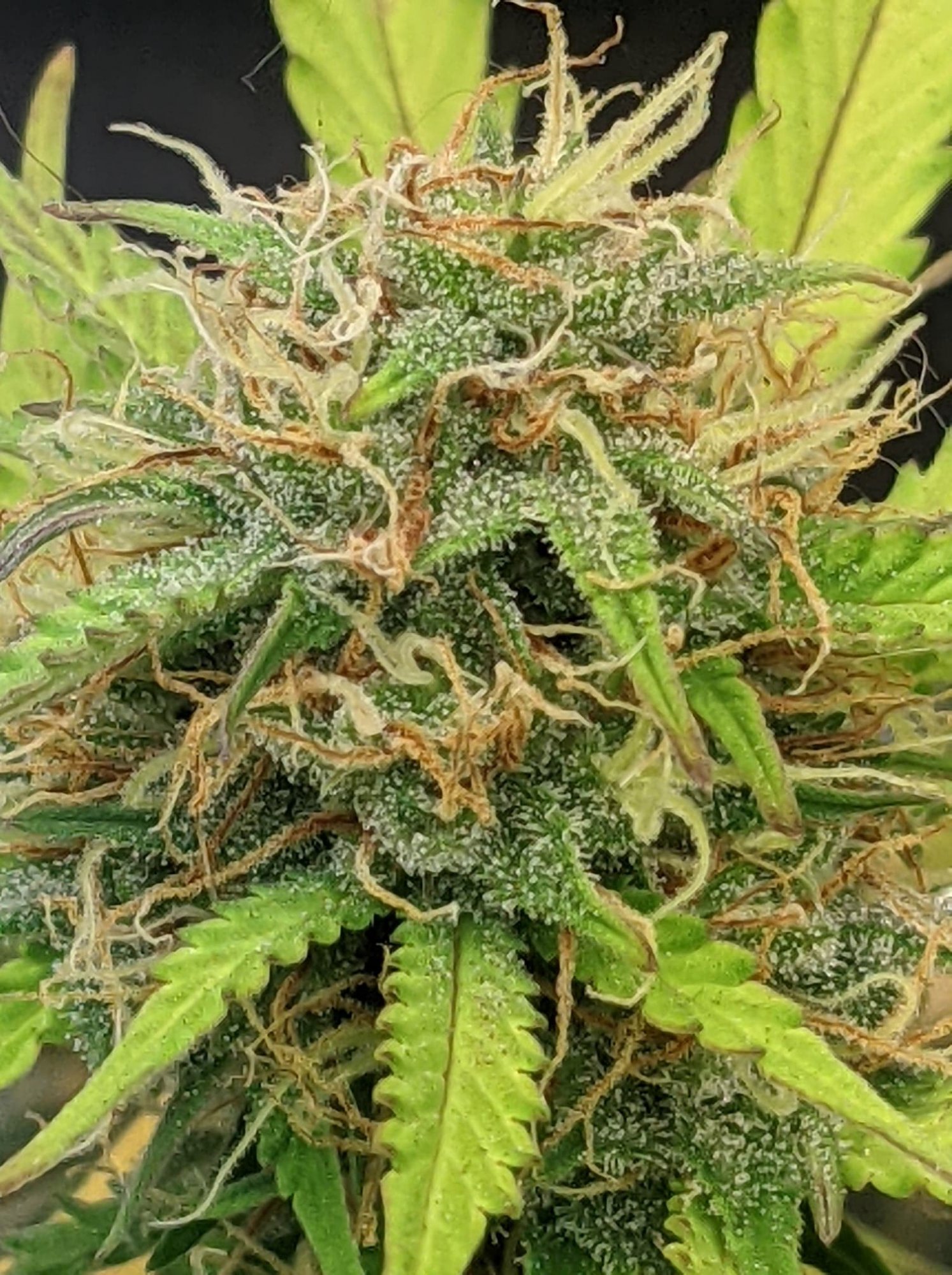 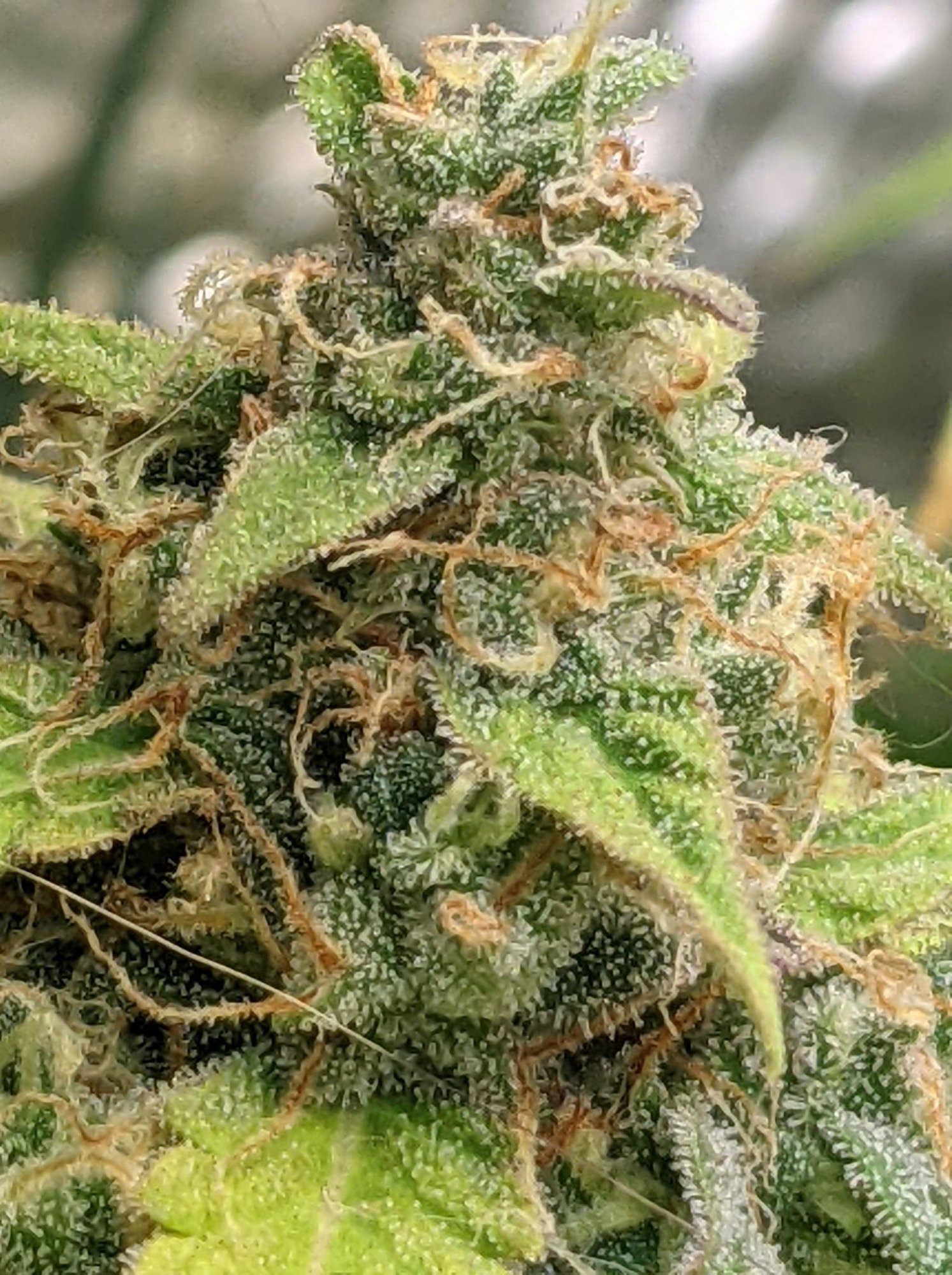 I meant the medium ph. You may be watering at a ph 6.5 but if you don’t have a ph soil tester check the run off just in case. :)

I have one of those three-way meters that does moisture, pH, and light, so I can't seat to the accuracy or the precision. The meter hangs around the threshold between 6 and 7, which is essentially the bottom of the gage. Tomorrow I'll try and measure the run-off with my liquid pH meter.

All the plants were fed the same each time together, so the feed water was the same across the board and was kept around 6.5 pH. I never measured ppm/EC on either of the first two grows until now.
You must log in or register to reply here.

Do I need to feed?

Help, autos too bushy can i defoliate

Buds drying on plant, a week into flush
2