Another kick at the can.

Everything is down and drying. I heavily used beneficial bacteria throughout the run to boost nute uptake and deal with any root zone pathogens, so i ran an H202 solution this morning to kill off any residual bacteria before pulling my roots. Pumping out the flush solution everything was clear and clean smelling. I put a litre of 29% H202 into the 50 gallons of RO water and ran it with aeration for about 6 hours before draining.

At the drain out i found a cloudy epicenter that had a vinegary odor; root rot had been controlled but not eradicated. Next run i'll rethink using Delta blocks and just put my rapid rooters straight into hydroton filled netpots; top feeding until the roots hit the nutrient solution.

My inline MagDrive drain out pump also started making that running dry sound after the H202 solution was put in so i'm not sure if there's a clog in the UC drain-out line or i let the pump run dry during the flush change out. I'm trying to avoid getting that solution on my floor and wondering if anyone has a way of priming an inline MagDrive pump?

Here's one of the small just trimmed buds, off a mid level branch; 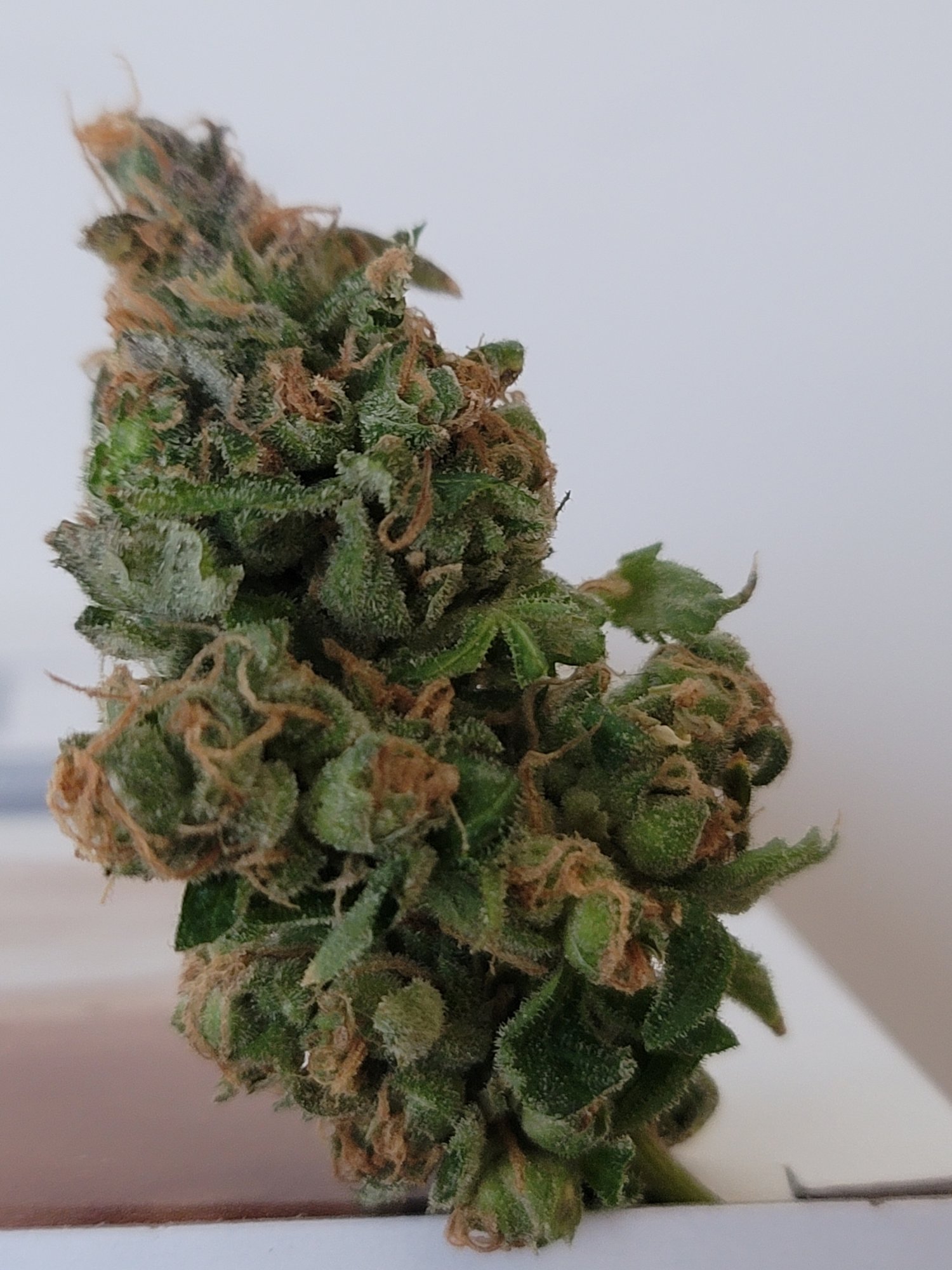 Nice, what do you think you'll get dry weight?

Not sure, root issues took a toll and i'm a piss poor judge of what something will dry out to.

As a personal use med grower weight has never been a big consideration for me beyond having enough to last till next harvest. Ran out of space on ceiling cord and had to flip open a drying rack.

Smells nice and fruity, even after olive oil and soap the smell lingers on skin.
You must log in or register to reply here.